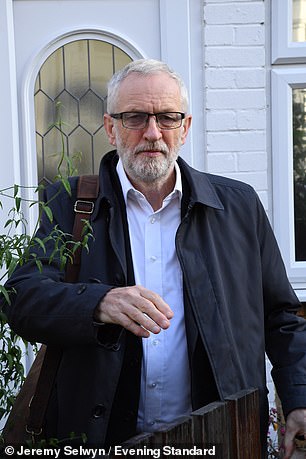 The former Labour prime minister bemoaned the ‘infantilisation of British politics’ as he warned that the opposition’s strategy risked allowing the Tories to win a majority.

Mr Blair, a long-term supporter of a second Brexit referendum, said a win for Boris Johnson on December 12 was ‘profoundly against the interested of the country’, writing in the Financial Times.

Mr Blair called for the creation of a ‘centre-ground spine’ in Parliament’, saying: ‘We need to get into Parliament many reasonable and capable politicians of all parties who will not spout populism. 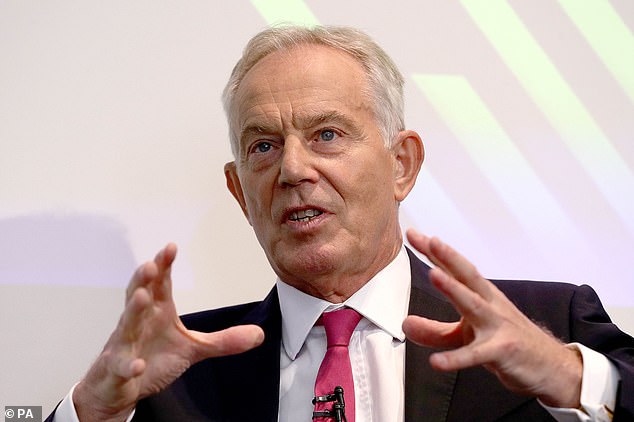 ‘We need people who will put reasoned argument before ideology and understand that democracy is about regarding opponents as people with whom you disagree, not enemies.

‘This is a moment to judge the calibre and character of individual candidates carefully.

‘There is a core of good Labour MPs who will not be whipped into supporting policy they do not believe in.

‘They deserve strong support even from those not inclined to vote Labour. Parliament would be worse without the Conservative independents.’

Mr Corbyn’s attacks on the super-rich have also been criticised by top golfers.

English fairway stars Ian Poulter and Lee Westwood both criticised the Labour leader after he teed up an attack on Britain’s wealthy elite.

The millionaires lashed out online after Mr Corbyn said that ‘in a fair society there would be no billionaires and no one would live in poverty’.

In a tweet he said: ‘No one is allowed to be successful. You can’t for one minute be serious. Deluded.’

‘If you’ve bothered to read the responses I’d consider rethinking your policies.

‘Wonder how much tax you pay and how much you give to charity?’

Last week Mr Corbyn unveiled a highly personalised anti-elite message, attacking attacked the Duke of Westminster, 28 – a godfather to Prince George – for being a ‘dodgy landlord’.

He singled out billionaire chemicals executive Sir James Ratcliffe as a ‘big polluter’ and hedge fund boss Crispin Odey as a ‘greedy banker’.

And he accused Mike Ashley, the Sports Direct chief executive, of exploiting his workforce.

It also saw a Corbyn ally call for billionaires to be driven out of Britain. Lloyd Russell-Moyle took the extraordinary stance as he said the UK economy should not ‘work’ for the rich.

‘I don’t think that anyone in this country should be a billionaire,’ he told BBC Radio 5 Live.