Andrew Bridgen put a photo on the social media site today showing himself staring at the computer, with a sign in the background reading: "A freedom is in peril. Defend it with all your might." 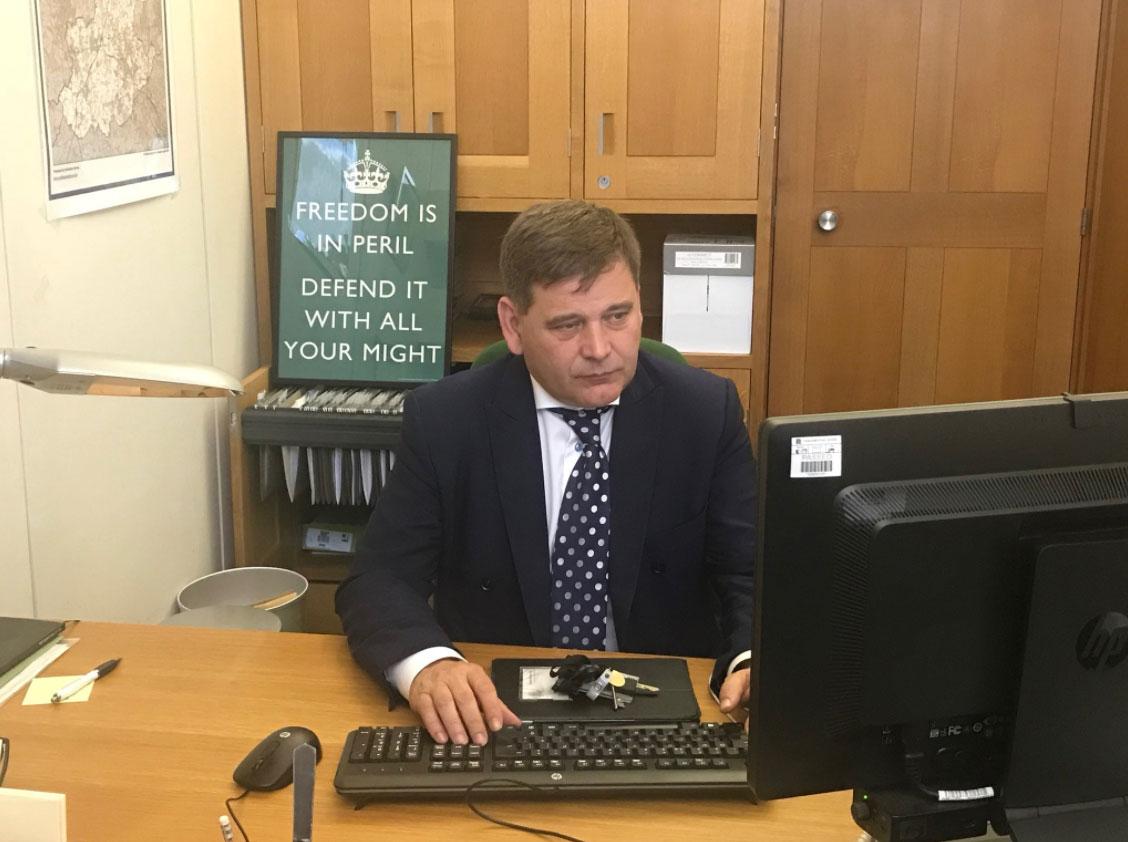 He wrote alongside it: “Working hard for NW Leics in Westminster."

But others were quick to take the mick, editing the photograph to make fun of his office decor and serious expression.

The Brexiteer was subject to dozens of hilarious snaps from trolls online, who changed the sign in the background to amusing phrases.

The 53-year-old MP for North West Leicestershire said he was happy that his picture had caused so much joy online. 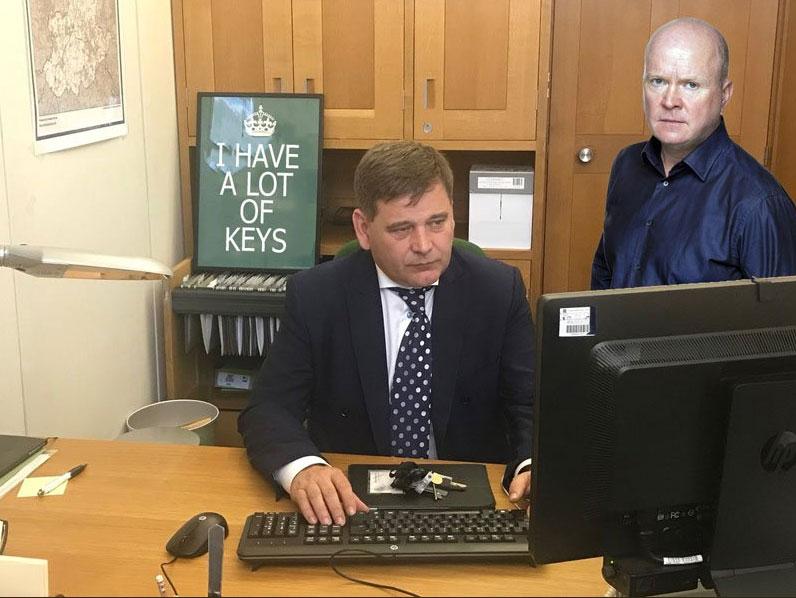 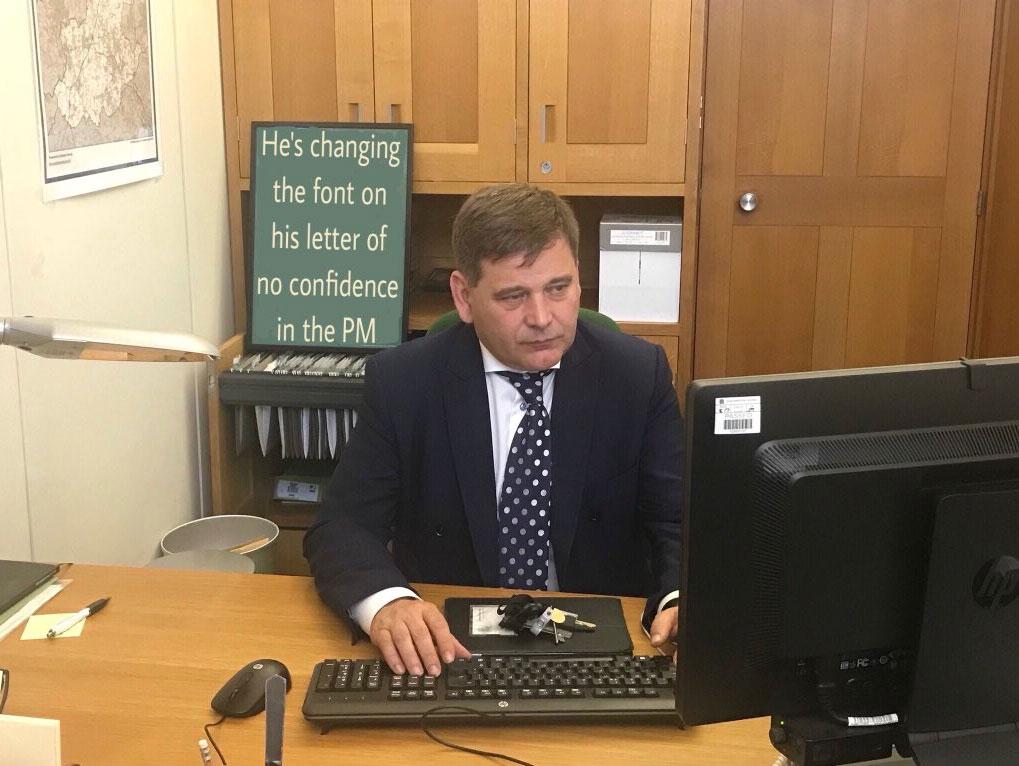 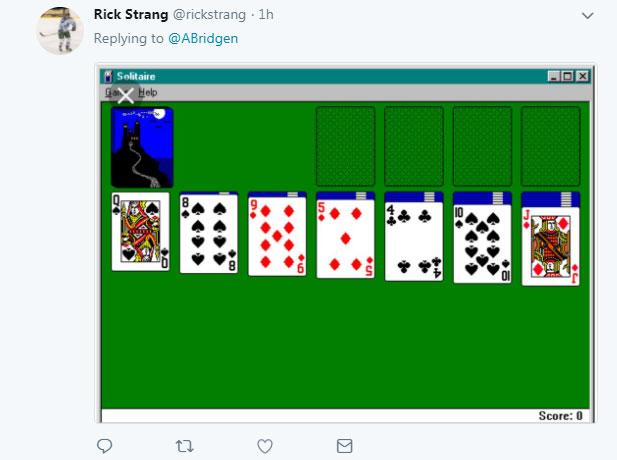 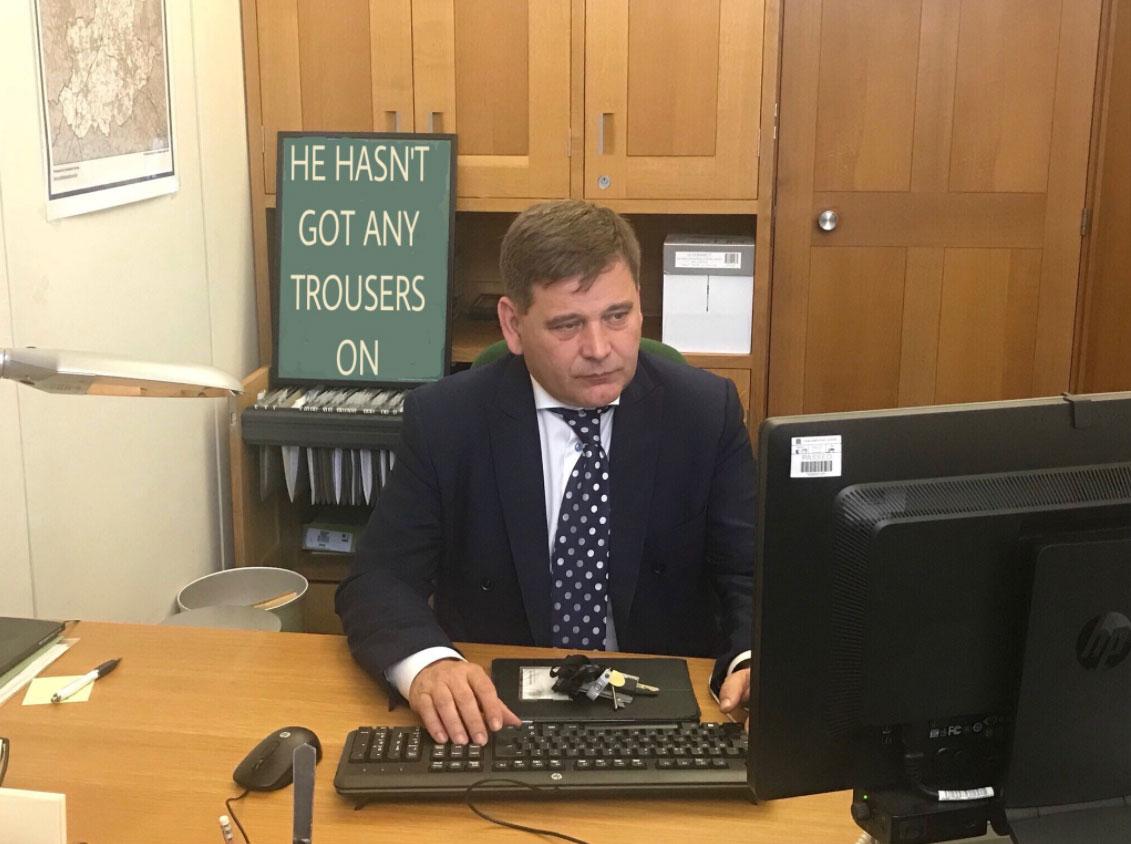 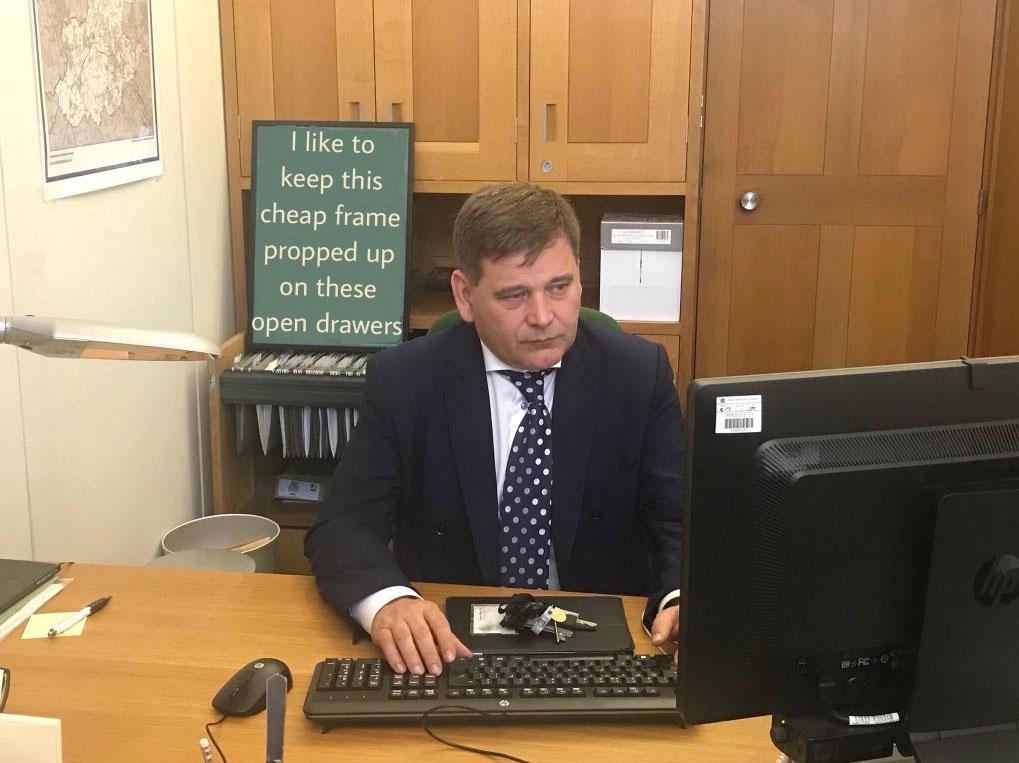 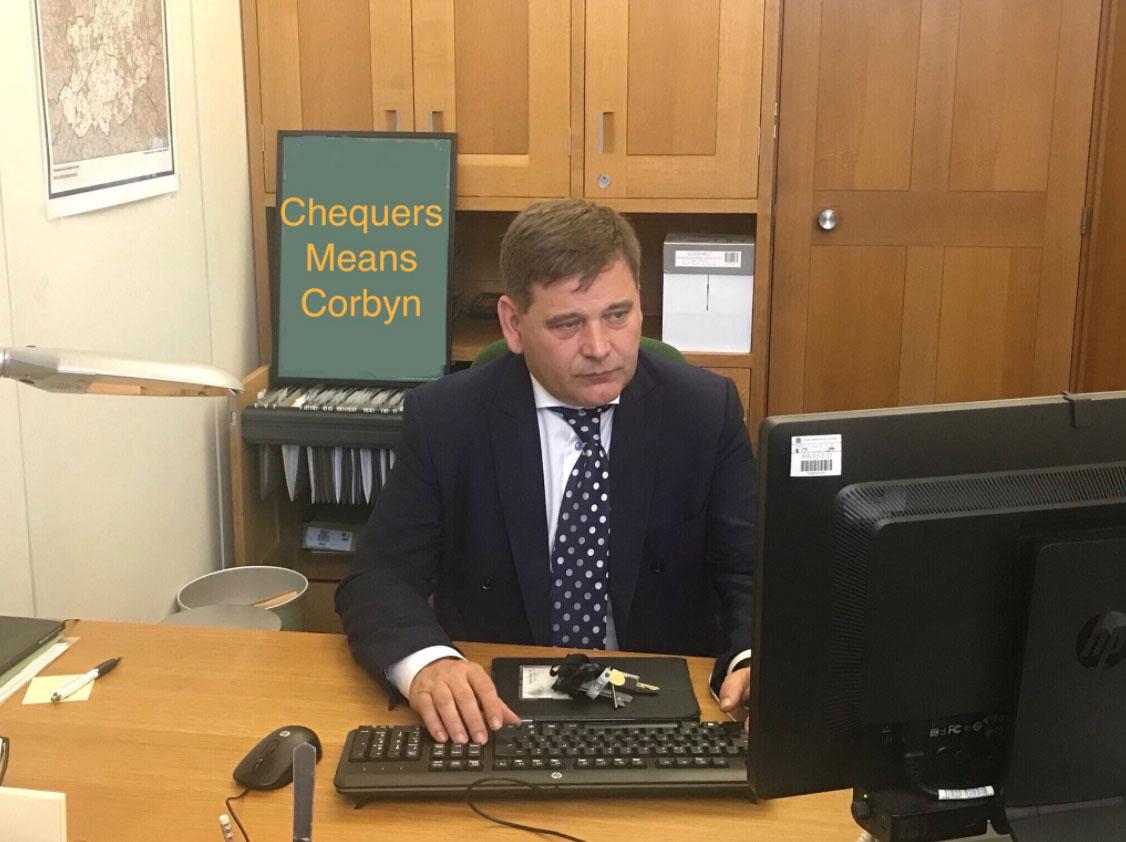 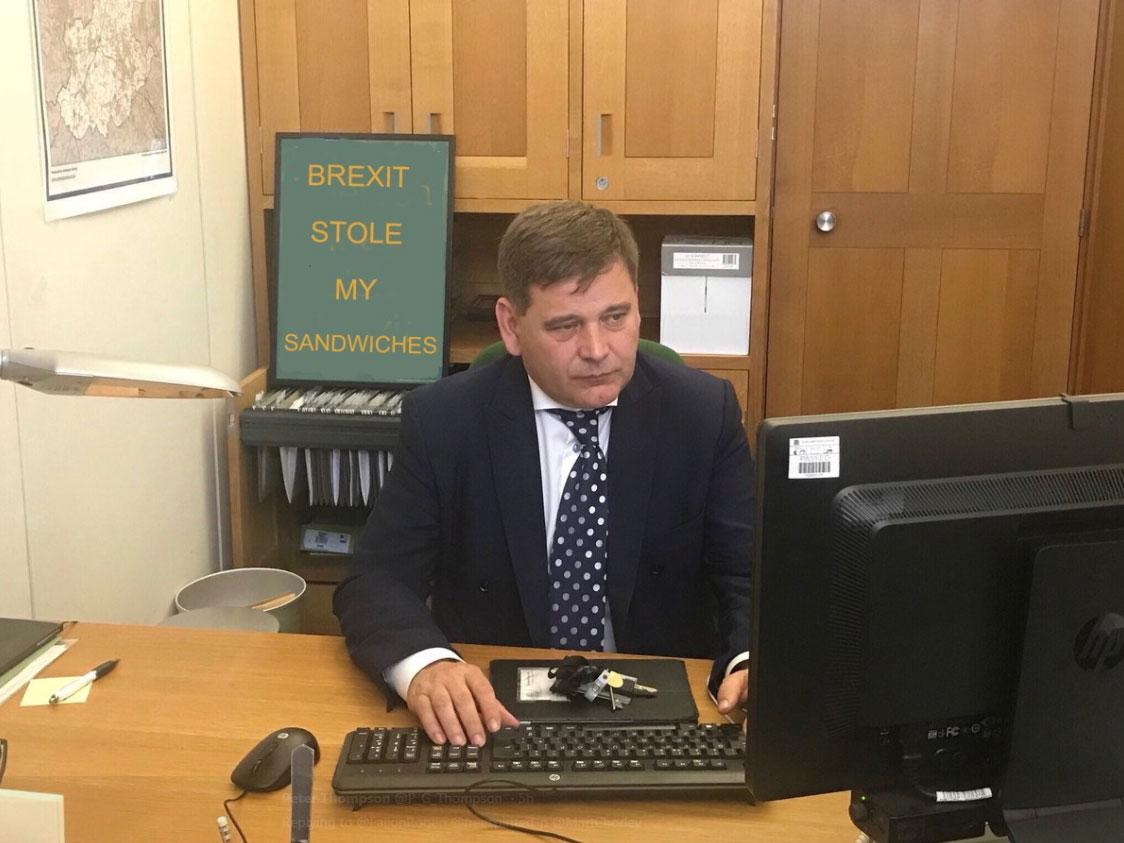 Mr Bridgen told The Sun he's been greatly amused by the reaction to his photograph today – but insisted he really is working hard and not playing solitaire.

He said: "It's amazing what goes viral online – but it probably says more about them than about me.

"They don't call it the silly season for nothing!"

And he said he didn't mind the trolling – saying it was a good thing to be able to "go through life and make people happy". 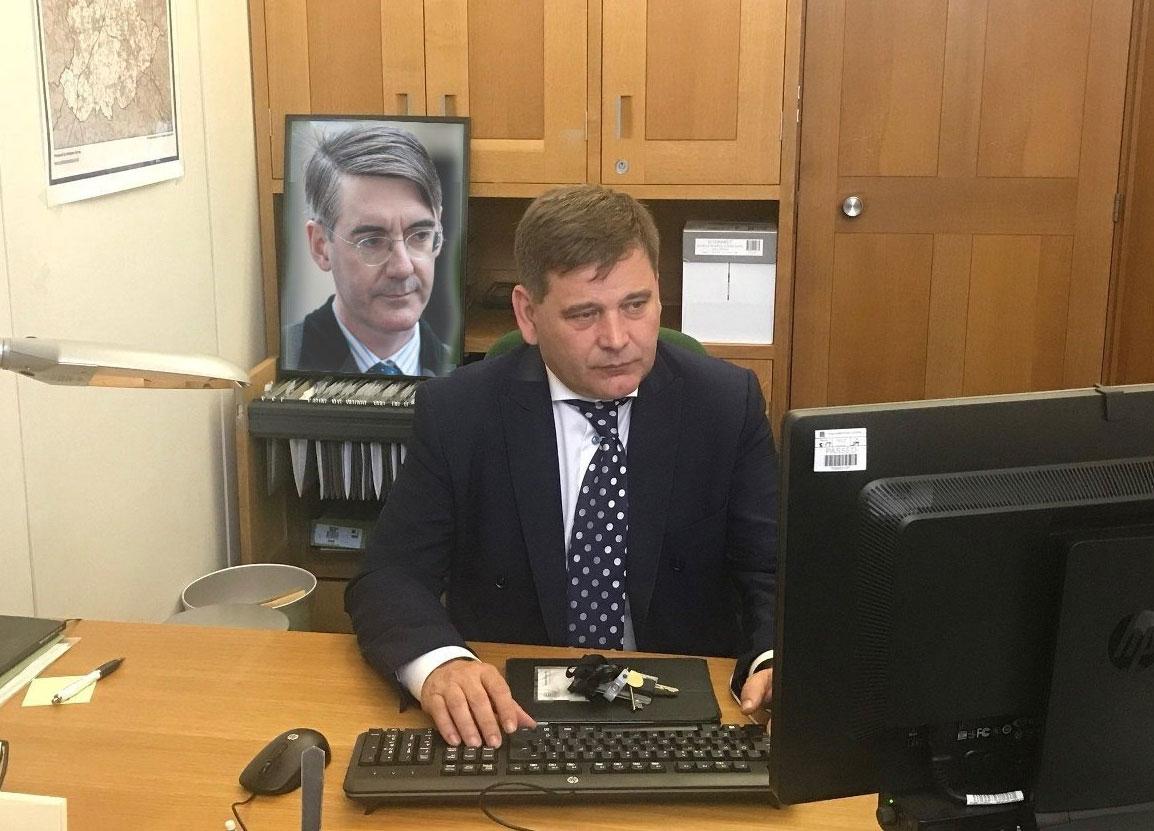 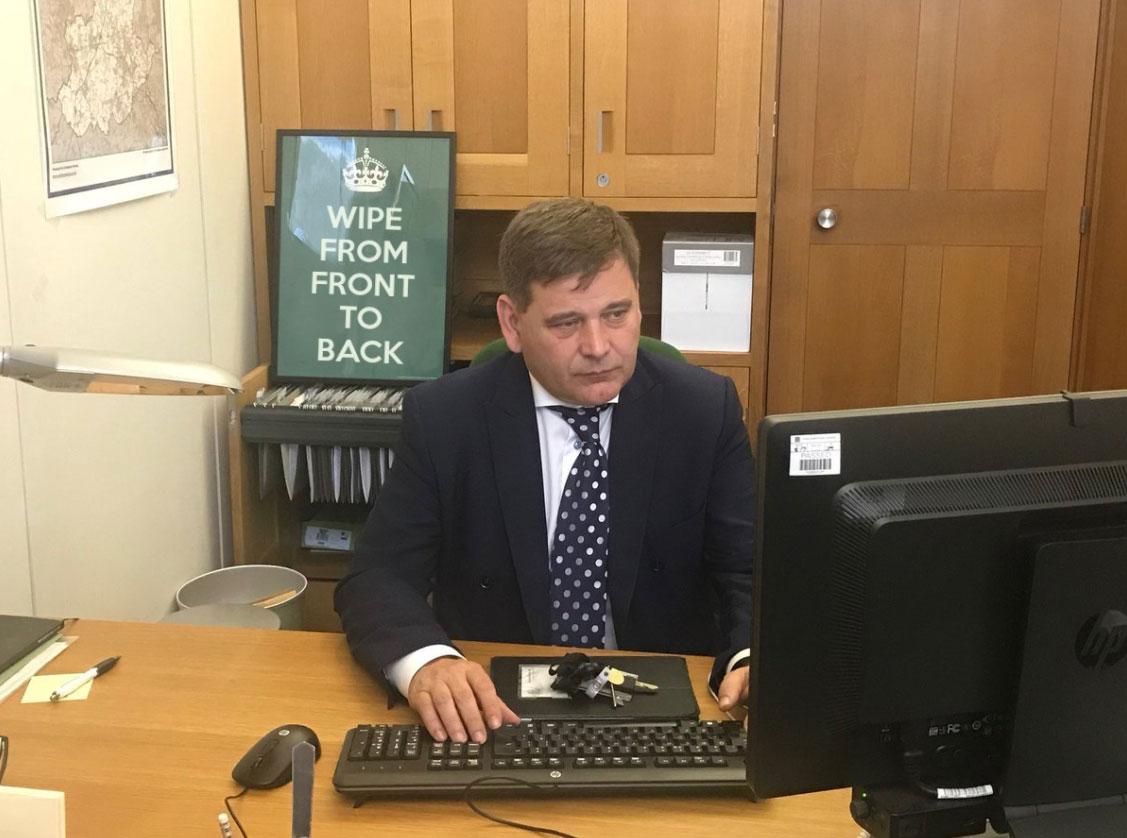 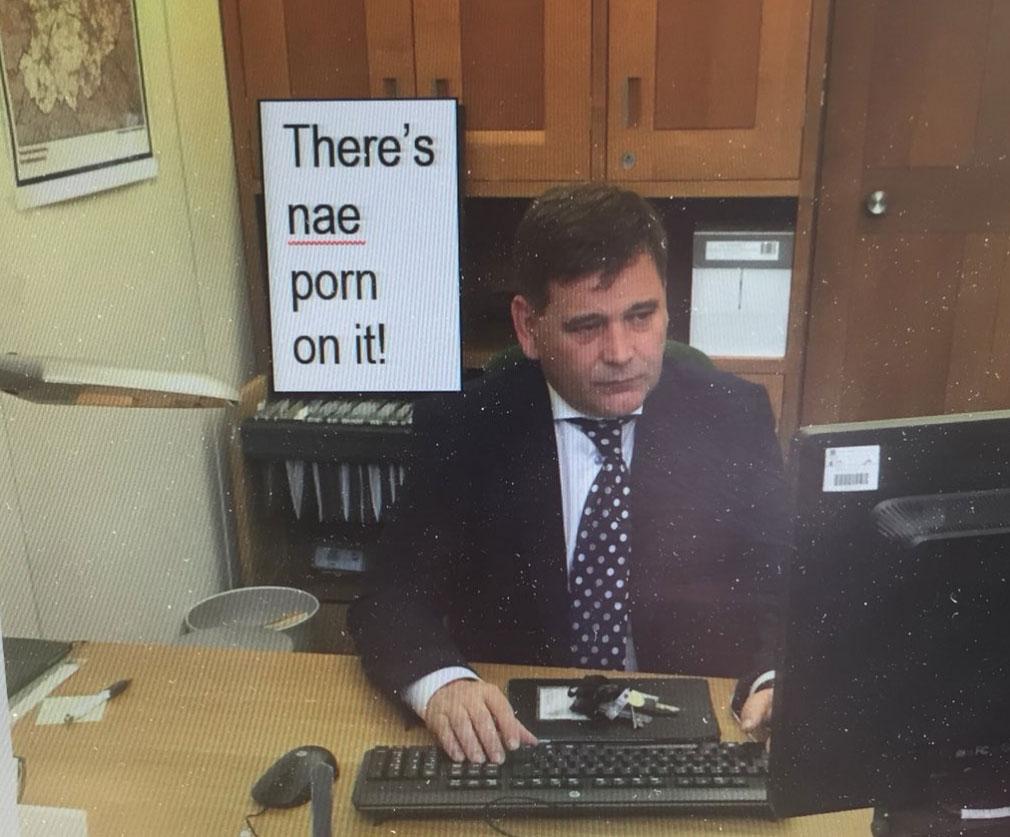 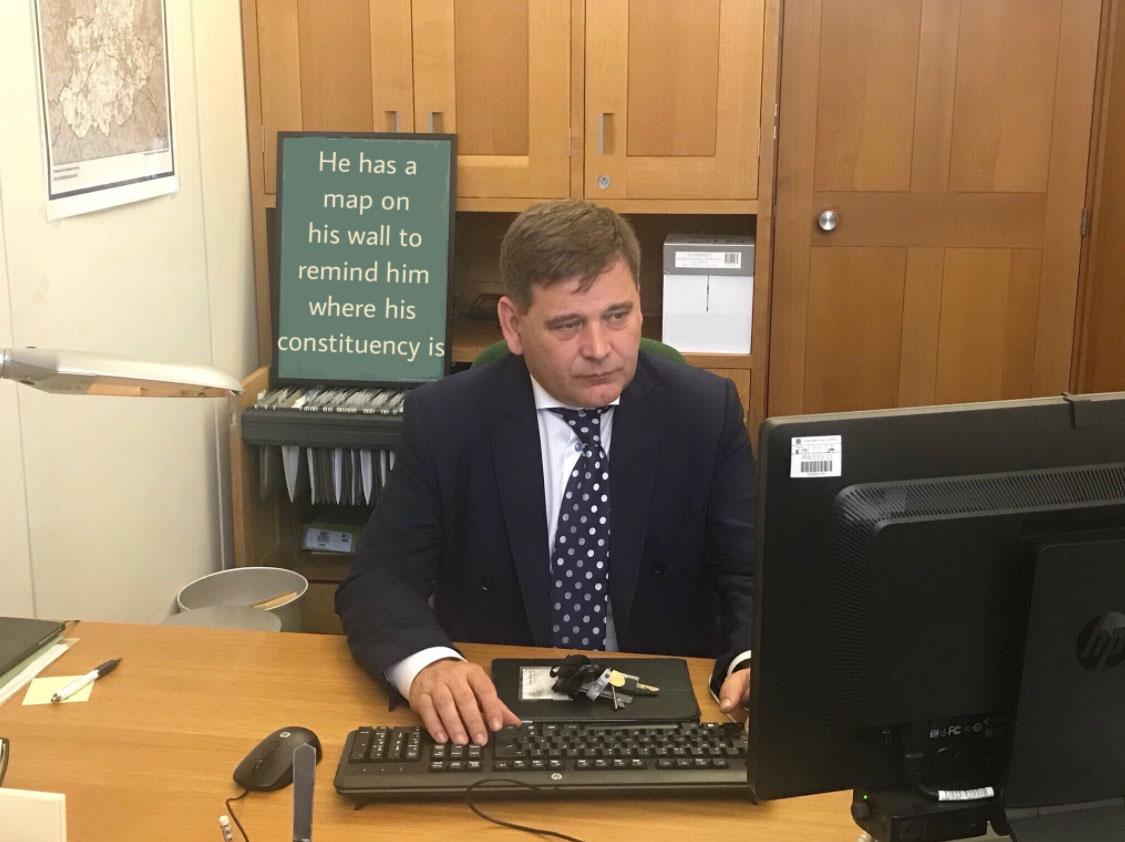 MPs are off on their summer recess as of last week, and will return to Westminster officially in September.

Theresa May is on her holidays in Italy – but it was revealed today that she will take a break to France for talks with Emmanuel Macron later this week to discuss Brexit.