Transgender woman is kidnapped, beaten and has her head shaved by gang in Pakistan after they tried to extort £5,000 in protection money

A transgender woman in Pakistan was kidnapped, beaten and had her head shaved after refusing to pay protection money to a local gang, an activist group has said.

Shakeela, a dancer from Mardan in northern Pakistan, was kidnapped on June 4 while the rest of the country celebrated Eid al-Fitr – a major Islamic holiday.

Her kidnappers demanded that she pay protection money of 1million rupees (about £5,000) or else she would be attacked. 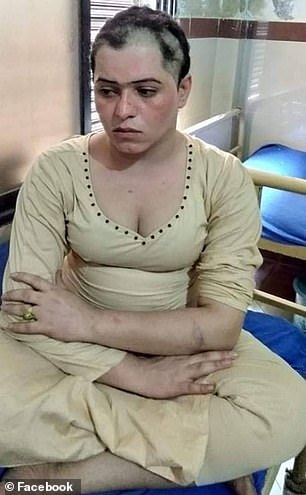 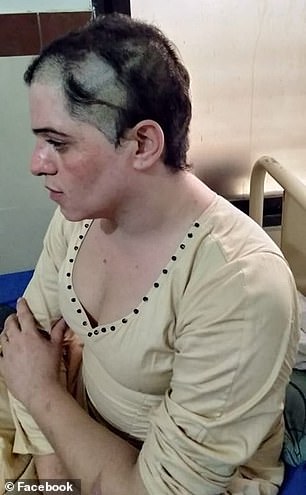 Shakeela, a trans dancer from northern Pakistan, says she was beaten and had her head shaved after refusing to pay protection money to local gangsters

When Shakeela explained that she could not pay such a large amount, she was beaten and humiliated.

Farzana Jan, 64, leader of activist group Trans Action Pakistan, said the same group has targeted Shakeela twice before but the police have failed to take action.

On previous occasions the gang has demanded much smaller ransoms – 40,000 rupees and then 50,000 rupees – which Shakeela was able to pay. 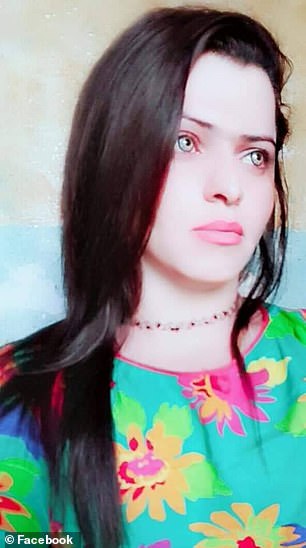 ‘Now they have demanded a huge amount. They’ve asked for one million Pakistani rupees,’ Farzan told Metro. ‘It’s impossible for Shakeela to pay this money.’

She described the ransoms as a kind of protection money paid to the local gang to that Shakeela is allowed to dance in the area.

Farzan said that Shakeela has decided to speak out about the attack in order to pressure the local police into acting.

While arrests are common after attacks are reported on social media, they almost never lead to convictions, Farzan says.

That is despite Pakistan passing legislation last year that extended basic workplace rights to transgender people, and allowed people to identify as a ‘third gender’ on their passports.

The move marked significant progress for transgender rights but has not been properly policed, Farzan says.

‘The violence is high on the ground but the prosecution and conviction rate is zero,’ she said. 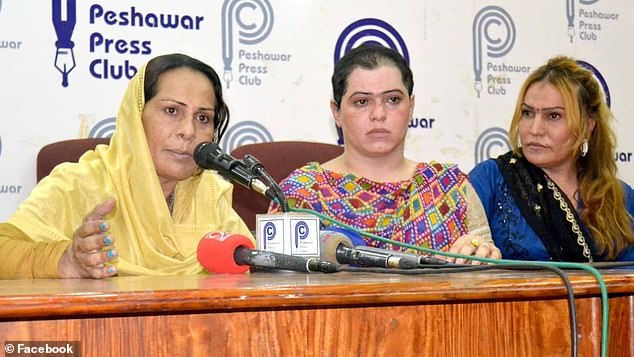 Farzana Jan (left), the leader of group Trans Action Pakistan, said the group has extorted money from Shakeela twice before but police failed to act