A MUM has relived the horrifying moment her four-year-old son stopped breathing after swallowing a toy pea.

Becky Wayte went into "full on panic mode" and is now haunted by the image of little Boe fighting for breath. 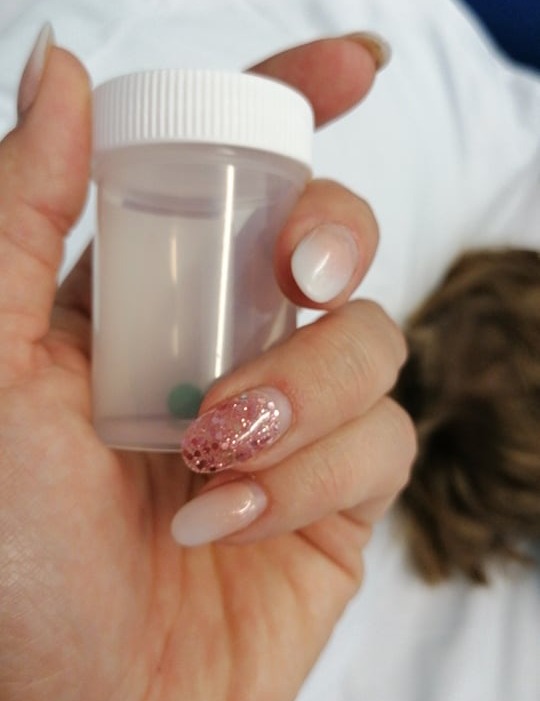 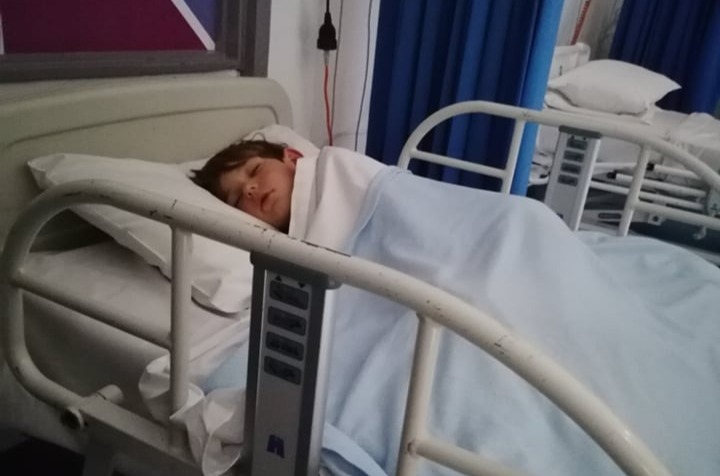 The 34-year-old told The Sun Online: "He full-on no sound, no breath choked.

"Seeing the fear in my child's face when he couldn't breathe will haunt me forever. That's all I can see right now."

Boe had been playing with some toy peas in a pea shooter he had won at Goodwood Revival fair last month.

Becky, from Hampshire, said the game has a safety cap on it so the small bits can't be swallowed, but as she took her eyes off him for "no more than a couple of seconds" to attend to his 19-month-old sister, Boe must have dislodged the lid.

"I heard a noise every parent dreads. Boe had swallowed a pea but it had got stuck in his throat and he was now choking," she said.

The mum-of-two immediately gave him five back blows and encouraged him to cough – but "there was no sound coming from Boe and he couldn't breathe at all".

She added: "After what seemed a long time, Boe started coughing which told me it had dislodged a bit.

"But he was now very distressed and scared and was trying to put his hands down his throat to get the object out.

"I stopped him doing this as he could wedge it further down or cause himself injury, but quickly dialled 999."

Boe then sat on the sofa while they waited for a doctor to call, but Becky could hear him wheezing with every breath.

When the phone finally rang, the medic told Becky to rush Boe straight to A&E.

At Royal Hampshire County Hospital in Winchester, X-rays revealed his lungs had been hyperexpanded due to the trauma – but the pea couldn't be seen as it is made of plastic.

Boe was transferred to Southampton Children's Hospital at around midnight, and the following day he was taken into theatre.

There he had a bronchoscopy – a procedure to look directly at the airways in the lungs – and, two hours later, surgeons finally found the "dreaded" pea.

Seeing the fear in your child's face when they can't breath will haunt me forever.

The small green bead had got stuck in his lung which required surgery to remove.

Becky, a pathology pathway advisor, said brave little Boe is now "full of beans" – though he hasn't eaten any peas since.

She puts the fact her son survived the ordeal down to her first aid training.

And she is now urging other parents to seek some knowledge of what to do in a choking crisis.

"Even though I have been trained and spent a good seven years working in A&E, the panic is something I don't ever want to go through again," she said.

"If I hadn't known what to do, I dare to think what could have been.

"If you have an idea of what to do, this could make all the difference as it did for Boe. 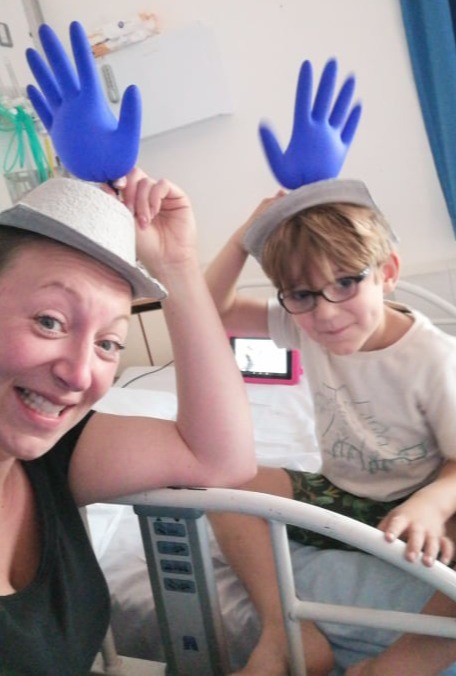 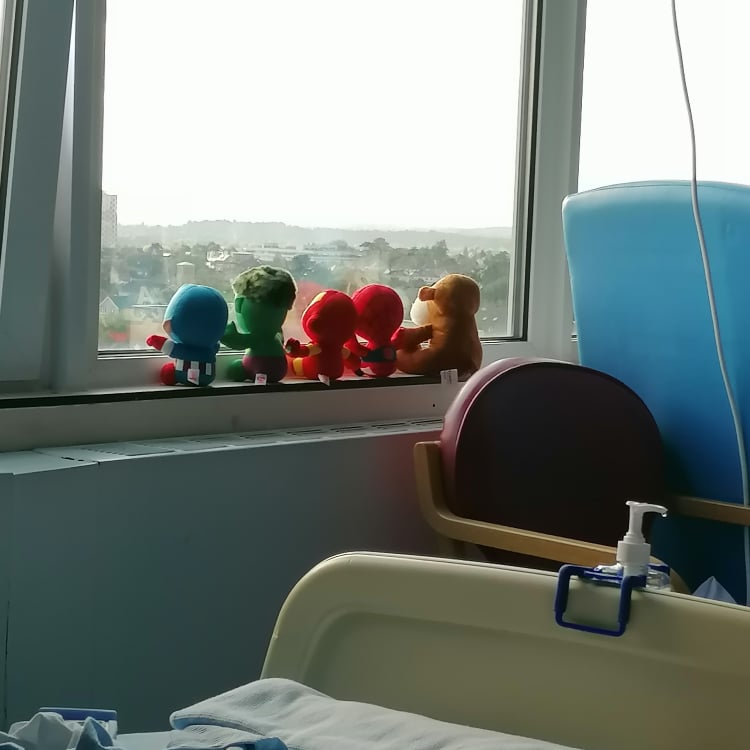 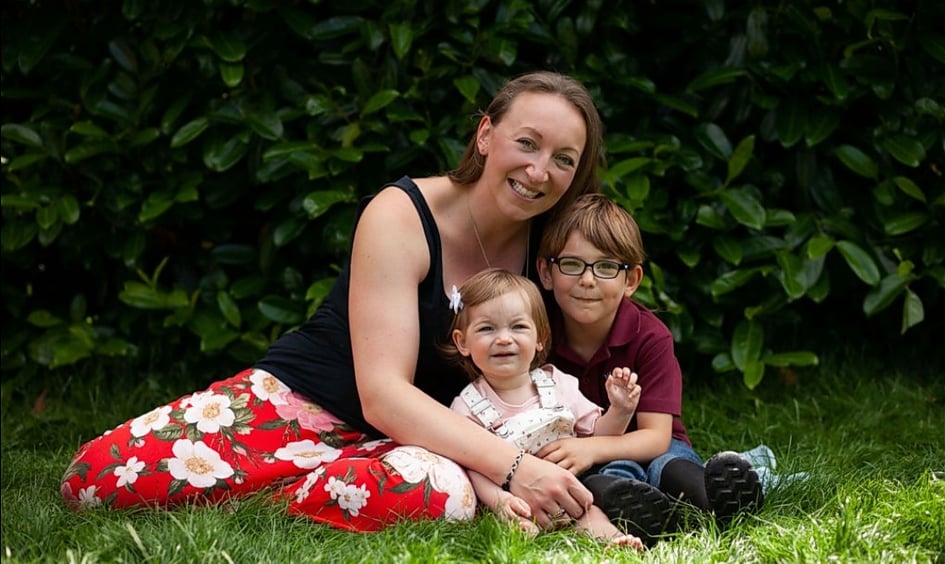 Five first aid tips if your child is choking

THE NUMBER of children who needed treatment for swallowing objects has increased fivefold in the past five years, experts have warned.

Nearly 50 per cent of kids who swallowed a "foreign body" needed surgery.

Here are five things to remember if a child is choking:

A child who is choking could be clutching at their chest or neck and won’t be able to speak, breathe or cough.

If their face has turned pale or blueish then this could be a sign, and if they are violently coughing then this is a sign they are trying to remove whatever has become stuck.

With younger children, it could be that they have a high-pitched sound when breathing in.

Experts at the Red Cross say that giving your child something to swallow could make the situation worse.

They state: "It’s not a good idea as it will not dislodge the blockage and may make the situation worse by causing a further blockage."

"Hit them firmly on their back between the shoulder blades," a spokesperson said.

"Backblows create a strong vibration and pressure in the airway, which is often enough to dislodge the blockage.

"Dislodging the blockage will allow them to breathe again."

If the child is young then you need to put them over your lap, then give up to five sharp back blows with the heel of one hand in the middle of the back between the shoulder blades.

If the five back blows don't work then you need to give five abdominal thrusts.

To successfully do this, you need to hold the child around the waist and pull inwards and upwards above their belly button.

This squeezes the air out of the lungs and will hopefully dislodge the blockage.

The NHS says: "This will create an artificial cough, increasing pressure in the chest and helping to dislodge the object."

In choking incidences, time is of the essence and if you have not been able to dislodge the foreign body then you should dial 999.

Call for help as soon as you can. And while you wait, you should continue the cycle of backblows and thrusts.

If you can't reach the phone, get someone else to do it or use speakerphone.