Michael Smith, 47, was able to photograph the Wondiwoi Tree Kangaroo which is on the top 25 "most wanted" lost species in the world list. 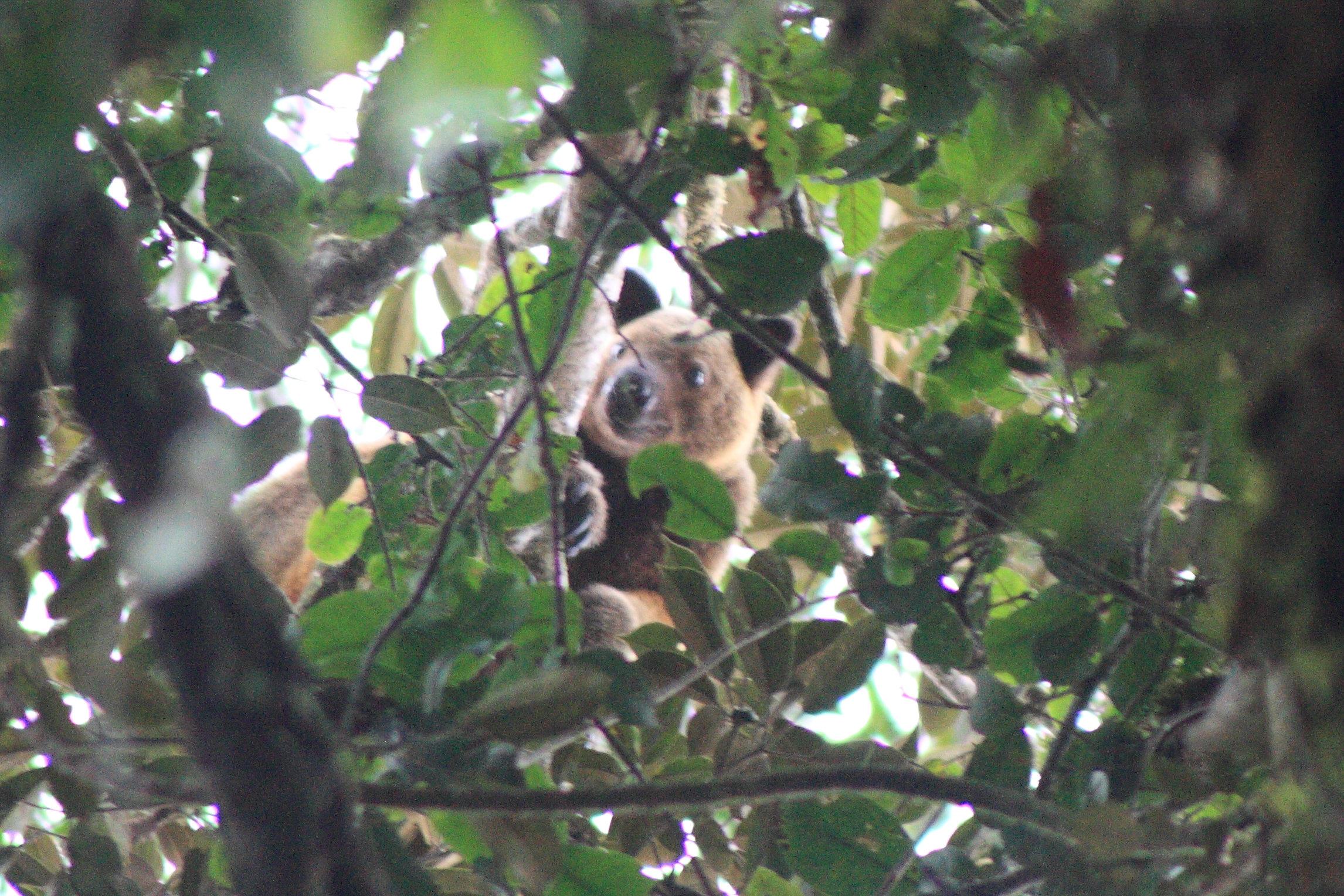 The animal which has never before been photographed was last spotted in Indonesia in 1928.

Mr Smith, 47, who was on a two week expedition to find a new species of orchids in West Papua when they turned their sights on the long-lost Wondiwoi Tree Kangaroo after spotting claw marks on trees.

Michael, from Farnham, was astonished when he spotted the distinctive teddy-bear-like creature on the last 30 minutes of the final day of his trek, perched 30m up a canopy tree.

Experts had even believed the elusive creature had gone extinct.

Michael, head of research and analytics at a medical communications agency, said: "It was hiding there, peaking down at us, trying to hide. 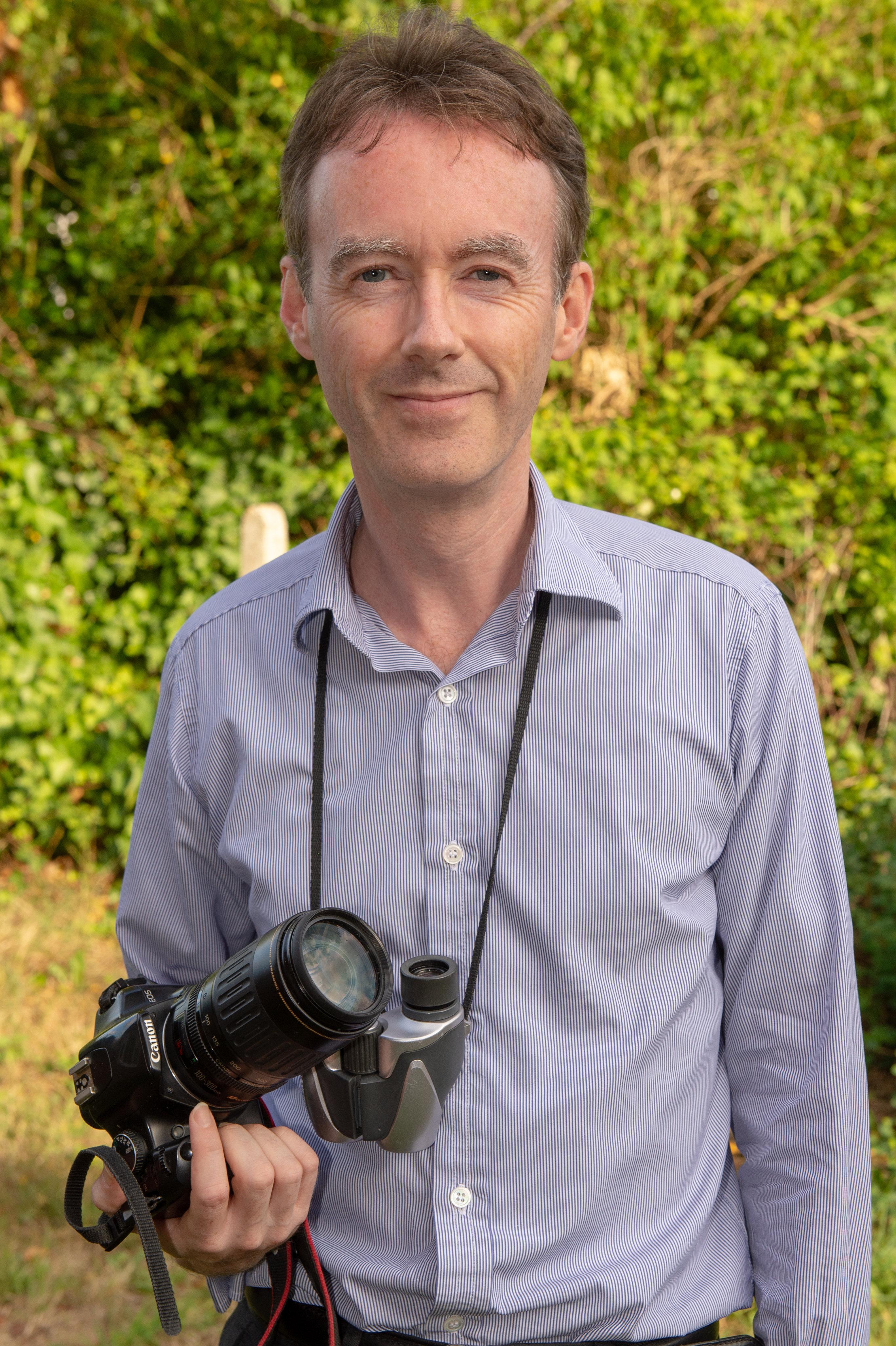 "I felt relieved. I was starting to think I was going to have to go back home to my long suffering and much more sensible wife and explain why I had been back to the Wondiwoi mountains and not found anything.

"I was really rushing around. I couldn't quite get the photo. I was thinking calm down, this is a really, really rare species, it might be the last one.

"I needed to steady my hand and lean on something, but the thing I'm leaning against is covered in spines.

"But I was also thinking 'I could be coming home with a lot of photos of a lot of leaves'.

"I was thinking to myself I have to be careful here and not fool myself, but I went through my mental check list of their features and realised 'hang on, this has absolutely got to be the Wondiwoi tree kangaroo.

"I felt like Captain Ahab if he had got photos of Moby Dick." 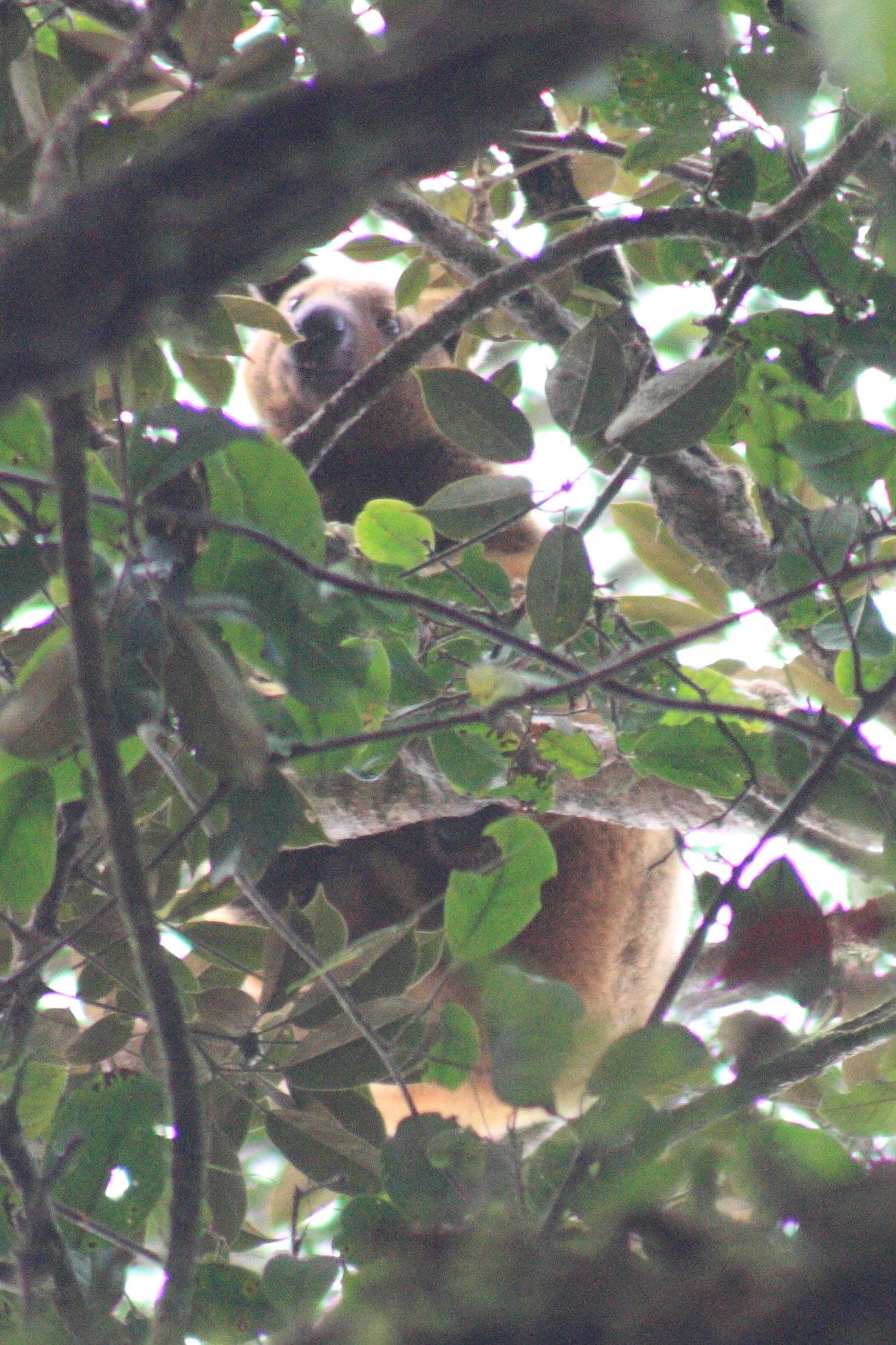 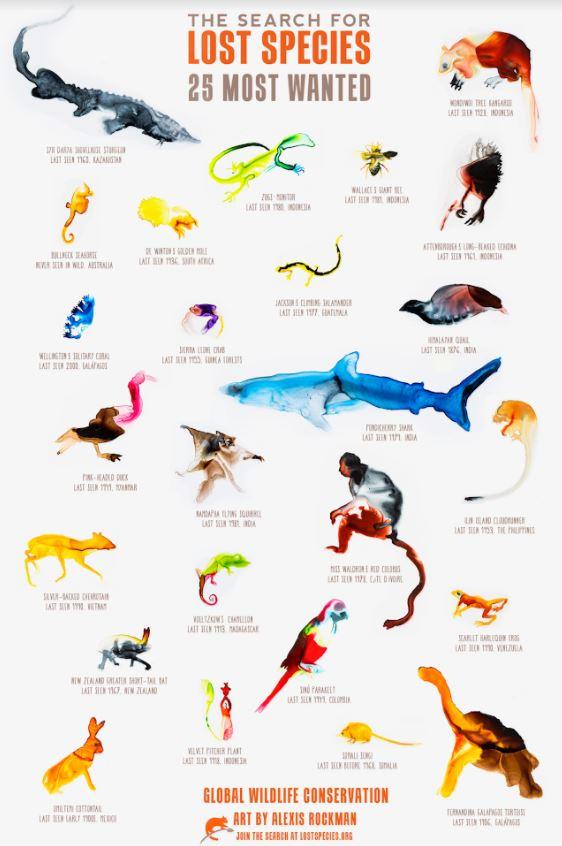 Michael plans to return to the near-impenetrable mountainous rainforest next year with conservationists, experts and camera traps to find more.

He also plans to apply for permits to allow him to bring back poo samples which experts have already offered to DNA match with the 1928 skeleton currently housed in London's Natural History Museum.

He flew from Gatwick to Indonesia's capital Jakarta last month, followed by an internal four-hour flight to a town called Manokwari, then he took a ferry to Wasior.

Michael had visited the same region a year earlier to look at rhododendrons and orchids and the team trekked up Mount Wondiwoi to a camp they had previously created at 700m.

Battling through bamboo thicket with machetes, they cut further to 1,300m where they formed a second base camp using logs, tarp, sacks and nails.

They spent the following days exploring the mountain to look at orchids but they reached 1,700m they spotted the tell-tale claw marks at the base of trees. 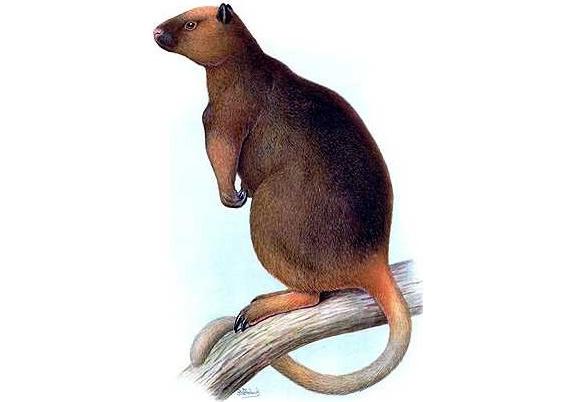 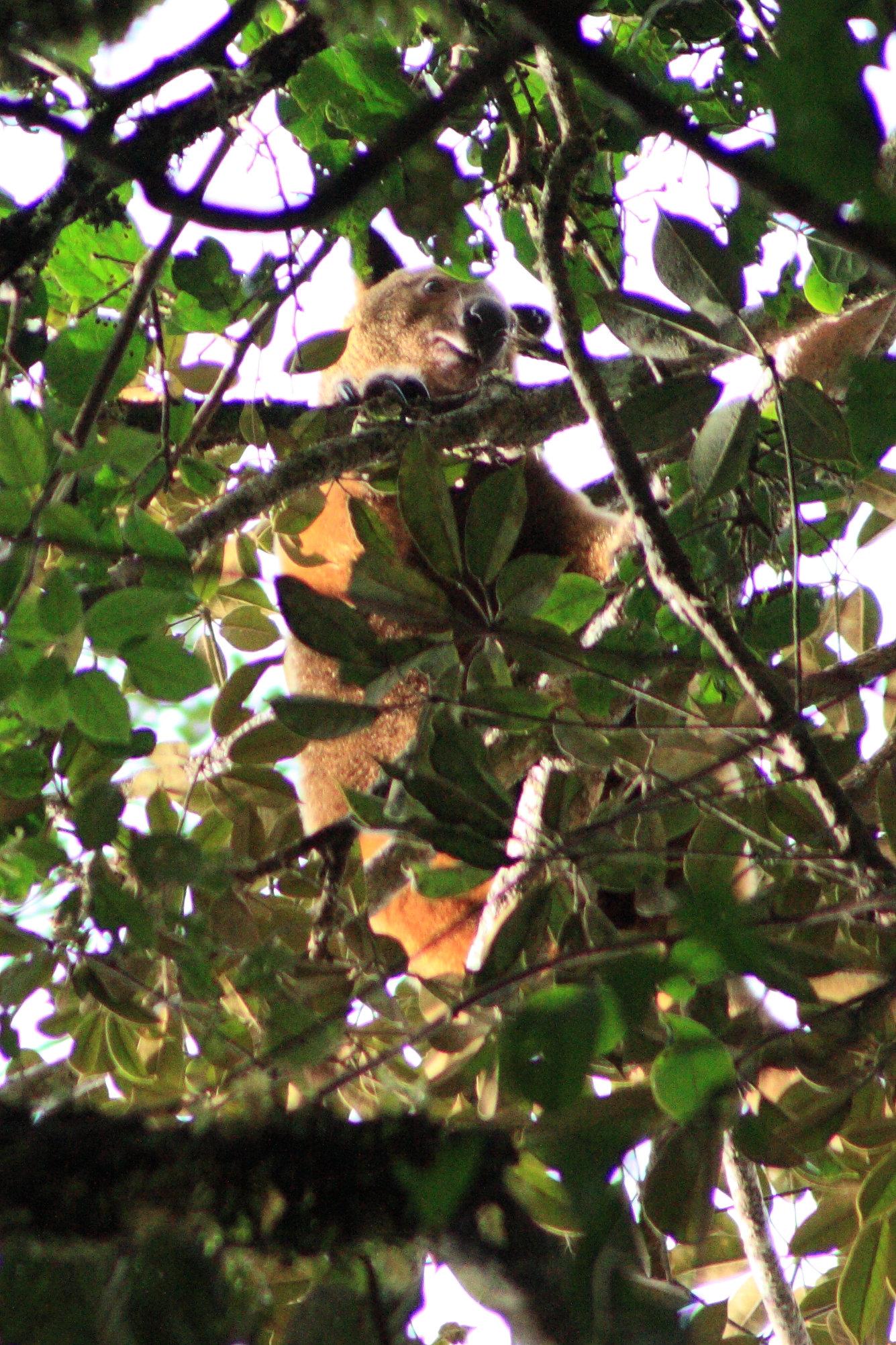 A few expeditions have returned to the region – but it remains largely untouched and unexplored due to the remote location and impenetrable thick vegetation on steep slopes.

"We started to see these claw marks at the base of tree and even I started to think 'hang on'," said Michael.

"We were in the same area and we started to smell this funky scent and saw tree kangaroo poo."

On the last and seventh exploration day they were returning to camp when eagle-eyed Martin spotted a tree kangaroo on a branch 30m up, on July 31.

They surrounded the tree and stood in silence for 30 minutes while Michael snapped using an £80 second hand long lens, in the last minutes of dwindling sunlight.

Most species of tree-kangaroos are considered endangered because of hunting and their habitats being destroyed.

The Wondiwoi tree-kangaroo is the rarest having only ever been seen in Indonesia, once, 90 years ago.

Michael Smith's pictures are the first time the animal was caught on camera.

Experts agree the creature in the photo appears to be the 1928 Wondiwoi tree kangaroo – with yellowy fur, with a short tail, wide face and broad paws – which is housed in the Natural History Museum.

There are other tree kangaroos in Indonesia – but they live at lower altitudes or in different mountain regions, and are a different colour.

"Basically we found the animal the last half hour of the last day we had available to search, and even that was because I decided to go down all in one day rather than two as planned."