Internet troll who falsely claimed businessman, 32, was ‘dirty paedophile who had sex with underage girls’ causing him to close his shop after losing £75,000 of trade faces jail for harassment 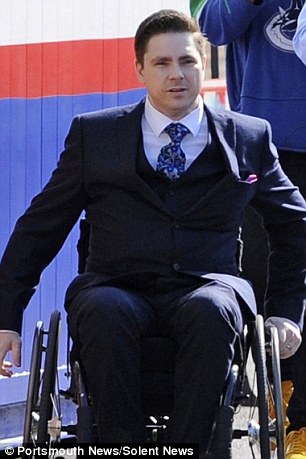 Oliver Redmond (pictured), 37, of Portsmouth inflicted a six-month long campaign against a store owner causing him to lose his business

An internet troll who claimed a businessman was a ‘dirty paedophile’ in a relentless barrage of online abuse, which caused his victim to lose his business and his hair from stress now faces jail for harassment.

Fearing he may come to the attention of vigilante paedophile hunters, Mr Cheape, 32, of Portsmouth, started suffering from anxiety, rapid onset alopecia and developed a ‘deep fear’ of being away from his home.

Devastated Mr Cheape was forced to close his store ‘Steamachine’ after losing £75,000 in trade last year when customers’ believed what was being said’.

Portsmouth Magistrates’ Court heard Redmond waged a ‘hate campaign’ against him and posted messages on a Facebook page claiming the store was ‘fine’ but he ‘would not ask the owner to babysit’.

In the message, Redmond, who uses a wheelchair, said: ‘Steamachine is fine so long as you’re not a 13 year old girl.

‘I’m not saying the owner’s a self-confessed predator of underage Eastern European children… but I wouldn’t ask him to babysit.’

In a phone call, Redmond said to Mr Cheape: ‘Why don’t you just fuck off back to Scotland you sheep shagger? You dirty paedophile jock.’

He also said to him: ‘I wouldn’t ask a bearded, ginger, tweed-wearing pervert like you to ever babysit my kids. And that’s a fact.’ 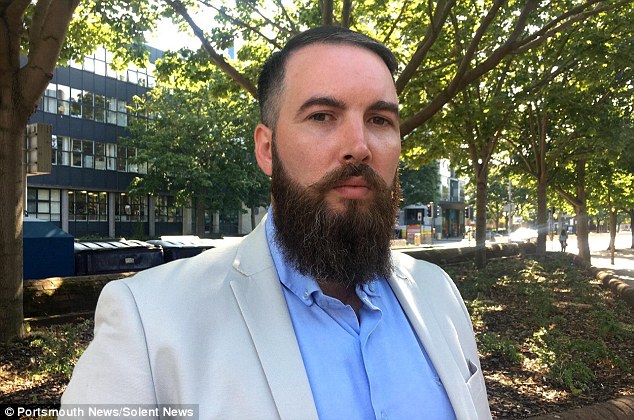 Fearing he may come to the attention of vigilante paedophile hunters, Paul Cheape, 32, of Portsmouth, started suffering from anxiety, rapid onset alopecia and developed a ‘deep fear’ of being away from his home. He lost £75,000 worth of earnings and had to close his vape store

Giving evidence in court, Mr Cheape said he realised he was being targeted by Redmond after he was shown messages by friends and suppliers sent to them by the father-of-three.

The businessman told magistrates: ‘I took both my laptops to Hampshire Constabulary and I said to them if I’m under investigation I’m offering my laptops to you now and I’m happy to hand myself in.

‘They were unwilling to assist me – they said this was ridiculous. Genuinely at this point, I was scared. 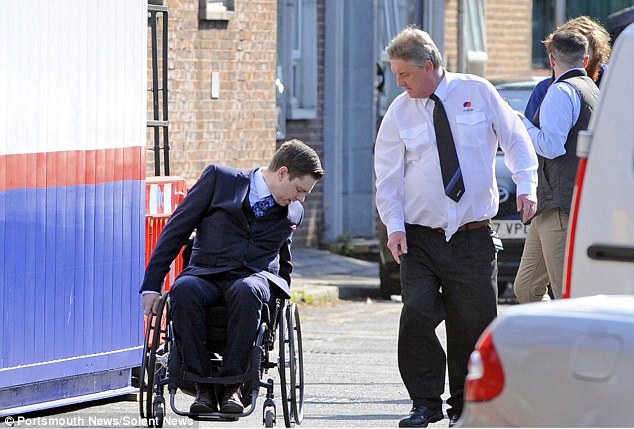 Portsmouth Magistrates’ Court heard Redmond waged a ‘hate campaign’ and sent messages to a Facebook page claiming the store was ‘fine’ but he ‘would not ask the owner to babysit’. Redmond admitted one count of harassment between June 1 last year and January 19, this year

‘These days it doesn’t take much for people to hound somebody.

‘I genuinely feared that there was a concerted effort, an aggressive effort, from Mr Redmond to cause significant financial damage to the business and myself.’

Scottish Mr Cheape told magistrates he found an address online linked to Redmond – only to find it was the internet troll’s mother Nicola Redmond’s home.

Once there he told Mrs Redmond a ‘white lie’ that her son had left an expensive bit of vape kit in his shop.

Borrowing her phone he called Redmond, leaving him a voicemail saying he needed to speak urgently to him.

Redmond’s mother also handed over her son’s mobile phone number, allowing Mr Cheape to try and call the troll using a new SIM card he bought for that purpose.

Magistrates heard Redmond did not answer but called the businessman back on September 25 last year, immediately launching a tirade of insults.

Mr Cheape said: ‘I didn’t have a chance to immediately respond when Mr Redmond immediately launched a tirade of verbal insults regarding my nationality to the effect of, “why don’t you fuck off back to Scotland you sheep shagger?”‘

‘Then I tried to respond and I was then insulted further by being called a “dirty paedophile jock.”‘

Redmond, who claimed the phone call never happened, denied making a malicious communication but was convicted by magistrates.

Dressed in a navy three-piece suit, Redmond, from Portsmouth, admitted one count of harassment between June 1 last year and January 19, this year.

Redmond, who told the court his actions were ‘silly’, will be sentenced later this month, with Magistrate Sian Bamber telling him he could face up to 12 weeks in jail.

Speaking outside court after the trial, Mr Cheape said: ‘People like this don’t have a place to hide. This is an internet troll being brought to justice.

‘The business has suffered to the point where it’s no longer viable because people believed what was being said.

‘I’ve seen such a sharp decline in business.’

He added: ‘Not only have I had to let staff go but I’ve also suffered significant financial losses through the business.

‘But that’s just the beginning of things. I have developed rapid onset alopecia and lost large chunks of my hair.

‘It’s been absolutely hell on earth.’