Home » World News » Truffle is found in everything but are we eating the real thing?

The truffle kerfuffle over this prince of foods: The pricey fungus is found in everything from crisps to mayo – but are we eating the real thing or is it all a con?

Ah, truffles! Perhaps the most exquisite delicacy of all. Shaved over scrambled eggs, on pasta, or folded into elaborate gastronomic creations in the world’s most fashionable restaurants.

Until now, that is. Yesterday, I walked into Marks & Spencer and bought a bag of truffle-flavoured crisps and a jar of truffle mayonnaise. A glance at the website of one online supermarket even throws up truffle-infused popcorn.

My local Lidl has truffle oil and truffle-flavoured pasta, while a deli near my home sells truffle pasta sauce in a jar.

Although they look like gnarled old potatoes, and despite the fact they’re a particularly pungent fungus, it seems truffles — in almost every form imaginable — have suddenly gone pop. 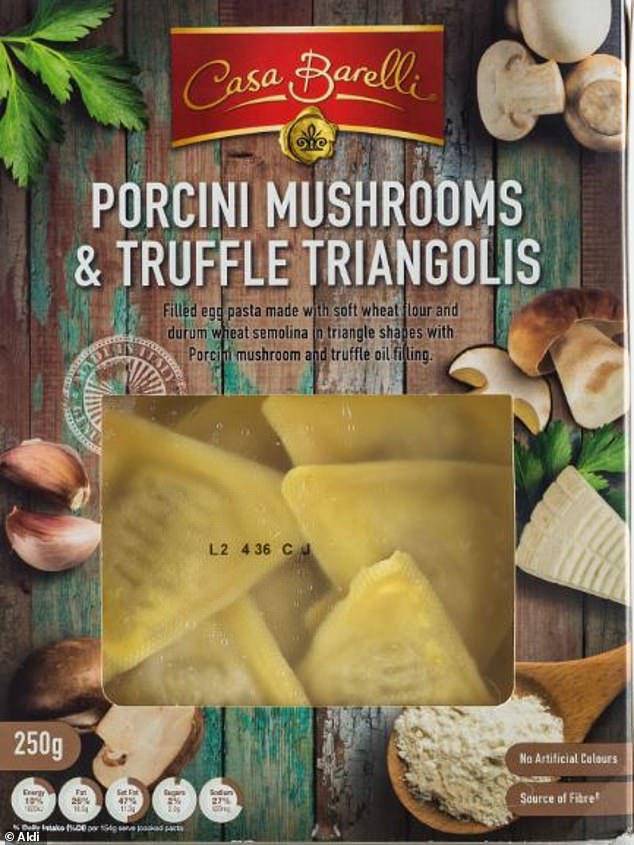 Fancy restaurants have always served truffle, ostentatiously shaved as if it were the most precious gastronomic accoutrement in the world.

But truffles appear suddenly to have been democratised — and they’re mushrooming, as it were, into supermarket packets of crisps and popcorn, in bottles of beer, and even on chips and pizzas.

The best examples of the real thing have an alluring, bitter, come-to-me aroma of dirty socks — and people almost literally pay through the nose to enjoy them.

They cost up to £1,700 per kilogram and their rich, heady, savoury flavour can transform a dish: no wonder they’ve been used as aphrodisiacs for centuries.

Truffles — ‘the diamond of the kitchen’, according to one French gourmand — range in size from marbles to golf balls and are the ‘fruiting body’ of a fungus that grows underground. 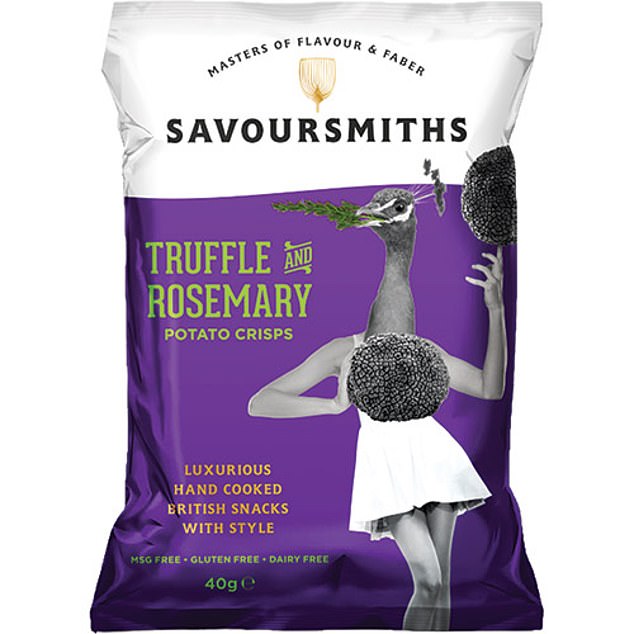 But never before have we seen such an explosion in truffle consumption, so what on earth — or under it — is happening?

The truth is that when you buy a packet of truffle crisps, you might be able to see little specks of black truffle on them, but the ‘truffle’ flavour comes from synthetic truffle oil.

Until a few years ago, I thought truffle oil came from real truffles. In fact, it’s made in a factory and has probably — though not always — never seen a truffle in its life. But such is its popularity that the late U.S. chef Anthony Bourdain rather sniffily called truffle oil the ‘tomato ketchup of the middle class’.

In the Nineties, there was a tremendous vogue for the oil in restaurants, and sales to consumers are believed to have increased significantly. Yet now Gordon Ramsay calls truffle oil ‘one of the most pungent, ridiculous ingredients ever known’. 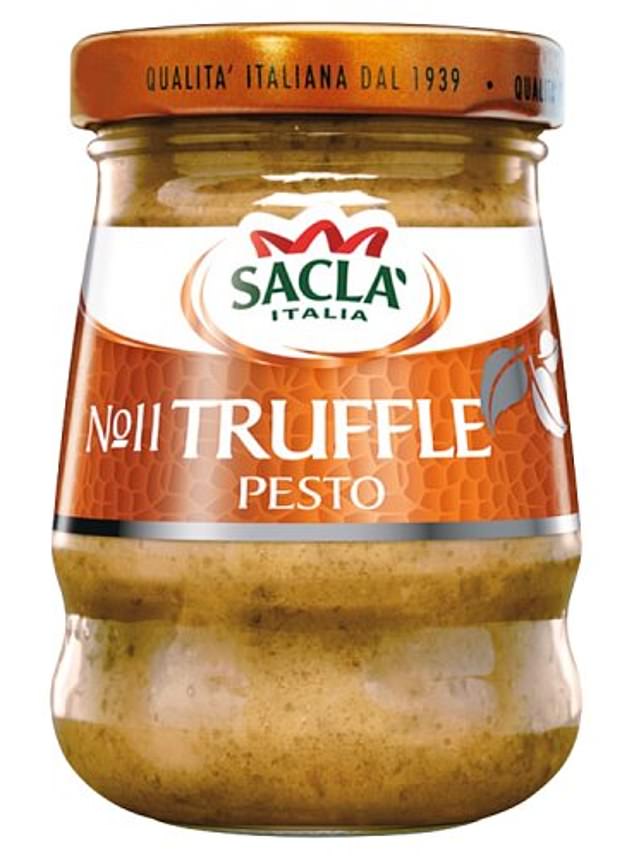 Too harsh? Maybe. The point is that real truffles have an almost indescribably complex flavour —but truffle oil is flavoured with a synthetic jumble of chemicals that’s not so different from the additives used by crisp makers in packets of cheese and onion.

The main active ingredient added to the edible oil is often ‘2,4-dithiapentane’, which mimics the flavour of real truffles. That’s why oils are either described as ‘truffle flavour’ or ‘truffle-flavoured oil’ if you look closely. But truffle crisps, for example, contain real pieces of the cheapest black truffle, even though the flavour comes from synthetic truffle oil. There’s nothing illegal about this, of course, but the makers don’t exactly advertise it.

Few British shoppers are immune to every trend in food fashion. Manufacturers, after all, spend millions studying our developing shopping habits and designing products tailored to match them perfectly, and cookery programmes help shape our tastes.

There has been a trend recently — a slightly silly one, if you ask me — for ‘dirty’ food tarted up with expensive ingredients: lobster mac and cheese; hand-distilled gin infused with foraged berries . . . and now truffle crisps. 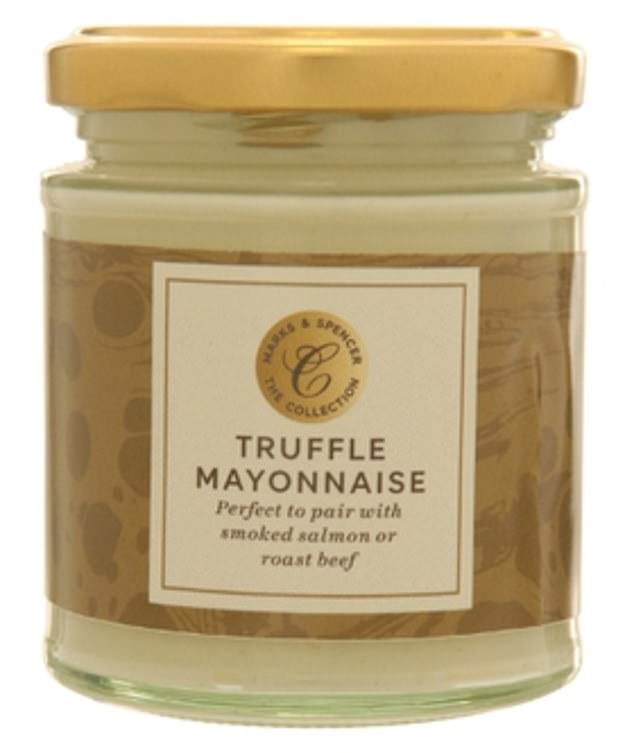 Truffle mayonnaise (£2.50, M&S). The truffle is a few tasteless specks in bland mayo

Adding truffle oil makes food seem glossily expensive — but the ingredients haven’t necessarily cost the manufacturer or restaurant kitchen much. However, it does mean people can charge truffle-high prices when all they’ve done is fling cheap oil on the food.

I tried my first real truffle in the Nineties: on a risotto in a modest Italian restaurant. It was delicious — so much so that some years later I found myself leading a trip north of the border to Fife, where chef David Wilson was serving locally grown truffles in his restaurant, The Peat Inn.

This was a surprise, because truffles are traditionally native to Italy, France and Spain. But as climate change dries and warms traditional truffle-growing areas, suddenly the British landscape is more attractive for the fungus.

Historically, men used specially trained pigs and dogs to dig truffles out of the ground, which is one of the reasons they have always been so expensive. Nowadays clever and highly secretive farmers are successfully growing them.

That trip to Scotland turned out to be one of the most bizarre days of my life. After I asked about the origin of the truffles, I was caught in a web of secrecy more bamboozling than a John le Carré novel. David Wilson offered to introduce me and Derek Cooper, the presenter of Radio 4’s The Food Programme, which I was producing, to his ‘supplier’.

The next day, a mysterious man told us to park our car in a lay-by off the A92. When he showed up in a maroon Ford, Derek asked if we were going to collect a dog or pig.

He drove us through a maze of lanes before stopping at a wooded hilltop. The truffle man’s kit was two steel skewers — the kind you use for kebabs. We briskly set off into the woods, and after two hours, we had found two truffles. 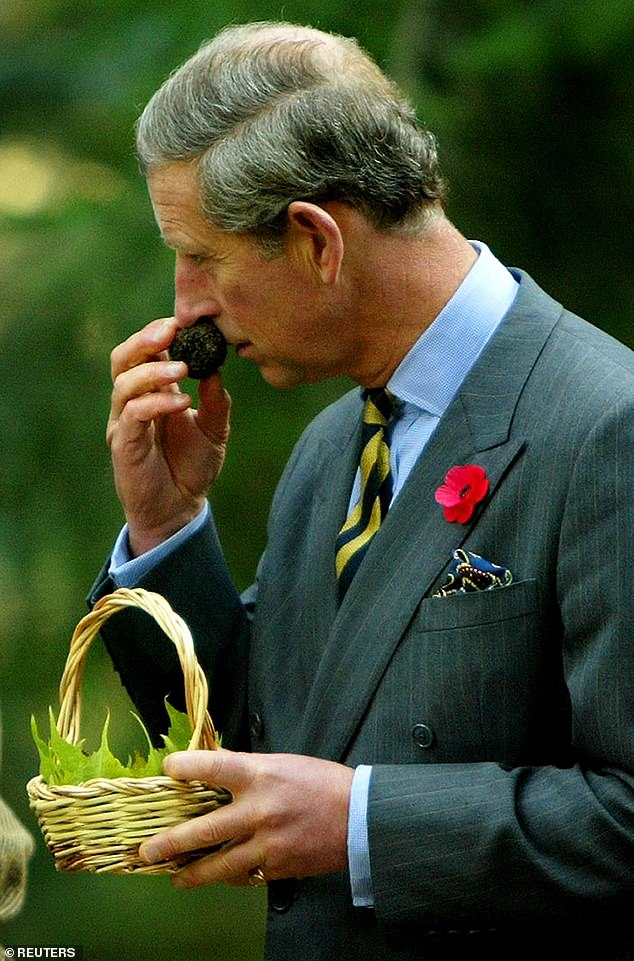 Prince Charles, pictured, smells a black truffle during a visit to Italy in November 2002

They were outstanding — and they showed me the immense lengths people will go to in order to get their hands on this remarkable food. And it’s because truffles are special that such a huge industry has developed to imitate them.

When I began to taste a range of truffle products for this article I was sceptical.

Now, I might just buy an occasional bottle of truffle oil to ‘dirty up’ my own pasta. That unique savoury hit, layered on top of some good Parmesan . . it’s not as ridiculous as Ramsay says.

But I do wish manufacturers would make it more explicit that the ‘truffle’ flavour you are enjoying in your truffle crisps is not the real thing, snuffled from the ground by an expert forager — but a slippery and lucrative oil processed in an industrial plant.

Sheila Dillon is the presenter of BBC Radio 4’s The Food Programme.