Donald Trump has accused Google of rigging its search results to show only bad news stories about him.

The President unloaded on the tech firm in a pair of tweets on Tuesday morning which promised to ‘address’ the ‘very serious situation’. 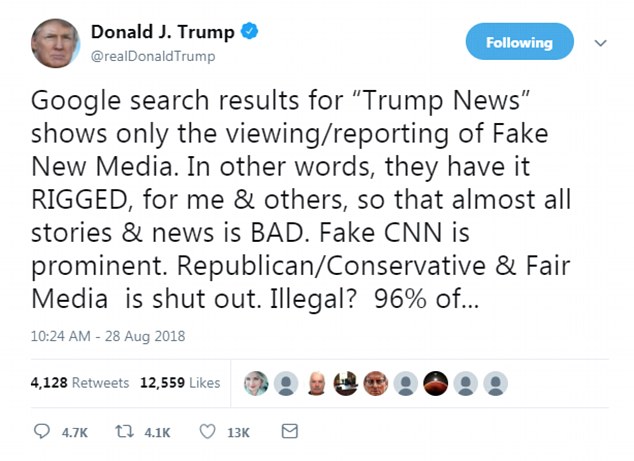 Donald Trump launched into an attack on Google on Tuesday morning, accusing the web giant of rigging its search results to make him look bad 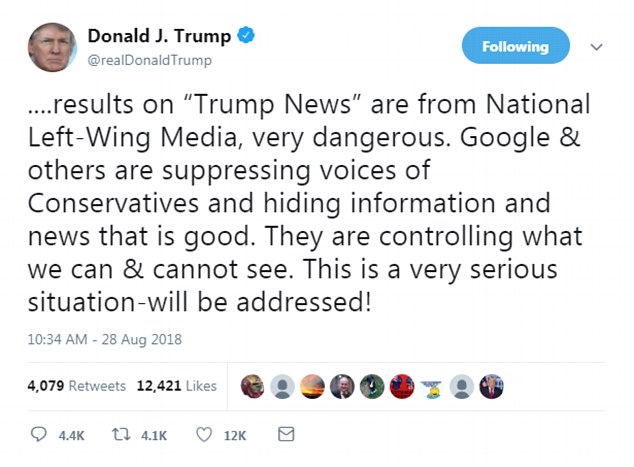 Trump threatened to address what he called ‘a very serious situation’, though it is not clear how he intends to do this

‘In other words, they have it RIGGED, for me & others, so that almost all stories & news is BAD. Fake CNN is prominent.

‘Republican/Conservative & Fair Media is shut out. Illegal? 96% of results on “Trump News” are from National Left-Wing Media, very dangerous.

‘Google & others are suppressing voices of Conservatives and hiding information and news that is good. They are controlling what we can & cannot see.

‘This is a very serious situation-will be addressed!’

Google uses a complex algorithm to decide what results users are presented with, though its exact workings remain a closely guarded corporate secret. 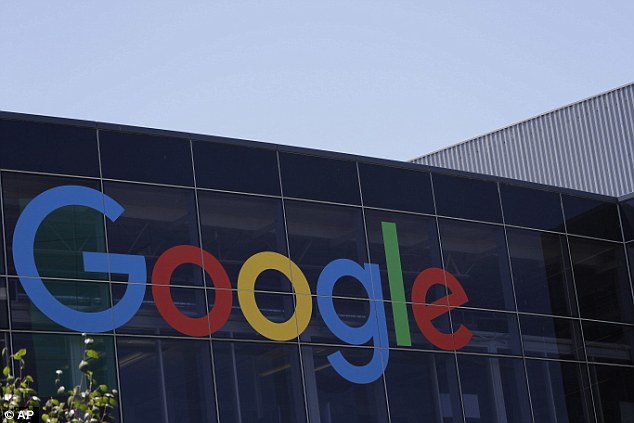 Google uses a complex algorithm to decide which search results a user is presented with, though its exact workings are a closely guarded secret 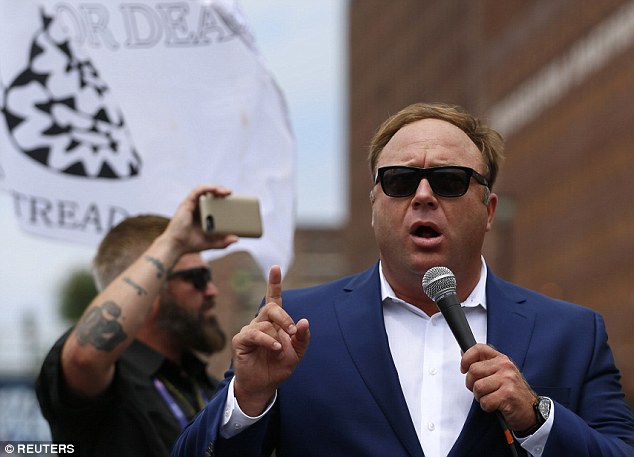 Trump’s tweets come after Alex Jones urged the President to weigh in on censorship after he was booted off Facebook, YouTube and Spotify for ‘hate speech’

We do know that a user’s search history will affect the results, so it is possible that Trump’s focus on negative stories about himself skewed his search.

Since then there have been two Congressional hearings about the issue, with tech companies repeatedly denying that they promote or demote content based on its political content.

Mark Zuckerberg’s testimony before Congress over election meddling was also peppered with questions about the suppression of conservative voices.

Earlier this month Alex Jones’s Infowars program was removed from all platforms with the exception of Twitter for promoting hate speech and conspiracy theories. 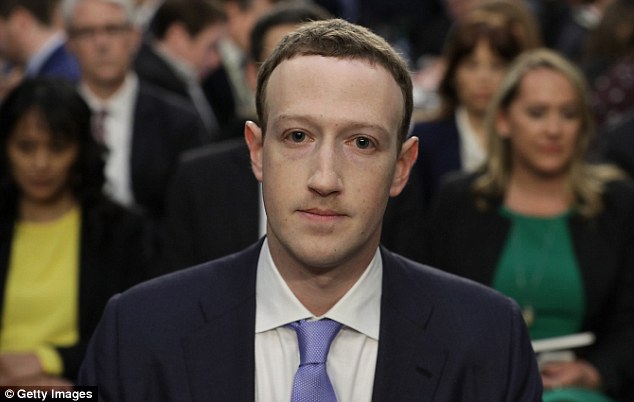 During his own testimony before Congress, Mark Zuckerberg faced repeated questions about censorship of conservative voices, which he denied 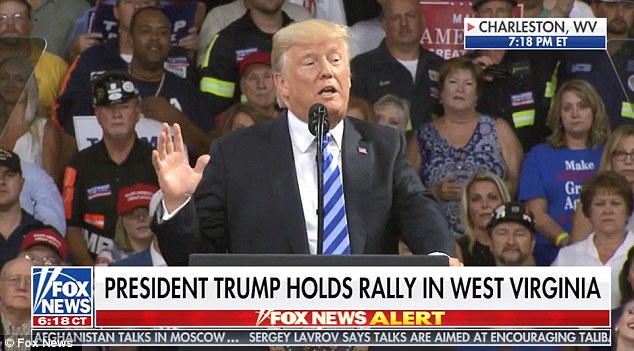 In recent weeks Trump has stepped up his attacks on censorship, telling a rally in West Virginia that it is worse than his old foe ‘fake news media’

Jones, an avid Trump supporter, appealed directly to the President to put an end to ‘censorship’ after his content was pulled.

Since then, Trump has tweeted multiple times about the issue, including on August 18 when he accused social media of ‘totally discriminating against Republican/Conservative voices’, vowing: ‘We won’t let that happen.’

On Friday last week he renewed his attack, accusing the same networks of ‘silencing millions of people’.

And at a rally in West Virginia earlier in the week, the President even suggested that censorship was worse than his old foe, the ‘fake news media’.

Trump said ‘social media censorship’ is ‘the new thing’ but he’d rather have ‘fake news’ over people being ‘stopped and censored.’

‘So we’ll live with fake news. I mean, I hate to say it,’ he said, ‘Because that’s by far the better alternative.’

It is not the first time that Trump has attacked tech giants, though on that occasion he accused the firms of suppressing bad news about others.

In October 2016, Trump accused Google, Facebook and Twitter of burying the news that Hillary Clinton was being investigated by the FBI over her emails – branding them ‘very dishonest media’.