Washington: US President Donald Trump lashed out at billionaires Charles and David Koch, who have built one of the most influential groups in GOP politics, widening a rift that reflects a struggle over the future of the Republican Party.

In two tweets Tuesday morning, Trump called the brothers "globalists" who "have become a total joke in real Republican circles." He called their political network, which has funnelled millions to Republican candidates and causes, "highly overrated" and said he's "beaten them at every turn." 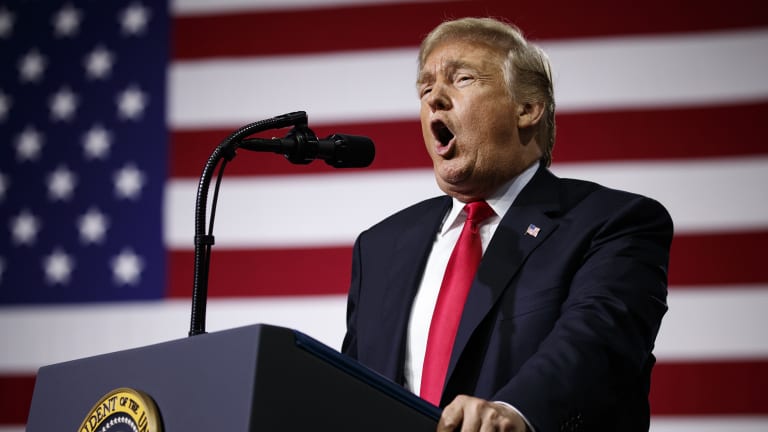 The Koch brothers didn't support Trump in 2016 and the two sides have clashed over Trump's opposition to long-held conservative beliefs on government spending and free trade, as well as a more welcoming stance held by the network on immigration. But Trump has demonstrated a tight hold over GOP voters that has made Republican politicians wary of crossing him.

Trump alleged that his policies have made the brothers wealthier and that they "want to protect their companies outside the US from being taxed," while he supports the American worker. In another tweet Trump called them: "Two nice guys with bad ideas."

James Davis, a spokesman for the network, didn't address any of the claims made by Trump in a statement he issued after the tweets. "We support policies that help all people improve their lives," he said. "We look forward to working with anyone to do so." 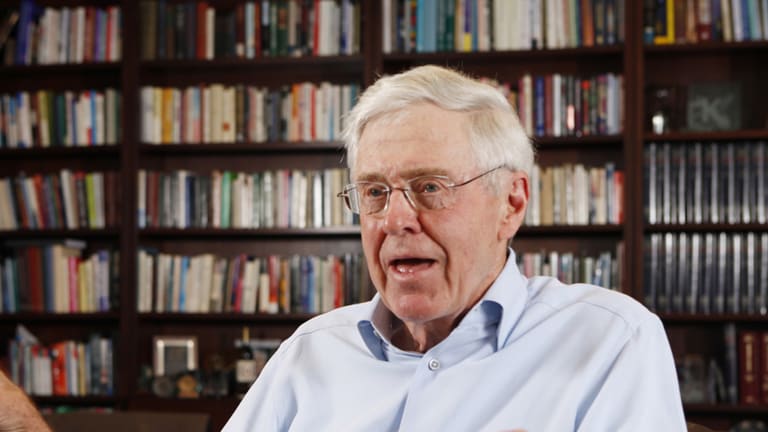 Charles Koch pictured in his office at Koch Industries in Wichita, Kansas.

The Koch network has praised the Trump administration's actions to cut taxes and regulations. More recently, however, it has been sharply critical of his actions on trade issues and immigration.

Keeping the network happy is important to Republicans, especially in election years. It plans to spend about $US400 million on state and federal policy and politics during the two-year cycle that culminates with November's balloting, a 60 per cent increase over 2015-16. Besides trying to influence electoral politics, the organisation also works on education, criminal justice, workforce and poverty issues.

The network's decision Monday not to support Representative Kevin Cramer against Democratic Senator Heidi Heitkamp in North Dakota was cast as a warning to other Republicans who might be tempted to stray from the free-market, fiscally restrained approach backed by the Kochs and their followers.

The decision not to back Cramer, as the network sought to put on a more bipartisan face, was announced at a briefing for more than 500 donors gathered at a luxury resort in Colorado Springs, Colorado.

"We can't support him at this time," said Tim Phillips, president of Americans for Prosperity, the network's flagship political organisation.

Trump's tweets are aligned with comments former White House chief strategist Steve Bannon made a day earlier. "We don't have time to have some theoretical discussion and to have their spokesman come out and say the president is divisive," he told Politico.

Charles Koch, 82, chairman and chief executive officer of Koch Industries, told reporters on Sunday he worries Trump's actions on trade and tariffs put the booming US economy at risk of recession.

While senior officials from the network had blamed Trump for the nation's divisions a day earlier, Koch stopped short of that.

"We've had divisiveness long before Trump became president," he said in rare on-the-record exchange with reporters. "I'm into hating the sin, not the sinner."