Washington: President Donald Trump said Friday that he suspects he'll "very quickly" revoke the security clearance for a Justice Department official whose wife worked for the firm involved in producing a dossier on Trump's ties to Russia.

Signaling that his efforts to target clearances over his frustration with the Russia investigation were not over, Trump tweeted that it was a "disgrace" for Bruce Ohr to be in the Justice Department. 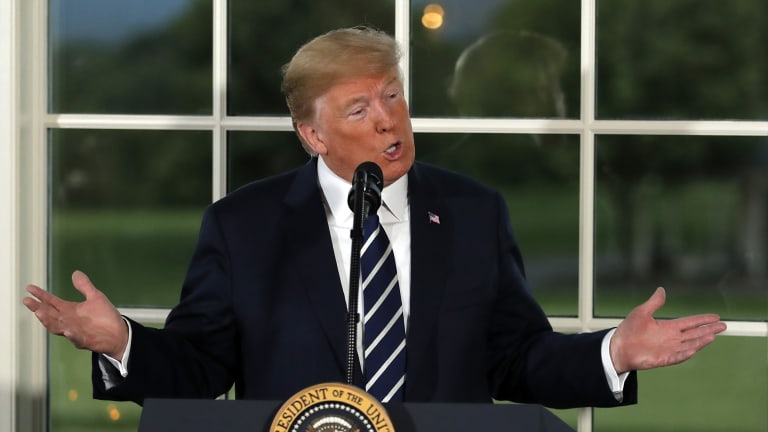 Ohr, a career official who has worked on anti-drug and anti-gang initiatives at the department, has been targeted by conservative conspiracy theorists who say he helped start the investigation into Russian election interference.

Ohr's wife was at one time a contractor for Fusion GPS, which participated in compiling a dossier about Trump during the 2016 campaign.

Ohr has come under Republican scrutiny for his contacts to Glenn Simpson, co- founder of Fusion GPS. The opposition research firm hired former British spy Christopher Steele during the 2016 presidential campaign to compile the dossier on Trump and his Russia ties.

Ohr's wife, Nellie, worked for Fusion GPS during the campaign – something Trump has tweeted about to highlight his assertions of political bias behind the Russia investigation.

Trump's comments came two days after he yanked the security clearance of former CIA Director John Brennan, saying he had to do "something" about the "rigged" federal probe of Russian election interference. Critics have cast it as an act of political vengeance. 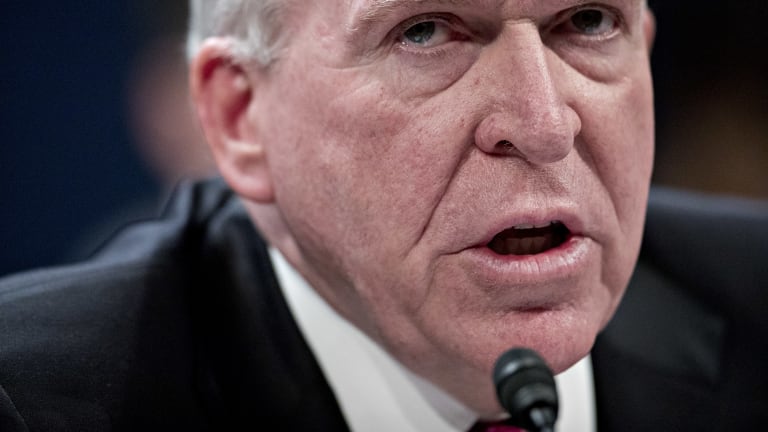 John Brennan, former director of the Central Intelligence Agency, had his clearance revoked by Donald Trump.

Former US security officials on Thursday issued scathing rebukes to Trump for moving against Brennan. Trump's admission that he acted out of frustration with the Russia probe underscored his willingness to use his executive power to fight back against an investigation he sees as a threat to his presidency. Legal experts said the dispute may add to the evidence being reviewed by special counsel Robert Mueller.

In an opinion piece in The New York Times, Brennan said Trump's decision, announced on Wednesday, to deny him access to classified information was a desperate attempt to end Mueller's investigation. Brennan, who served under President Barack Obama and has become a vocal Trump critic, called Trump's claims that he did not collude with Russia "hogwash."

The only question remaining is whether the collusion amounts to a "constituted criminally liable conspiracy," Brennan wrote.

Later Thursday, the retired Navy admiral who oversaw the raid that killed Osama bin Laden called Trump's moves "McCarthy-era tactics." Writing in The Washington Post, William H. McRaven said he would "consider it an honour" if Trump would revoke his clearance, as well.

"Through your actions, you have embarrassed us in the eyes of our children, humiliated us on the world stage and, worst of all, divided us as a nation," McRaven wrote.

That was followed late on Thursday by a joint letter from 15 former senior intelligence officials calling Trump's action "ill-considered and unprecedented." They said it "has nothing to do with who should and should not hold security clearances – and everything to do with an attempt to stifle free speech."

Then on Friday, 60 former CIA officials issued their own statement, joining a chorus of opposition from the intelligence community to Trump's decisions to threaten to or actually pull clearances. They said former government officials have a right to express unclassified views on national security issues without fear of being punished for doing so.

They said they did not necessarily concur with all the opinions expressed by Brennan, or the way in which he expressed them. But they said they believe the "country will be weakened if there is a political litmus test applied before seasoned experts are allowed to share their views."

Trump on Wednesday openly tied his decision to strip Brennan of his clearance – and threaten nearly a dozen other former and current officials – to the ongoing investigation into Russian election meddling and possible collusion with his campaign. In an interview with The Wall Street Journal, Trump again called the probe a "rigged witch hunt" and said "these people led it!"

"So I think it's something that had to be done," he said.

The president's comments were a swift departure from the official explanation given by the White House earlier Wednesday that cited the "the risks" posed by Brennan's supposed "erratic conduct and behavior." It marked the latest example of the president contradicting a story his aides had put forward to explain his motivations. 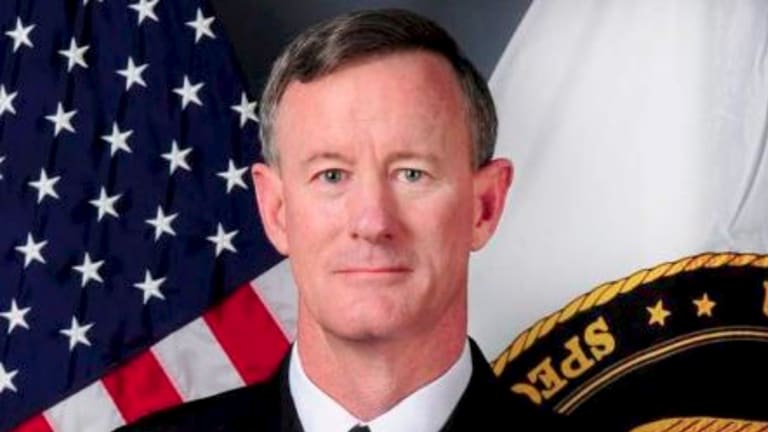 Attorneys said the revocation appeared to be within the president's authority. But they noted the power play also could be used to reinforce a case alleging obstruction of justice, following the president's firing of former FBI Director James Comey and his repeated tweets calling for the investigation to end.

Patrick Cotter, a former assistant US attorney in the Eastern District of New York and a longtime white-collar defence attorney, said that while a prosecutor could argue that Trump's targeting of clearances was intended as a warning that "if you contribute to, participate in, support the Russia probe and I find out about it, I'm going to punish you," it is likely not obstruction in itself.

But, he said the move would be a "powerful piece of evidence" for prosecutors as part of a pattern to demonstrate an intent to use presidential power in connection with the probe.

"What it shows is that the president is fixated on the Russia investigation, he's angry about it, and he wants to do everything he can to discourage or slow down the investigation," he said.

Mueller and his team have been looking at Trump's public statements and tweets as they investigate whether the president could be guilty of obstruction.

"I don't think it advances the criminal obstruction case, but I think it's factually relevant," said Mark Zaid, a national security attorney. "I think it shows the state of mind and intent to interfere or impede any unfavorable discussion of his potential connection to Russia."

Former CIA directors and other top national security officials are typically allowed to keep their clearances, at least for some period.