DONALD Trump ripped Michelle Obama with a video showing American cities burning behind her after she called him "racist."

The president has hit back just one day after the former First Lady released a video backing Joe Biden and slamming Trump. 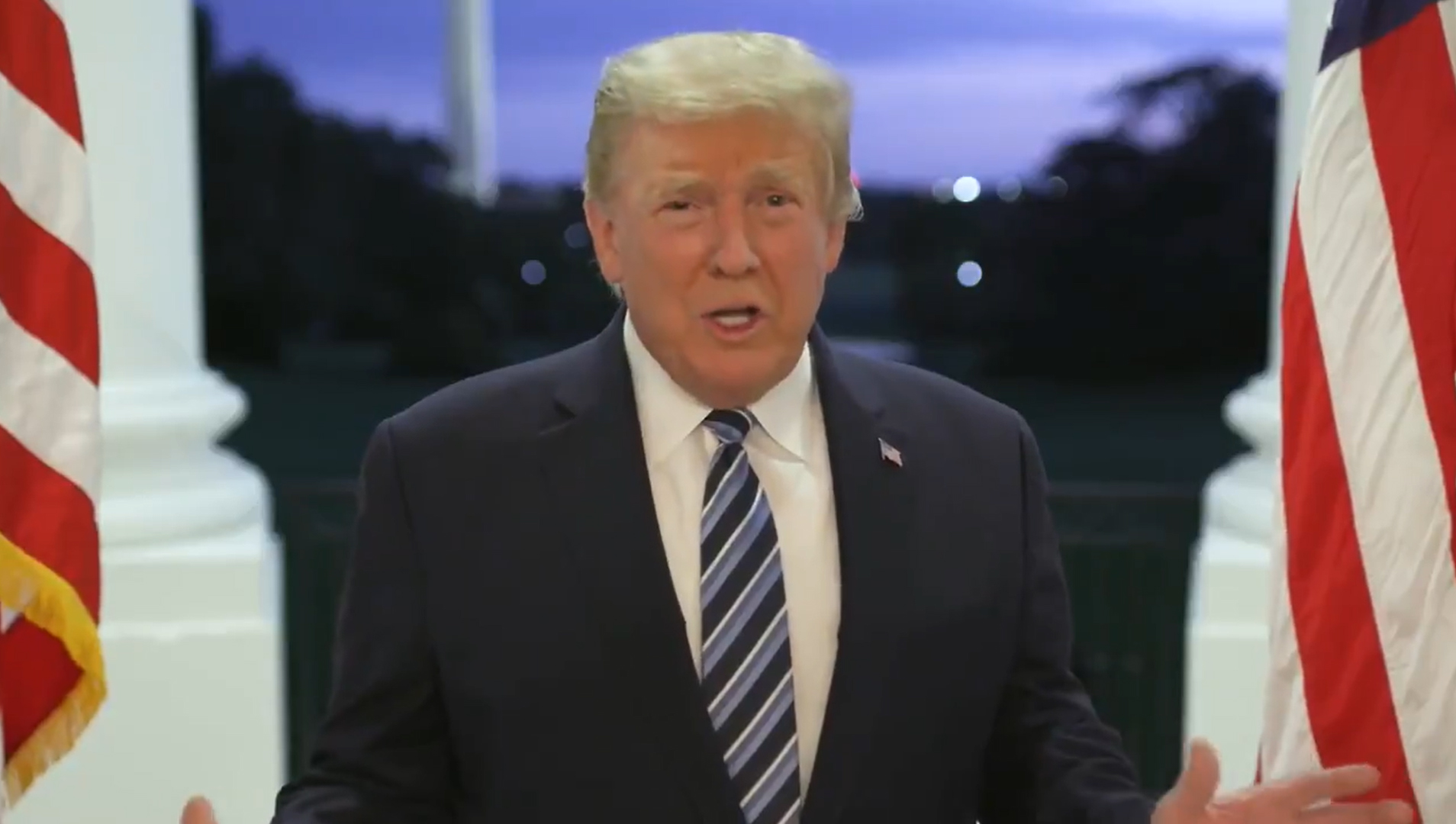 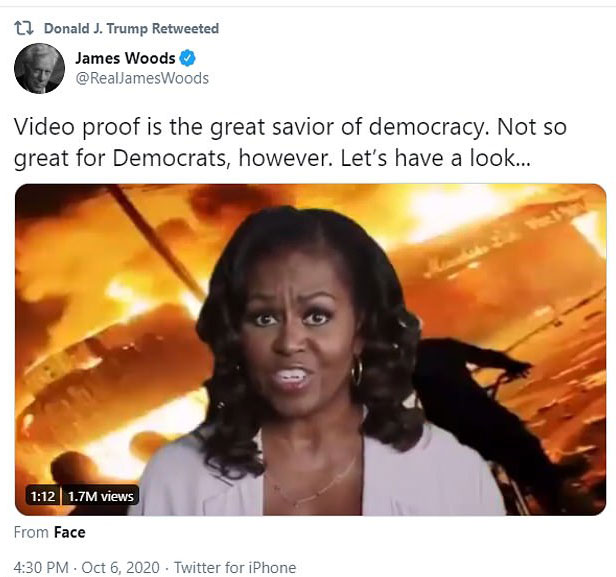 Trump retweeted a video showing the burning cities, that had the caption: "Video proof is the great savior of democracy.

"Not so great for Democrats, however. Let’s have a look…"

Shortly after the video was retweeted it appeared to be taken down from Twitter.

On Tuesday, Michelle Obama issued the strongly-worded clip on YouTube, urging Americans to vote for Joe Biden because Trump "isn't up to the job."

In the footage, Barack Obama's wife acknowledged the widespread civil unrest sweeping the country since George Floyd's police custody death and the increasing divisions in society.

"It’s frustrating to hear some folks say that you’ve been the beneficiary of privilege, that the color of your skin gives you a head start," she said. "That’s the reality for far too many hard-working, decent Americans.

"The president and his allies are trying to tap into that frustration and distract from his breathtaking failures by giving folks someone to blame other than them," she added.

Obama also claimed the majority of Black Lives Matter demonstrations were peaceful and accused Trump's administration and Republicans of "stoking fears about Black and Brown Americans."

"So what the president is doing is, once again, patently false. It’s morally wrong and yes, it is racist but that doesn’t mean it won’t work," the Democrat Party member said.

"[People] don’t have time to fact-check falsehoods being spread throughout the internet.

"And even reasonable people might get scared. And the one thing this president is really, really good at is using fear and confusion and spreading lies to win."

Detailing her own experience as a black woman in the USA, Obama urged viewers to "search your hearts, and your conscience, and then vote for Joe Biden like your lives depend on it."

"We have all been working so hard to keep ourselves and our families afloat – and we deserve a president who will do the same," she concluded.