Washington: Americans are Republican or Democrat, right or left, red or blue.

But there are shades of colour that aren't captured by those broad categories.

A new paper from the Brookings Institution by government expert Paul C. Light explores a more perceptive way to classify voters, one based more directly on their view of government. Light, a professor of public service at New York University, places voters in four boxes – dismantlers, expanders, streamliners and rebuilders. 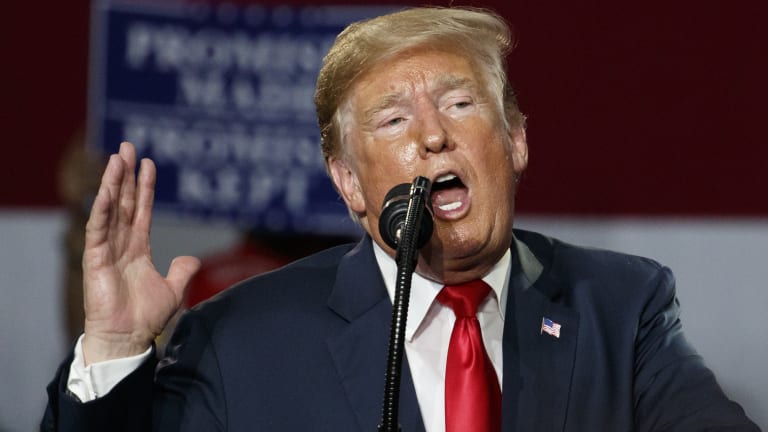 There's bad news for those who see government as the problem – the dismantlers' box is shrinking. They are in retreat, while the rebuilders, who want more and better government, are advancing.

This has important implications not just for elections this year and in 2020, but also for government agencies, federal employees and services to the public.

President Donald Trump, of course, is the chief dismantler. While losing the 2016 popular vote, he drove to an electoral college victory with a "drain the swamp" message. Just a month after the inauguration, Steve Bannon, then the White House's chief strategist and intellectual architect, urged a daily fight for the "deconstruction of the administrative state." 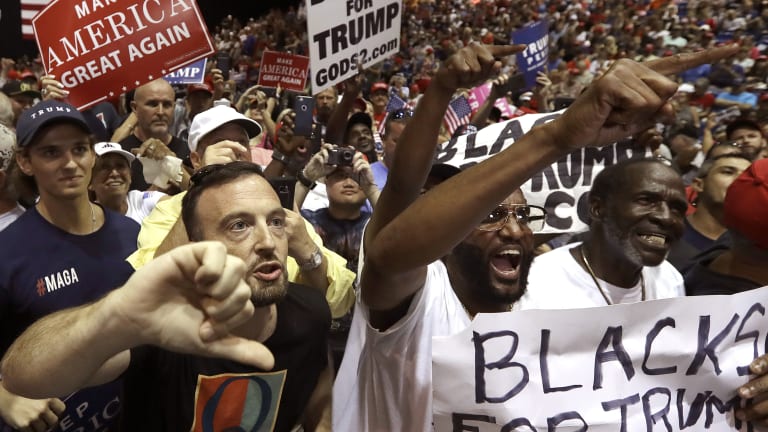 Why so many conspiracies? QAnon followers at a Donald Trump rally.

Before we get too deep into more Washington jargon, let's define who is what. Light described the four groups he has tracked for years:

— Dismantlers "think we should cut government back greatly and reform it to reduce fraud, waste, and abuse."

— Expanders "want more of what government delivers but are generally content with how government is working today."

— Streamliners "think we should cut government but are also generally content with how government is working."

Generally, Republicans favour dismantling and streamlining, while Democrats are in the expanding and rebuilding camps. Rebuilders are much more racially and ethnically diverse. They are 52 per cent white, 22 per cent black and 17 per cent Latino. Dismantlers are 80 per cent white, with blacks and Hispanics in single digits. Almost two-thirds of dismantlers are men. Women are 55 per cent of the rebuilders.

After reviewing survey data from the Pew Research Centre, Princeton Survey Research Associates and SSRS, a survey and market research firm, Light's study found that those who identify as dismantlers rose from 9 per cent in 2001 to 43 per cent in 2016. But their portion dropped to 35 per cent this year.

"What makes this all particularly interesting for 2018 is that Trump's base has actually shrunk over the past two years," Light said by email. The eight-point fall for dismantlers is "a statistically significant drop and a change well worth noting. My new analysis suggests that they may have fallen because the president is going too far."

Apparently, Congress thought Trump went too far with his fiscal 2018 budget proposal to dismantle 19 agencies. Congress has funded, not eliminated, them.

"As the dismantlers became more ideologically intense, they may have driven some . . . less ideological supporters toward the exits," Light's report says. ". . . Trump's divisive message and angry policies may have produced great political theater at his rallies at the expense of party-building."

The expanders, who Light said "embraced" Democratic presidential candidate Hillary Clinton, also are falling. With a 38-percentage point plummet from their 2001 high of 55 per cent, their drop has been the steepest of all. Meanwhile, the streamliners group remains "stuck in the mid-teens where it has languished for more than a decade."

That leaves rebuilders as the group to watch. From a low of 16 per cent in 1997 and 2010, they now are at 31 per cent. That's slightly below the dismantlers, but the rebuilders are on the rise, by nine percentage points since 2015.

"The rebuilders now have the momentum to win a plurality in the midterm elections and are on track to becoming a president-maker in 2020, even as the dismantlers fight to maintain control," Light's study says. "It is time to prepare for a bitter face-off between the two positions."

John Della Volpe, director of polling at the Harvard Kennedy School, said Light's "analysis aligns well with our ongoing tracking of views of young Americans toward politics, government and public service. Over the last several years, we have identified a growing interest of younger Americans in government taking a more significant role in addressing a host of challenges – from health care, to the environment, education and poverty."

Although Trump didn't eliminate the 19 agencies, he has had some success on the dismantling front, notably in gutting government regulations. His tax cuts and appointments of conservative judges also play well among dismantlers.

Yet only 9 per cent of dismantlers gave government an excellent or good rating in June, 17 months after Trump took office. Conversely, that rating was 45 per cent among expanders.

"Trump's dilemma is clear," Light said. "The more he attacks federal employees and promotes his deep-state conspiracies, the less credit he gets for very major reform. He told his supporters that he alone could fix it, after all. So why is government still rife with corruption and conspiracy?"