TWO men in their 20s died in a town centre police chase when their car ploughed into a barrier in West Yorkshire.

Police said the crash happened in the early hours of this morning when the driver lost control of the car. 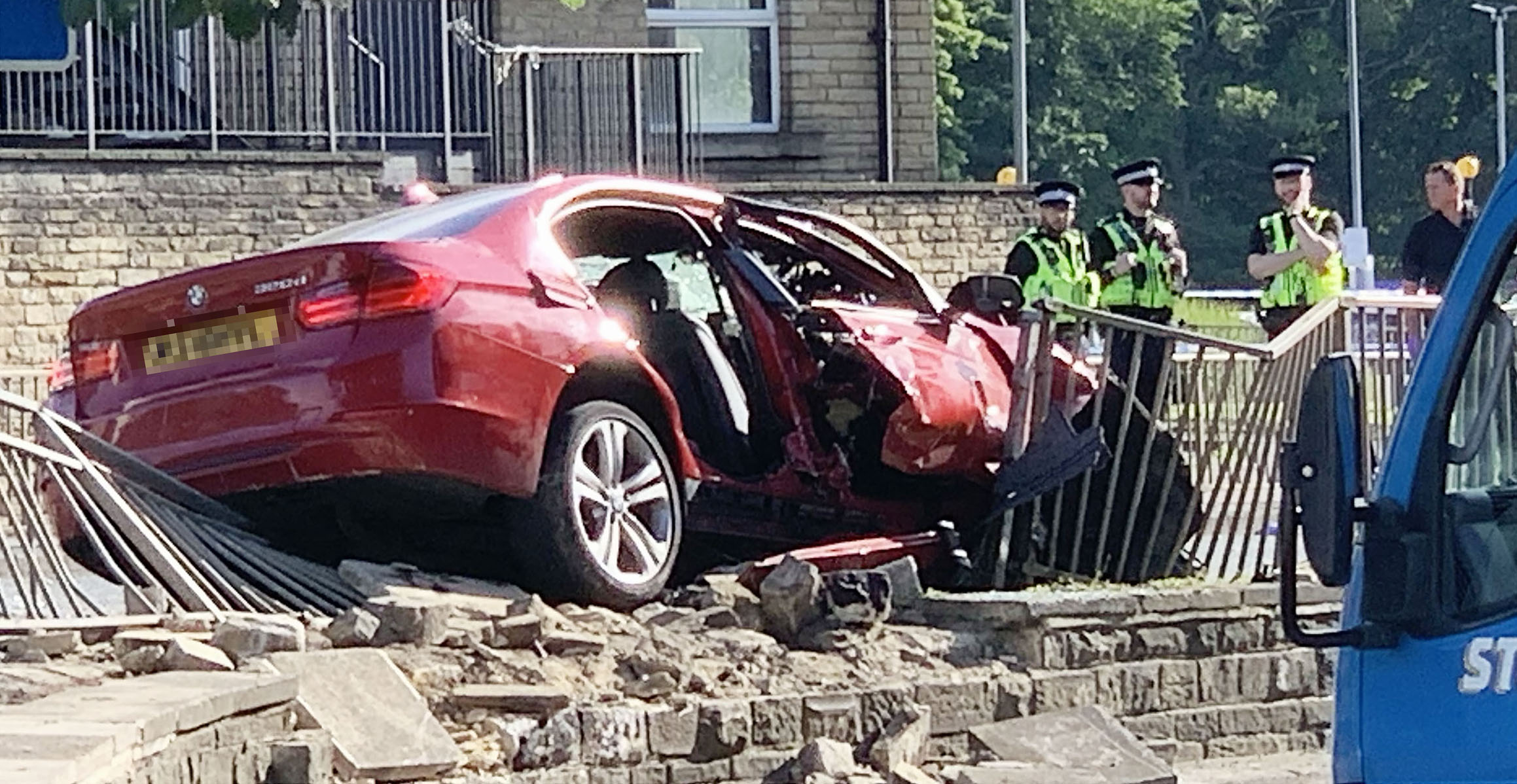 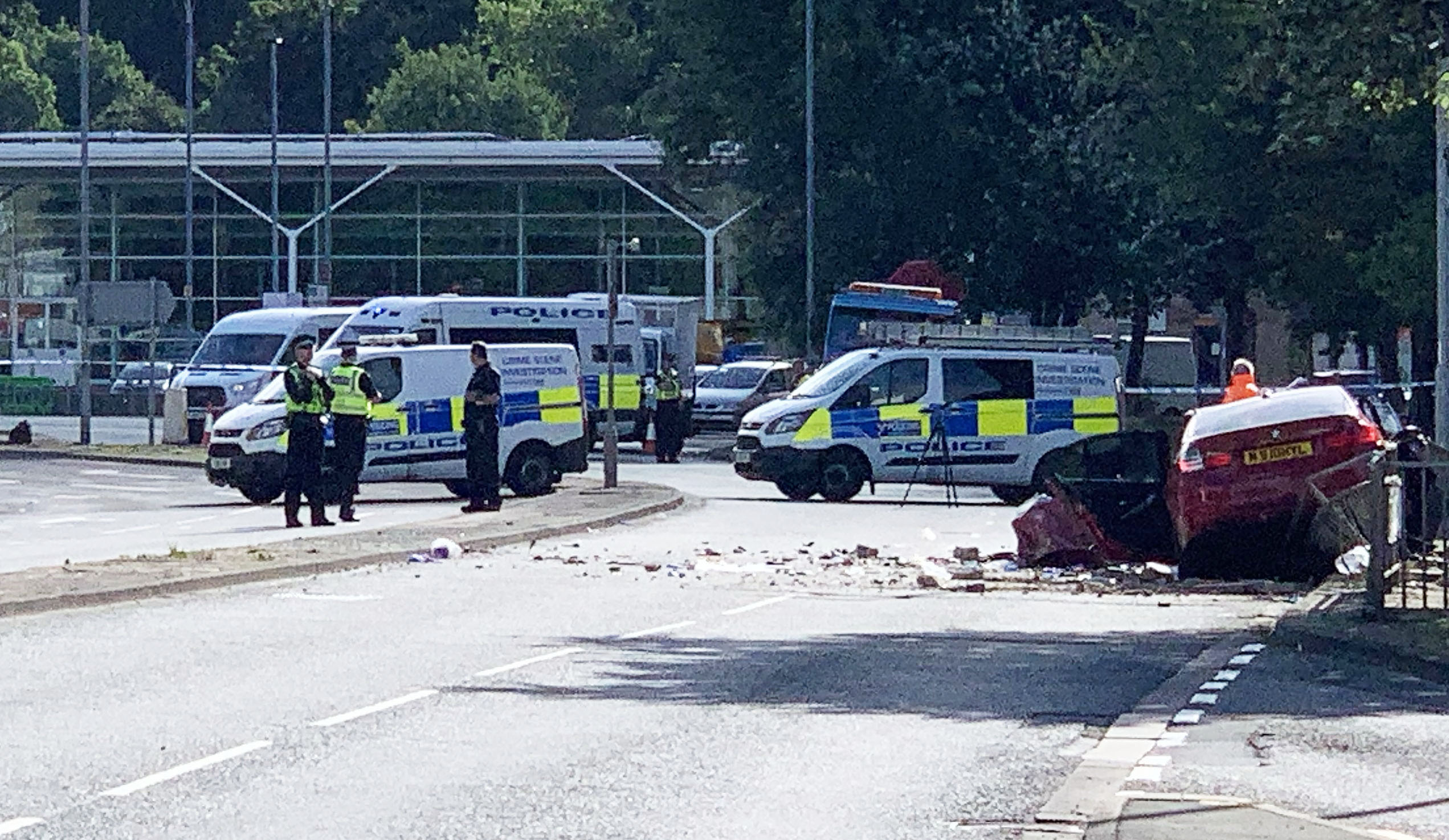 Shocking photographs show the mangled wreckage of the car after the fatal crash.

It is not clear why cops were pursuing the car before it left the road and the driver and passenger died.

Officers in an Armed Response Vehicle were pursing the maroon car in Brighouse, West Yorkshire, when it left the road around 1am today.

Both occupants of the BMW, believed to be aged in their 20s, died in the crash on the Bradford Road dual carriageway, near Brighouse Bus Station.

The Independent Office for Police Conduct (IOPC) has launched an investigation.

Miranda Biddle, IOPC regional director, said: “This is a tragic incident and my thoughts are with the men’s family and friends and all those affected, including the emergency services in attendance.

“We sent investigators to the scene and to the post incident procedures, where the two officers in the police vehicle provided statements to us.

“It is mandatory, when someone dies following police contact, that the matter is referred to the IOPC. Our role is to establish and examine the circumstances of what happened; this work is already underway, and West Yorkshire Police is cooperating fully with our enquiries.” 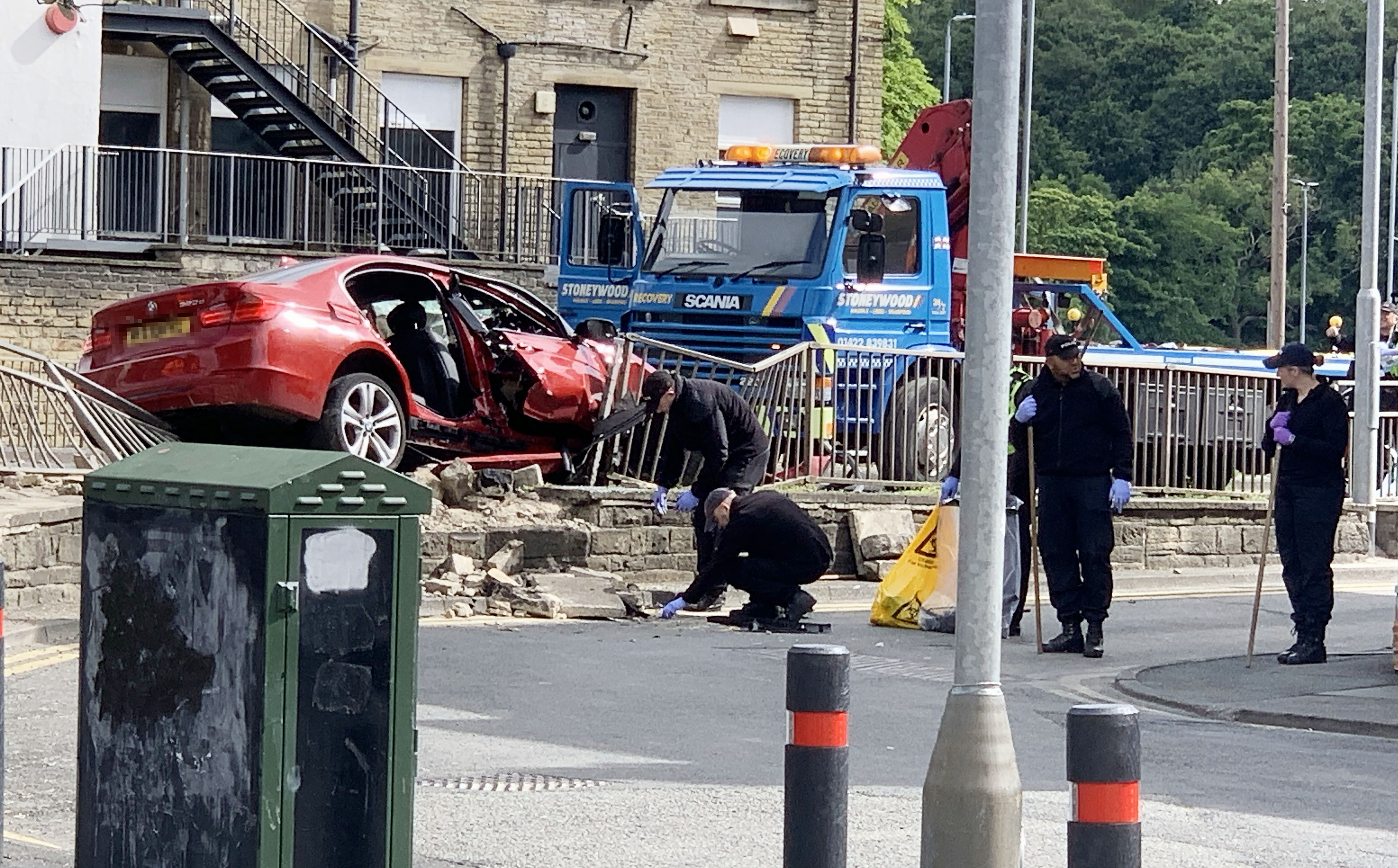