Two more women’s rights activists have been arrested in Saudi Arabia – the latest to be swept up in a government crackdown on activists, clerics and journalists.

Samar Badawi and Nassima al-Sadah were detained in the past two days, adding to more than a dozen women activists who have been targeted since May, according to Human Rights Watch (HRW).

Most campaigned for the right to drive and an end to the kingdom’s male guardianship system, which requires women to obtain the consent of a male relative for major decisions.

But amid international concern over the detentions, reports have emerged that men are revolting over women being allowed to drive in the ultra-conservative kingdom.

Last month, footage emerged of a car belonging to Salma Barakati engulfed in flames having been deliberately set alight by men ‘opposed to women drivers’. 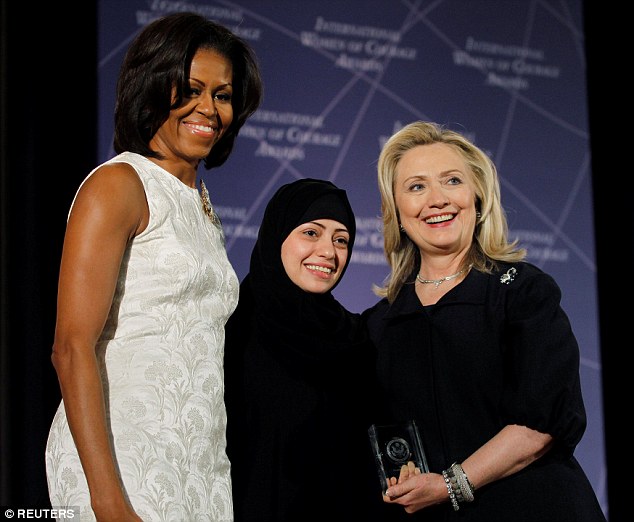 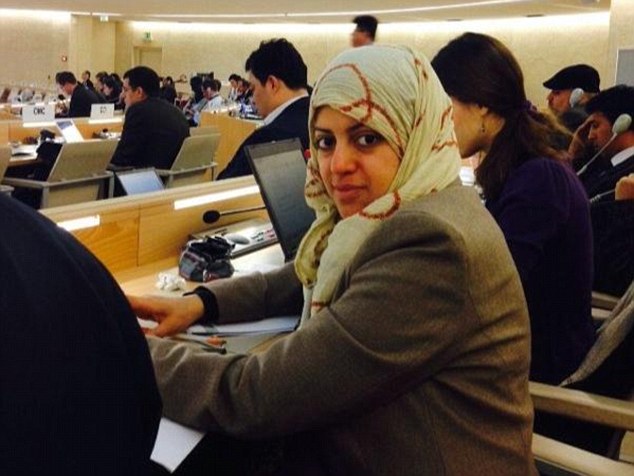 Nassima al-Sadah (pictured), from the restive Shi’ite-majority Qatif province, has also been arrested. She is known to have campaigned to abolish the guardianship system 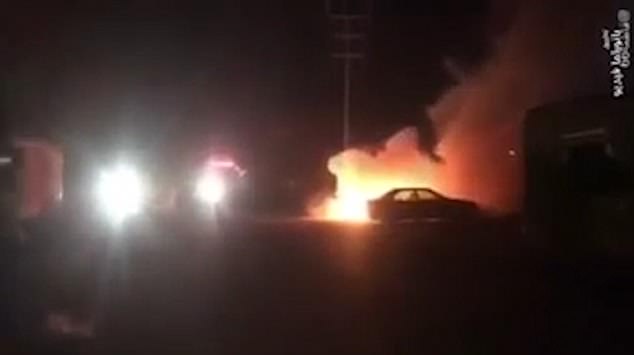 Last month, footage emerged of a car belonging to Salma Barakati engulfed in flames having been deliberately set alight by men ‘opposed to women drivers’

The arson attack came despite the Saudi government projecting a progressive image of the kingdom this year under Crown Prince Mohammed bin Salman.

In June, officials ended a decades-old ban on women driving cars as part of a bid to diversify the economy away from oil and open up Saudis’ cloistered lifestyles.

But, the video of a woman’s car burning appears to demonstrate that not all are behind the kingdom’s new stance.

Prince Mohammed has courted Western allies to support his economic reform plan, offering billions of dollars of arms sales and promising to fight radicalism in the kingdom.

Hundreds of billions of dollars of investments were discussed during his trips to the United States and Europe.

But the latest arrests appear to be at odds with this progressive image.

Badawi received the United States’ International Women of Courage Award in 2012 for challenging the guardianship system, and was among the first women who signed a petition calling on the government to allow women to drive, vote and run in local elections. 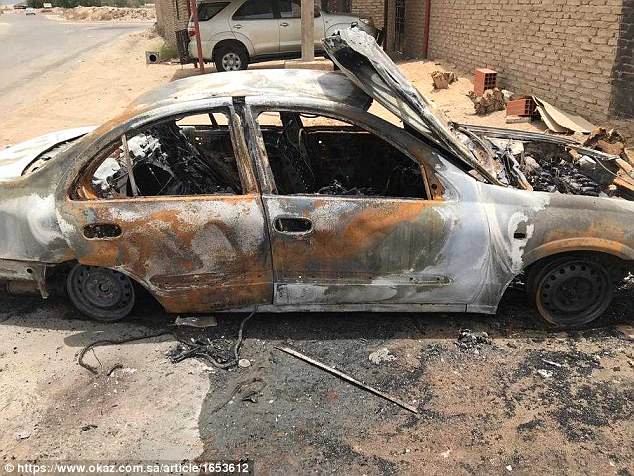 Sadah, from the restive Shi’ite-majority Qatif province, has also campaigned for the right to drive and to abolish the guardianship system.

‘The arrests of Samar Badawi and Nassima al-Sadah signal that the Saudi authorities see any peaceful dissent, whether past or present, as a threat to their autocratic rule,’ said Sarah Leah Whitson, Middle East director at Human Rights Watch, in a statement.

‘Saudi authorities have targeted and harassed Badawi for years. In addition to her advocacy for women’s equality, she has campaigned energetically for both her former husband and her brother to be released from prison,’ the statement added.

Saudi authorities have barred her from travelling abroad since 2014.

Officials said seven people had been arrested for suspicious contacts with foreign entities and offering financial support to ‘enemies overseas’, and that further arrests could be carried out as the investigation proceeded.