Carrie Symonds demands Asda, Tesco and Sainsbury’s stop selling products that use monkey ‘slaves’ after fury at plight of macaques on coconut farms in Thailand

Symonds earlier today welcomed pledges by four firms including Boots and Waitrose to take the goods off their shelves, adding it was ‘time ALL supermarkets to do the same’.

A keen conservationist, Symonds was responding to a report in the Telegraph newspaper that highlighted the use of pigtailed macaques taken from the wild in Thailand and used on farms to scurry up trees and harvest coconuts. 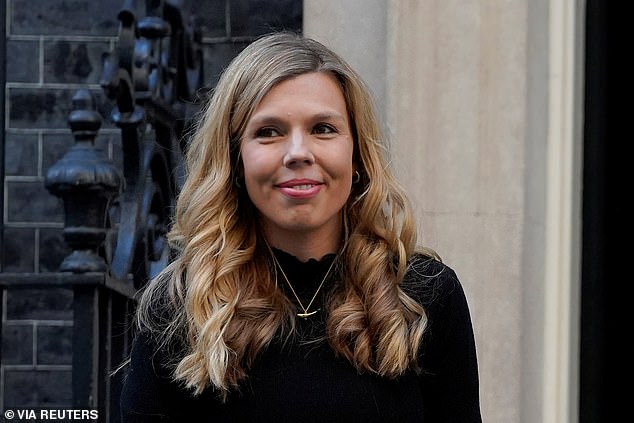 The report cited an investigation by the animal rights organization Peta Asia.

‘Glad Waitrose, Co-op, Boots & Ocado have vowed not to sell products that use monkey labor, while Morrisons has already removed these from its stores,’ Symonds tweeted.

She called on all other supermarkets to stop selling the products, which include certain brands of coconut water and coconut milk, and named three chains.

Within hours of posting about the use of monkey labour on social media, the huge supermarkets began to respond.

Walmart-owned Asda said it was removing Aroy-D and Chaokoh branded products from sale while it investigated the report with its suppliers.

‘We expect our suppliers to uphold the highest production standards at all times and we will not tolerate any forms of animal abuse in our supply chain,’ it said in a statement.

A spokeswoman for Sainsbury’s said it was actively reviewing its ranges and investigating the issue.

‘We are also in contact with PETA UK to support our investigations,’ she said.

Tesco, Britain’s biggest retailer, did not have an immediate comment.