MOST of Britain was blanketed with snow this morning as temperatures are expected to plunge to -3.

The Met Office has issued snow and ice warnings for most of the UK for the next few days just hours after Storm Bella battered the country. 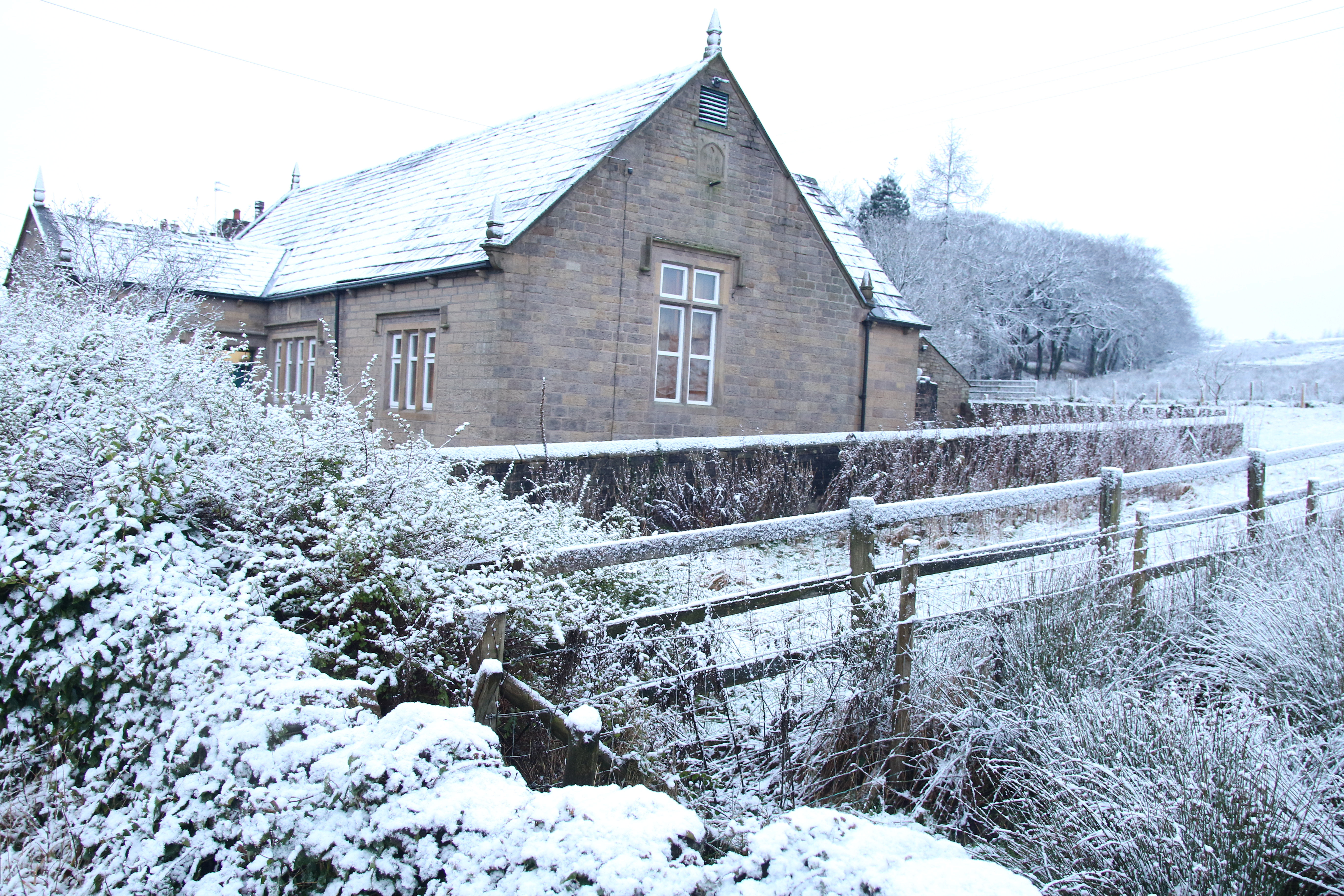 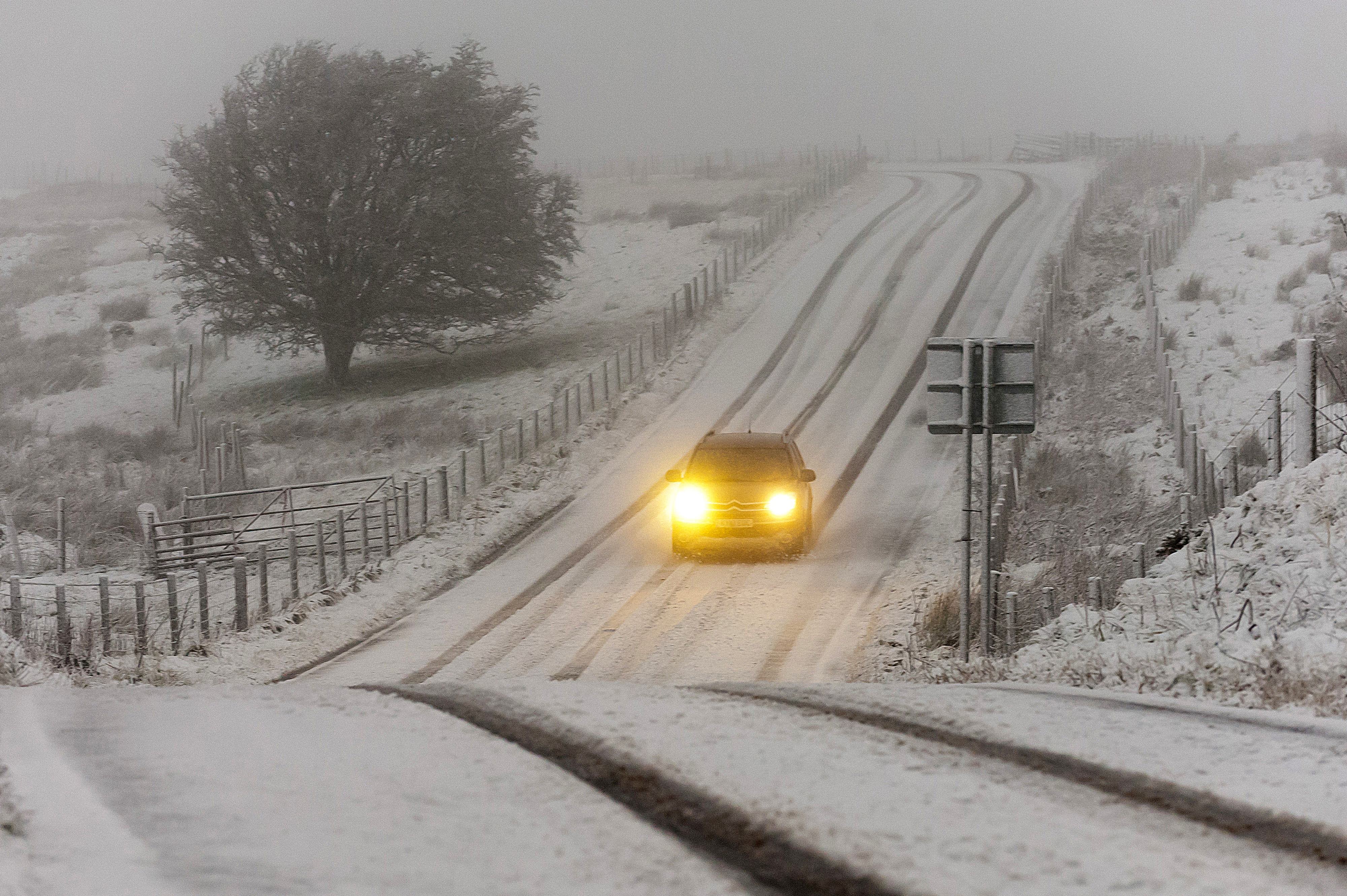 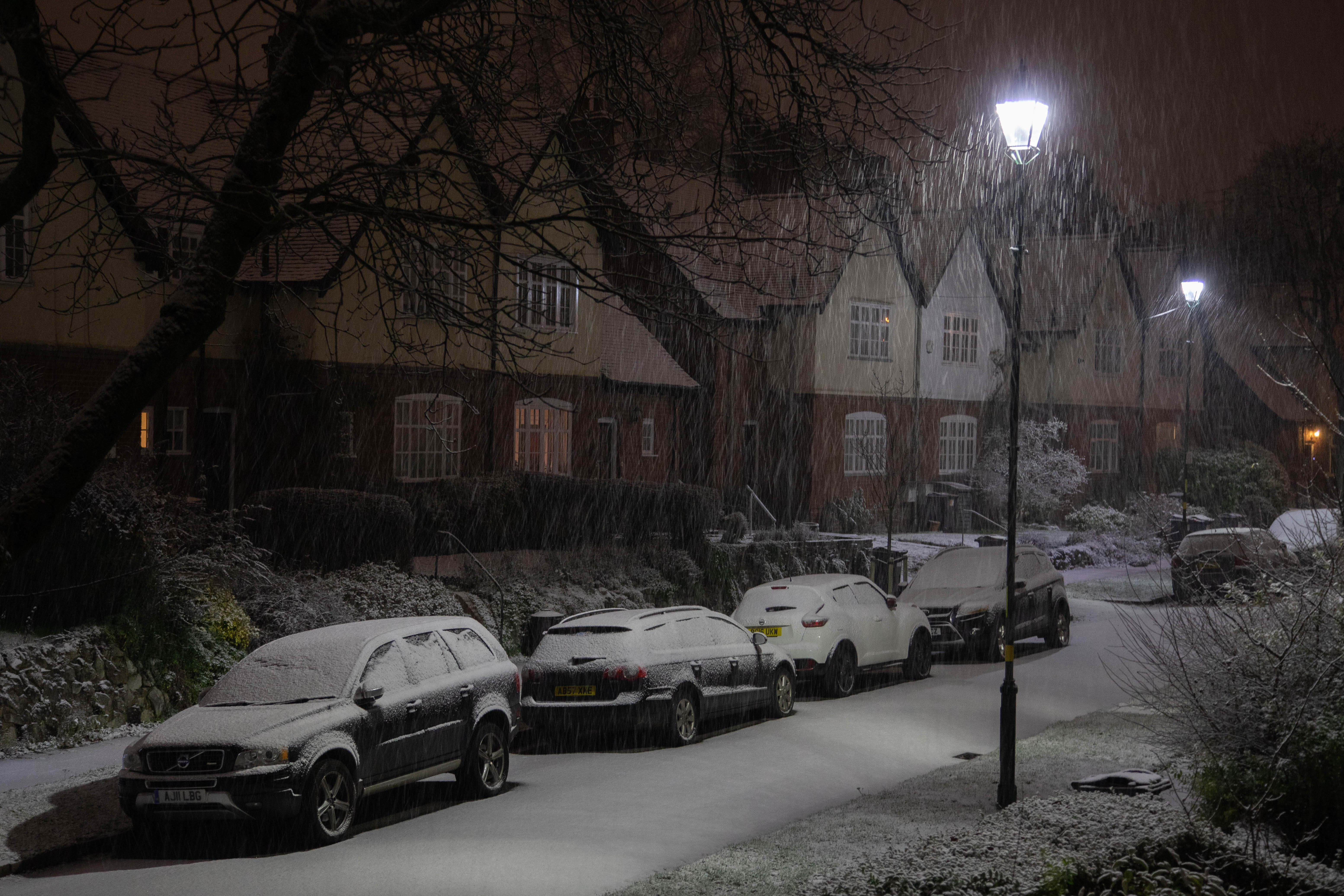 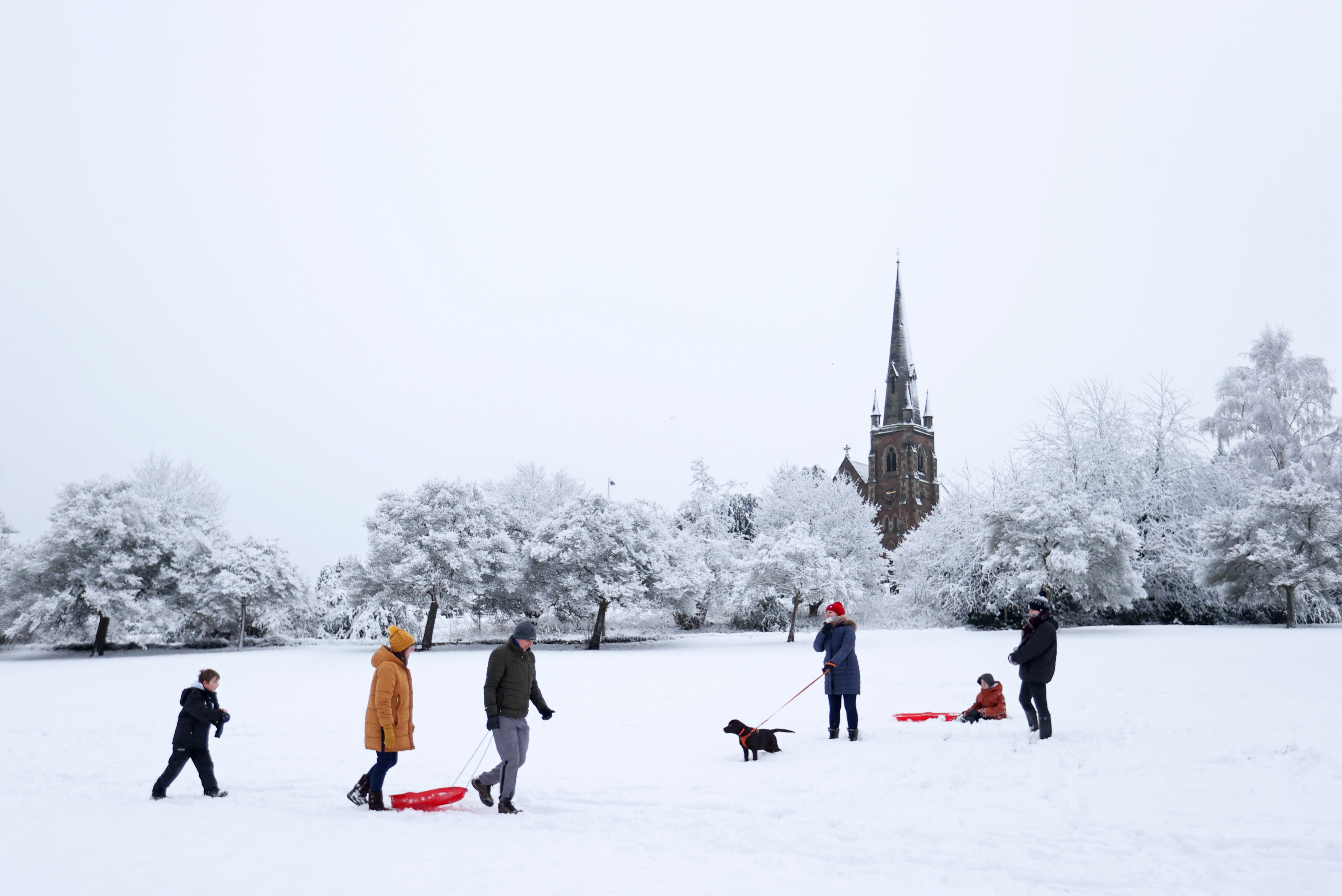 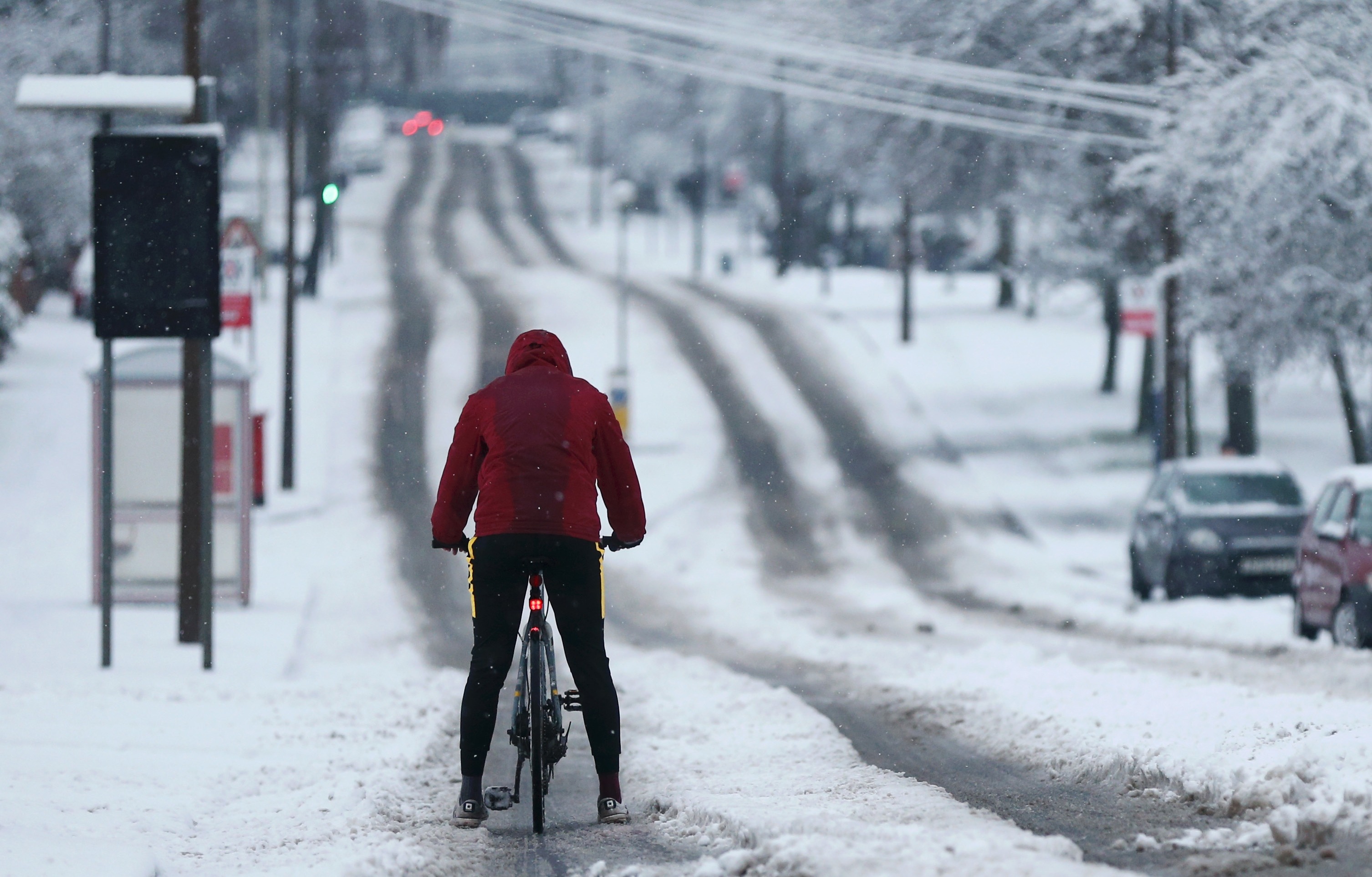 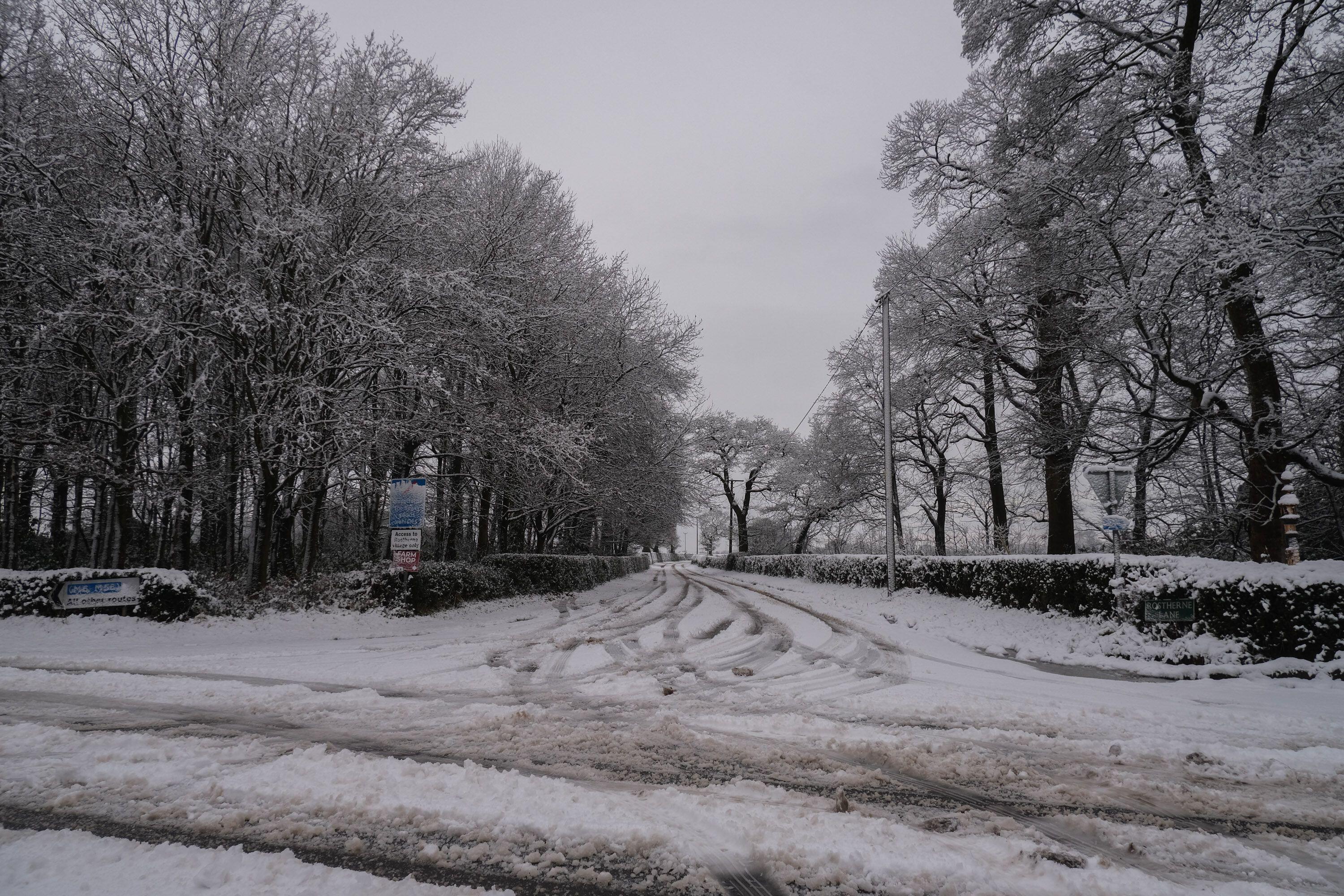 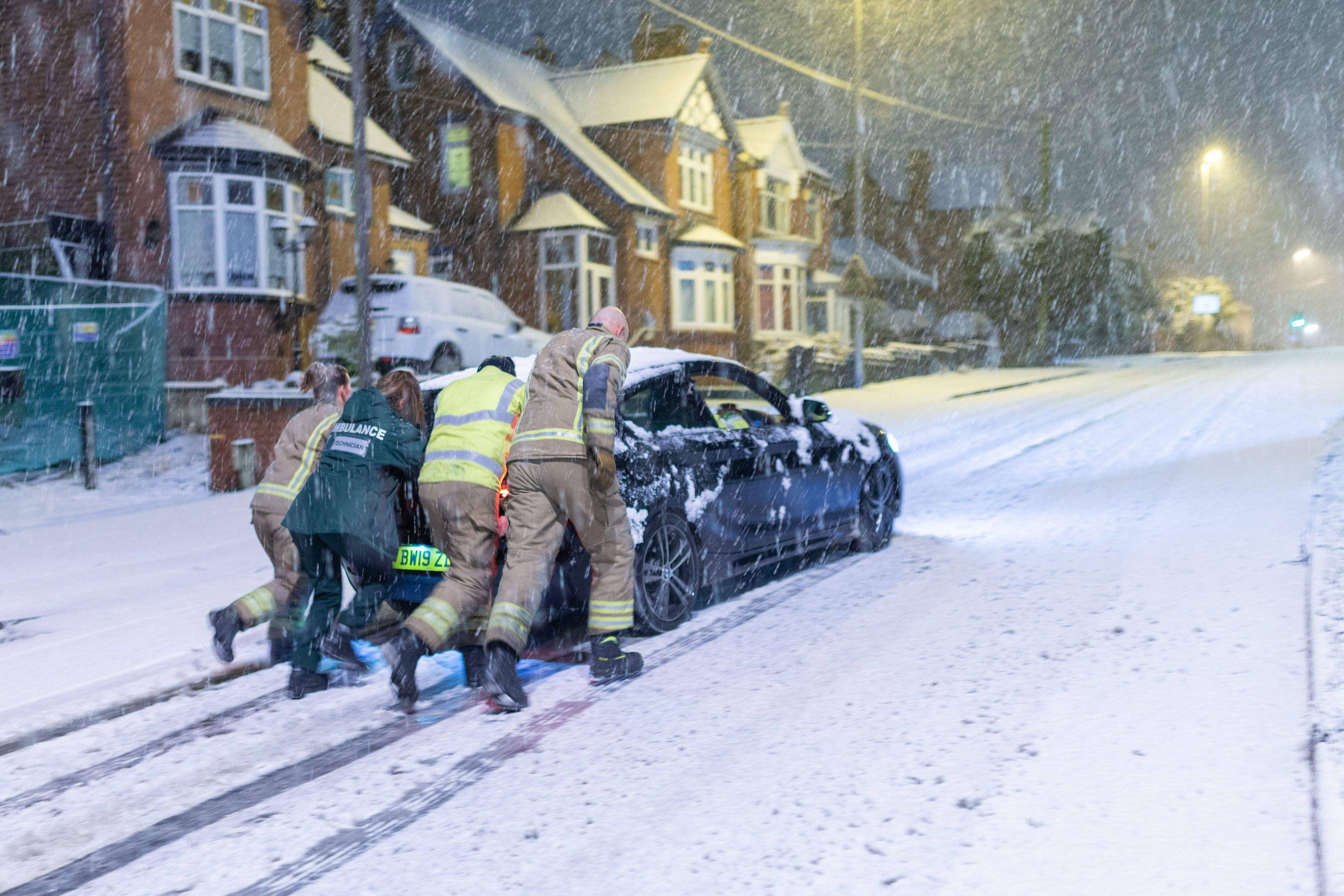 Parts of England, Northern Ireland, most of Scotland and much of Wales have been slapped with yellow weather warnings.

In Manchester heavy snow fell overnight and this morning, causing several crashes on the M6 last night – resulting in motorists caught in tailbacks.

This morning, a thick layer of snow has coated the M60 west near Sale and Barton Bridge.

In England, a warning is in place for snow and ice from the north-west down through the Midlands and across to Taunton in the west and London in the east.

This morning Londoners woke up to temperatures of 0C and are expected to see a maximum of just 5C today, while the mercury is expected to reach the same high in Cardiff.

Snow had already fallen in parts of Scotland, Northern Ireland and England by Sunday afternoon, while more than 100 flood warnings were in place across England following days of stormy conditions. 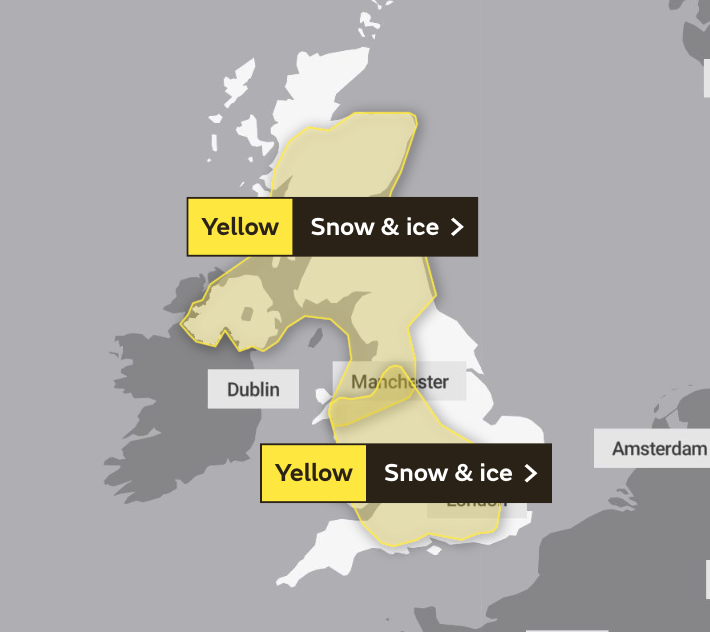 The yellow warnings from the Met Office, where put place from midnight until 6pm on Monday, advise of the potential for injuries from icy surfaces and delays to trains and road transport.

The chilly temperatures follow several days of wintery weather over the Christmas period which brought flooding to parts of southern England before Storm Bella arrived on Boxing Day with winds of more than 100mph.

Flooding was also reported in parts of eastern England by Sunday morning, with kayakers taking to the roads in Norfolk in an attempt to traverse water-logged streets.

As of 4am this morning, 103 flood warnings remained in place across England calling for immediate action ahead of expected flooding, alongside 193 flood alerts.

More than 300 flood warnings were issued on Sunday as the Environment Agency said: “There continues to be a severe risk to life due to the challenging conditions.”

And people living in areas which faced huge floods as a result of the weather in the past few days will be among those to expect snow.

Despite the bad conditions, gales meant that for the first time ever more than half of Britain's electricity was generated by wind power on Saturday.

According to energy firm Drax, 50.67% of the country's power was produced by wind turbines on Boxing Day.

On Sunday, 1,300 homes near the River Great Ouse in Bedfordshire were evacuated on Sunday as Mayor of Bedford Borough Dave Hodgson said 40 properties had been damaged. 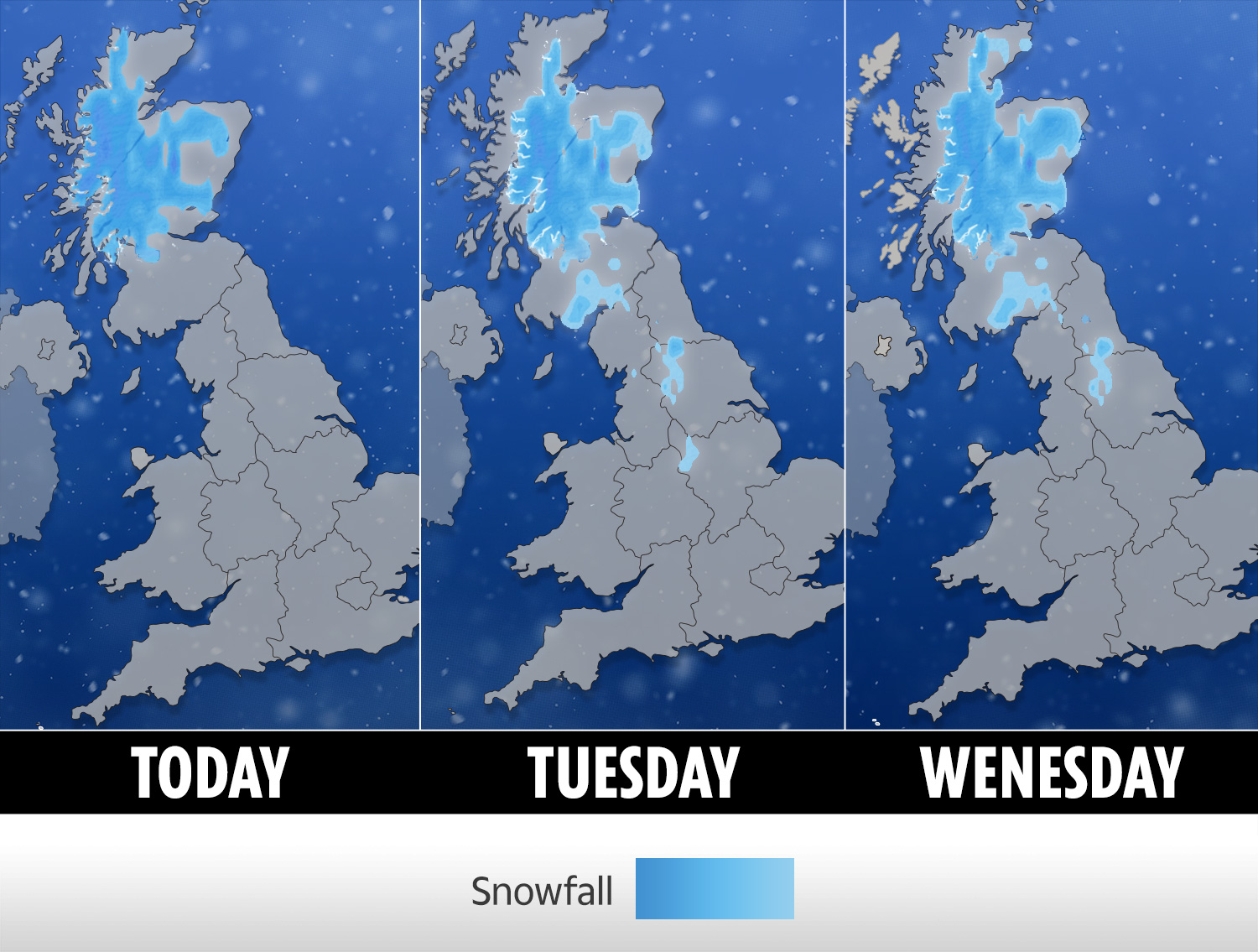 Bedfordshire Fire and Rescue Service also had to rescue two people trapped in their homes by floods.

Council workers handed out sandbags in Cirencester, Glos., while more than 70 homes were without power in the town, while forty homes in Witney, Oxfordshire, flooded.

The M25 QE2 bridge from Essex into Dartford, Kent, was shut and a string of other roads across the region were closed by floods or fallen trees.

The Welsh Grand National at Chepstow was called off due to a waterlogged course.

And in Cornwall, more than 100 homes were without electricity and 50 were blacked out in Bristol and Bath.

A spokesman said: “It is often deeper than it looks and just 30cm of flowing water is enough to float your car."

A number of people had to be rescued from vehicles in North Yorkshire after they became stranded in floodwater.

And in Aysgarth, a man and a woman were also rescued by boat from the roof of their car at 2.40am after they drove into deep floodwater. 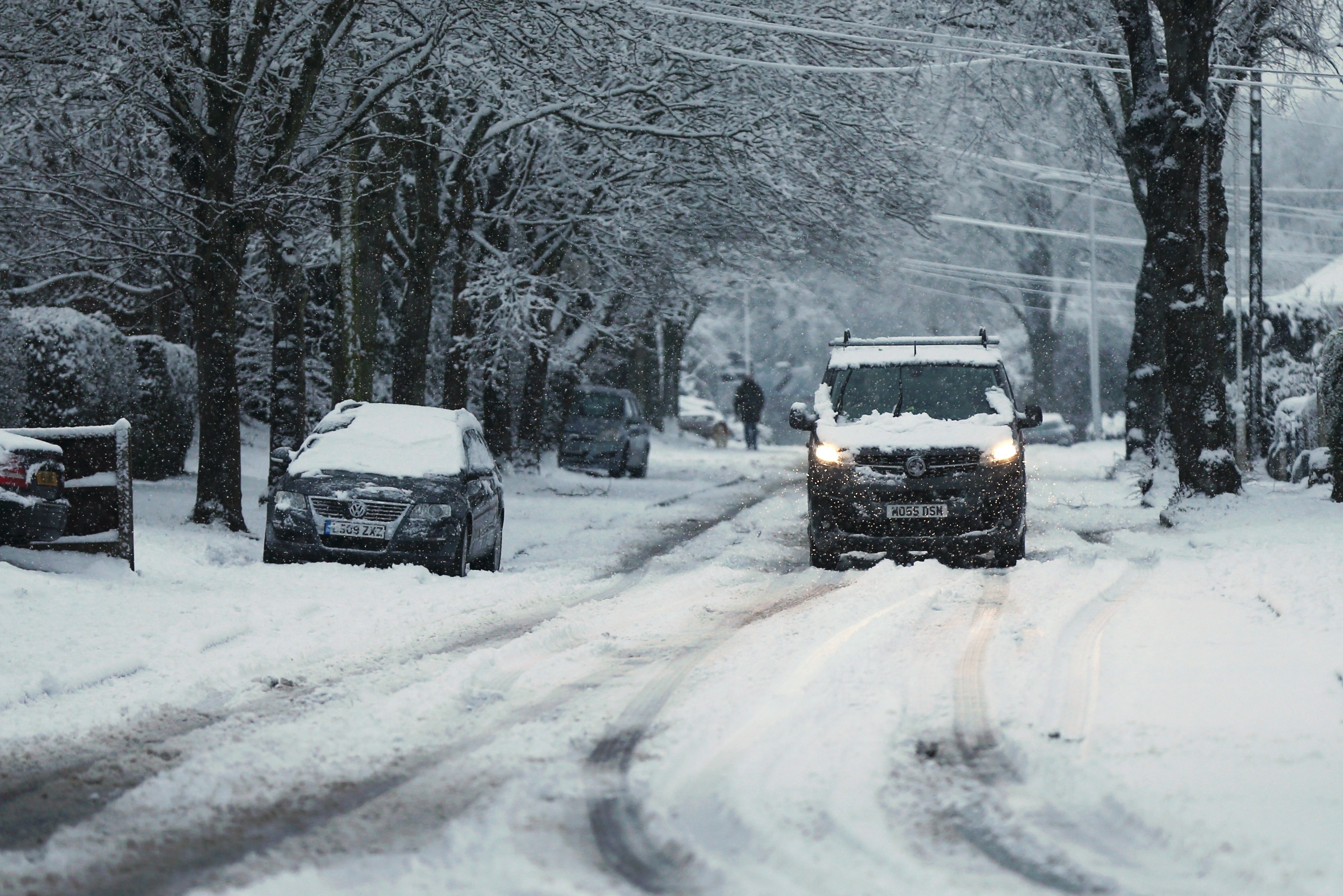 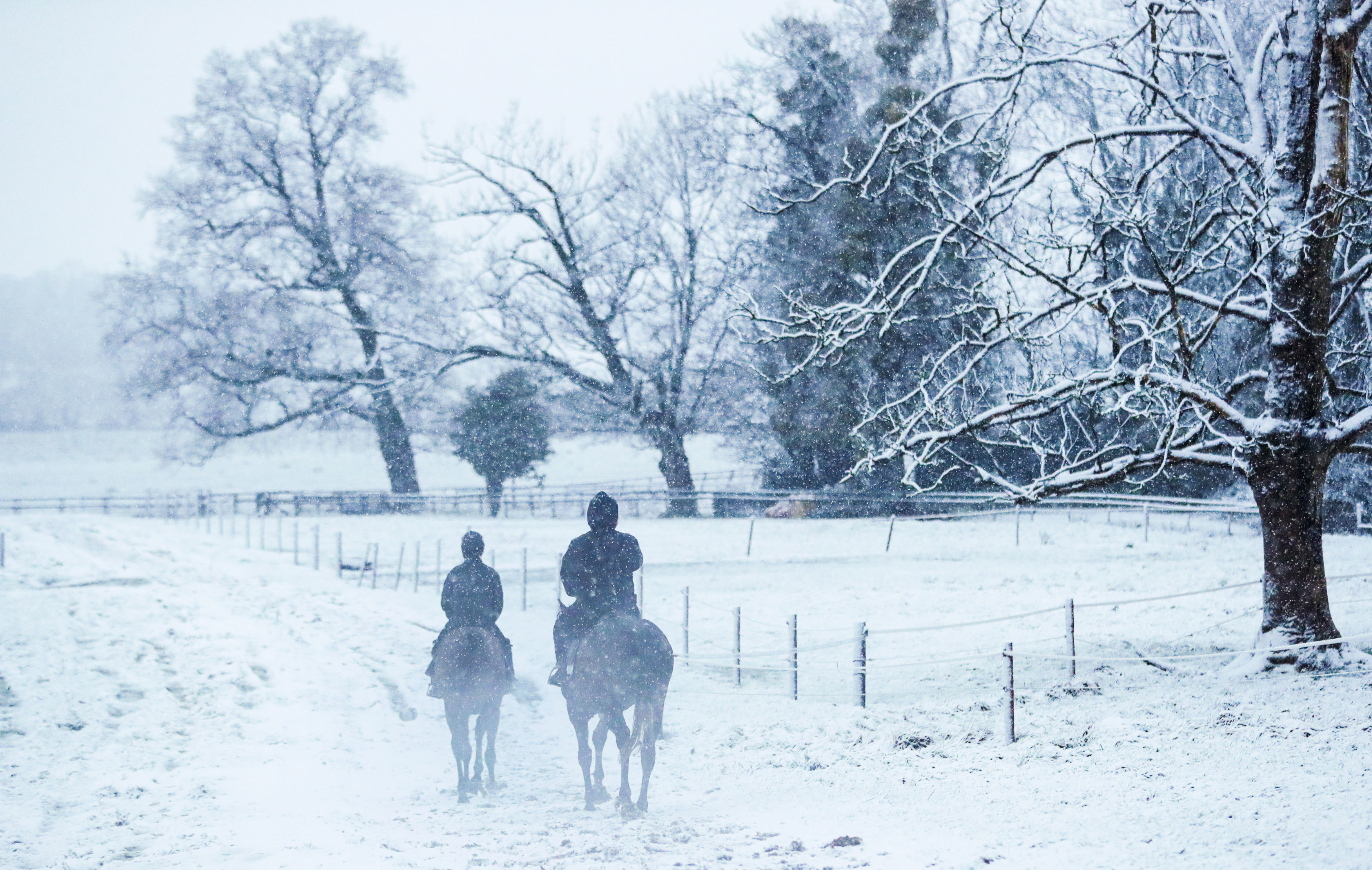 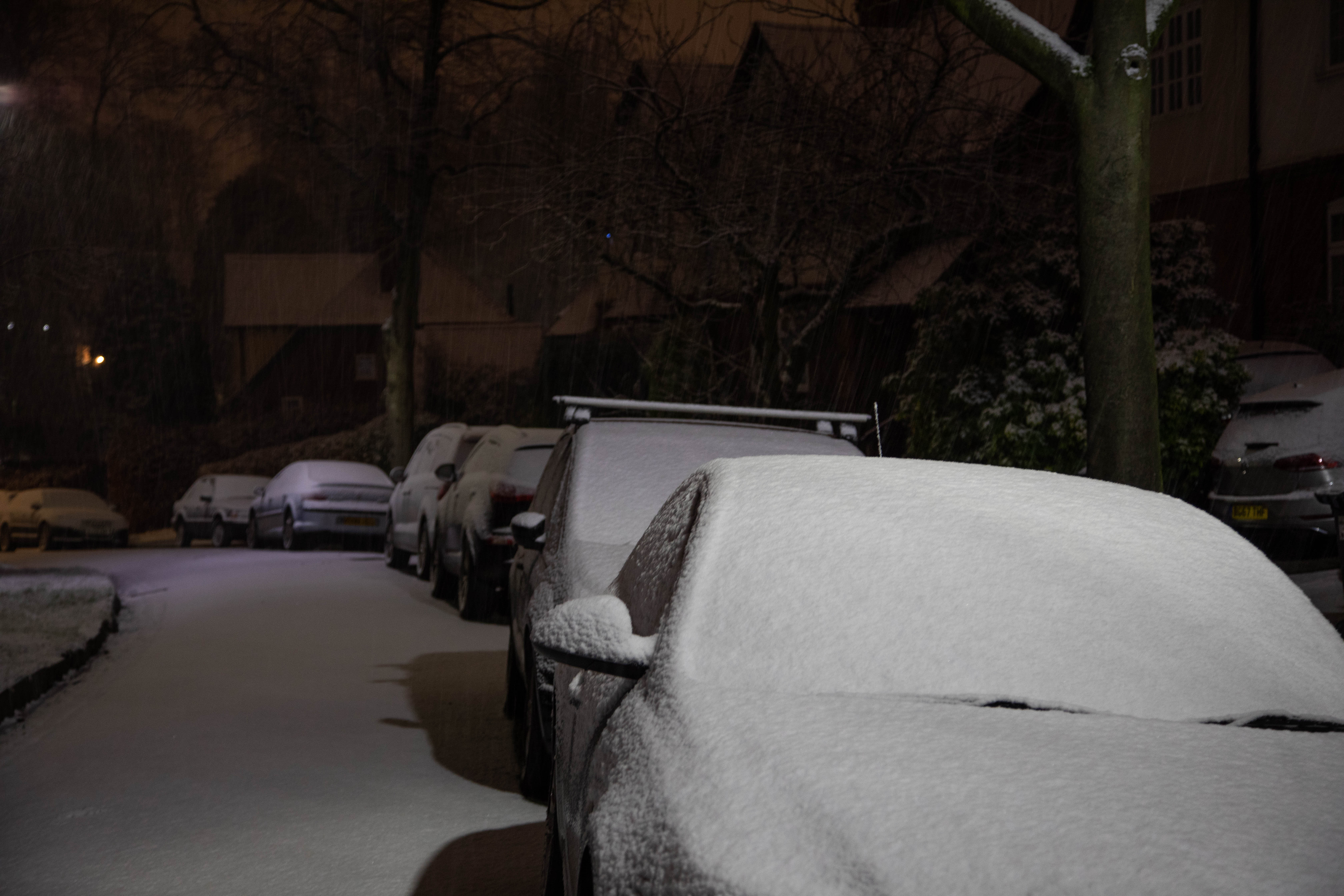 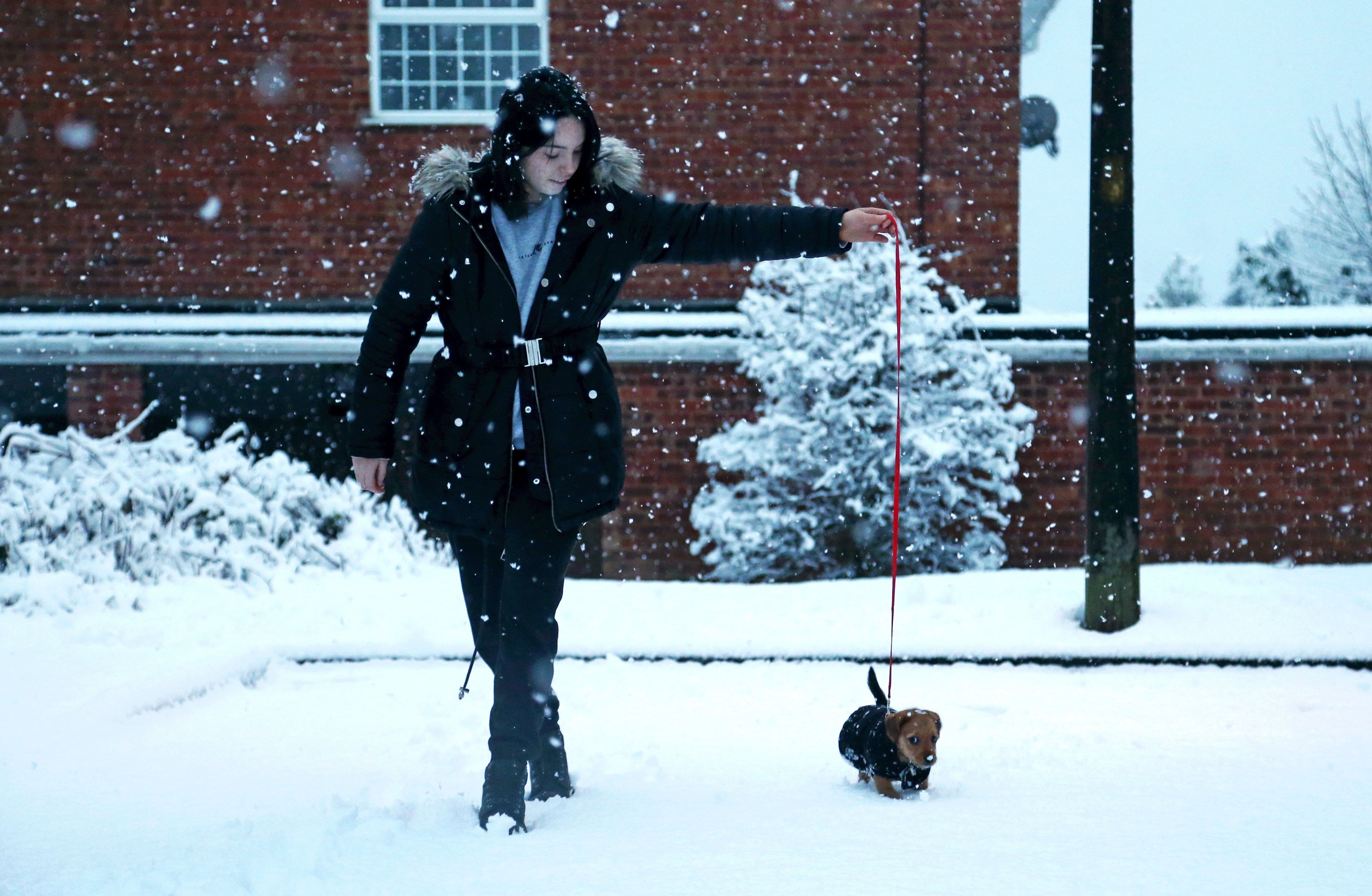 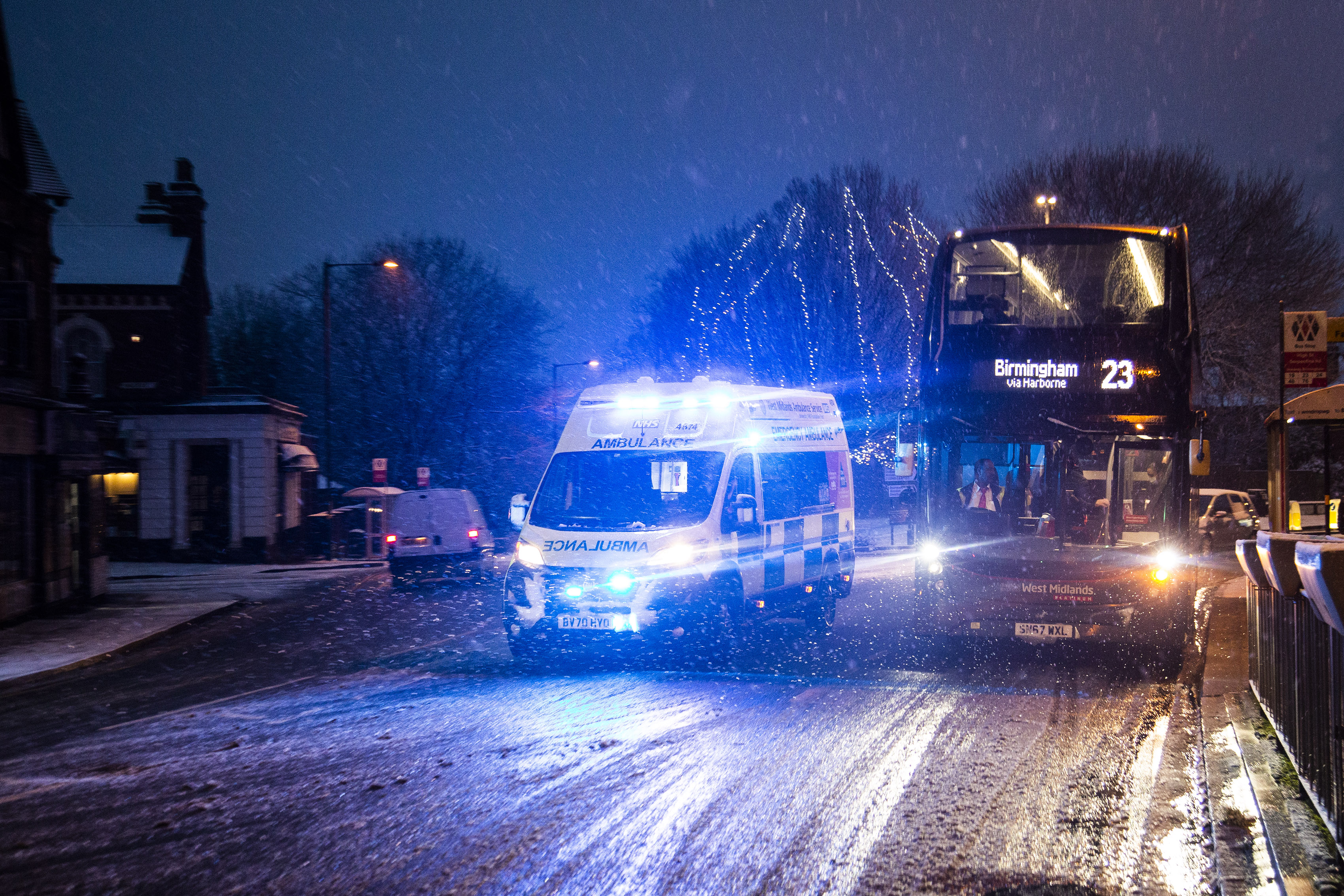