One man died after witnesses reported seeing him struggling in the waves late at night on Brighton Beach. 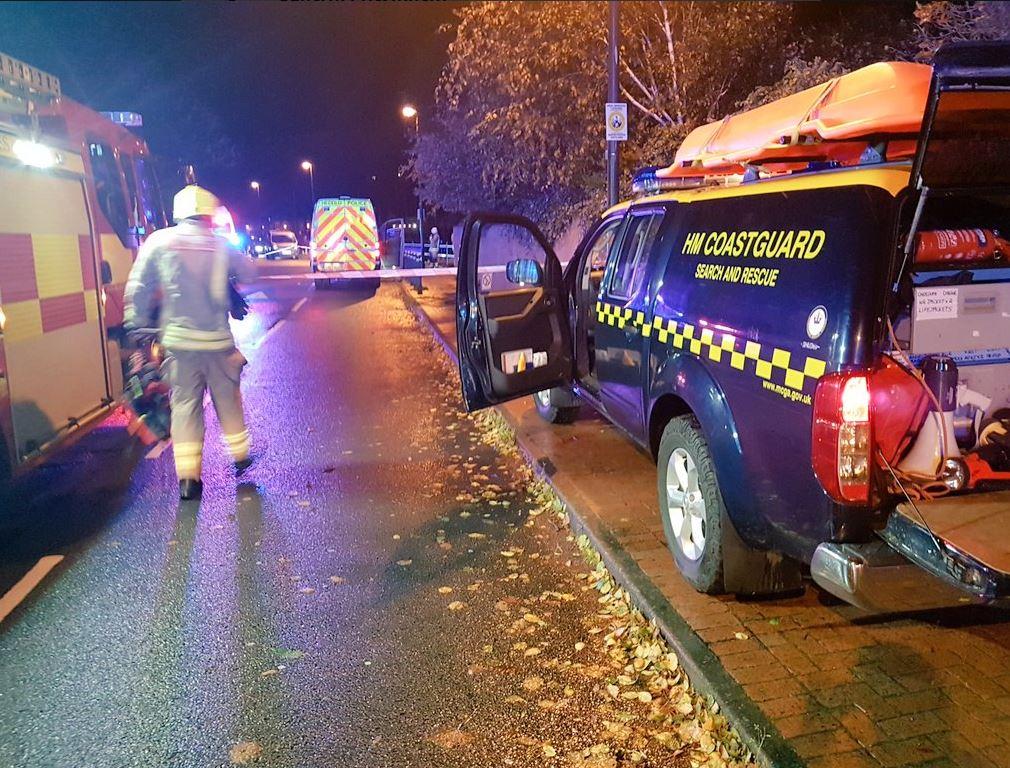 A second man died and a woman was rescued after plunging into the waters of Penarth Marina at Penarth, near Cardiff.

The man, 32, died later at the University Hospital in Wales in Cardiff. The woman, 35, was released after treatment.

The couple, from Penarth, are believed to have walking around the popular marina when they plunged into the stormy waters.

In Brighton a helicopter was deployed, which pulled the man's lifeless body from the water.

It was unable to land on the beach and so he was flown instead to the Brighton Marina but the man was pronounced dead on arrival.

It is believed he had been in the sea for at least 30 minutes before they arrived. 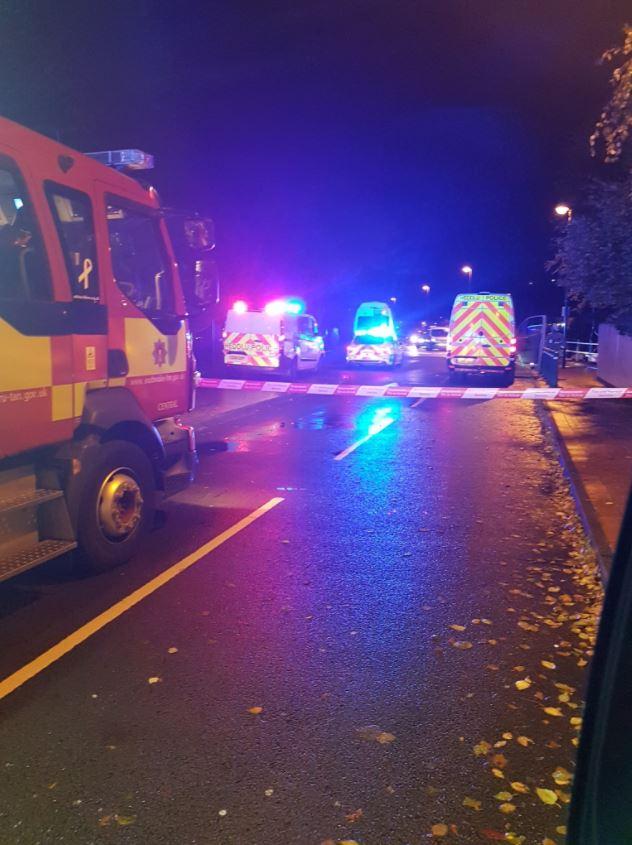 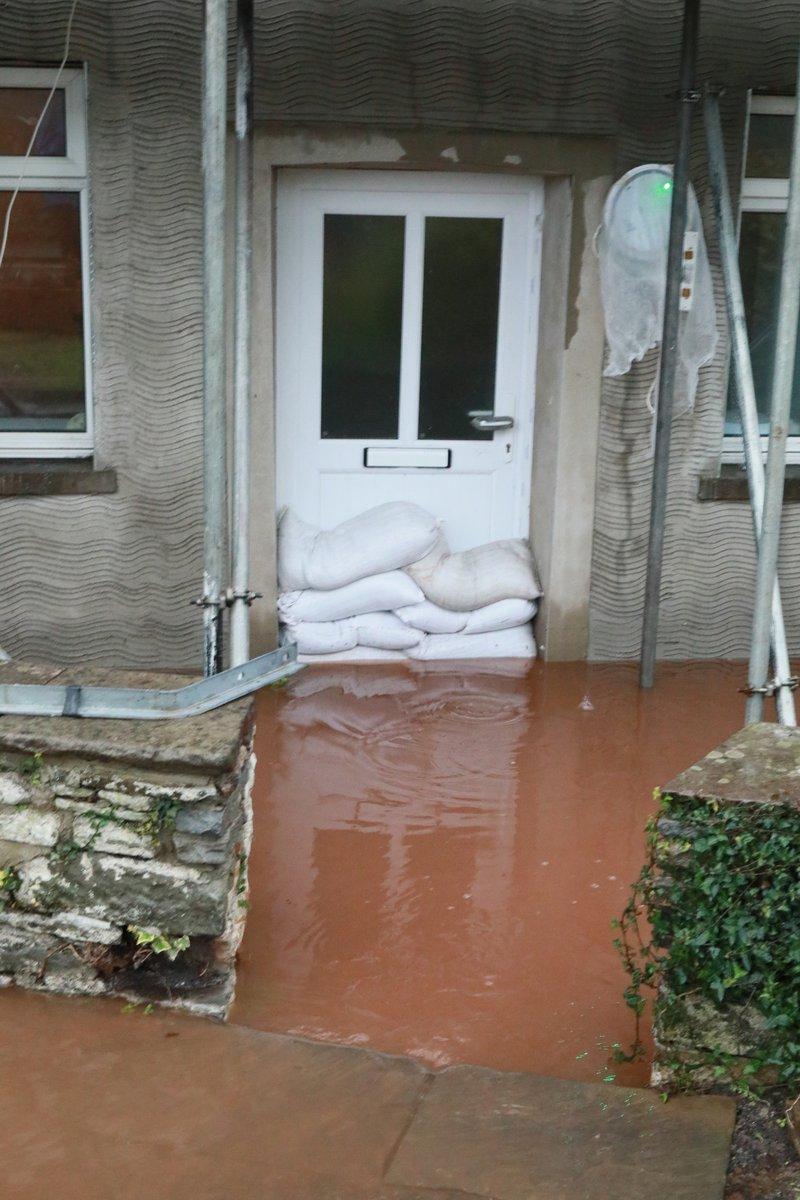 It comes as Storm Callum left a whole town underwater.

Residents of Crickhowell in south Wales have piled sandbags against their front doors as firefighters pump water from the local pub and submerged cars have been left abandoned.

People in the surrounding area were told to evacuate their homes overnight when more than a months worth of rain fell in 48 hours.

Almost six inches fell in a day in some sodden spots – with the wet weather set to continue for most of the country today.

One part of south Wales, the Brecon Beacons village of Libanus, recorded 182mm of rain in just 48 hours – way above the monthly total for the region of 169mm.

Rhondda Cynon Taf in south Wales issued a warning to "only travel if absolutely necessary" due to flooding. 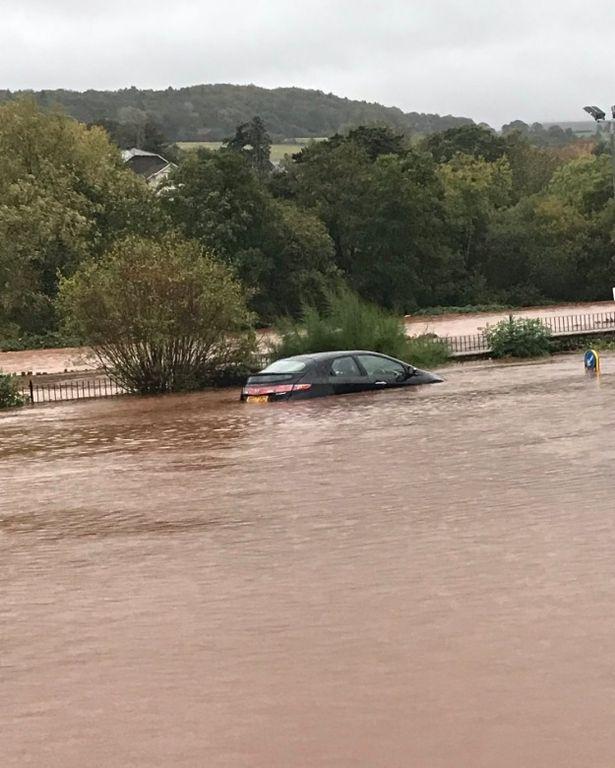 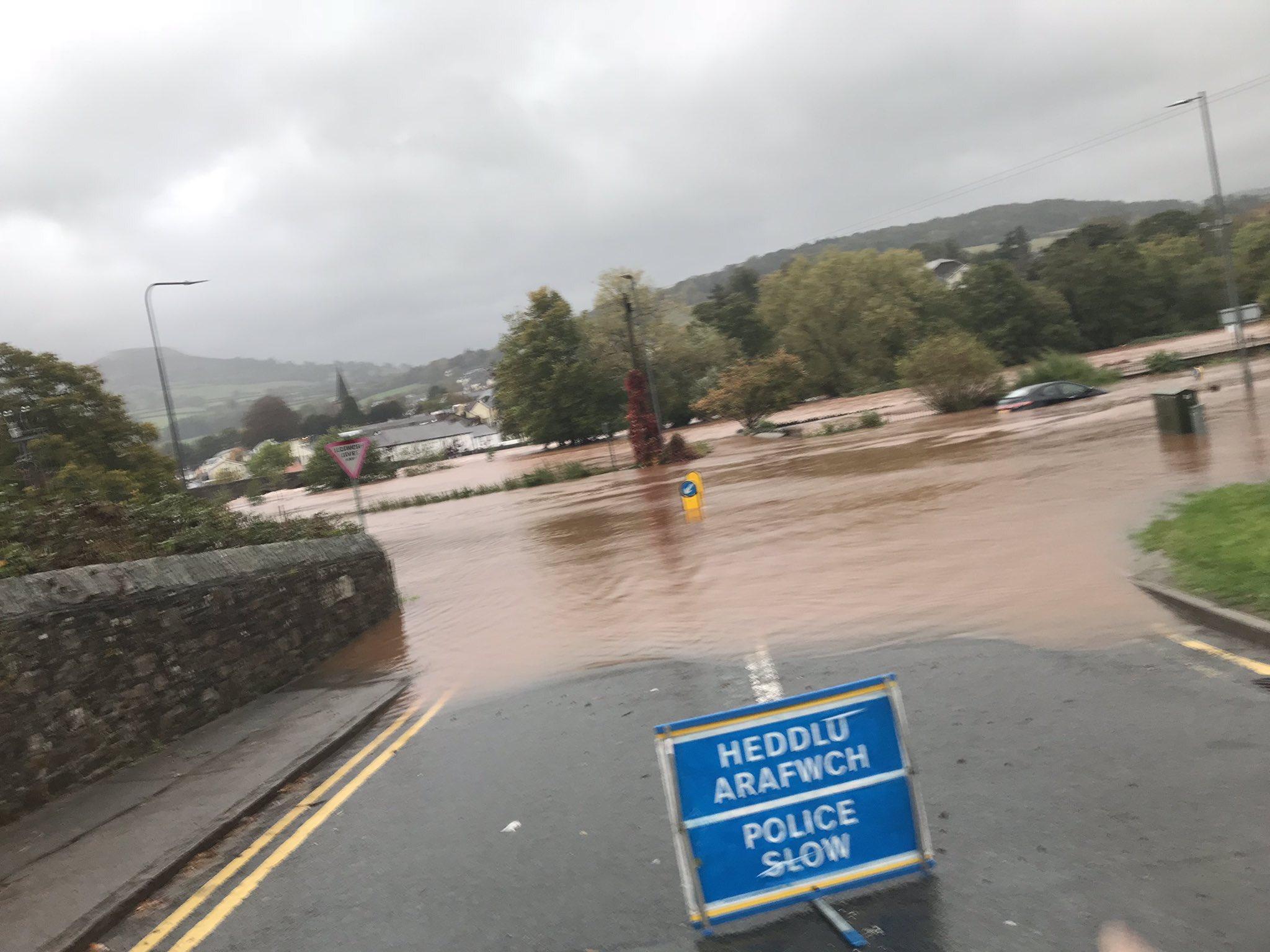 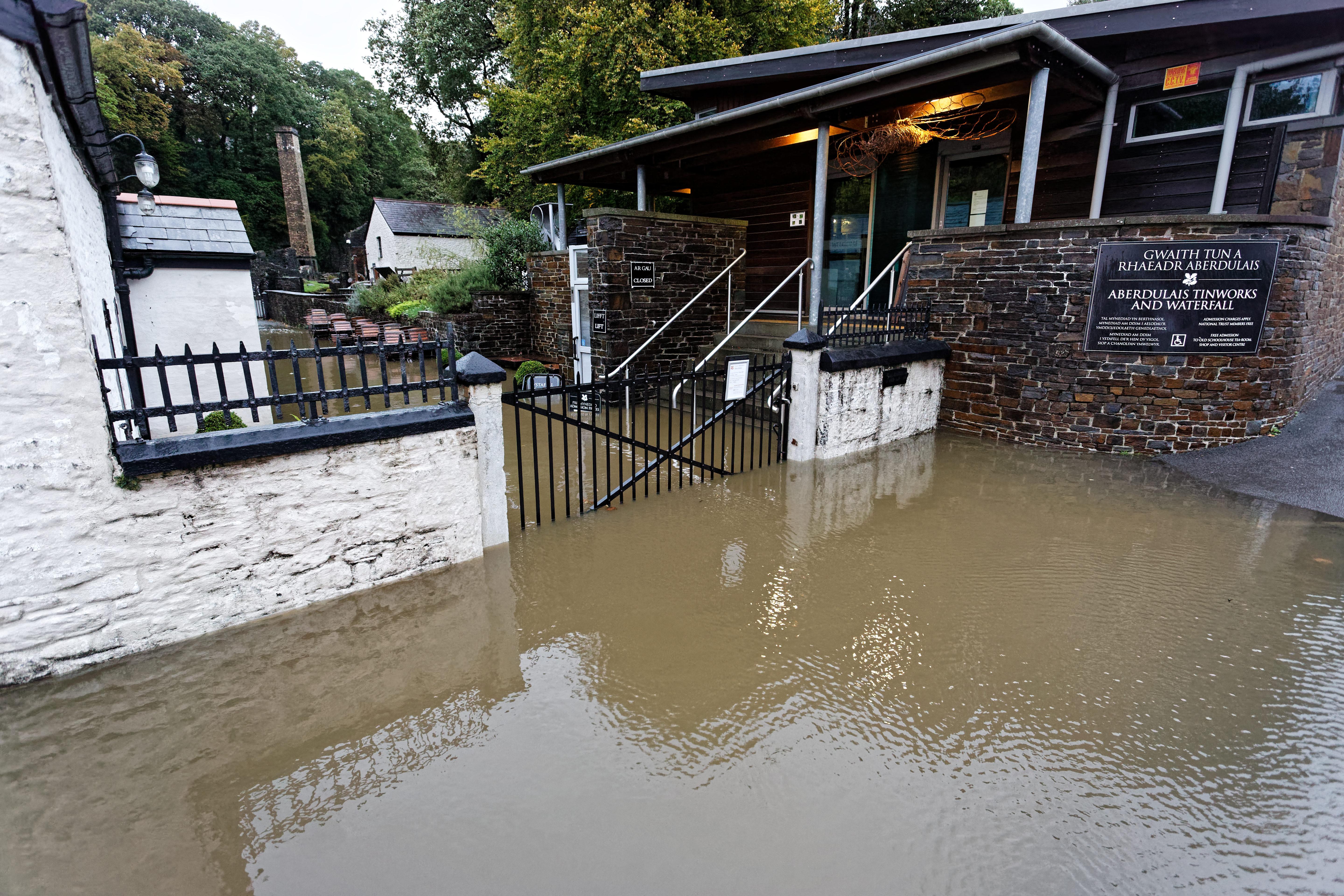 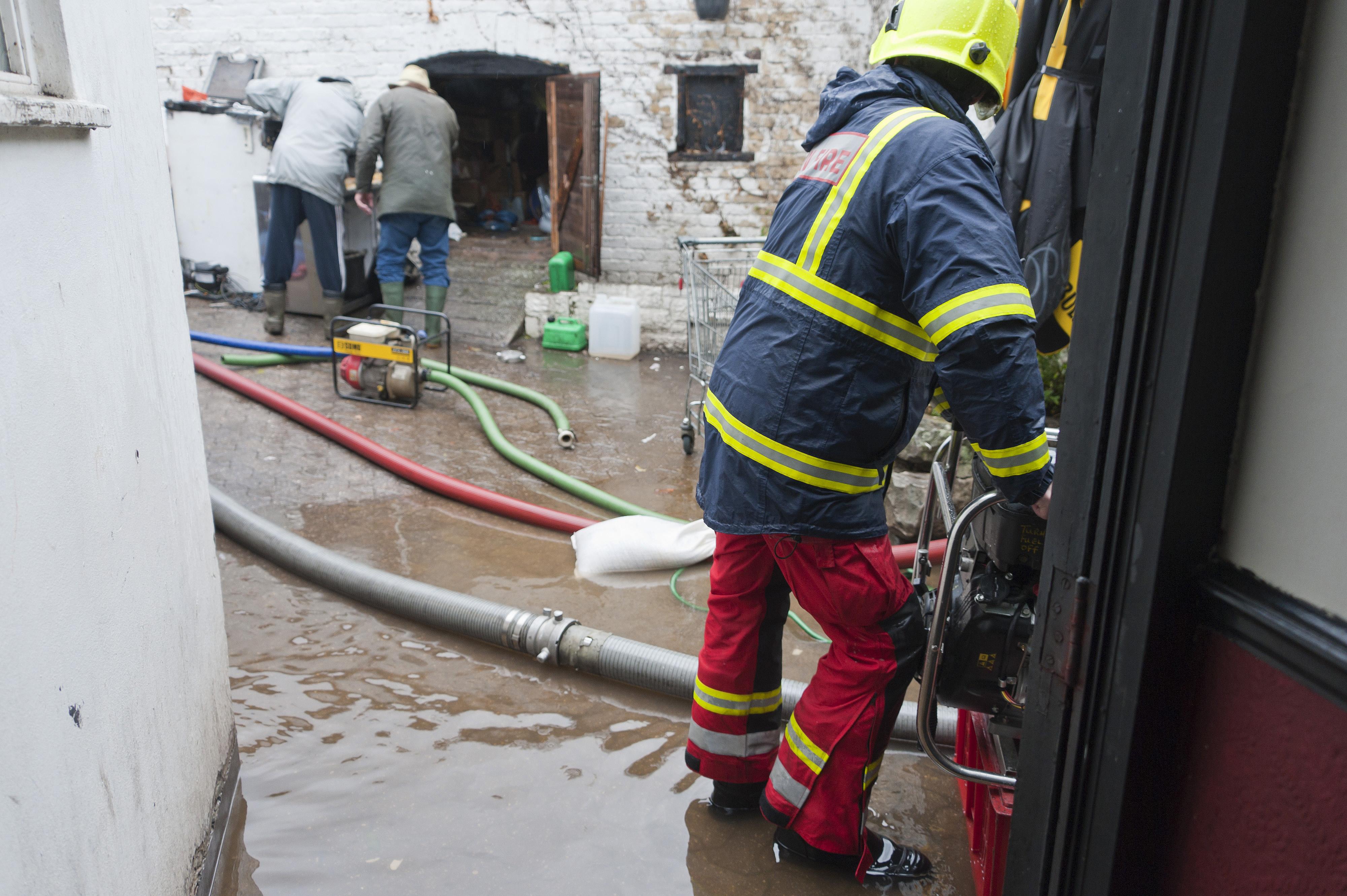 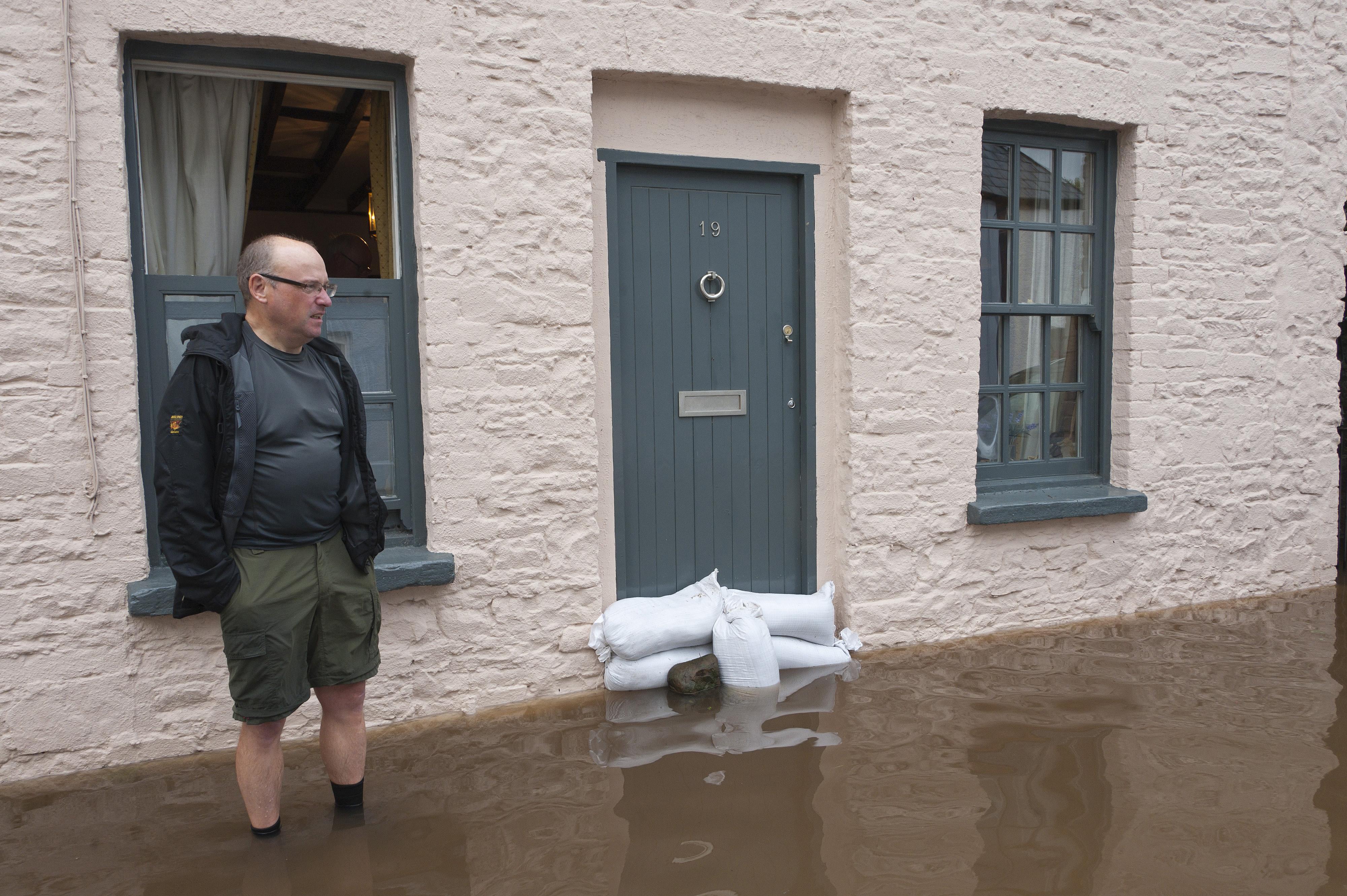 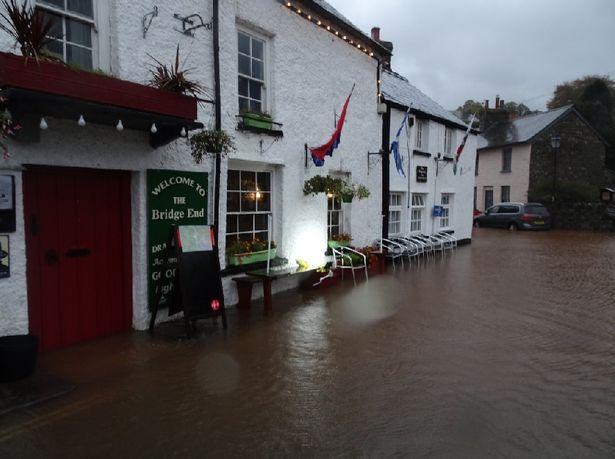 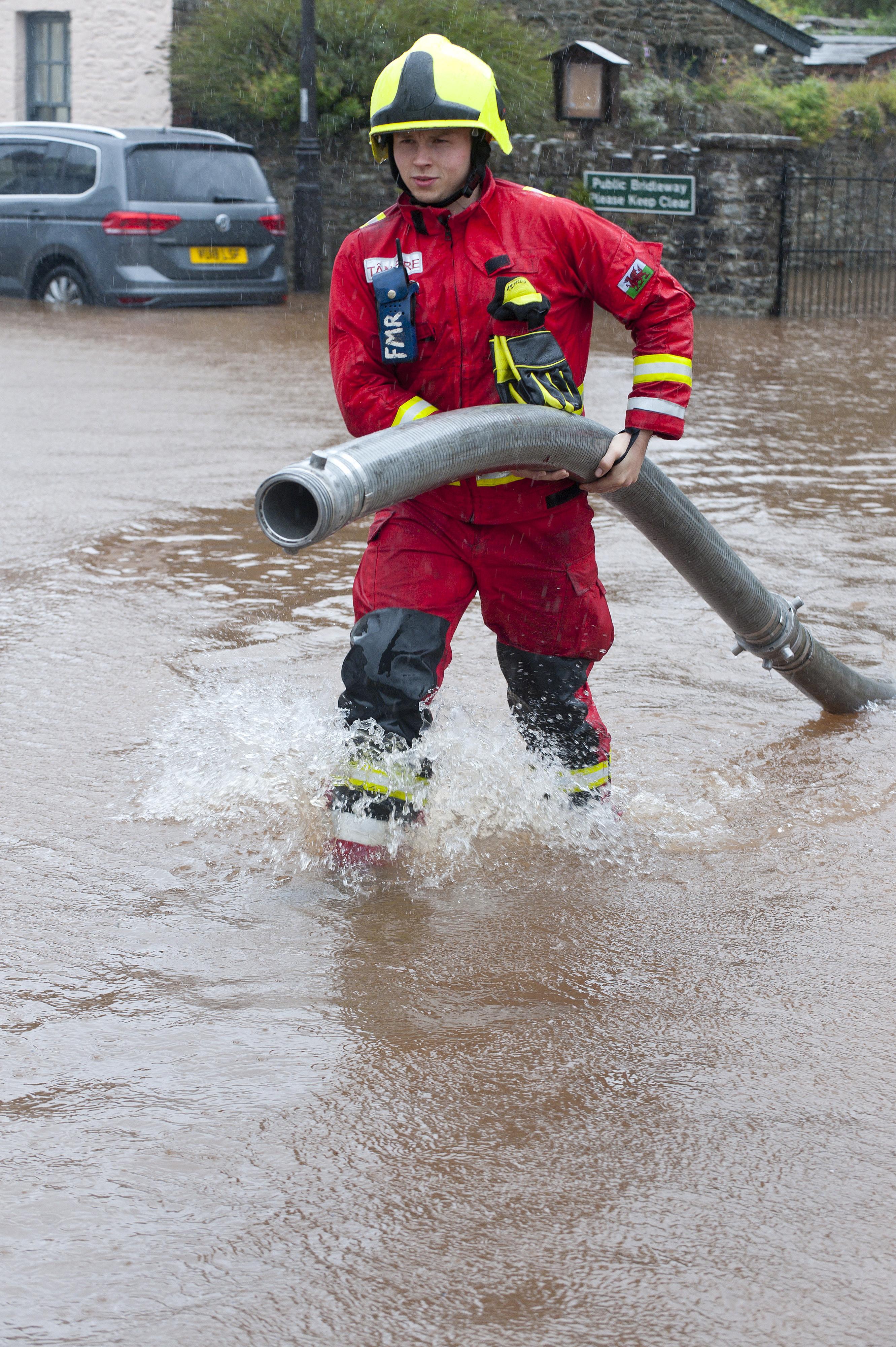 Heavy rain will carry on beating down across Wales, western and northern England, parts of Scotland and Northern Ireland.

A number of weather warnings are in place until late this evening – with an amber warning for rain for south Wales where flooding is likely.

The government issued five flood warnings due to Storm Callum, which swept through the country causing havoc for commuters and those on the west coast yesterday.

The Dorset coast and River Wye from Hay to Hereford is especially at risk from flooding as water levels rise. 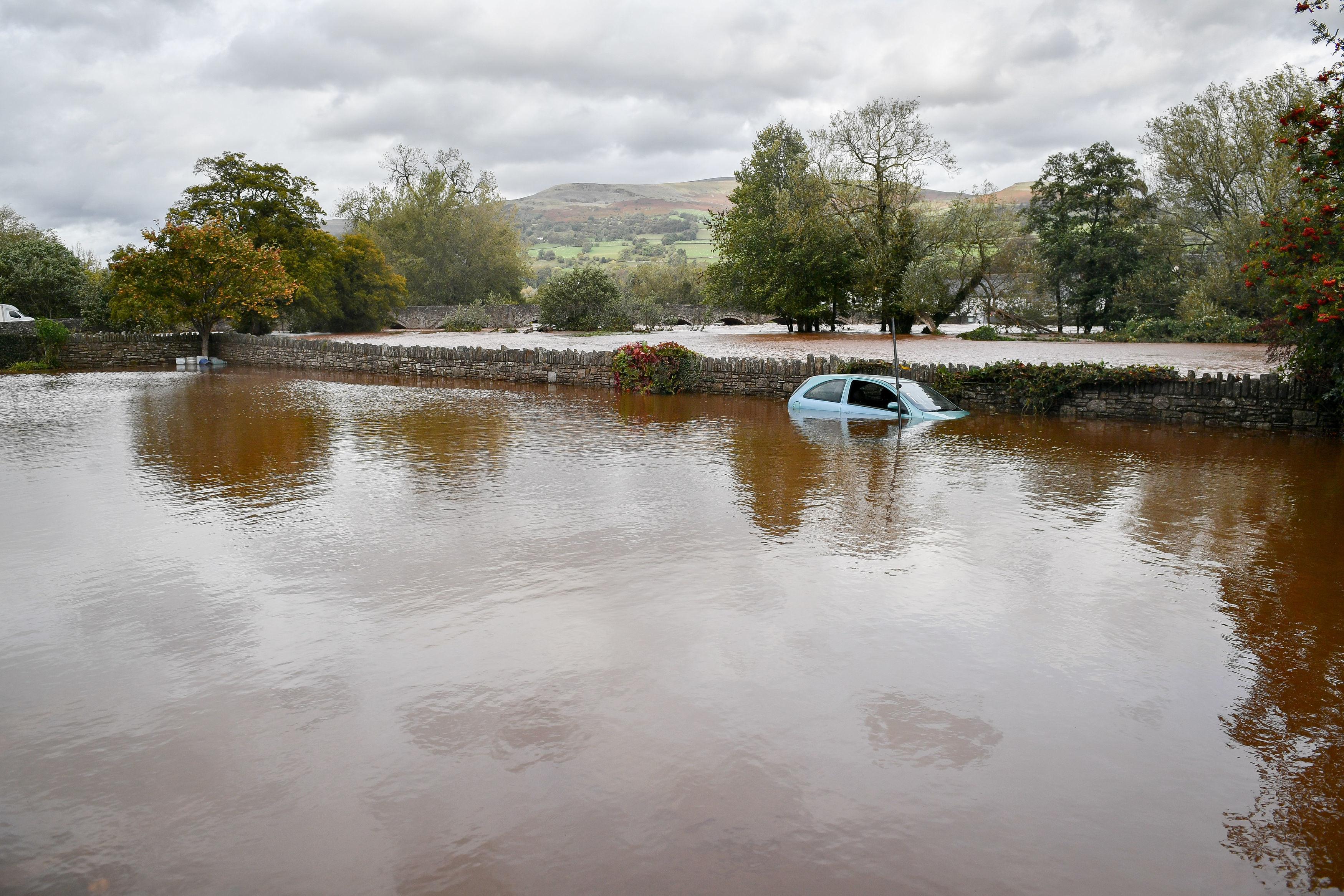 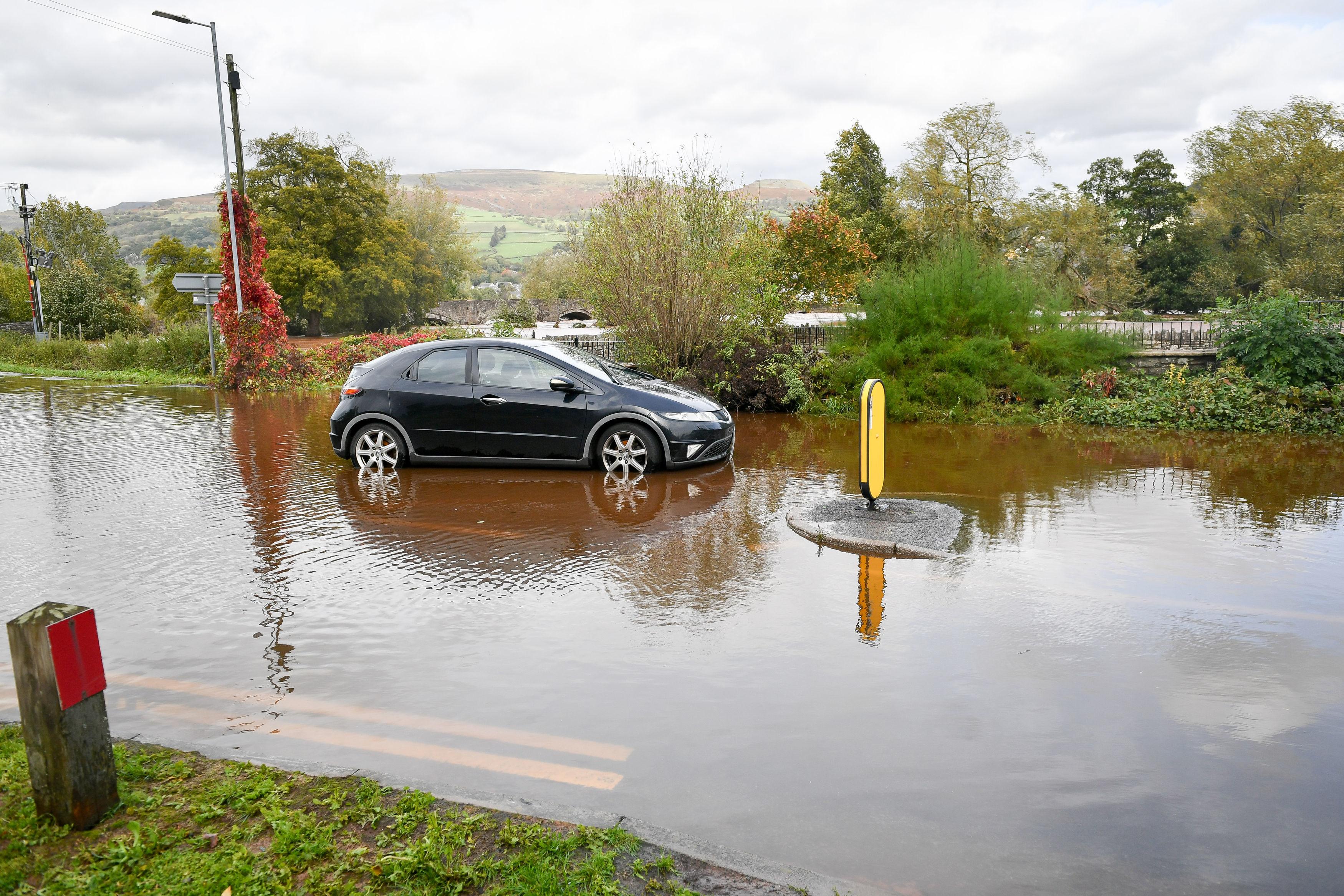 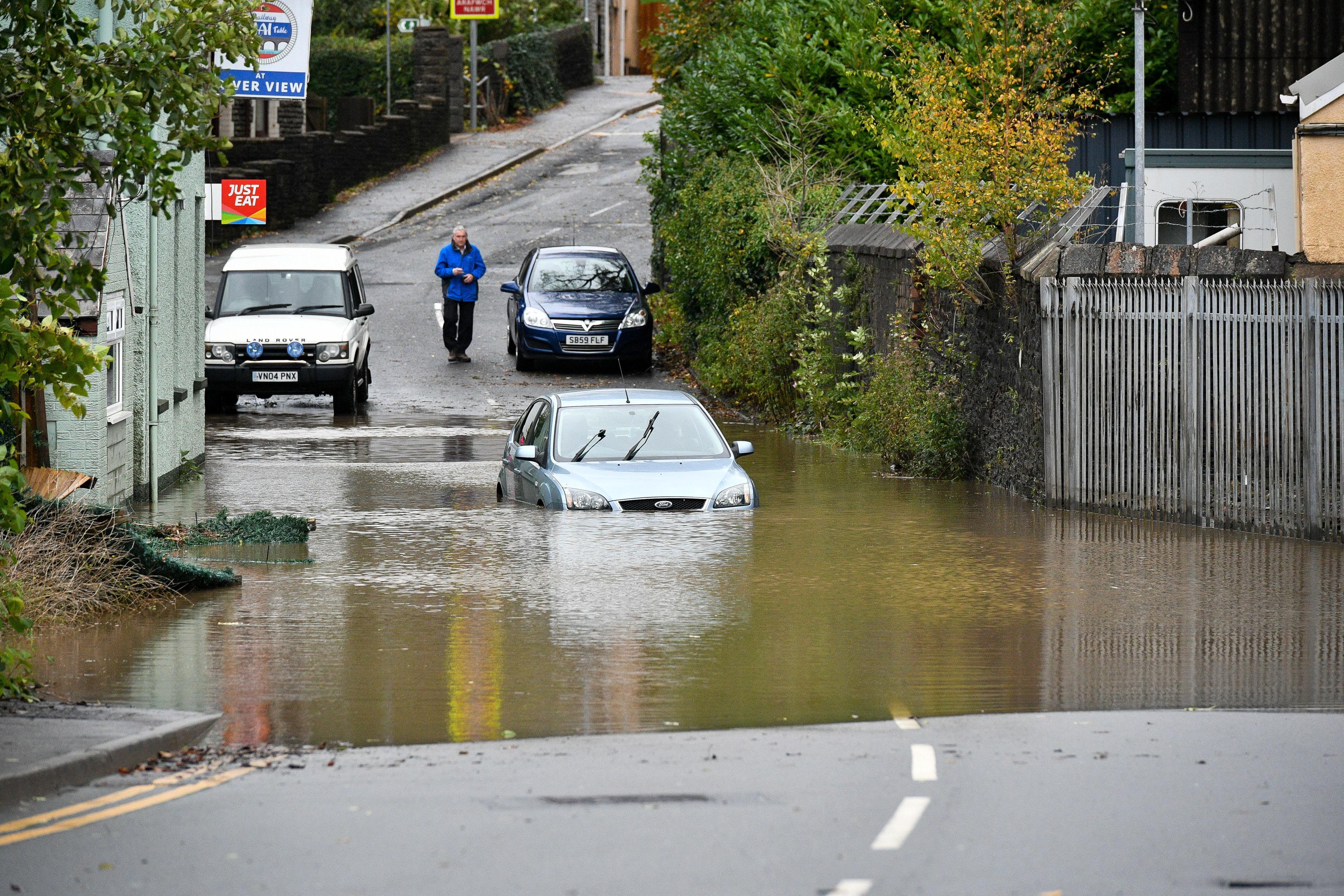 Another 57 spots in England have been issued with flood alerts, warning people in those areas to be prepared for possible flooding after the persistent rainfall over the past day.

And there are currently 28 flood warnings in place across south Wales with a further 39 flood alerts.

Wales usually sees an average rainfall in October of 169.6mm and a monthly average of 121.7mm.

The strong winds caused a mum and baby to have a "miracle" escape after a huge tree branch crashed onto their car.

Ellie Jaeger-Fozard, 26, of Newsome, said her heart was in her mouth as the branch fell across the road with a sickening thud onto the car bonnet and windscreen.

She said: "I couldn't believe it. If I had parked just a few inches further up the road it could have been very different." 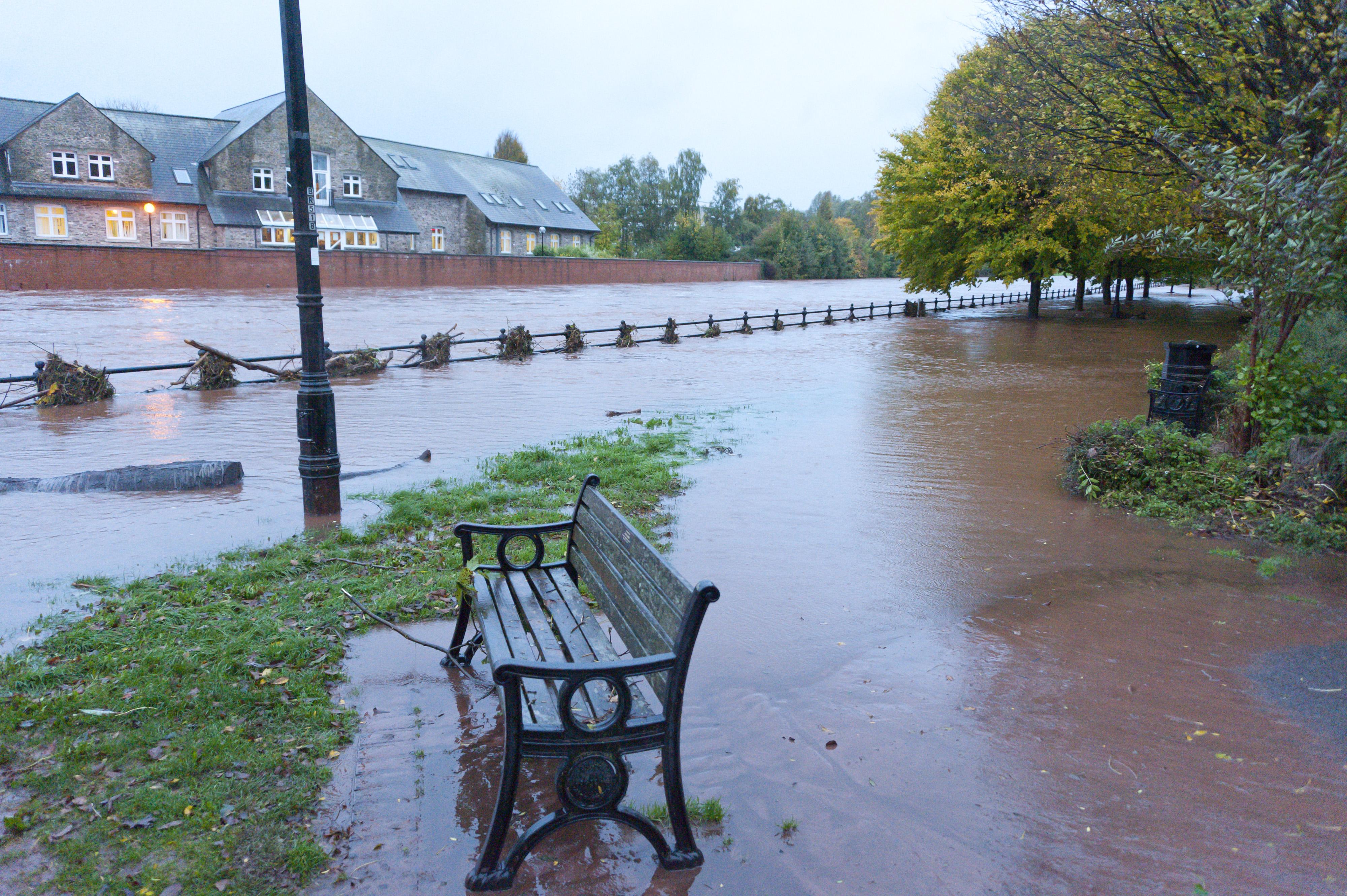 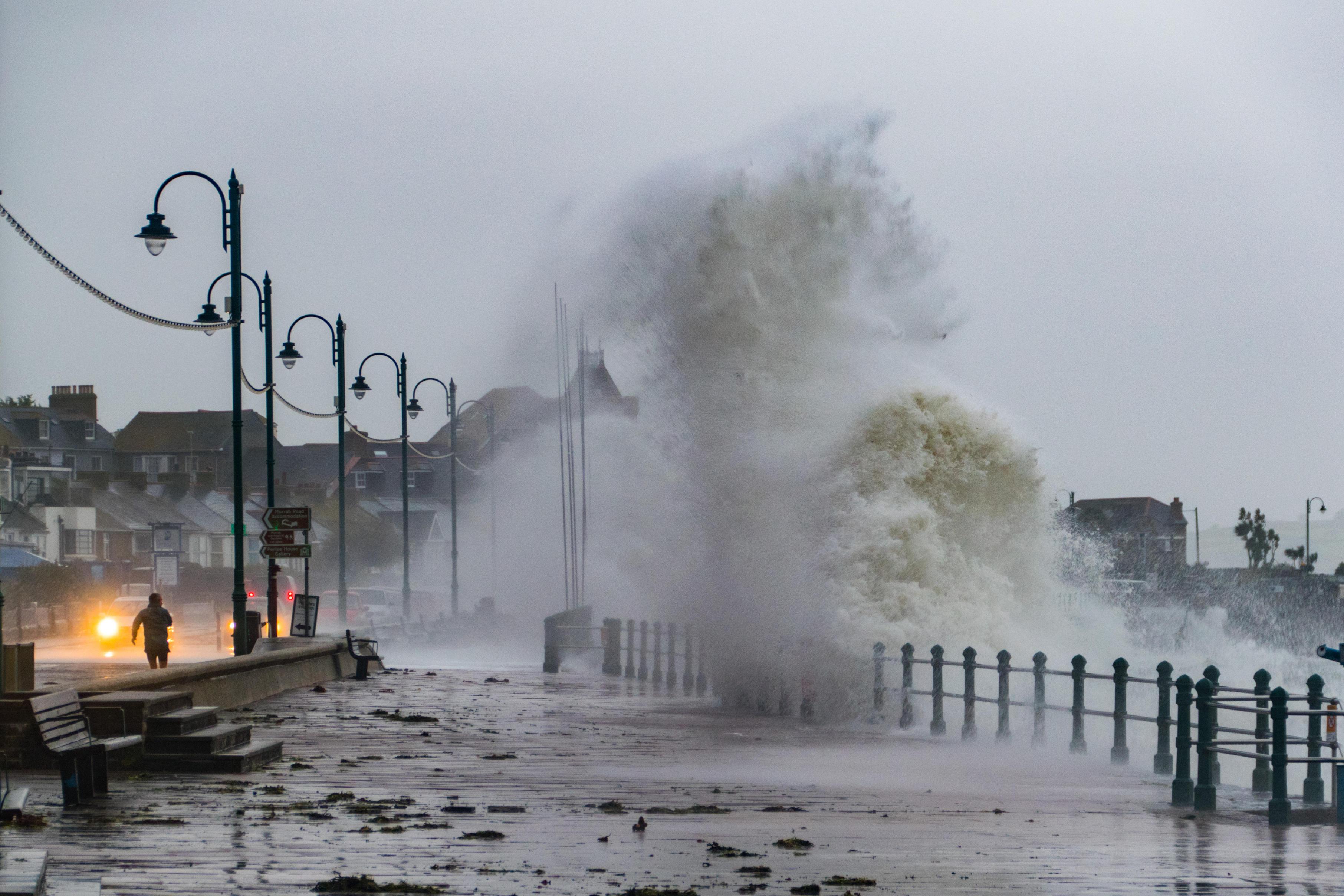 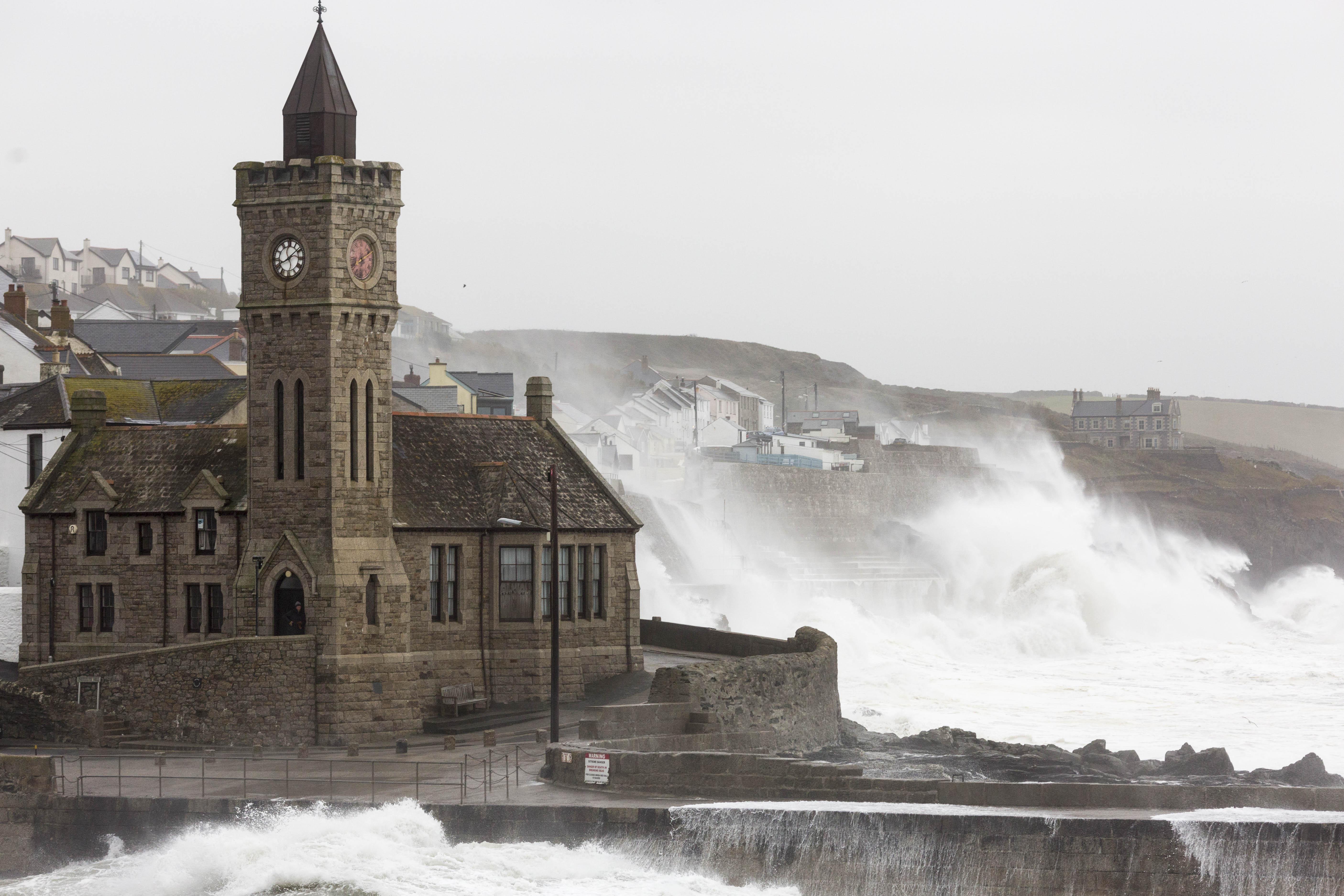 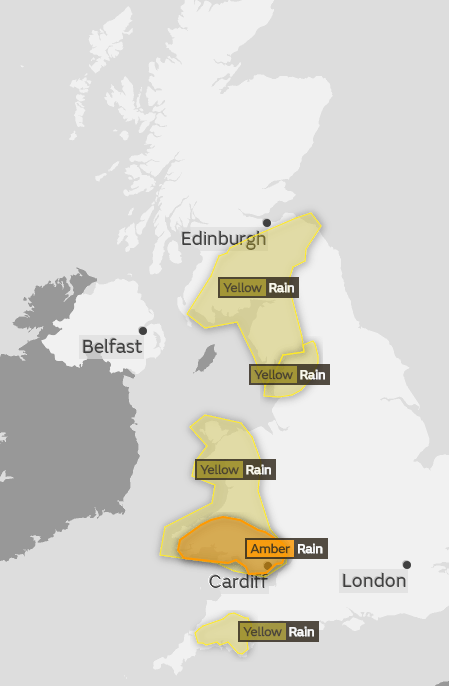 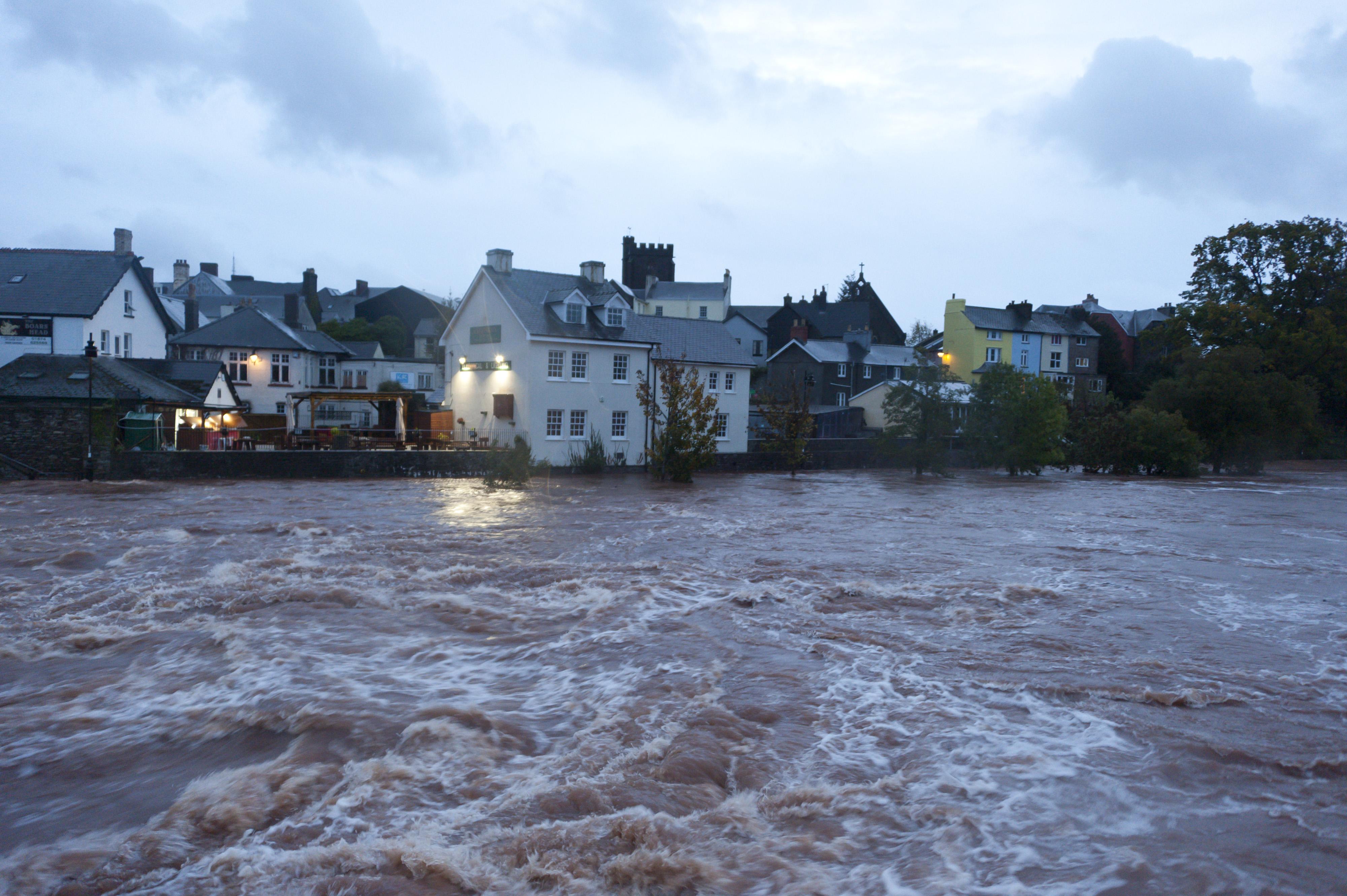 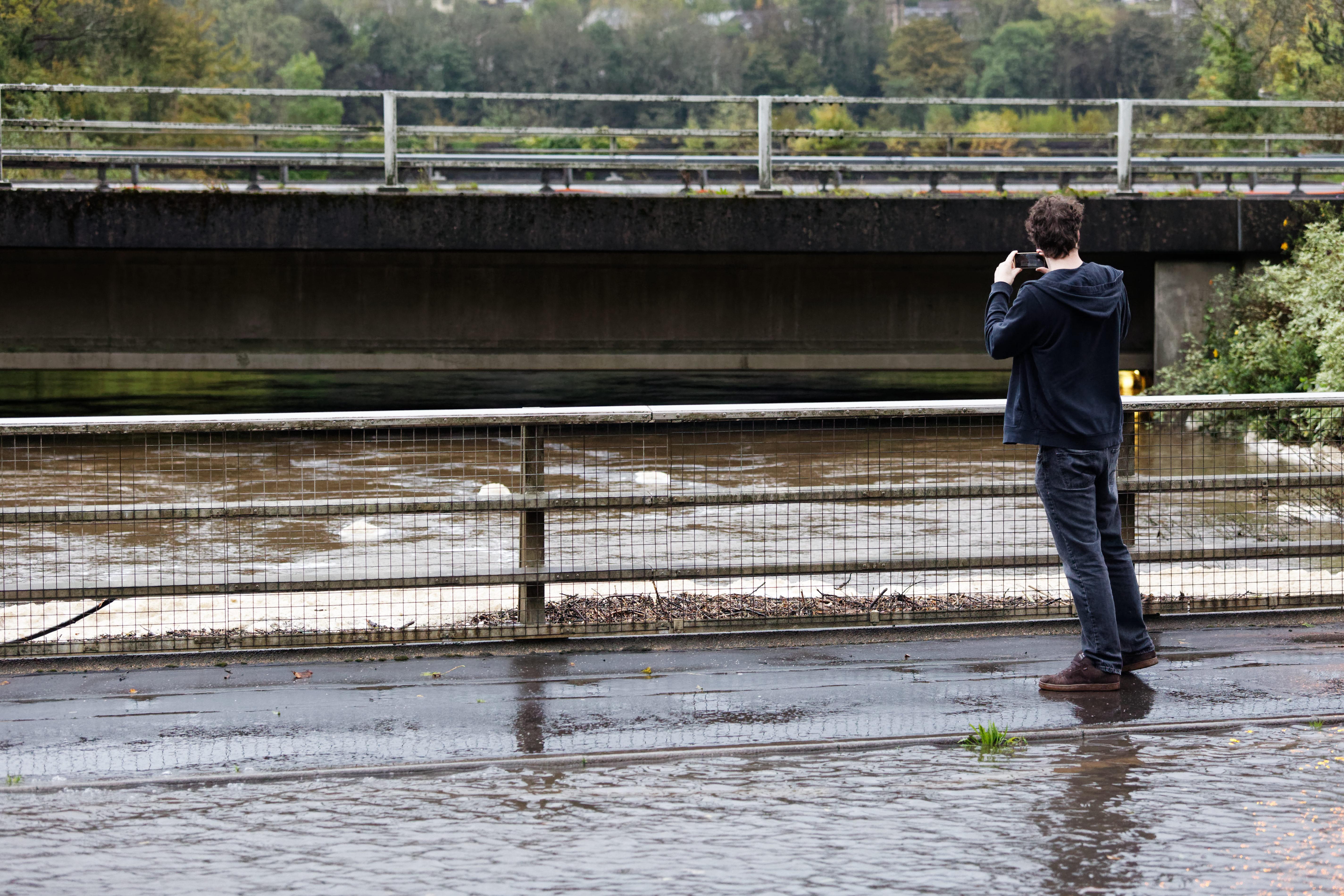 Met Office meteorologist Helen Roberts said: "There will be more wet and windy weather for similar parts of the country – predominantly western areas – which could cause more flooding.

"The east and south east of England will see the best of the drier and brighter weather, where it will be even warmer than yesterday and could reach 25C – way above average for the time of the year."

Northern parts of Wales have a yellow weather warning in place until just before midnight tonight, with part of northern England also seeing the same alert.

The severe weather has affected services between Preston and Scotland, across Wales, and in South West England.

Flooding and falling trees are plaguing most rail services in Wales, while trains in Devon and Cornwall are also likely to be delayed. 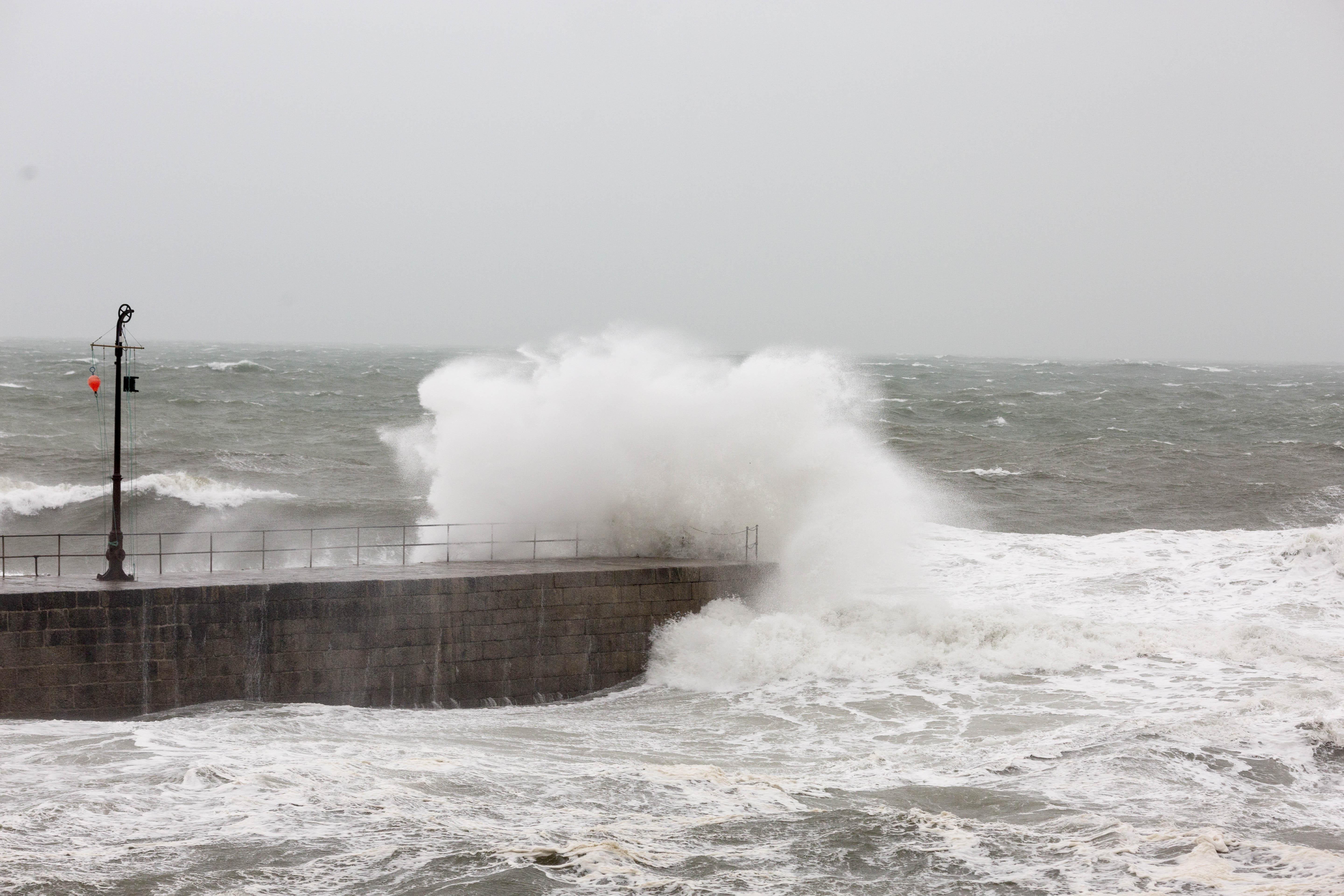 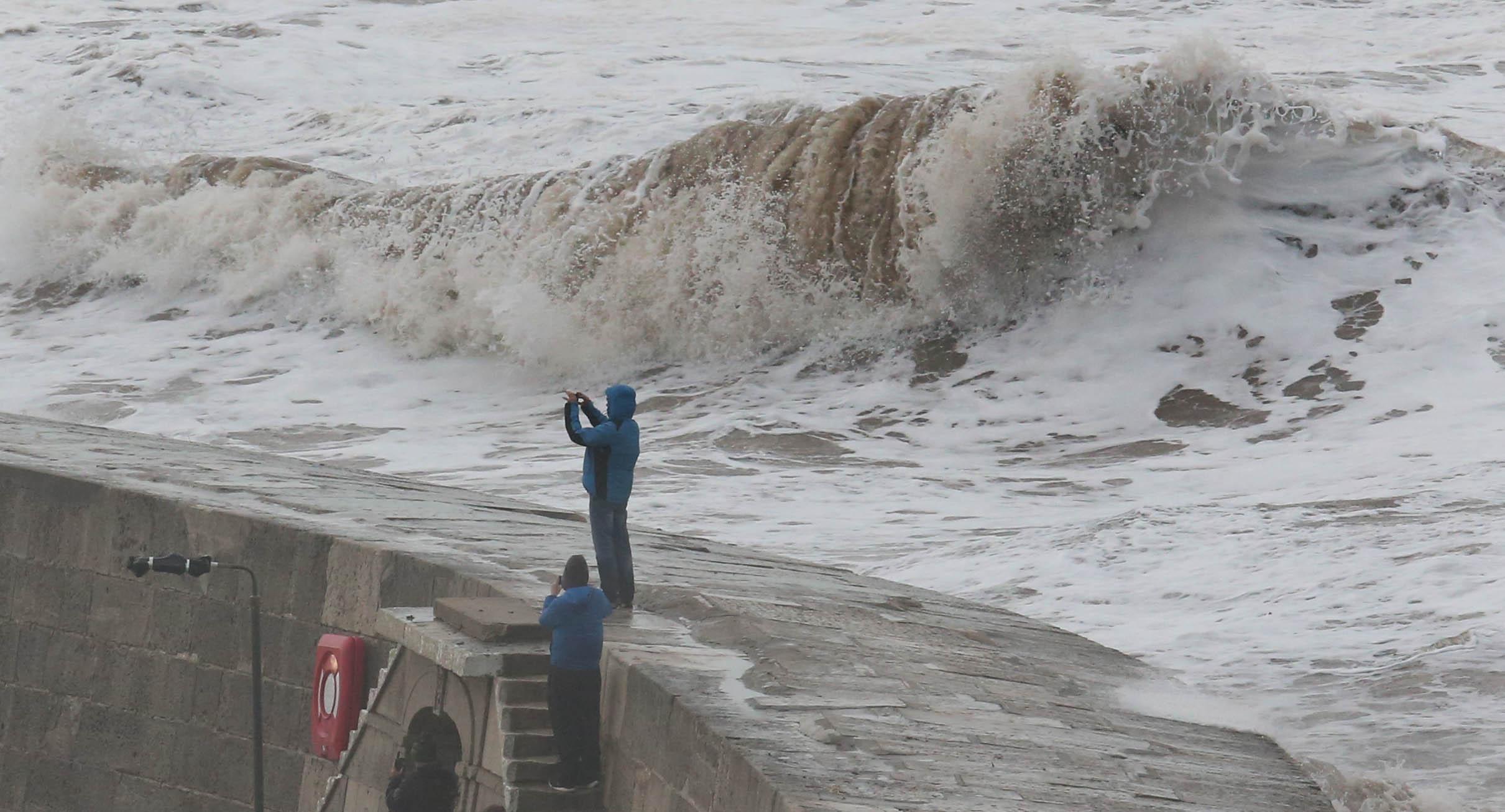 Although it will be drier in the south, and locally very warm in the southeast, it is still expected to be breezy with the odd isolated shower possible.

Temperatures are up for this time of year, with highs of 25C possible in the south east today.

Tomorrow it is expected to fall back to closer to average, with temperatures of around 15-17C predicted.

The rain is set to continue through central and southern parts of the country this evening, before it starts to clear tomorrow.

The Met Office predicts the band will move towards the west and north as the tail end of Storm Callum's effects blow through the country.

Monday should see a fine day for much of the country before some rain follows behind in the south east into Wednesday. 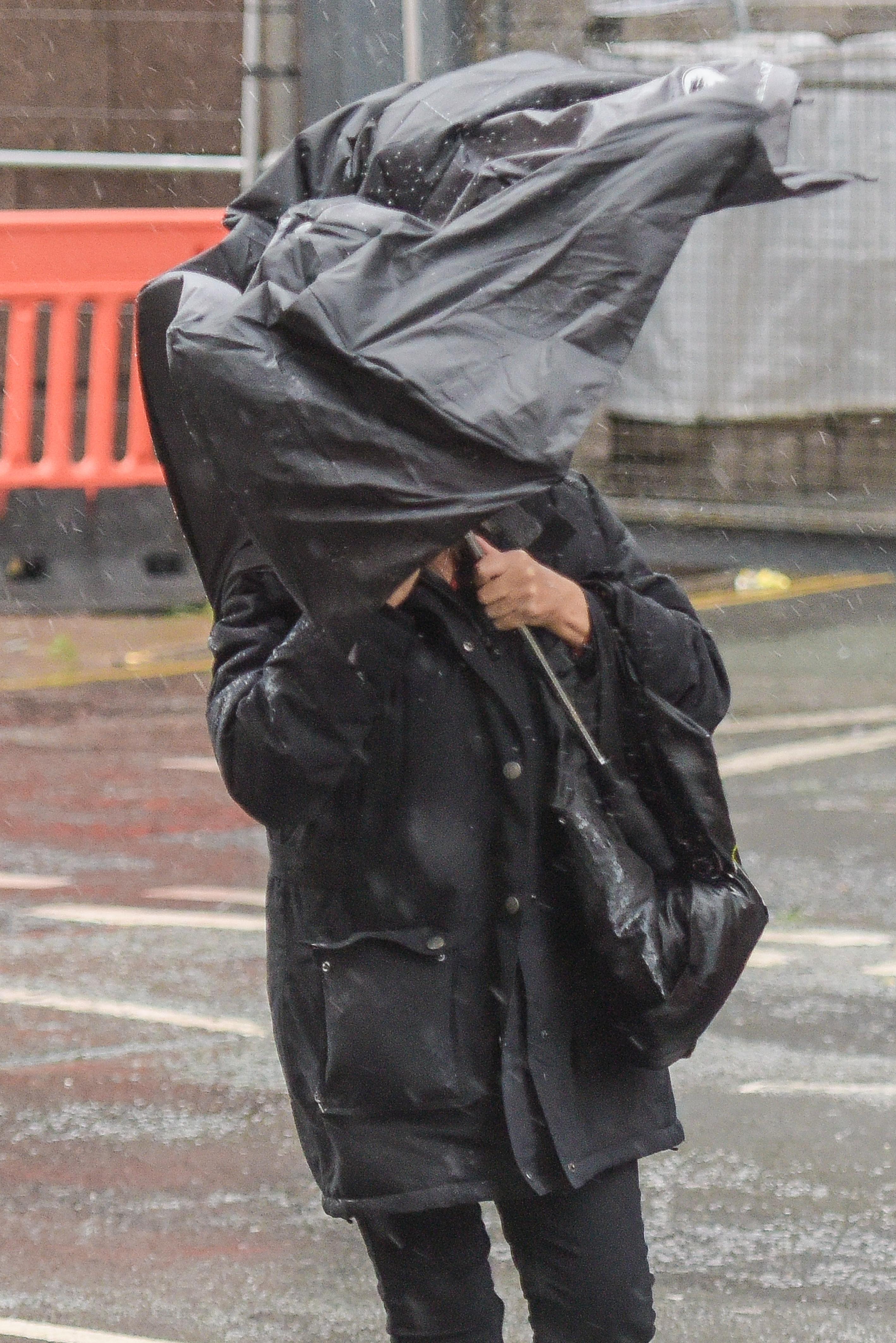 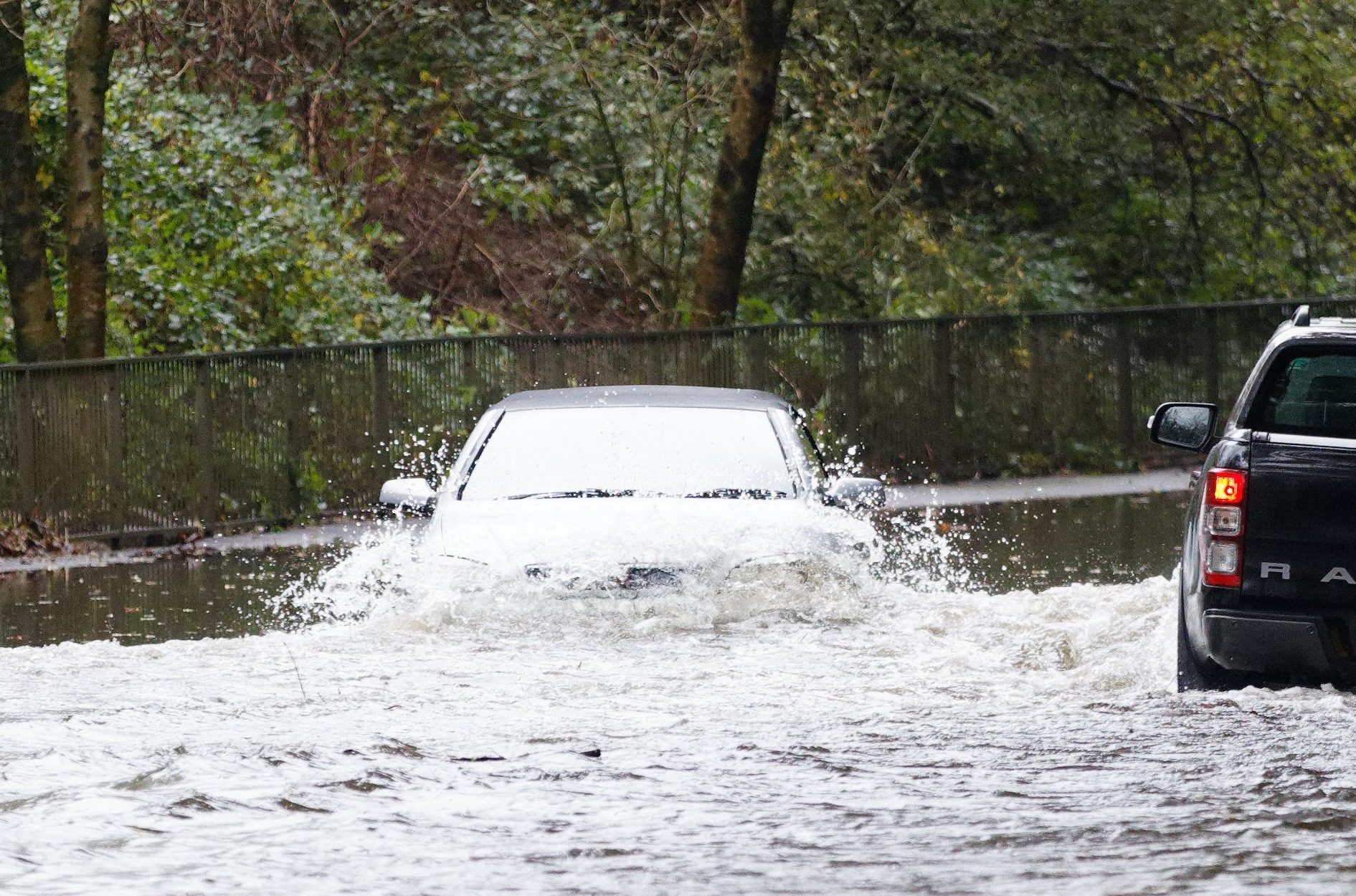 Dozens of flights were cancelled and a number of schools closed as Callum – the third named storm of the season –  hit the UK coast.

Dozens of passengers were trapped on train after it ran into deep flood water in the South Wales Valleys yesterday.

One passenger on the train said: “We have been stuck here for over an hour after the train hit flood water.

“We can’t move forwards of backwards – we don’t know how long we are going to be here for.”

Flybe was forced cancelled 25 flights in and out of Belfast City Airport due to weather conditions on Friday and all passengers were advised to check before travelling.

They include planes setting off from London, Exeter, Manchester, Birmingham, Newcastle, Southampton, Leeds, Cardiff and Edinburgh.

Some rural communities could even become cut off as the floods block smaller B-roads.

Met Office chief meteorologist Frank Saunders, said: “Strong winds at this time of year can increase the rate of leaf fall which can potentially block drains or culverts and, with the heavy rainfall expected over Friday and Saturday, could well heighten the potential for flooding.

"There is also a risk that the high winds associated with Storm Callum, combined with high tides, may lead to some coastal impacts due to large waves.”