UK&apos;s coastal destinations with the most hours of SUNSHINE - WSBuzz.com
Skip to content

Home » Science » UK's coastal destinations with the most hours of SUNSHINE

Planning a UK staycation? Study reveals the coastal destinations with the most SUNSHINE – with Thanet topping the list with an average of 724 hours annually

While international travel restrictions are slowly lifting for the UK, many Brits are still opting to vacation in the UK this year.

If you’re planning a staycation, a new study may help you to narrow down your search.

Using data from the Met Office, experts have revealed the coastal destinations with the most hours of sunshine.

Their analysis reveals that Thanet in Kent is the UK’s sunshine capital, with a whopping 724.09 hours on average each year.

In contrast, if you’re looking for summer sun, the analysis indicates that you may want to avoid the Highlands, which receive just 381.55 hours of summer sunshine each year.

Using data from the Met Office, experts have revealed the coastal destinations with the most hours of sunshine

In the study, researchers from ShowersToYou.co.uk used Met Gov data to assess the number of sunshine hours across 109 of the UK’s top coastal destinations.

Northern Ireland was excluded from the study due to data not being available from the Ordinance Survey.

The team explained: ’10 years of historical sunshine data was extracted from the Met Office for each of the 109 locations.

‘Specifically, individual year averages of hourly sunshine with a weighted-mean and total averages across the years 2009-2019 were calculated for each location.’ 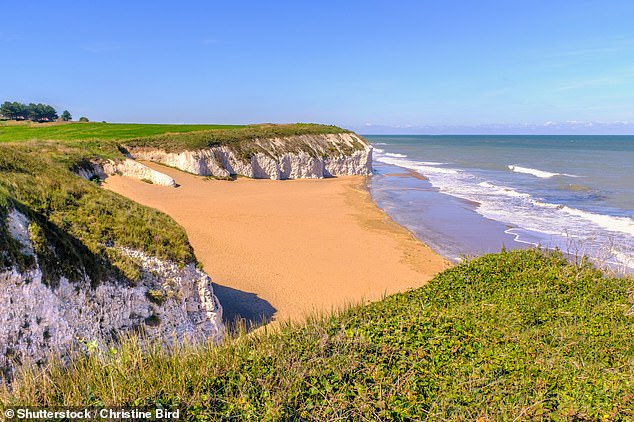 Their analysis reveals that Thanet in Kent is the UK’s sunshine capital, with a whopping 724.09 hours on average each year

Unsurprisingly, most of the top destinations for UK sunshine were found to be in the south of England.

Destinations with the most sun

Destinations with the least sun

In contrast, Scotland’s coastal destinations were found to receive the least sunshine in the UK.

Unfortunately, there doesn’t seem to be much sunshine anywhere in the UK this week. 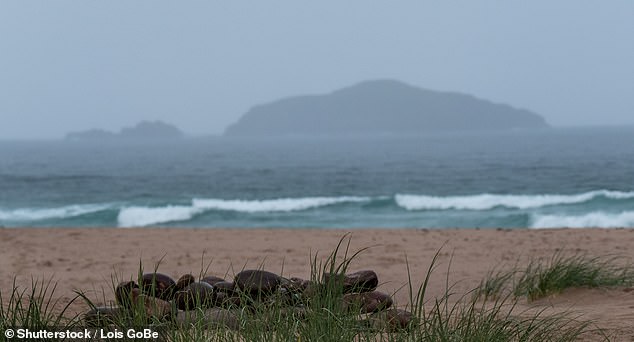 The Highlands were bottom of the list with 381.55 hours of sunshine each year (pictured in Sandwood Bay in the Highlands of Scotland)

Several Amber and Yellow National Severe Weather Warnings have been issued for thunderstorms and rain over the next few days.

This means that it is likely to become less warm and windy and wet in many areas later in the week.

Met Office Chief Meteorologist, Steve Willington, said; ‘Yellow warnings are in place across much of the UK, away from the south, for thunderstorms and heavy rain over the coming days.

‘Scotland, however, is expected to see some the heaviest rain and Amber warnings for thunderstorms and also rain have been issued here.

‘Not everywhere within the warning areas will see heavy rain, rainfall amounts will vary from place to place.

‘The rainfall could lead to some surface water flooding and disruption before it eases and moves south through Thursday.’

WHAT ARE THE BEST WAYS TO KEEP COOL DURING A HEATWAVE?

The NHS has a number of tips for keeping cool during bouts of unusually hot weather.

– Open windows or other vents around the home

– Turn off lights and electrical equipment that isn’t in use

– Take a break if your home gets too hot: Head to a nearby air-conditioned building like a library or supermarket