We’ve been told Britain’s scorching summer could give way to an autumn of ‘above-average’ temperatures.

But there is likely to be a pause on the potentialy Indian summer later this week as a low pressure system sweeps in from the East of England, bringing 30mph wind gusts and heavy rain to many areas on Friday and Saturday.

And conditions could be even worse in a fortnight’s time if Britain is affected by the remnants of Tropical Storm Florence, which is now barrelling across the Atlantic Ocean towards the US East Coast at 70mph. 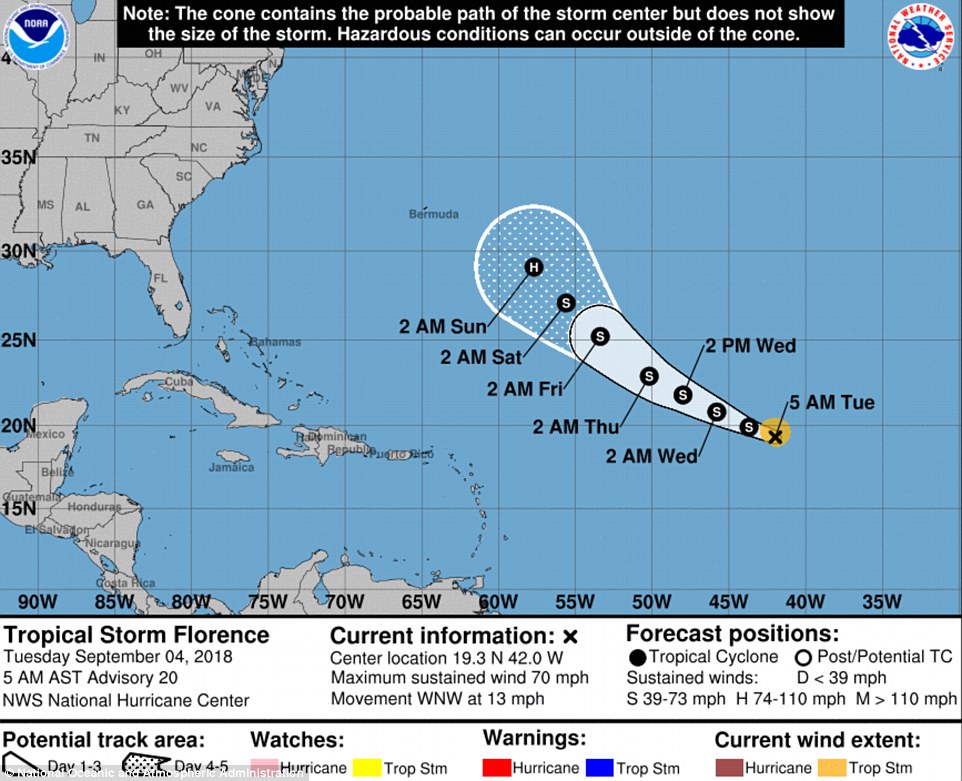 This cone shows the possible track of Tropical Storm Florence, which could hit the US East Coast as a hurricane this weekend 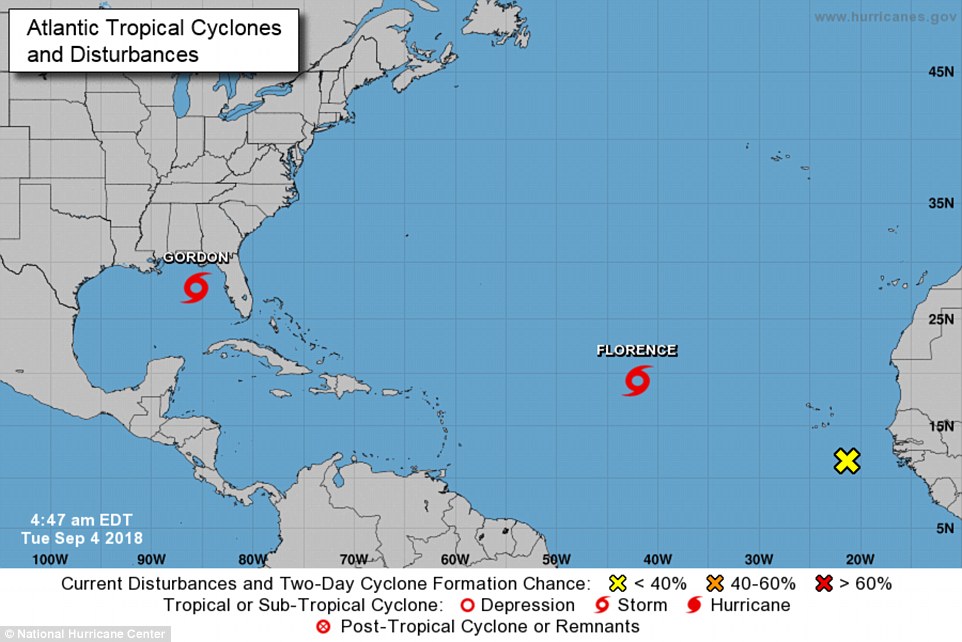 Florence is heading towards America, after which it could head up towards Greenland or across the Atlantic towards Europe

Met Office forecaster Bonnie Diamond told MailOnline: ‘Today, tomorrow and Thursday are generally quite settled. However, it will turn more unsettled as we head into Friday and then particularly on Saturday.

‘There is a low pressure system developing to the east of the UK, and that will bring some rain and strong winds to the east on Friday. There will be fairly localised impacts but largely affecting the eastern coast.’

On Florence, she said it was ‘far too early to have any confidence’ in how the storm might affect Britain, with it currently moving north west and potentially striking North America as a hurricane this weekend.

Speaking about what will happen next, Ms Diamond added: ‘Beyond that there’s a large degree of uncertainty in the next track of Florence. It’s possible she could go north to Greenland or towards Europe.’

She said the uncertainty was evidenced by several different global models tracking the progression of the tropical storm, which were today showing the exact opposite of what they were displaying yesterday. 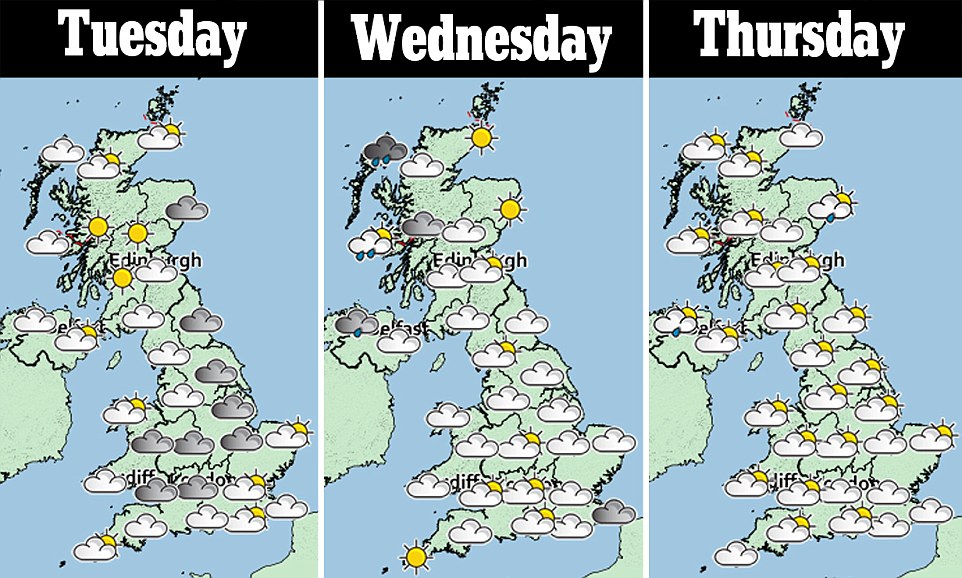 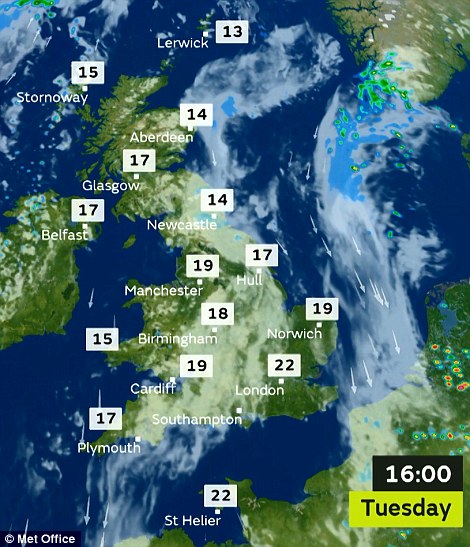 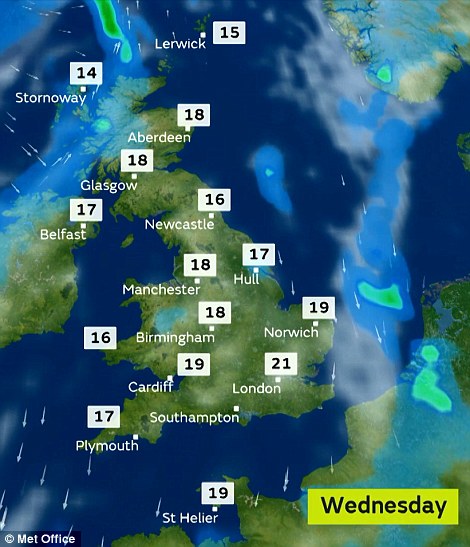 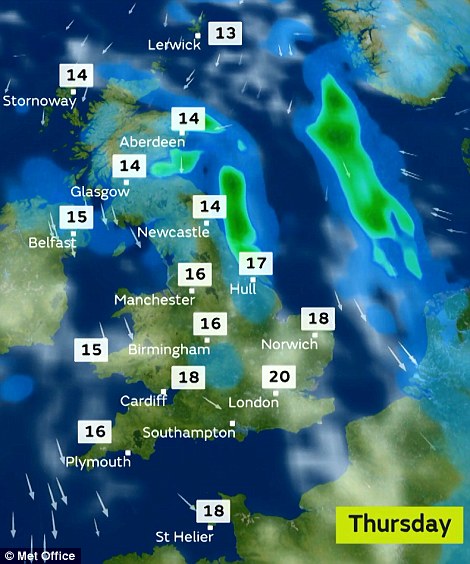 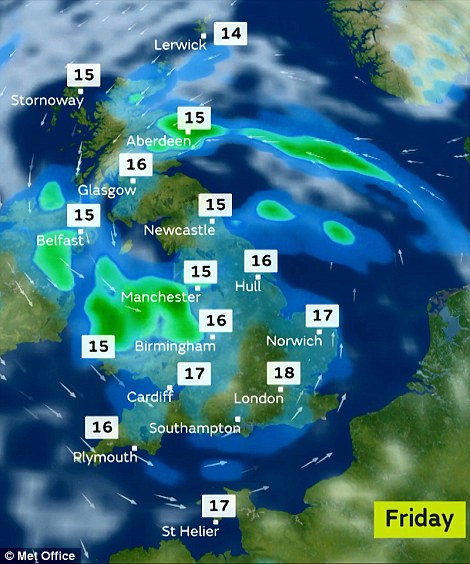 More unsettled weather is expected for some areas later this week, with 68F/20C on Thursday, and 64F/18C on Friday

Meanwhile, the Met Office said this year’s heatwave led to the joint-hottest summer on record for the UK. England also experienced its hottest June to August in records dating back to 1910.