One of the few relief programs available to jobless Americans has effectively ended just as the prospects of a new stimulus deal before the election fade.

At least 46 states have paid out all the benefits available under the Lost Wages Assistance (LWA) program, while the remaining will just pay for the weeks up to September 5 — when the program effectively expired.

“The money’s been gone for months. Some people are getting a check this week or last week but it accounts for overdue payments,” Michele Evermore, a senior policy analyst at the National Employment Law Project, told Yahoo Money. “The money coming along now is just paying back long overdue debt.” 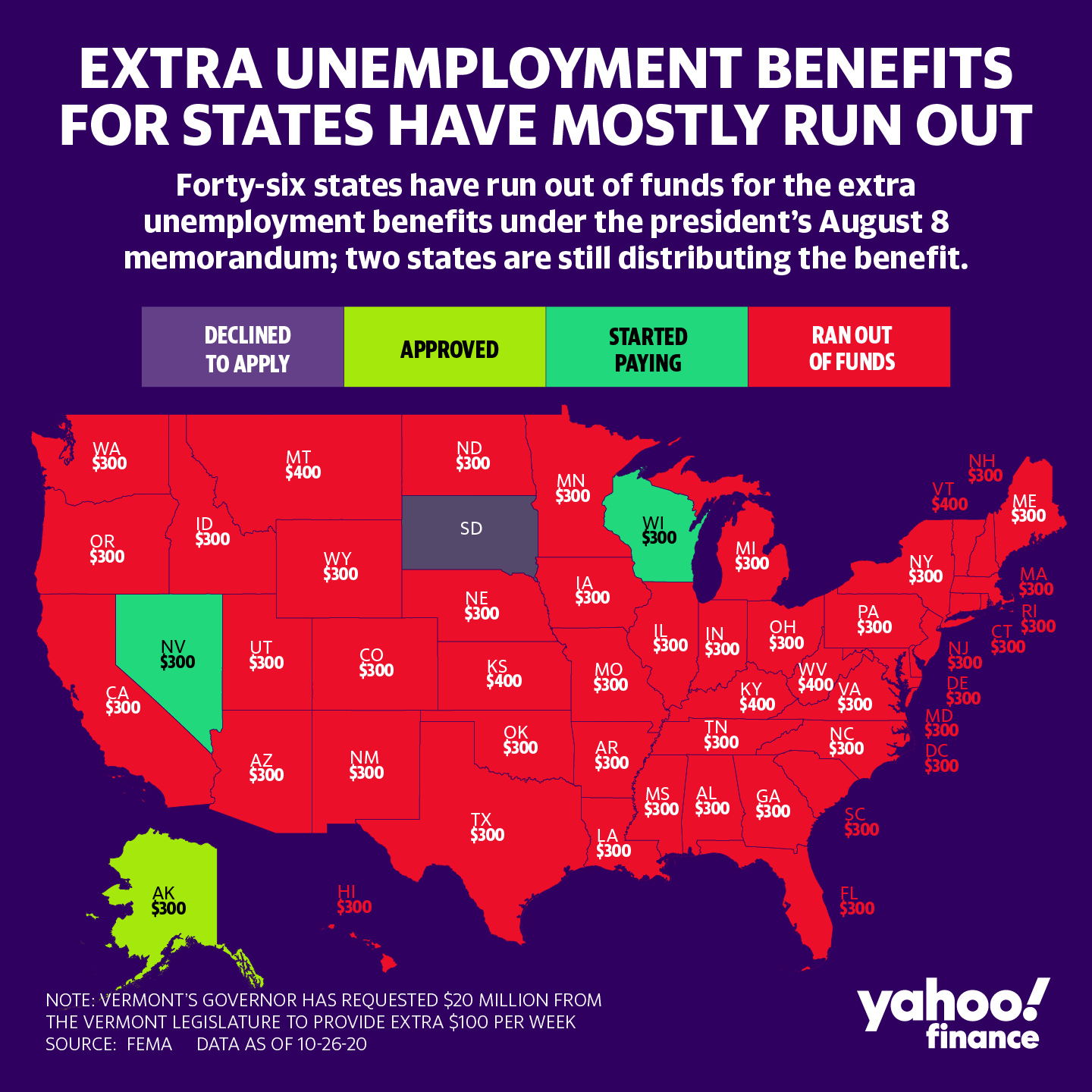 September 5 was the last active payment day for the LWA program, which was created under an August 8 executive memo from the president in an attempt to bypass stalled negotiations with Democrats about a stimulus bill. But the program provided funding for only six weeks and Congress still hasn’t reached a deal on more stimulus, which would likely include additional benefits for out-of-work Americans.

‘They’re at the end of the rope’

Unemployed workers faced a cliff at the end of July when the $600 under the CARES Act expired, and a second one when the $300-$400 a week under the LWA program expired in the majority of states. Currently, jobless Americans only get regular state unemployment benefits.

“I’ve been trying to be as optimistic as possible about negotiations because these people need hope,” Evermore said. “They’re at the end of the rope.”

Read more: How long will your unemployment benefits last?

Over 23 million jobless Americans who are currently receiving unemployment insurance have seen their benefits drop from around 130% of their pre-layoff wages to now 50% after the expiration of the extra $600 in July and the LWA program, an analysis from Evercore ISI found.

While out-of-work Americans were able to sock away some of the earlier benefits, they are now evaporating. Jobless workers more than doubled their liquid savings between March and July, according to a study by the JPMorgan Chase Institute, but they spent two-thirds of those savings in August alone. 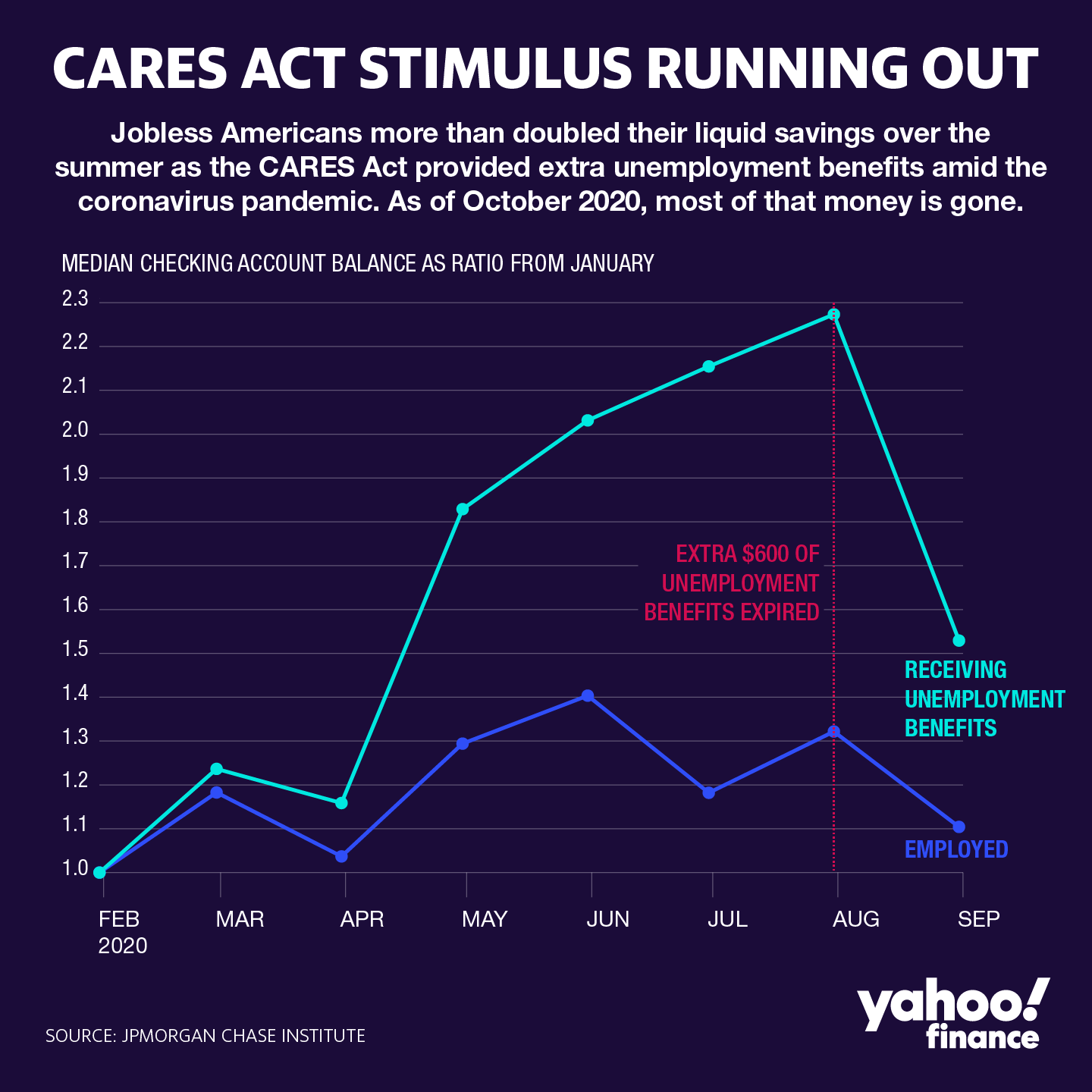 ‘If this pushes past the election’

Three months after the negotiations began, House Speaker Nancy Pelosi (D-CA) and Treasury Secretary Mnuchin have come closer on the top line of a deal, but key disagreements remain. A potential bill would likely face stiff opposition in the Senate and, even if it’s passed, there may not be enough time for it to become law before the election.

Read more: Here’s what you need to know about unemployment benefits eligibility

The Democrats’ latest proposal is the revised $2.2 trillion HEROES Act, while the White House’s counterproposal is worth “almost $1.9 trillion,” according to White House Chief of Staff Mark Meadows. The Democratic proposal includes an extra $600 in unemployment benefits through January among other provisions, but Republicans have previously argued for a lower additional benefit of $300 to $400 a week. 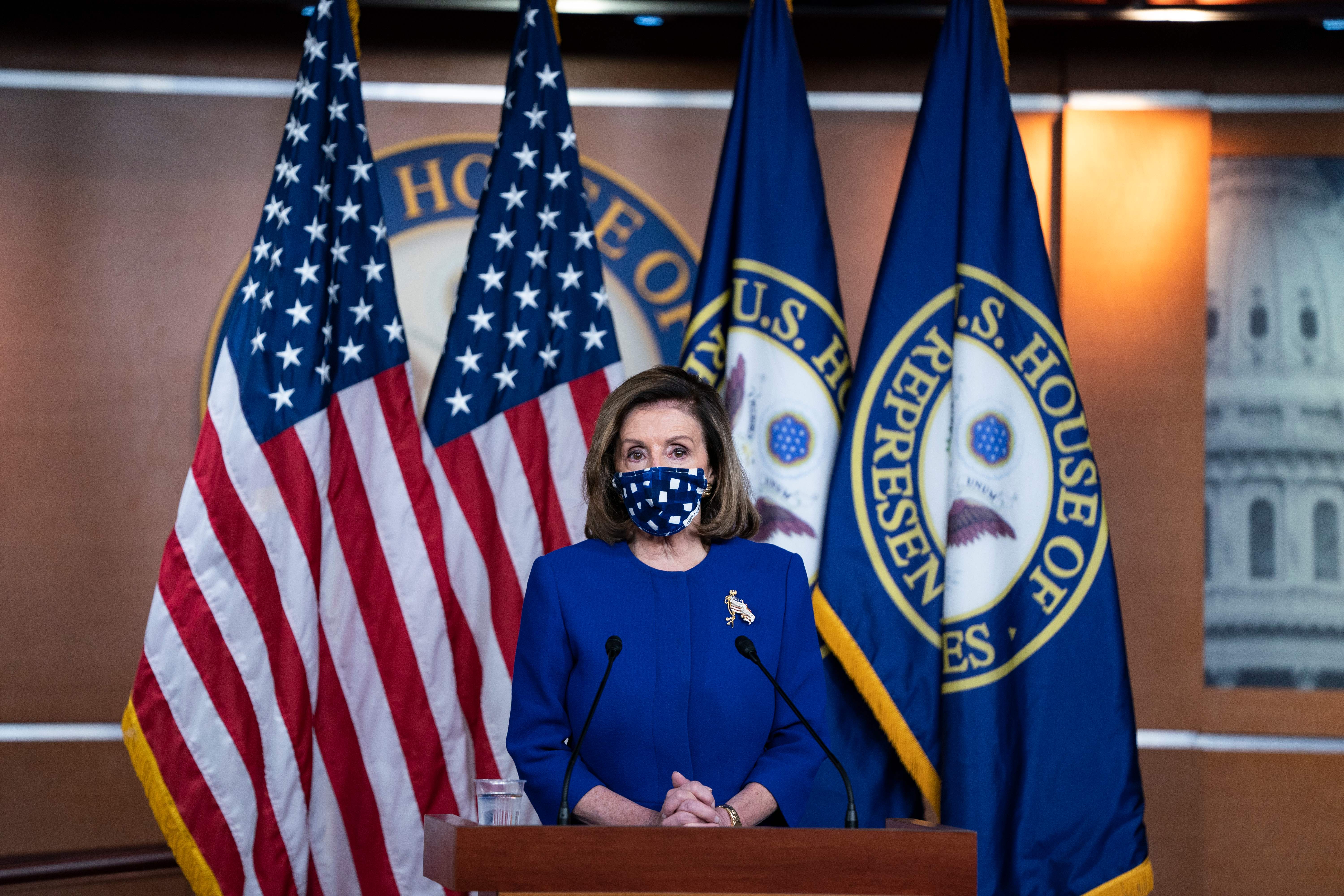 Pelosi has expressed optimism that a bipartisan stimulus bill would pass before the election, despite the obstacles. On Thursday, she told reporters “we’re just about there,” but as of Monday the two parties have not reached an agreement.

“Ten days after Secretary Mnuchin went on CNBC to declare that he was accepting our testing plan, the administration still refuses to do so,” Pelosi said in a statement on Monday.

The Senate and the House have both adjourned until after the election, but lawmakers may be recalled in case of a stimulus vote. Even if they reach a deal, it may be already too late for a bill to get through all the government hoops before November 3.

“If this pushes past the election, who knows what happens?” Evermore said. “It might be the case that the administration loses and decides, ‘Well you know what, why do anything?’”