A UNIFORMED Navy sailor was caught screaming “f**k Trump” at anti-mask protesters in California on Sunday.

Aviation Boatswain’s Mate 2nd Class Sarah Dudrey, as identified by the Navy Times, approached the protesters in Ventura County and began yelling at them around 1pm. 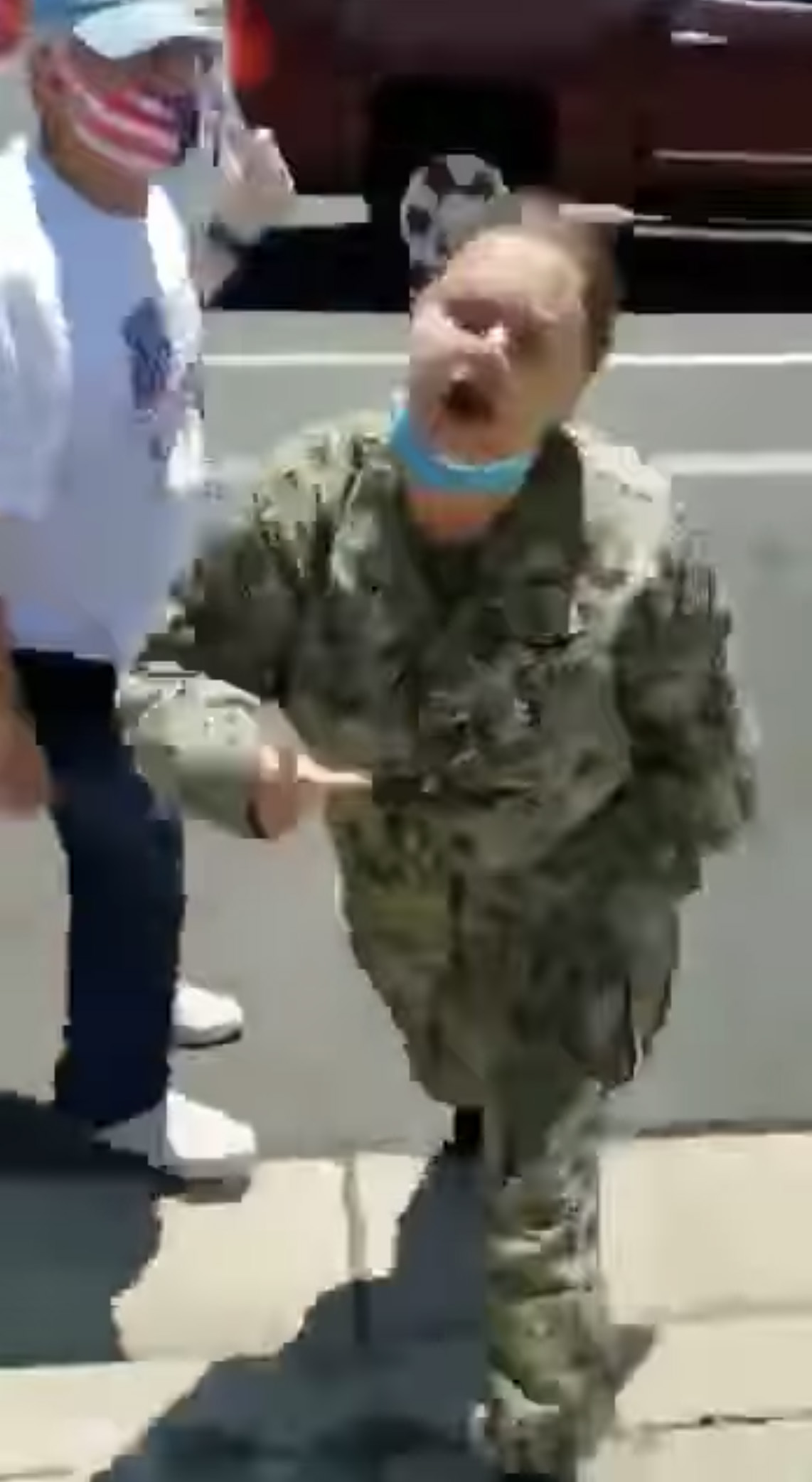 "F**k Trump," the sailor is heard yelling at the crowd of apparent supporters of President Donald Trump.

Dudrey, who was wearing a face mask below her chin, is seen showing the crowd her middle fingers and shouting: “F**k you.”

The 24-year-old sailor is assigned to Naval Base Ventura County in Port Hueneme, which is roughly 15 minutes away from the Ventura County Government Center, where the incident unfolded on Sunday.

In response to Dudrey, the crowd of anti-mask protesters can be heard shouting back: “Take the flag off your shoulder.” 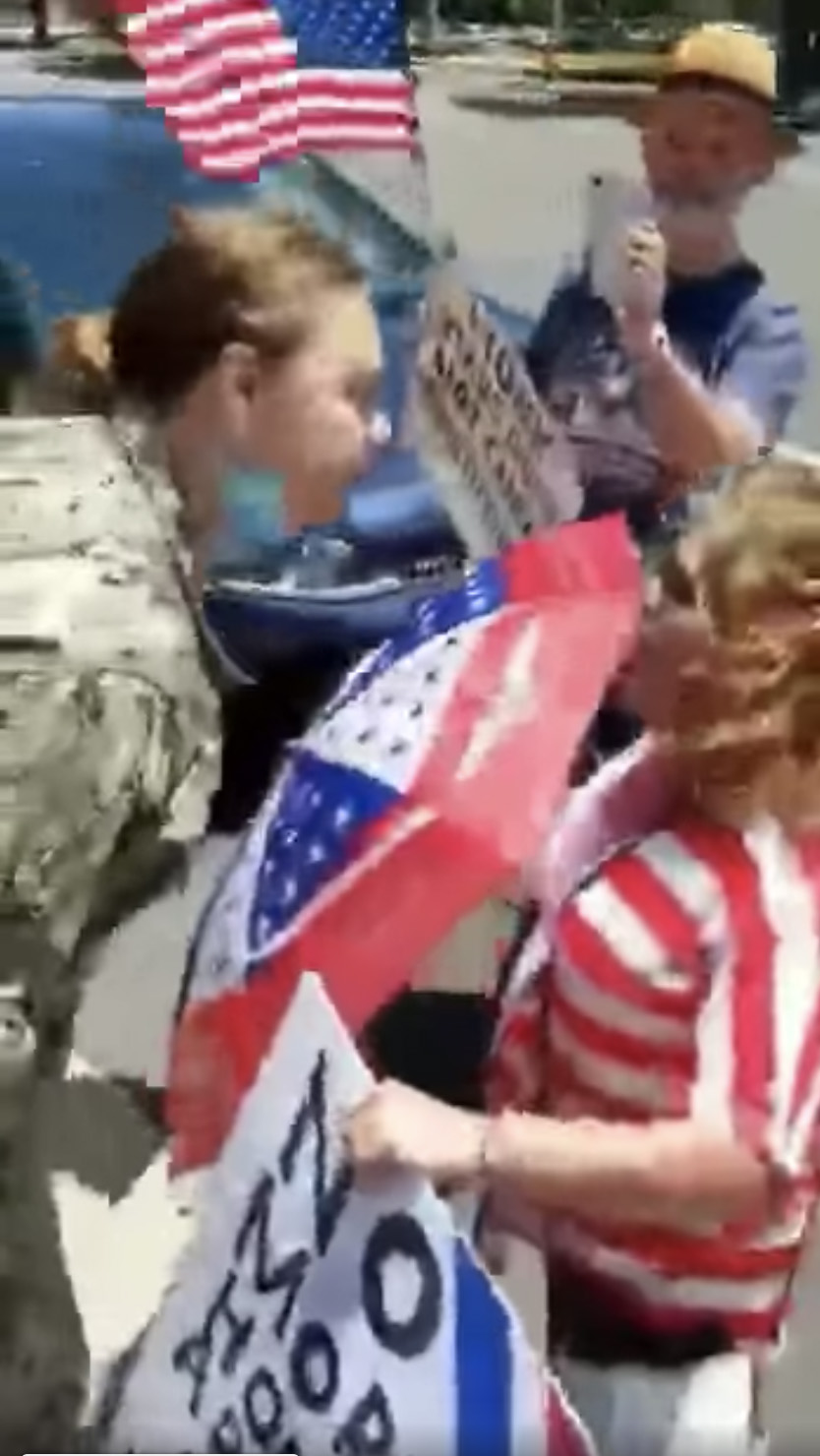 “Learn how to act in a f**king uniform, you f**king piece of s**t," another responded.

“You should be ashamed!” someone shouted.

One person was heard telling Dudrey that Trump is her commanding officer. 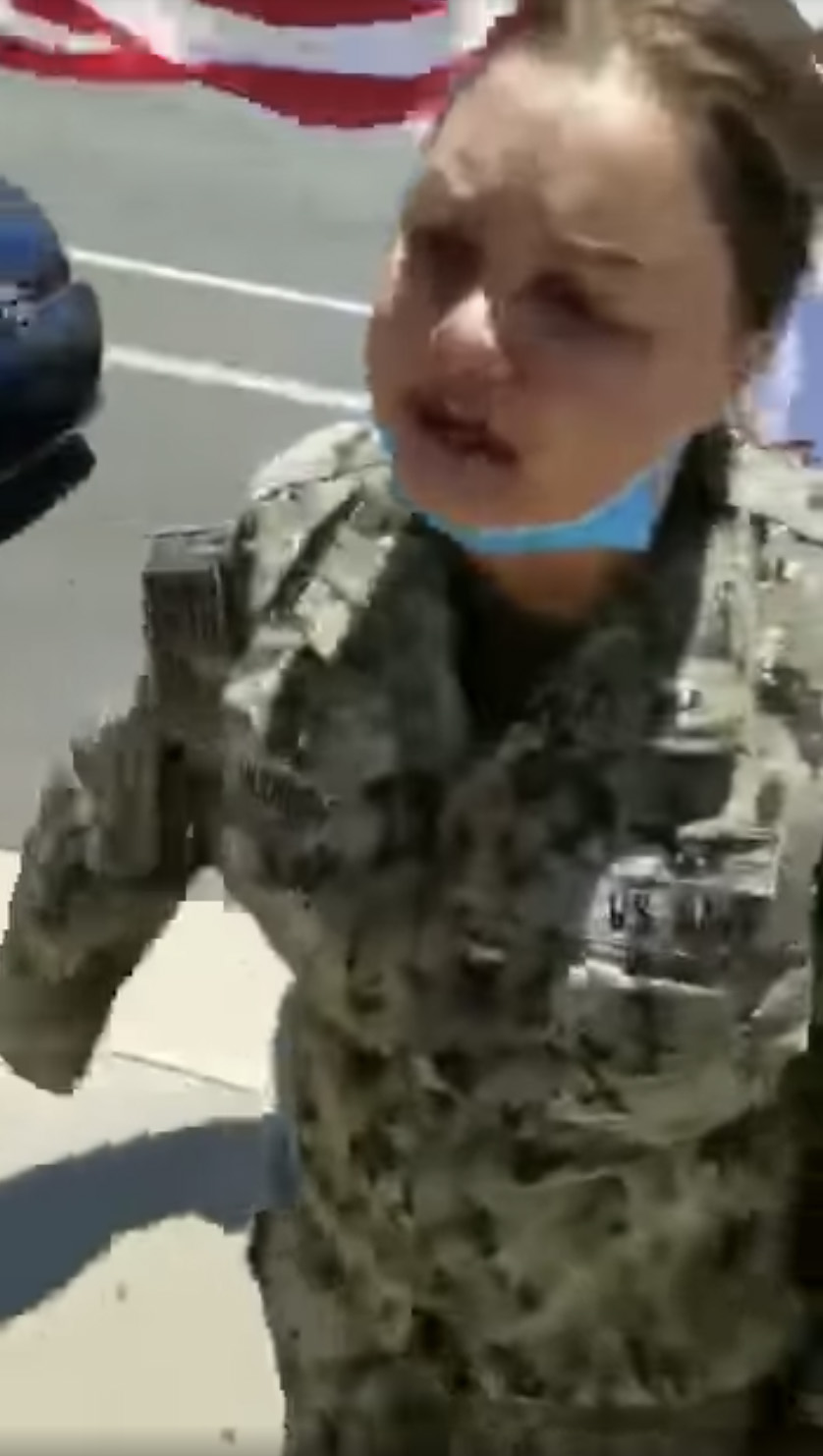 The person who posted the video to Facebook wrote the group of protesters were part of a “pro-America rally” that had “lined the sidewalks with happiness and American flags.”

“Dudrey pulled up in a BORROWED CAR, parked illegally on a busy main street, blocking an entire lane, got out,” which is when shouting match broke out.

In a statement to the Navy Times, the US Navy identified the sailor as Dudrey and said they began investigating the video on Monday.

“The Navy is a proponent of free speech and active-duty members are free to participate in protests during their off-duty time,” Melinda Larson said. 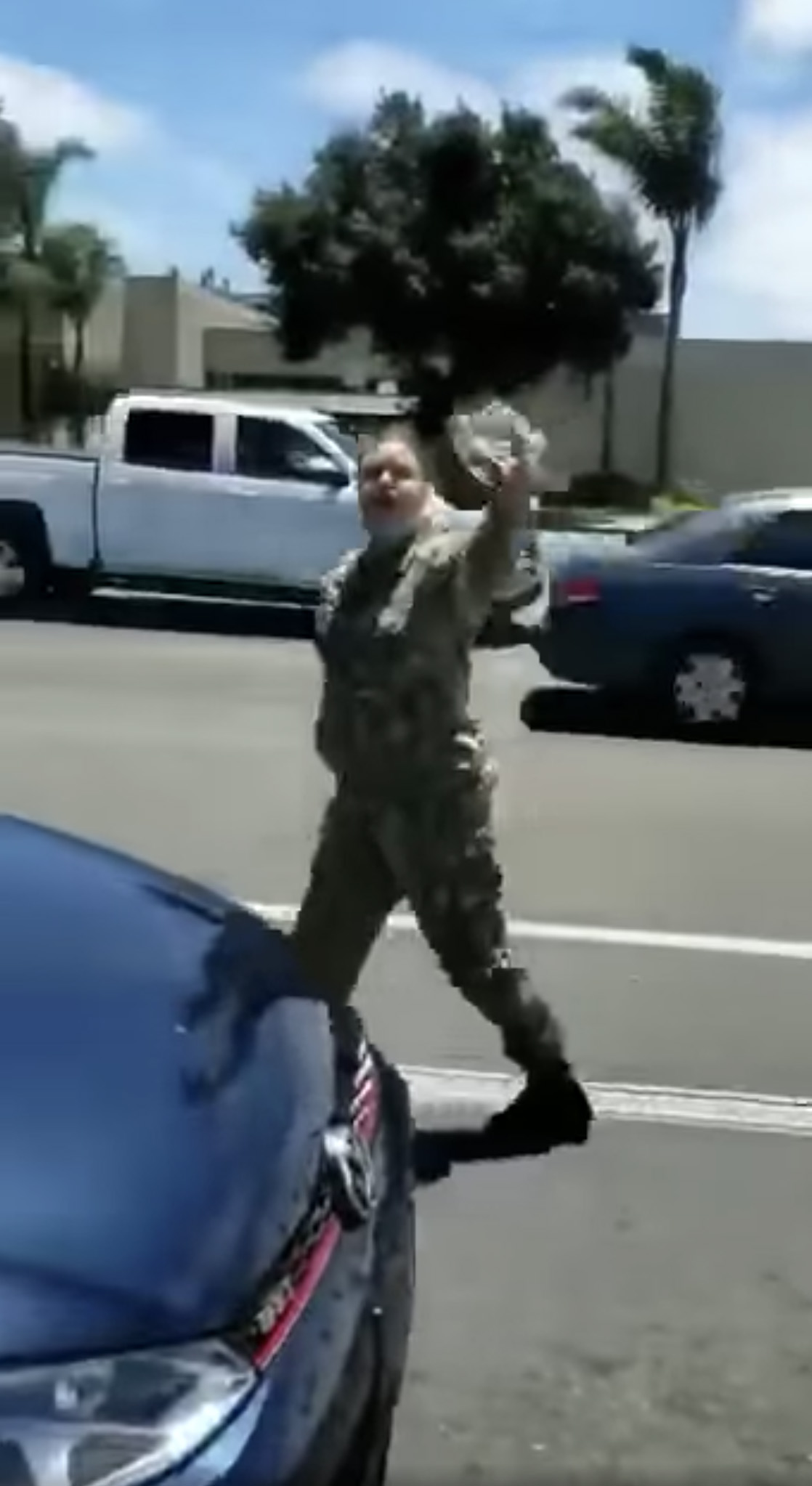 “However, Navy members are not authorized to wear military uniforms while engaging in protests and voicing personal opinions.

“After a thorough inquiry into the matter, the Commanding Officer will make a determination on what actions are warranted,” Larson said.

In February, Secretary of Defense Mark Esper wrote in a memo to armed forces members to remember to avoid participating in political activity while in uniforms, as the military is supposed to be apolitical.

Esper wrote: "Maintaining the hard-earned trust and confidence of the American people requires us to avoid any action that could imply endorsement of a political party, political candidate or campaign by any element of the Department.

"Leaders will review the rules governing participation by DoD personnel in political activities and direct widest dissemination of the guidance in this memorandum to their teams."

It wasn’t clear as of Thursday if Dudrey was facing punishment for the incident.