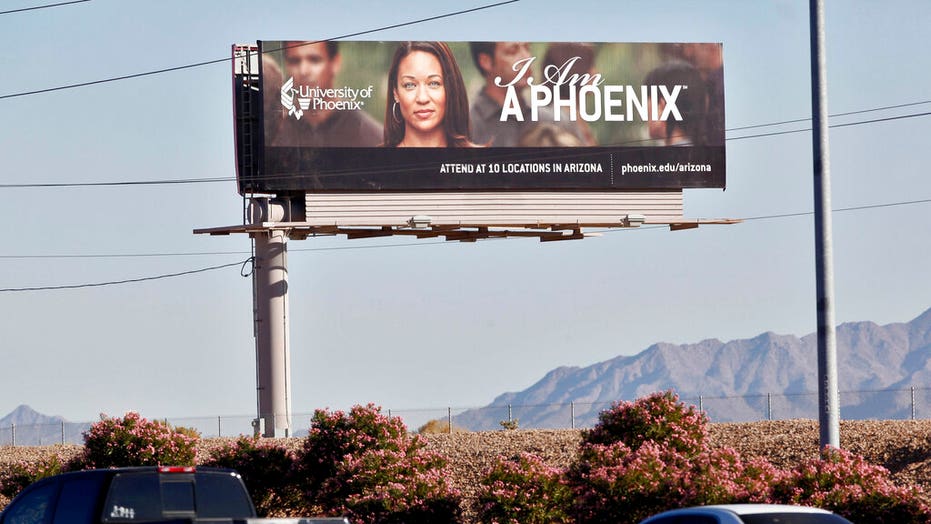 The University of Phoenix on Monday agreed to cancel $141 million in student debt, as well as pay a $50 million fee, to settle allegations that the university misled students with deceptive advertising, according to the Federal Trade Commission (FTC).

The deal, announced Tuesday, settles a dispute over an ad campaign the university began in 2012 touting partnerships with companies such as Microsoft, Twitter and Adobe. The ads suggested that the for-profit college worked with those companies to create job opportunities for students, even though investigators found no such agreement. 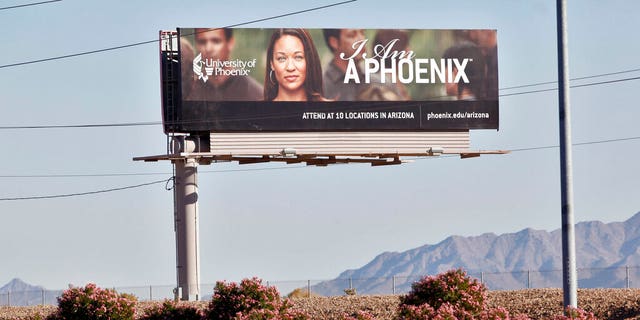 FILE: A University of Phoenix billboard is shown in Chandler, Ariz.

The settlement is the largest the agency has ever obtained against a for-profit college, according to the Federal Trade Commission.

The University of Phoenix maintains that it acted appropriately and that the dispute centered around a single ad campaign that occurred under prior ownership and concluded before the FTC’s inquiry began.

Under the settlement, the University of Phoenix and its parent company, Apollo Education Group, will cancel all remaining debt for students who first enrolled between October 2012 and the end of 2016. The school is also barred from making false claims about its relationships with companies or employers.

The FTC said it will use the $50 million payment to help consumers who were misled by the ads.

According to the FTC's complaint, the University of Phoenix created the 2012 ad campaign to distinguish itself from competitors after enrollment began declining. After conducting market research, the chain adopted an ad campaign called “Let’s Get To Work!” that tied the school to successful career outcomes, investigators said.

The ads, which aired on TV, radio and the internet, boasted supposed ties to corporate partners that included Microsoft, AT&T, Hitachi and Avis.

Instead, many of the companies touted as corporate partners were actually part of the university’s "Workforce Solutions" program that provided discounted tuition to their employees in exchange for the companies' help promoting the school.

The settlement was applauded by some education advocacy groups, including Veterans Education Success, which works to help military veterans.