Staff members at 60 universities will go on strike for eight days from November 25 in a dispute over pay and pensions.

The University and College Union has revealed that its members backed strike action in two separate legal disputes, one on pensions and one on pay and working conditions.

The strike will last until December 4 and staff will supplement it with ‘action short of a strike’ when they return to work.

This will see them refuse to cover for absent colleagues, refuse to reschedule lectures lost to strike action and work strictly to contract. 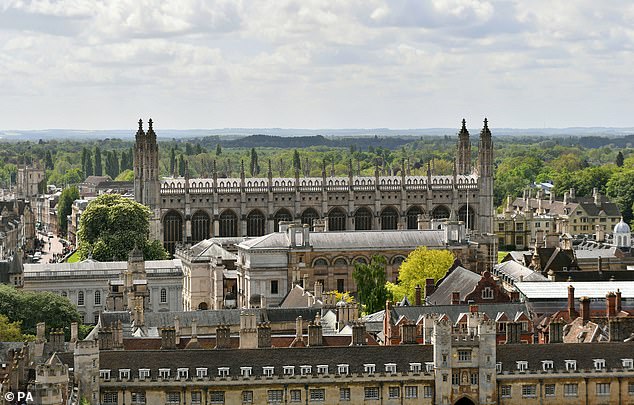 Staff at 60 universities, including the University of Cambridge (pictured), will be striking for eight days from November 25

The University of Cambridge is among those to be affected by the strikes.

UCU general secretary Jo Grady said: ‘The first wave of strikes will hit universities later this month unless the employers start talking to us seriously about how they are going to deal with rising pension costs and declining pay and conditions.

‘Any general election candidate would be over the moon with a result along the lines of what we achieved last week. Universities can be in no doubt about the strength of feeling on these issues and we will be consulting branches whose desire to strike was frustrated by anti-union laws about reballoting.’

Overall, 79 per cent of UCU members who voted backed strike action in the ballot over changes to pensions.

In the ballot on pay, equality, casualisation and workloads, 74 per cent of members backed strike action.