IKEA offered up to 200 people beds in one of their stores after a horrific crash involving two lorries left motorists stranded for hours.

Drivers were stuck in huge tailbacks after the crash near junction 30 and 31 on the M25.

Many people were stuck in their cars for more than six hours while those close enough to the Thurrock IKEA store in Essex were offered a bed. 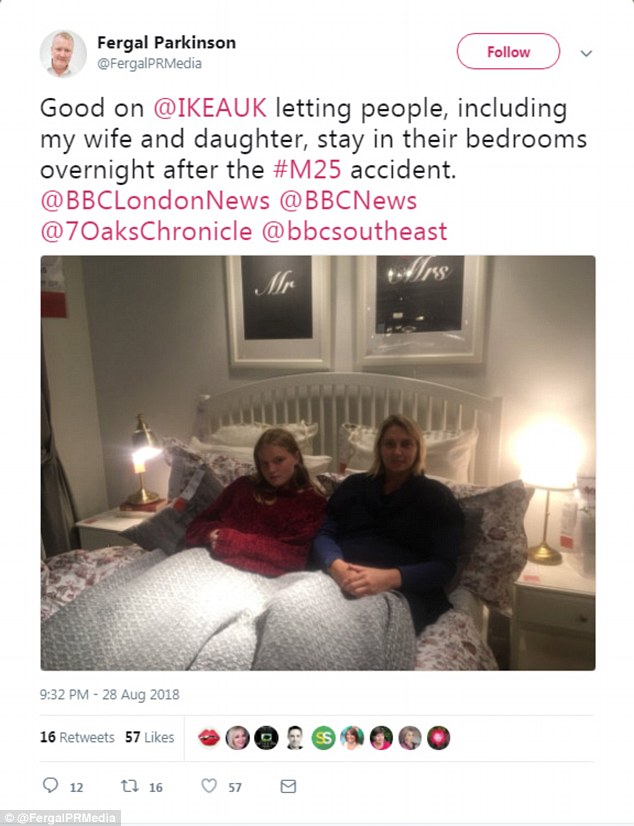 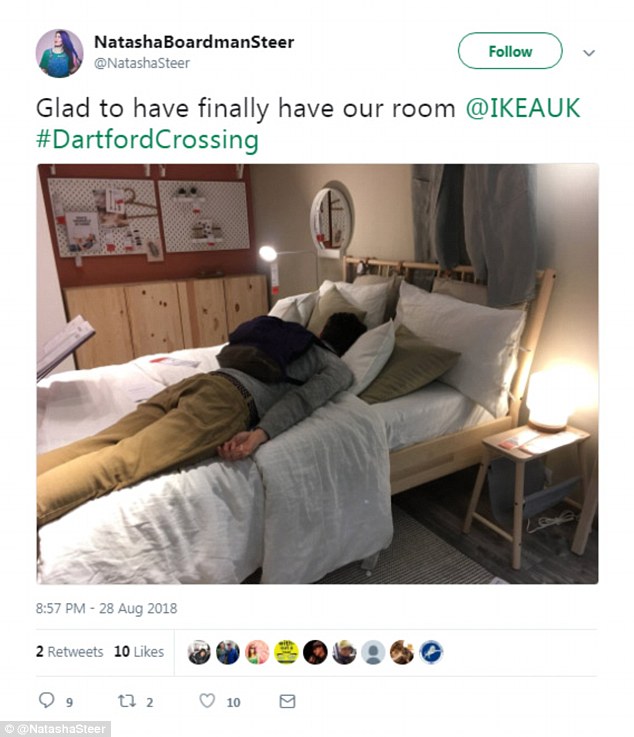 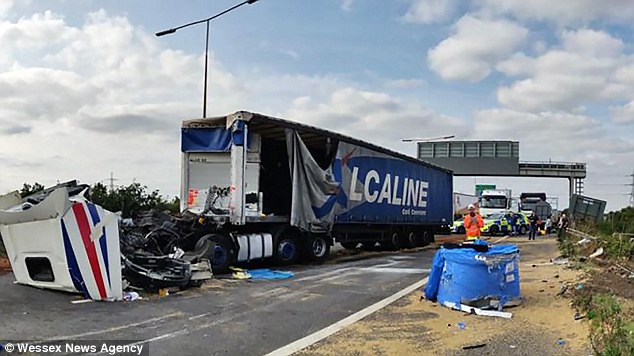 IKEA’s generous gesture to offer those stranded on the nearby motorway was praised on social media.

Fergal Parkinson hailed the store for allowing his wife and daughter to stay overnight.

He told BBC News around 200 people were offered beds for the night.

In a photograph of the two cuddled in bed together, he wrote: ‘Good on @ IKEAUK letting people, including my wife and daughter, stay in their bedrooms overnight after the M25 accident.’

Another person called Natasha shared a photograph of herself and another person laying in an IKEA bed with the caption: ‘Glad to finally have our room. @IKEAUK.’

She later added they were in the store until 9.30pm before they were finally able to get back onto the road.

Dame Kelly Holmes was among those caught in the gridlocked traffic as she confessed she had to go to the toilet on the roadside.

The Olympic champion said: ‘Sorry but I had to go! That’s one thing a runner does well and doesn’t care about – squatting! (It was just a wee before you start with the emojis) 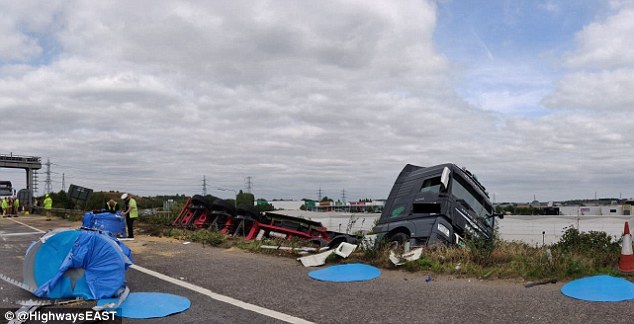 ‘Even had the lovely traffic control guy give me some toilet roll and hand wipes!??’ 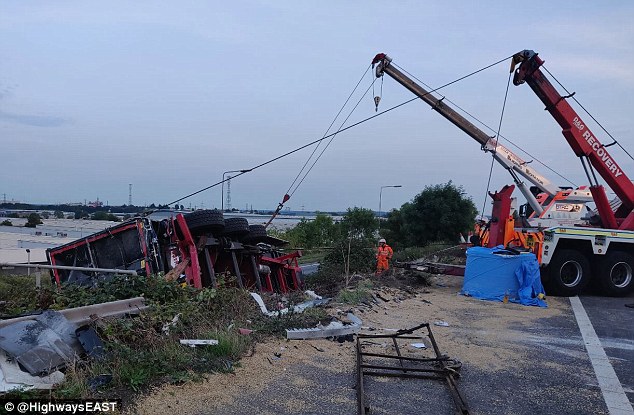 A woman called Esther wrote: ‘My daughter & I are trapped in ikea due to crash on M25…5hrs +counting ..colouring in is saving our sanity..just…thank god for felt tips, rainbows and unicorns ..I can never face a meatball again…’

Highways England said there are still some delays on the M25 clockwise approaching junction 30 after the road reopened this morning.

No-one is thought to have been seriously injured in the collision but the motorway remained closed overnight and did not reopen until 5.45am this morning.

One of the lorries involved the collision was overturned and ended up down an embankment.

The accident happened at around 2.35pm on Tuesday near the Dartford Crossing.

The delays stretched back from the QEII bridge as far as Junction 28 for Chelmsford. 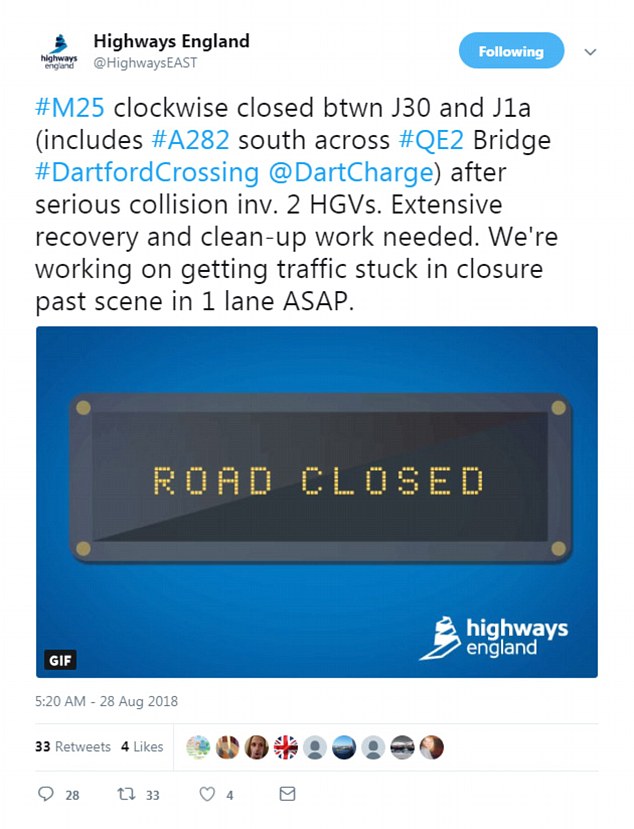 Beds at the IKEA store in Thurrock, Essex, were offered to motorists stranded near to the store