Washington: The US military has confirmed the cancellation of $US300 million ($400 million) in aid to Pakistan that had been suspended over Islamabad's perceived failure to take decisive action against militants, in a new blow to deteriorating ties.

The so-called Coalition Support Funds were part of a broader suspension in aid to Pakistan announced by President Donald Trump at the start of the year, when he accused Pakistan of rewarding past assistance with "nothing but lies & deceit".

The Trump administration says Islamabad is granting safe haven to insurgents who are waging a 17-year-old war in neighbouring Afghanistan, a charge Pakistan denies. 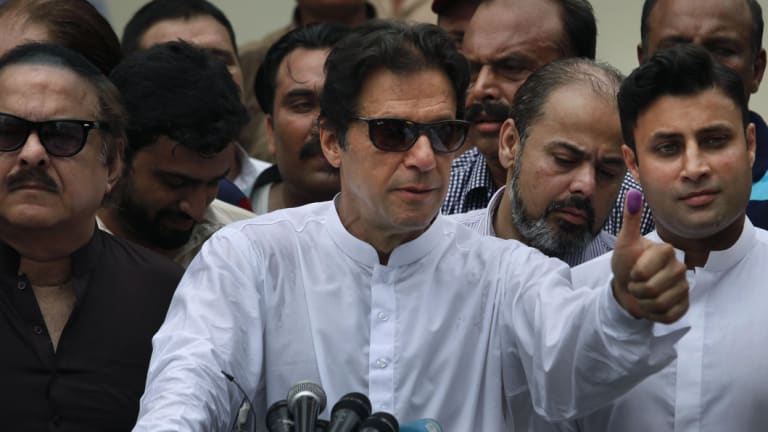 Imran Khan, Pakistan’s new Prime Minister, faces a deteriorating economy and may need to go to the IMF.

But US officials had held out the possibility that Pakistan could win back that support if it changed its behaviour.

US Defence Secretary Jim Mattis, in particular, had an opportunity to authorise $US300 million in CSF funds over the past months – if he saw concrete Pakistani actions to go after insurgents. Mattis chose not to, a US official told Reuters.

"Due to a lack of Pakistani decisive actions in support of the South Asia Strategy the remaining $US300 (million) was reprogrammed," Pentagon spokesman Lieutenant Colonel Kone Faulkner said. 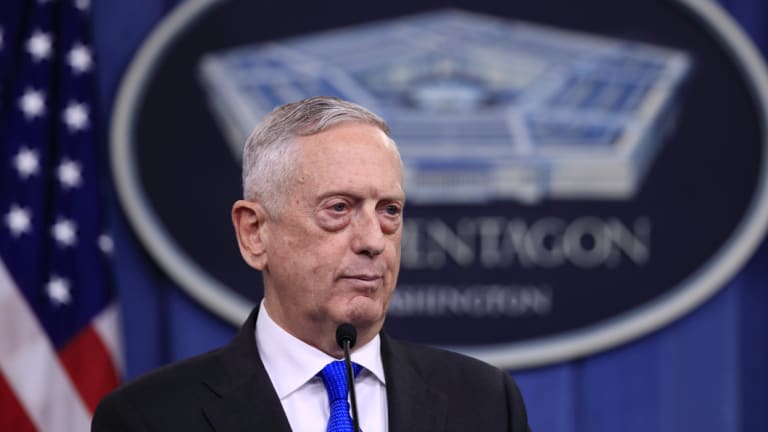 US Secretary of Defence Jim Mattis has decided to withhold a further $US300 million in scheduled funds for Pakistan.

Faulkner said the Pentagon aimed to spend the $US300 million on "other urgent priorities" if approved by Congress. He said another $US500 million in CSF was stripped by Congress from Pakistan earlier this year, to bring the total withheld to $US800 million.

The disclosure came ahead of an expected visit by US Secretary of State Mike Pompeo and the top US military officer, General Joseph Dunford, to Islamabad. Mattis told reporters on Tuesday that combating militants would be a "primary part of the discussion".

Experts on the Afghan conflict, America's longest war, argue that militant safe havens in Pakistan have allowed Taliban-linked insurgents in Afghanistan a place to plot deadly strikes and regroup after ground offensives. 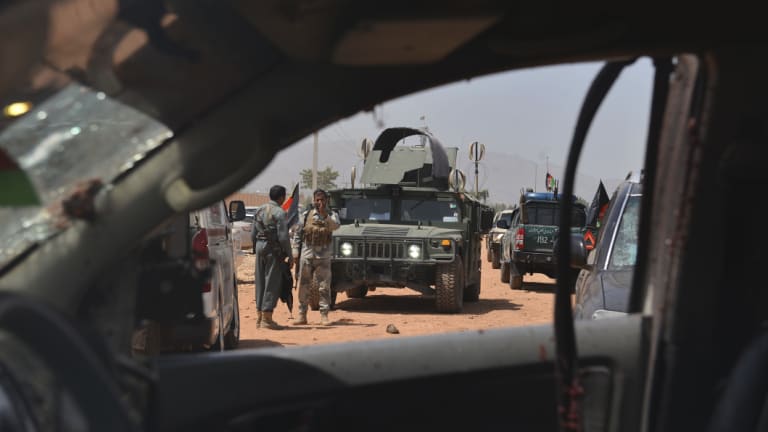 Security personnel inspect the side of a suicide attack near the office of the Election Commission in Jalalabad city, capital of eastern Nangarhar province, Afghanistan, last week.

The Pentagon's decision showed that the United States, which has sought to change Pakistani behaviour, is still increasing pressure on Pakistan's security apparatus.

It also underscored that Islamabad has yet to deliver the kind of change sought by Washington.

"It is a calibrated, incremental ratcheting up of pressure on Pakistan," said Sameer Lalwani, co-director of the South Asia program at the Stimson Centre think tank in Washington.

Reuters reported in August that the Trump administration has quietly started cutting scores of Pakistani officers from coveted training and educational programs that have been a hallmark of bilateral military relations for more than a decade.

The Pentagon made similar determinations on CSF in the past but this year's move could get more attention from Islamabad, and its new prime minister, Imran Khan, at a time when its economy is struggling.

Pakistan's foreign exchange reserves have plummeted over the past year and it will soon decide on whether to seek a bailout from the International Monetary Fund (IMF) or friendly nations such as China.

"They are squeezing them when they know that they're vulnerable and it is probably a signal about what to expect should Pakistan come to the IMF for a loan," Lalwani said. The United States has the largest share of votes at the IMF.

Khan, who once suggested he might order the shooting down of US drones if they entered Pakistani airspace, has opposed the United States' open-ended presence in Afghanistan. In his victory speech, he said he wanted "mutually beneficial" relations with Washington.

Pakistan has received more than $US33 billion in US assistance since 2002, including more than $US14 billion in CSF, a US Defence Department program to reimburse allies that have incurred costs in supporting counter-insurgency operations.

Pakistan could again be eligible next year for CSF.