The rationing plan will help deal with the outages that have also cut off the water supply and communications for days at a time, Mr Maduro said in a speech on national television in which he also warned against any unrest in reaction to the blackouts.

Hours before Mr Maduro’s appeal for calm, protests broke out in neighbourhoods in the capital and other cities following a call by opposition leader Juan Guaido to demonstrate against the government’s failure to provide basic services.

Many took to balconies and building windows to bang pots in protest and shout curses at Mr Maduro. They also burned rubbish and blocked roads. 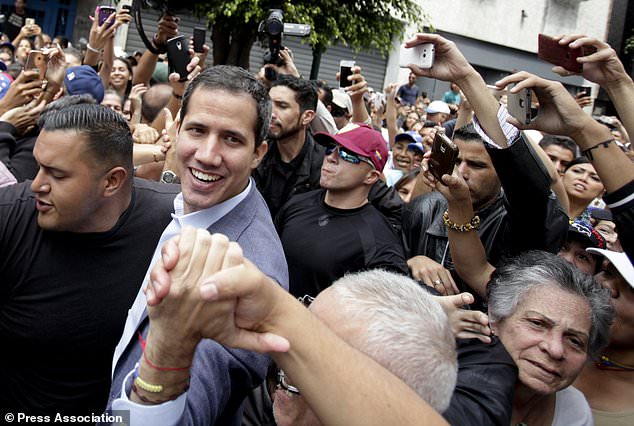 While police did not intervene in most cases, alleged government supporters known as “colectivos” appeared in some areas on motorbikes and threatened protesters, who quickly dispersed.

The “colectivos” are sometimes armed and video posted on social media showed masked men as well as men firing shots in the streets.

In his speech, Mr Maduro said “colectivos” and other pro-government groups should keep order as Venezuela grapples with the blackouts, which he has blamed on US-led sabotage without offering clear evidence.

“We’re confronting monsters who want to destroy Venezuela,” said Mr Maduro, who said the electricity rationing would balance generation and transmission with consumption, with the aim of ensuring water supply.

“There is no sabotage,” the leader of the opposition-controlled National Assembly wrote on Twitter. 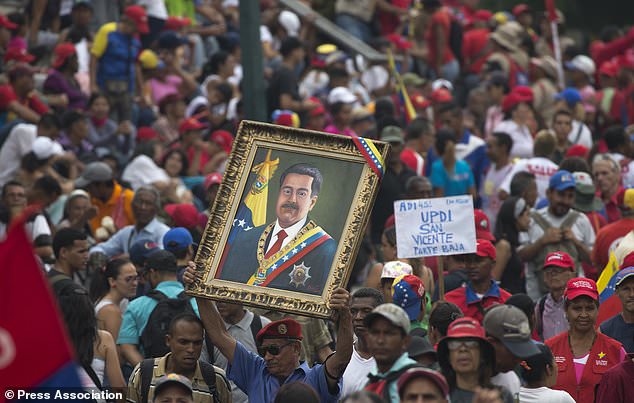 A government supporter holds up a framed image of President Nicolas Maduro during an anti-imperialist rally in Caracas, (Ariana Cubillos/AP)

Some of the protests on Sunday occurred near the Miraflores presidential palace in Caracas, in a direct challenge to Maduro.

“No one can put up with this. We spend almost all day without electricity,” said Karina Camacho, a 56-year-old housewife who was about to buy a chicken when electronic payment machines stopped working.

“There’s been no water since (last) Monday, you can’t call by phone, we can’t pay with cards or even eat.” 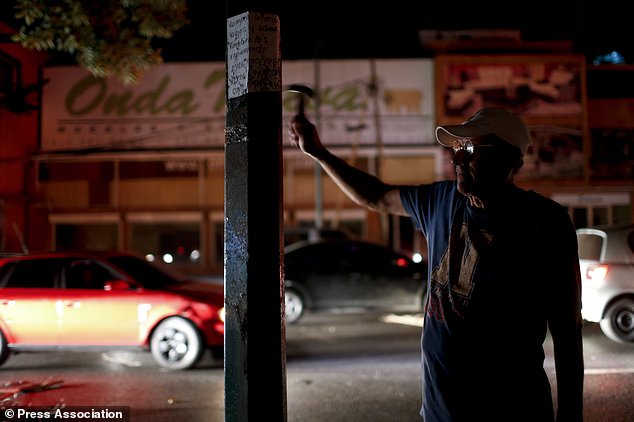 Caracas, and Venezuela as a whole, have been experiencing massive power outages (Natacha Pisarenko/AP)

The ongoing blackouts now mark another point of tension in a country paralysed by political and economic turmoil, compounding a humanitarian crisis and deepening a prolonged standoff between two political parties vying for power.

The United States and dozens of other countries support Mr Guaido’s claim that Mr Maduro’s re-election last year was illegitimate.

The US has imposed oil sanctions and other economic penalties on Venezuela in an attempt to force him out of power, but he has yet to show signs of backing down.

The latest outage comes just weeks after Venezuela experienced nationwide blackouts on March 7 which shut down schools, offices and factories and paralyzed nearly every part of the oil-rich country of 31 million.