TWO Army dogs which helped save thousands of lives while on duty in Afghanistan will be put down next week, be­cause Top Brass say they can’t be re-homed.

Belgian shepherds Kevin and Dazz sniffed out deadly IEDs on missions in Helmand Province before being retired. 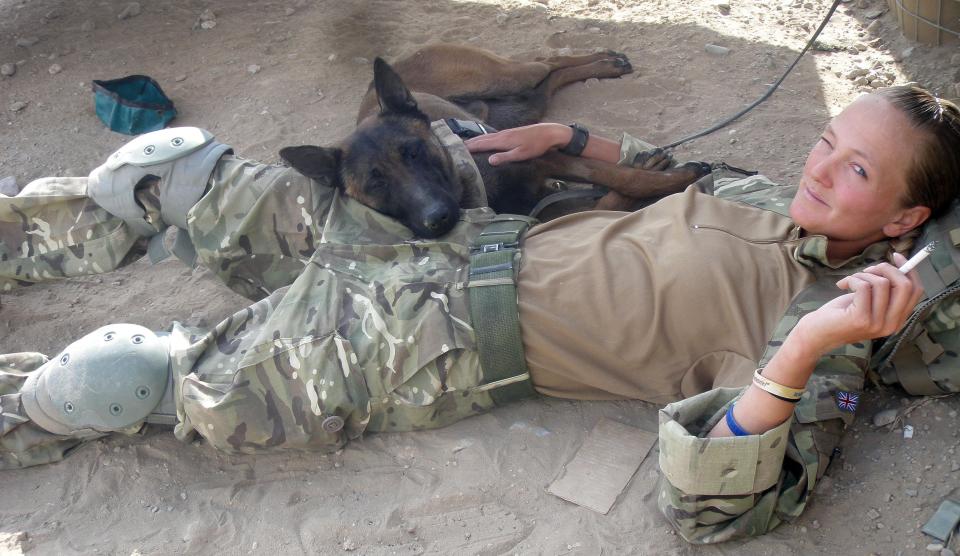 Both face lethal injections after chiefs ruled them unsafe for new homes. One angry handler said as a rescue campaign began: “We’ll do anything to save them.”

A distraught handler has slammed the decision to destroy Army dogs Kevin and Dazz — saying: “This is such a cruel way to treat these animals that have given us so much.”

The two Belgian Shepherds, retired after dozens of life-saving missions as specially-trained search dogs in Afghanistan, are due to be put down next week after chiefs ruled they can’t be re-homed.

Former soldiers and handlers who worked with the pair — and with an ex-police hound named Driver which is also doomed to die — have written to the commanding officer at the Defence Animal Centre in Melton Mowbray, Leics. 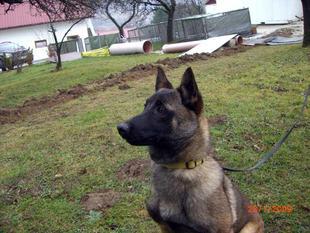 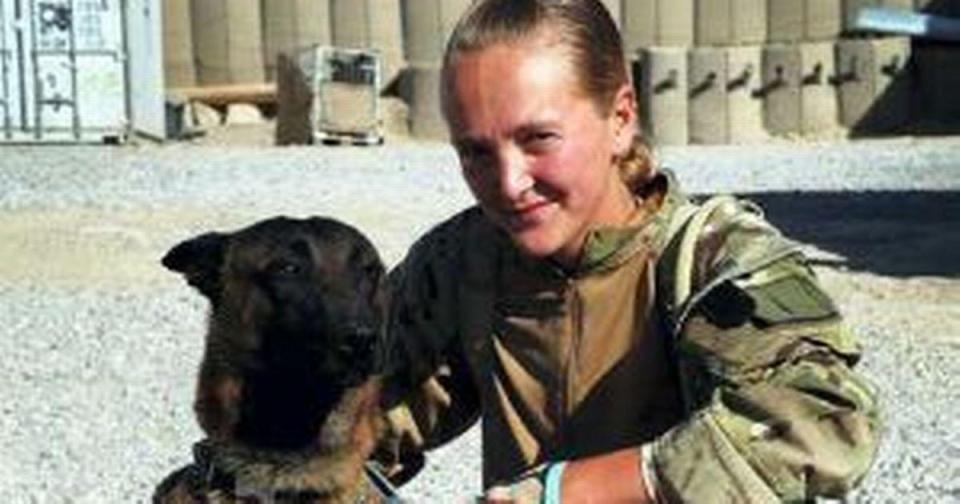 But despite experienced hand­lers offering to take them, Army chiefs are standing firm, saying they aren’t safe to be given new homes.

The angry handler said amid a campaign to rescue the trio: “People who worked closely with these dogs are devastated at the plans — they’ve begged to save them all.

“There’s no protocol to decide if a dog is put down. The commanding officer decides and that’s it. It’s such a cruel way to treat ­animals that have given so much.

“We’ll do anything to save these dogs. We’ll go to Defence Secretary Gavin Williamson if need be.” 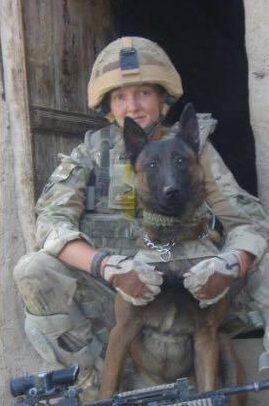 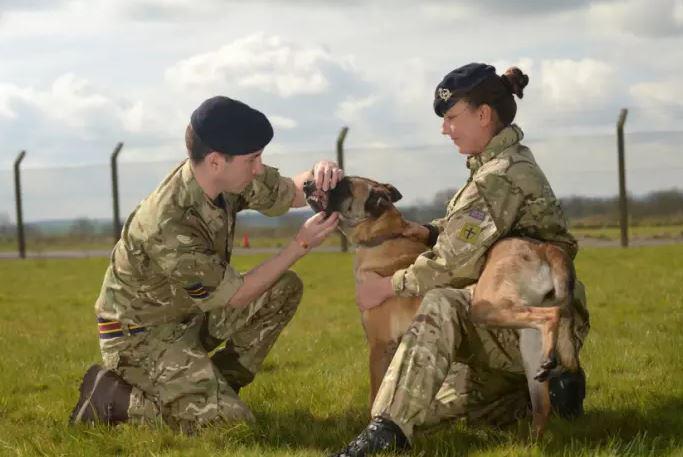 Kevin and Dazz, both nine, sniffed out IEDs on several tours of Afghanistan, saving many lives. After being retired from the front line about four years ago they worked with trainees and are now at the Defence Animal Centre.

Once deemed too old for duty, they should have gone through a detraining programme to see if they were suitable for new homes.

But the handler said the commanding officer had taken an “ex­treme view” after a recent incident where another dog bit a civilian.

SAS legend Andy McNab launched an online petition to save the hounds. He said: “Dogs like these saved me many times. 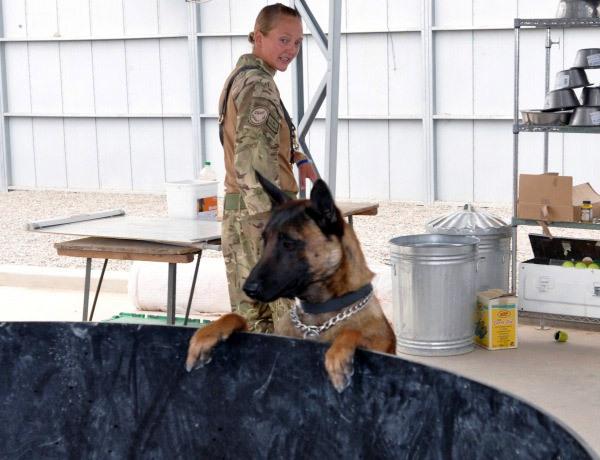 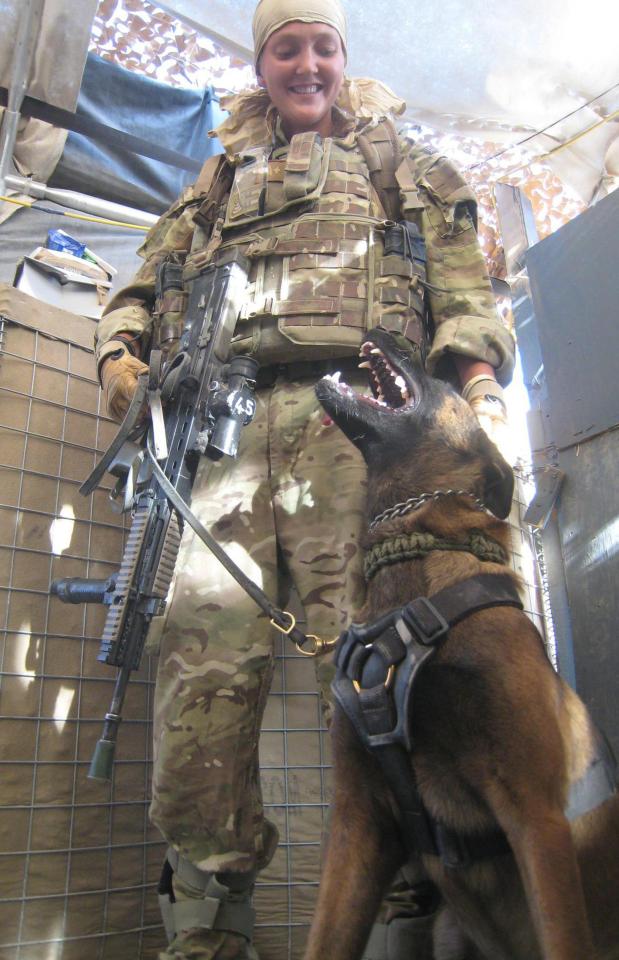 Belgian Malinois Mali played a key role sniffing out explosives during a gunfight at a Taliban stronghold in Afghanistan.

The battle lasted 7½ hours and saw Mali help Special Boat Service operators hunt down and kill more than 12 insurgents holed up in a Kabul building in April 2012.

He was seriously hurt by grenade shrapnel that tore into his belly and legs, blew out a front tooth and damaged his right ear. But he remained at his handler’s side

Now retired from frontline duties and fully recovered Mali, left, was awarded the Dickin Medal by animal charity PDSA in London on November 17.

Thrilled handler Cpl Daniel Hatley said: “I am extremely proud of him.”

“They should be cared for when they retire. If homes are being offered by handlers it’s outrageous there are plans to put them down.”

An Army spokesman said: “Wherever possible we endeavour to rehome military working dogs. Sadly there are oc­casions where this is not possible.”

In 2012 there was fury after The Sun revealed two dogs protecting Prince William at his RAF base were put down days after he left. 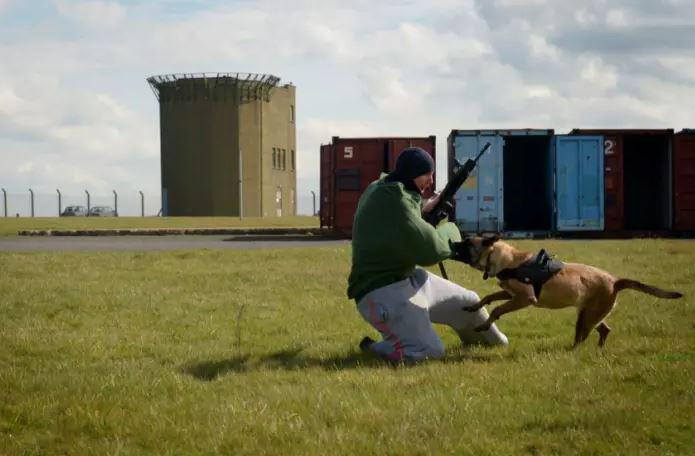 You can add your support at change.org/saveveterandogs.

UP to 380 military dogs are currently working in the British Army.

Military dogs have been deployed in every major conflict since World War One.

Many have served with distinction in Northern Ireland, Afghanistan, Iraq, Kosovo and Bosnia.

Most are attached to the First Military Working Dog Regiment, whose regimental motto Vires in Varietate translates as Strength in Diversity.

Dogs like Kevin and Dazz are trained to alert their commanders from a relatively long distance when they detect deadly IEDs — providing an additional level of assurance.

They search ahead of the Infantry patrol, allowing for improved freedom of movement in increased threat environments, and seek out the presence of explosives and pressure plates.