Home » World News » Vicar, 84, dies in prison just weeks after he was jailed for sex abuse

Disgraced vicar and former General Synod member, 84, dies in prison just weeks after he was jailed for 12 years for historic sex offences against four male victims – including one who was just 10-years-old

A disgraced Church of England priest has died – just weeks after being jailed for historic sex offences against vulnerable boys and young men.

Canon Terence Grigg, 84, former rector of St Mary’s Church in Cottingham, was convicted of 12 indecent assaults and two other serious sex offences on August 8 after a trial at Hull Crown Court. He was jailed for 12 years the next day.

Grigg, senior canon at York Minster and former member of the General Synod, died in hospital on Sunday, the Ministry of Justice has confirmed. 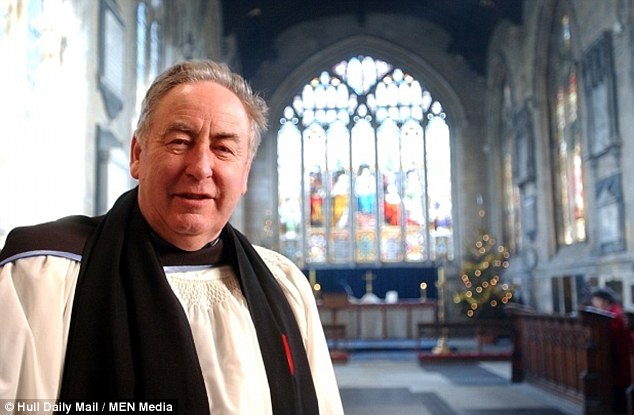 Terence Grigg, former rector of St Mary’s Church in Cottingham, who was convicted of 14 sex offences against four men earlier this month and jailed for 12 years has died in hospital 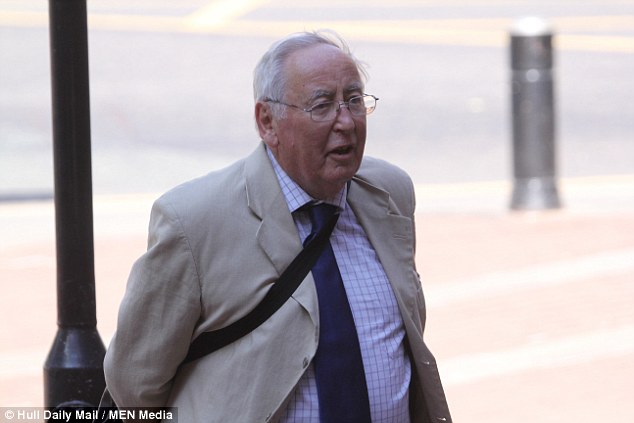 Grigg, pictured, denied a total of 15 charges during an 18-day trial. He was found not guilty of a single count of indecent assault against a fifth man

A spokeswoman said: ‘HMP Hull prisoner Terence Grigg died in hospital on August 26, 2018. As with all deaths in custody, there will be an independent investigation by the Prisons and Probation Ombudsman.’

Grigg committed the offences against four victims in the 1980s and 1990s.

He had denied any wrongdoing but was convicted of 14 offences after an 18-day trial. He was found not guilty of a further charge of indecent assault against a fifth man. All verdicts were unanimous.

Grigg, of Norton, Malton, North Yorkshire, had shown no emotion as the verdicts were delivered and left the dock in handcuffs.

Sentencing him, Judge Jonathan Rose called Grigg a ‘sexual predator’, and said he would have hoped to have been remembered as a man who had devoted his life to the service of God, his communities, for his pastoral work, and as the man spoken of so highly in his character references.

But instead he would be regarded as a ‘man of hypocrisy’ who hid the reality behind the ‘facade’ of his position, the judge said. 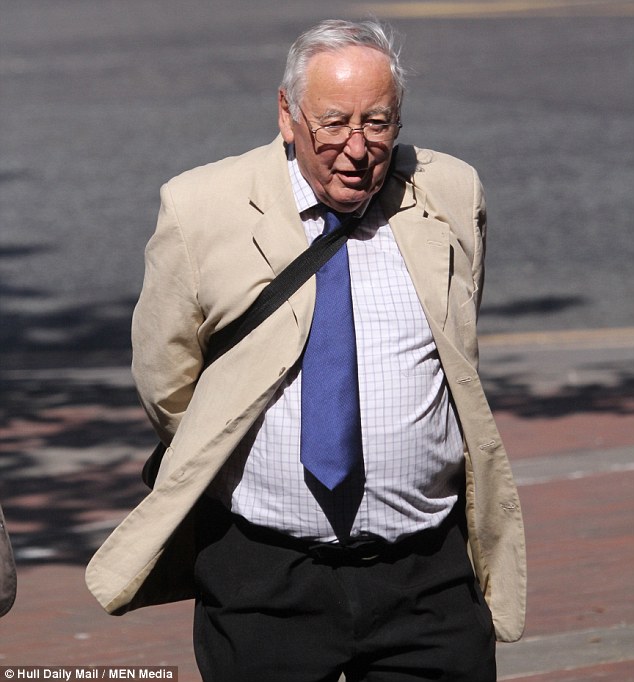 Grigg, was also ordered to sell one of his two homes to pay his victims almost £18,000 in compensation following his conviction earlier this month at Hull Crown Court

Grigg had claimed to be celibate, but was told by the judge he ‘instead sexually abused vulnerable young men of your parish for your own immoral, illegal, perverted gratification’.

All his victims were vulnerable either through age or personal circumstances, and all were groomed. One was aged only ten when Grigg began abusing him shortly after becoming rector of St Mary’s in 1983.

During his trial, it emerged Grigg had a previous conviction from 1951 for ‘conspiracy to corrupt public morals or outrage public decency’, which followed his arrest in a public toilet in London with another man.

As well as being jailed, Grigg was ordered to pay £17,848.67 towards the prosecution costs, which was expected to have forced the sale of one of his two properties in Norton or Devon.

In a statement following his death, the Diocese of York said: ‘As we have learned of the death of Terence Grigg we remain concerned for all those he abused and deceived, for whom this news may stir up strong feelings.

‘The Church constantly reviews the safeguarding procedures and policies now in place to make it a safer place for everyone.

‘We continue to hold those hurt by Terence Grigg in our prayers and offer them whatever support we can into the future.’