SHOCKING video shows the moment a drunk driver who’s barely able to stand is allowed to walk away from a crash.

The Los Angeles Police Department has launched an investigation into how the man was able to stumble away despite hitting several parked cars. 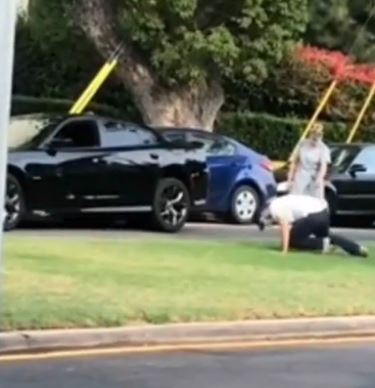 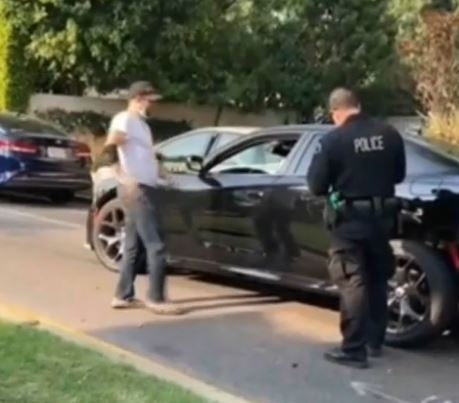 Footage shows the man collapsing to the ground on a grass verge as a cop stands over him.

He then goes over to his car and tries to get back in but officers prevented him from driving off from the scene, at Hillhurst and Los Feliz in Los Angeles.

The man can then be seen sitting down on the ground by an intersection, before weaving his way uncertainly across the road.

The video was shot by witness Katy Wicker, who says she and other bystanders were stunned the man was allow to go free.

“Oh my gosh he was completely intoxicated,” she told Fox11.

"I mean everything that you learn about what a drunk person is like, he showed every sign of that from slurring his words to not being able to stand up straight he couldn’t walk a straight line.” 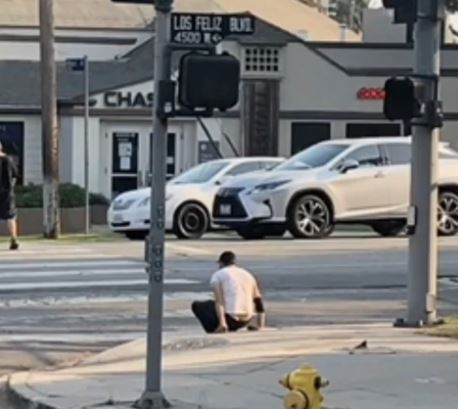 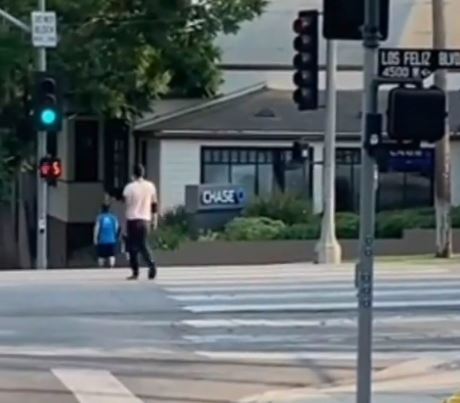 Wicker told CBS knows the owner of one of the damaged cars and said she never once saw an officer give the driver, who was “yelling at everyone”, sobriety test.

“He was yelling aggressive comments at police officers, at the ambulance that was there, at the tow truck driver, and he literally stumbled away,” she said

“We asked him, we asked them why they didn’t provide him a breathalyzer test, and they couldn’t give us any answers.

Initially the LAPD said officers on the scene make the call of whether to conduct a field sobriety test.

The department has now they're investigating what happened in the incident and have launched a personnel investigation into the conduct of the responding officers.