Anna Wintour officially stuck a stiletto in the persistent rumour she'd be stepping down from Vogue this year. 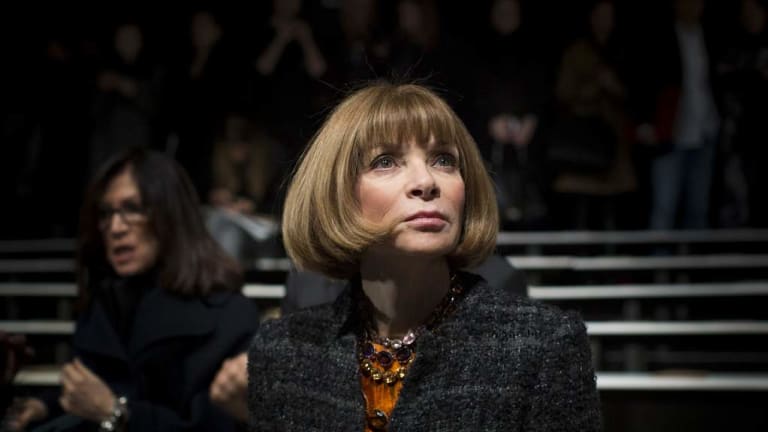 Anna Wintour officially stuck a stiletto in the persistent rumour she’d be stepping down from Vogue this year.

"Anna Wintour is an incredibly talented and creative leader whose influence is beyond measure," he said in a statement to USA Today. "She is integral to the future of our company's transformation and has agreed to work with me indefinitely in her role as Vogue editor-in-chief and artistic director of Conde Nast."

The Wintour rumour mill went into overdrive this week, with the fashion world speculating if this September's coveted cover (said to be Beyonce) would be the editor's swan song.

Last month, Women's Wear Daily noted a sharp uptick in departure talk ahead of the wedding of Wintour's daughter, Bee Shaffer. "Speculation about Anna Wintour's exit from Vogue – and even her possible successor – has reached a crescendo louder than a tea kettle on full boil," the magazine wrote in July.

The wedding, held at Wintour's Long Island home in Mastic, New York, was an event in the fashion world: Shaffer married Francesco Carrozzini, a photographer and the son of Franca Sozzani, the former Italian Vogue editor-in-chief, who died in 2016.

Conde Nast emphatically denied rumors of a Wintour departure at the time.

Wintour, 68, is a renowned fashion force and beloved by a worldwide industry. (Her towering influence was made infamous in the 2006 Meryl Streep comedy The Devil Wears Prada, a film based on a novel written by her former assistant.)

Wintour was born in the UK, and began a career in fashion journalism in Britain before relocating to New York in the mid-1970s. In 1985, she returned to the UK to helm British Vogue, but by 1988, Wintour was installed as the editor of American Vogue. She has held the position ever since.

In 2013, Wintour was elevated to the dual role of artistic director for Conde Nast, Vogue's publisher.

Last year, Queen Elizabeth II made Wintour a Dame Commander of the British Empire, the female equivalent of a knighthood.