You lucky dog! Walter the Hungarian Vizsla survives 150ft fall off cliff and is back home 24 hours after major rescue operation

A dog is on the mend after surviving a 150ft fall off a cliff, sparking a major rescue operation.

Walter, a two-year-old Hungarian Vizsla, lost his footing while being walked by his owner and slipped down the face of Back Tor in the Peak District.

The pooch broke his pelvis and suffered ‘catastrophic’ bleeding, but remarkably survived and was allowed home just 24 hours after the fall following treatment at vets.

His owner Jonathan Rice said: ‘All his Christmases have come at once.’

Walter fell at around midday on Tuesday, December 15, and members of the Edale Mountain Rescue Team were scrambled to the scene. 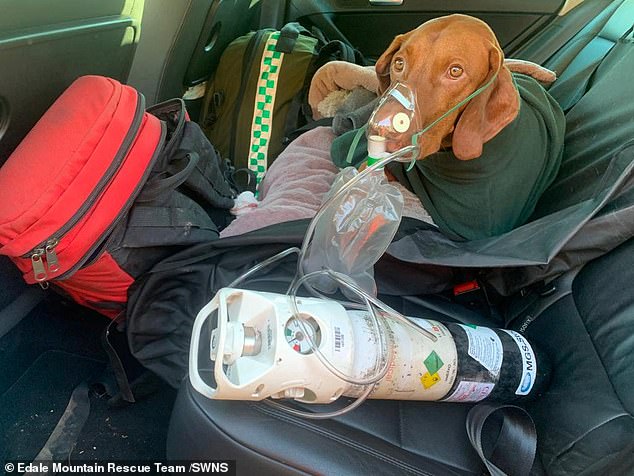 Hungarian Vizsla Walter, two, slipped down the face of Back Tor in Peak District, falling 150ft and breaking his pelvis 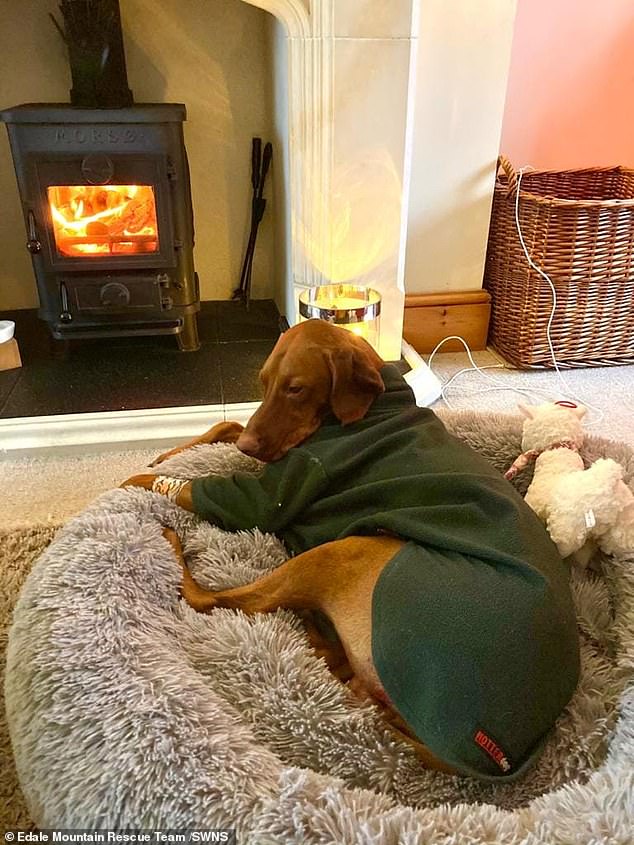 Luckily, Jonathan and three of his pals who he was walking with were able to get Walter up to a ridge track towards the rescuers.

A response vehicle met Walter with a vet on board who gave emergency treatment on the cliff. Walter was then rushed to a vets surgery in Sheffield, South Yorks., for treatment.

Jonathan added: ‘If I was on my own it could have been a different story.

‘He has various injuries including pelvic trauma but he’s alive.

‘As the vet said, all his Christmas had come at once, he’s a very lucky lad.

‘Walter is back home – now there’s something that I thought would not happen.

‘He’s bruised, battered and has staples in that deep wound and broke a bit off his pelvis off.

‘With rest and time to recover the prognosis is to resume a normal crazy life.

‘To survive and be home within 24 hours is amazing.’

A spokesman for the rescue team said: ‘The team leader was local, so was able to respond to the nearest RV to the incident and confirm the location.

‘We had a visual contact with the party and could confirm with them that they were taking the best route off towards our RV.

‘The usual business of dealing with the kit after a call out still needed to be completed and kit was washed and gear replaced according to Covid-19 regulations.

‘We wish Walter a full recovery.’ 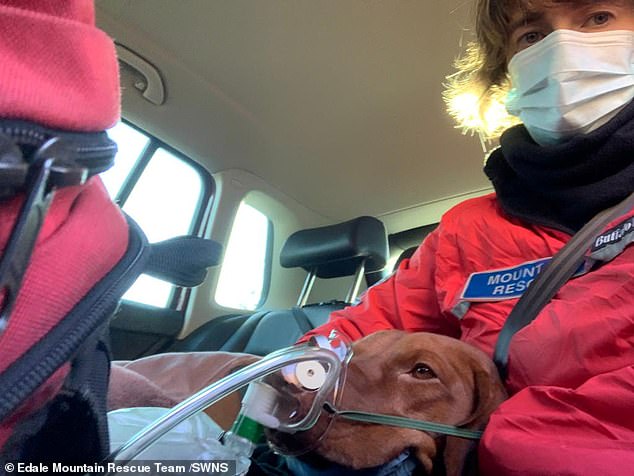 It is hoped Walter will return to normal life soon after he was left bruised, battered and had staples in the deep wound and broke a bit off his pelvis off

Walter was treated by staff at Park Veterinary Hospital in Sheffield, where he was confirmed as having had a lucky escape

A spokesman for the hospital said: ‘Walter was swiftly brought to us and received emergency treatment and x-rays.

‘Miraculously all that was broken was a fragment of his pelvis.

‘He had a wound which was treated and otherwise was just bruised.

‘He stayed in for observations and pain relief and went home the next day.

‘Thank you so much to Edale Mountain Rescue Team for all they do.’