After rejecting a half-billion-dollar settlement, Washington Attorney General Bob Ferguson on Monday took the state’s case against the nation’s three biggest drug distributors to trial, saying they must be held accountable for their role in the nation’s opioid epidemic.

The Democrat delivered part of the opening statement in King County Superior Court himself, calling the case possibly the most significant public health lawsuit his agency had ever filed.

“These companies knew what would happen if they failed to meet their duties,” Ferguson told Judge Michael Ramsey Scott. “We know they were aware of the harms flowing from their conduct because in private correspondence, company executives mocked individuals suffering the painful effects of opioid dependence. … They displayed a callous disregard for the communities and people who bear the impact of their greed.” 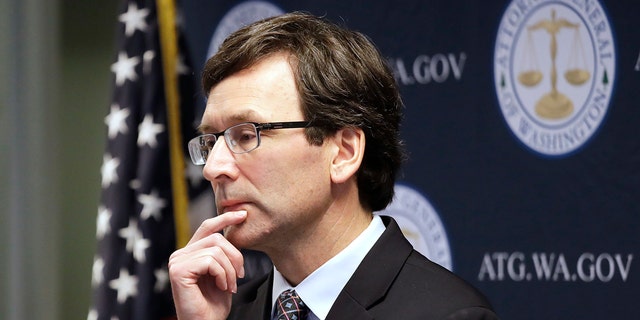 But Ferguson’s legal strategy isn’t without risk, as a loss by three California counties in a similar case this month — and an Oklahoma Supreme Court decision overturning a $465 million judgment against drug manufacturer Johnson & Johnson — demonstrates.

In an email, Ferguson stressed that the relevant Washington laws differ and called the cases “apples and oranges.”

“There is always uncertainty when you take a case to trial,” he said. “However, we feel confident in the strength of our case.”

The attorney general’s office sued McKesson Corp., Cardinal Health Inc. and AmerisourceBergen Corp. in 2019, alleging they made billions off the opioid epidemic by shipping huge amounts of prescription painkillers into the state even when they knew or should have known those drugs were likely to find their way to drug dealers and people suffering from addiction.

Ferguson is seeking a “transformative” payout of tens of billions of dollars from the companies to help undo the epidemic’s damage in Washington state, which includes more than 8,000 deaths from 2006 to 2017 and untold devastation to families. The state wants $38 billion to pay for treatment services, criminal justice costs, public education campaigns and other programs over a 15-year period, plus billions more in additional damages.

The trial is expected to last about three months. 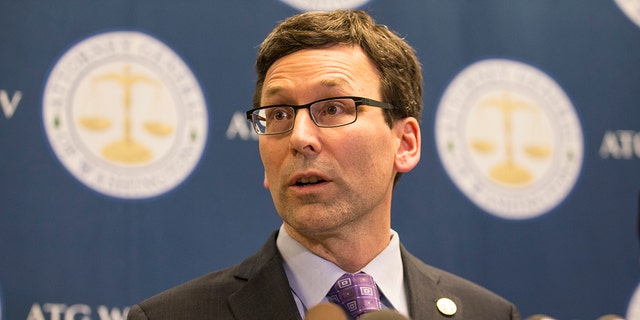 In July, Ferguson rejected a settlement offer of $527.5 million over 18 years as “woefully insufficient.” That deal would have provided about $30 million a year for Washington and its 320 cities and counties to split. Considering inflation over the 18-year payment period, the true value of the settlement was just $303 million, Ferguson said.

The drug companies say that they cannot be blamed for epidemic; they merely supplied opioids that had been prescribed by doctors. It wasn’t their role to second-guess the prescriptions or interfere in the doctor-patient relationship, they argued in a trial brief filed this month.

Further, they argued, Washington state itself played a large role in the epidemic. In the 1990s, concerned that people in chronic pain were being undertreated, lawmakers passed the Intractable Pain Act, which made it easier to prescribe opioids.

“Increased opioid prescribing by well-meaning doctors, supported by the State’s good-faith efforts to spare its residents from pain, in turn resulted in increased opioid distributions,” the companies wrote. “Defendants played no role in changing the standard of care, nor do wholesale distributors have the expertise, the obligation, or the ability to second-guess good-faith medical decisions made by doctors to prescribe opioids.”

Nevertheless, the state argues, the companies had a duty to maintain controls against drug diversion. Instead, they shipped so much to Washington that it was obvious that it was fueling addiction: Opioid sales in Washington rose more than 500% between 1997 and 2011.

In 2011, more than 112 million daily doses of all prescription opioids were dispensed in the state — enough for a 16-day supply for every resident, the attorney general says. In 2015, eight of Washington’s 39 counties had more prescriptions than residents.

“This occurred as a foreseeable result of users’ addiction, particularly for those who could no longer obtain or afford prescription opioids,” the state wrote in its trial brief. “These deaths and other heroin and fentanyl-related harms thus are an integral and tragic part of the opioid epidemic and public nuisance.”

The federal government says nearly a half-million Americans have died from opioid abuse since 2001.

Other opioid trials rooted in public nuisance law are happening before juries in a federal court in Cleveland and a state court in New York. A ruling is expected soon in a trial before a judge in West Virginia. 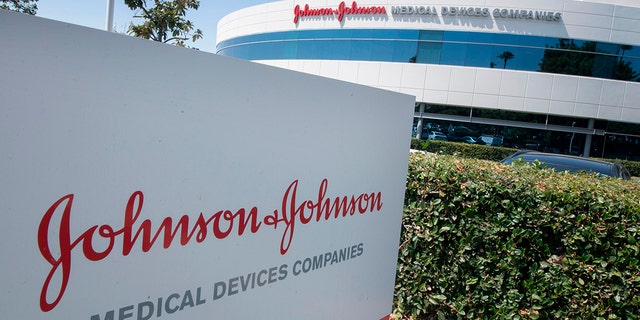 An entry sign to the Johnson &amp; Johnson campus shows its logo in Irvine, California, in August 2019.  The company is facing a lawsuit that is scheduled for trial next year.
(MARK RALSTON/AFP via Getty Images)

Johnson & Johnson also faces a separate lawsuit from Washington state that is scheduled to go to trial next year.

Johnson & Johnson and the three distribution companies have been in the final stages of negotiating a $26 billion in settlements covering thousands of government lawsuits, though it could take months to get final approval.