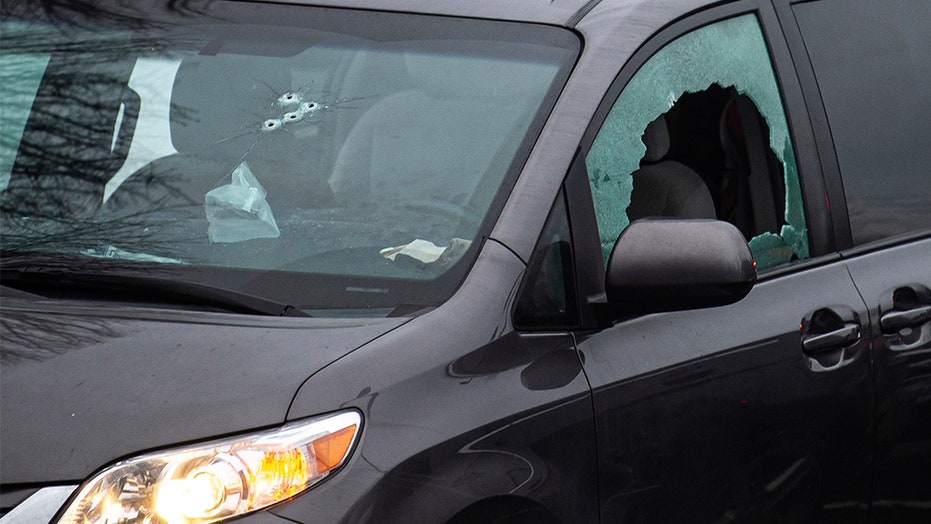 A Washington state woman with a restraining order was shot and killed by her estranged husband while sitting in a minivan with her mother and three young children, authorities said.

“After ongoing domestic violence, abuse and being released on bail, my brother-in-law decided to take my sister’s life into his own hands,” Tabitha Ojeda said on GoFundMe Wednesday, a day after the shooting at an elementary school in Hazel Dell, Wash. “With my mother, sister and three kids in the car he shot through the front windshield and driver’s side.”

Ojeda was the sister of Tiffany Hill and the sister-in-law of Keland Hill, 38. 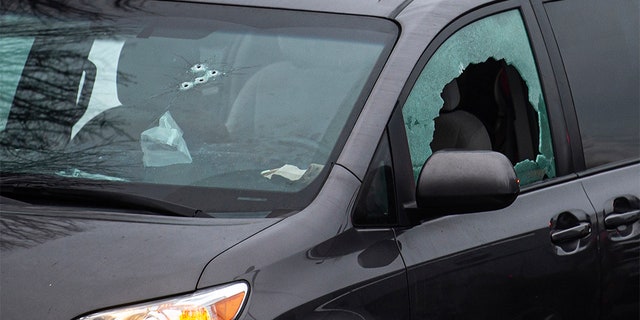 Bullet holes are seen here in the windows of a van in the parking lot of Sarah J. Anderson Elementary School in Vancouver, Wash., following a shooting on Tuesday, Nov. 26, 2019. Authorities say a man shot several people in a Vancouver, Wash., elementary school parking lot and then shot himself after a police chase.
(The Columbian via AP)

Ojeda said her mother had been shot three times and was expected to survive.

After the shooting, Hill led deputies on a short pursuit and then killed himself with a bullet to the head, the Clark County Sheriff’s Office said.

Court documents show a history of domestic violence acts by Hill against his wife, the Columbian newspaper reported.

In the latest incident, on Nov. 7, police arrested Hill on a stalking charge after being accused of affixing a GPS tracker to her car, according to the paper.

A judge increased Hill’s bail in the case to $250,000 on Nov. 15 but rejected a prosecutor’s request for electronic monitoring.

A week later, Hill posted bail and secured his release, the paper reported. On the day of the murder he was granted permission to use a vehicle to go back and forth to work.

“She was a mother, a sister, a daughter, a veteran and did not deserve to go this way,” Ojeda said.