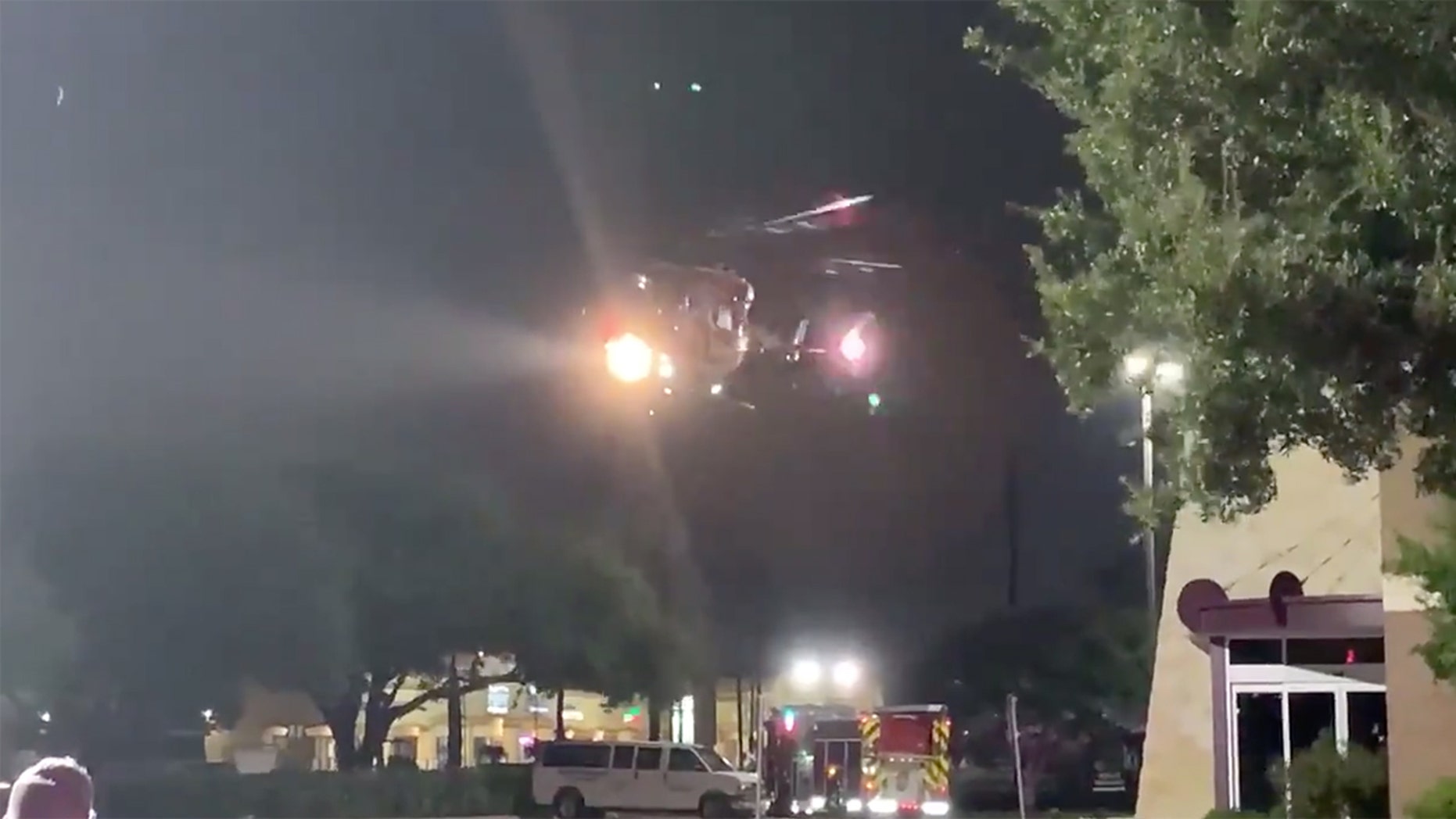 Screen image from video showing groom being airlifted to the hospital after being shot in the chest on his wedding day in Texas.
(Harris County Sheriff’s Office)

A Texas couple’s wedding day ended with a guest shooting the groom in the chest and the bride refusing to cooperate with authorities, according to reports.

It happened at a residence in Harris County Thursday night.

A medical chopper gave the groom a ride to the hospital where he was in critical condition.

“A groom has been shot on his wedding day. Witnesses not cooperating with responding officers,” Capt. John Shannon, who is with the Harris County Sheriff’s Office, said on Twitter.

Investigators said those who were clamming up included the bride, KPRC-TV reported.

Investigators were told that a person who was invited to the wedding got into some sort of altercation with the groom, the station reported. That person then shot the groom and fled the scene.

A woman told the station she was in bed when she heard a loud commotion.