CCTV videos presented as part of an eight day inquest trace Khalid Masood's movements as he prepared for the attack which would kill five people including PC Keith Palmer. 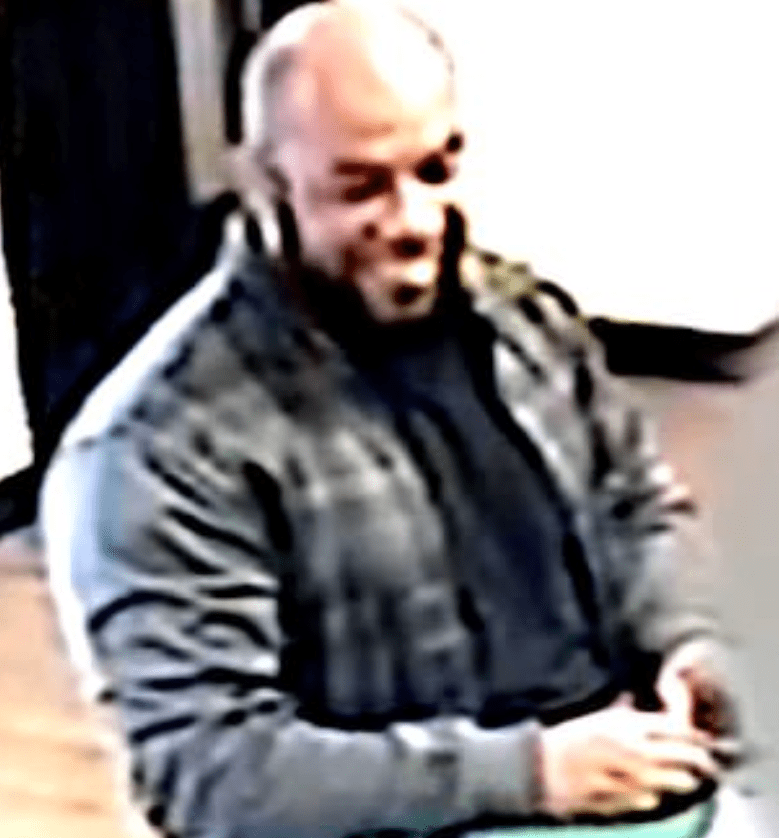 Another video shows his visit to a fish and chip shop for a last supper the night before the March 22 attack.

Footage inside the takeaway in Brighton shows the 52-year-old standing by a television with images of the Palace of Westminster on it, only hours before he drove a hired car across Westminster Bridge, mowing down pedestrians.

On March 9, images show his visit to a Tesco store in Birmingham where he bought knives. 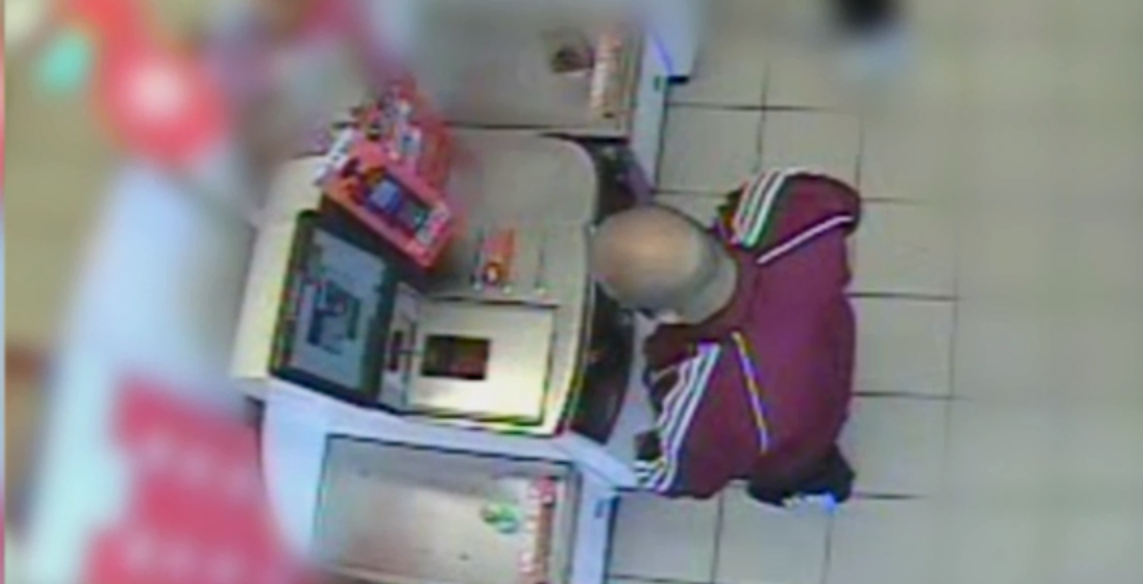 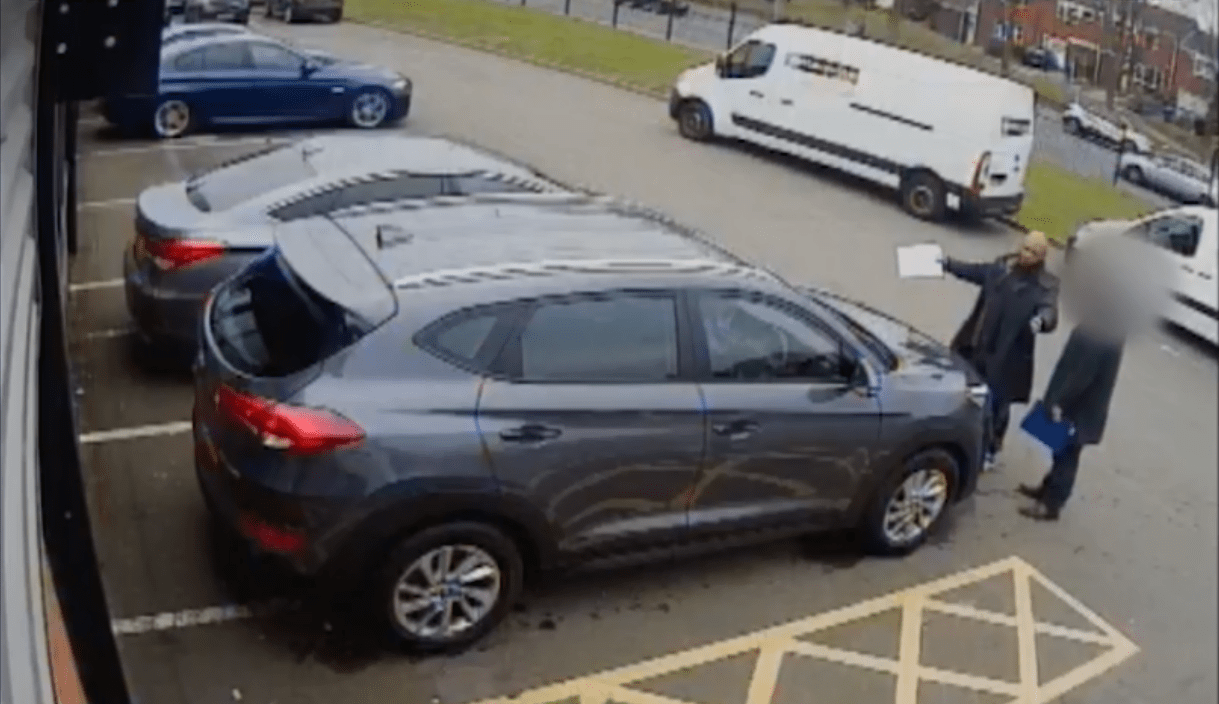 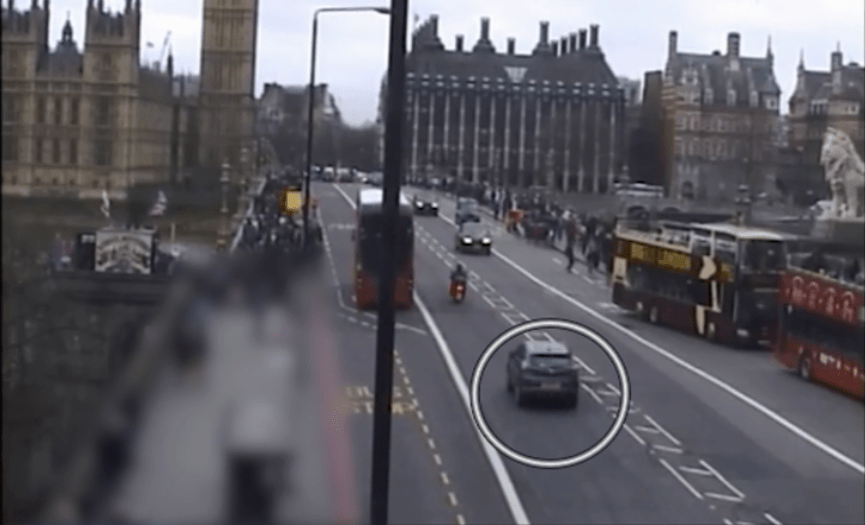 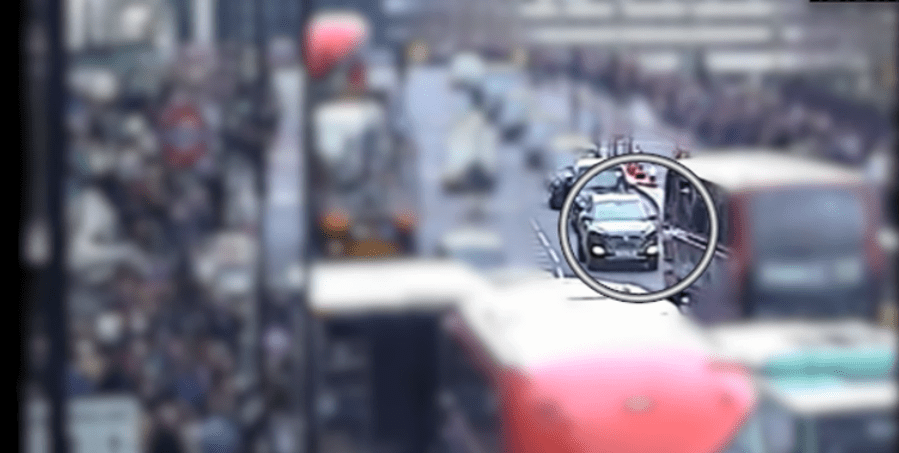 A week later, he picked up the keys to a Hyundai Tuscan at Enterprise Rent a Car in Birmingham and drove off.

Two days after that, he carried out reconnaissance, driving down Westminster Bridge.

Between March 18 and 21, the footage reveals he stayed at the Days Inn Hotel at Cobham services.

He is shown on tape laughing and smiling with reception staff.

After checking out, he travelled on to Brighton where he visited Sainsbury's before the fish and chip shop. 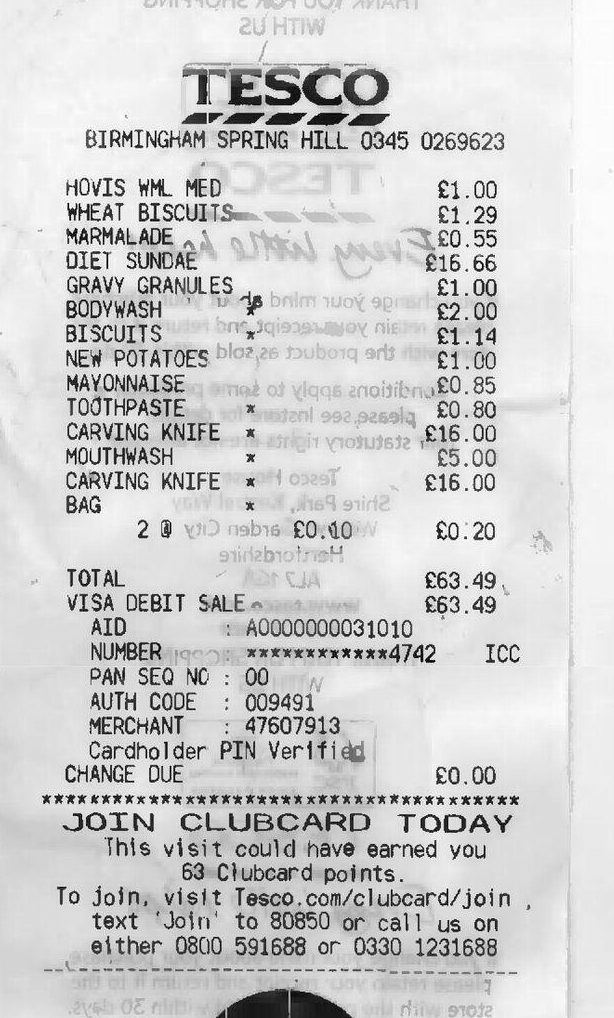 On the morning of the attack, he searched the internet for Prime Minister's Questions before carrying out a second recce near Westminster.

He returned later, using the car park at St Thomas' Hospital before moving into the bus lane on the bridge poised for attack at 2.38pm. 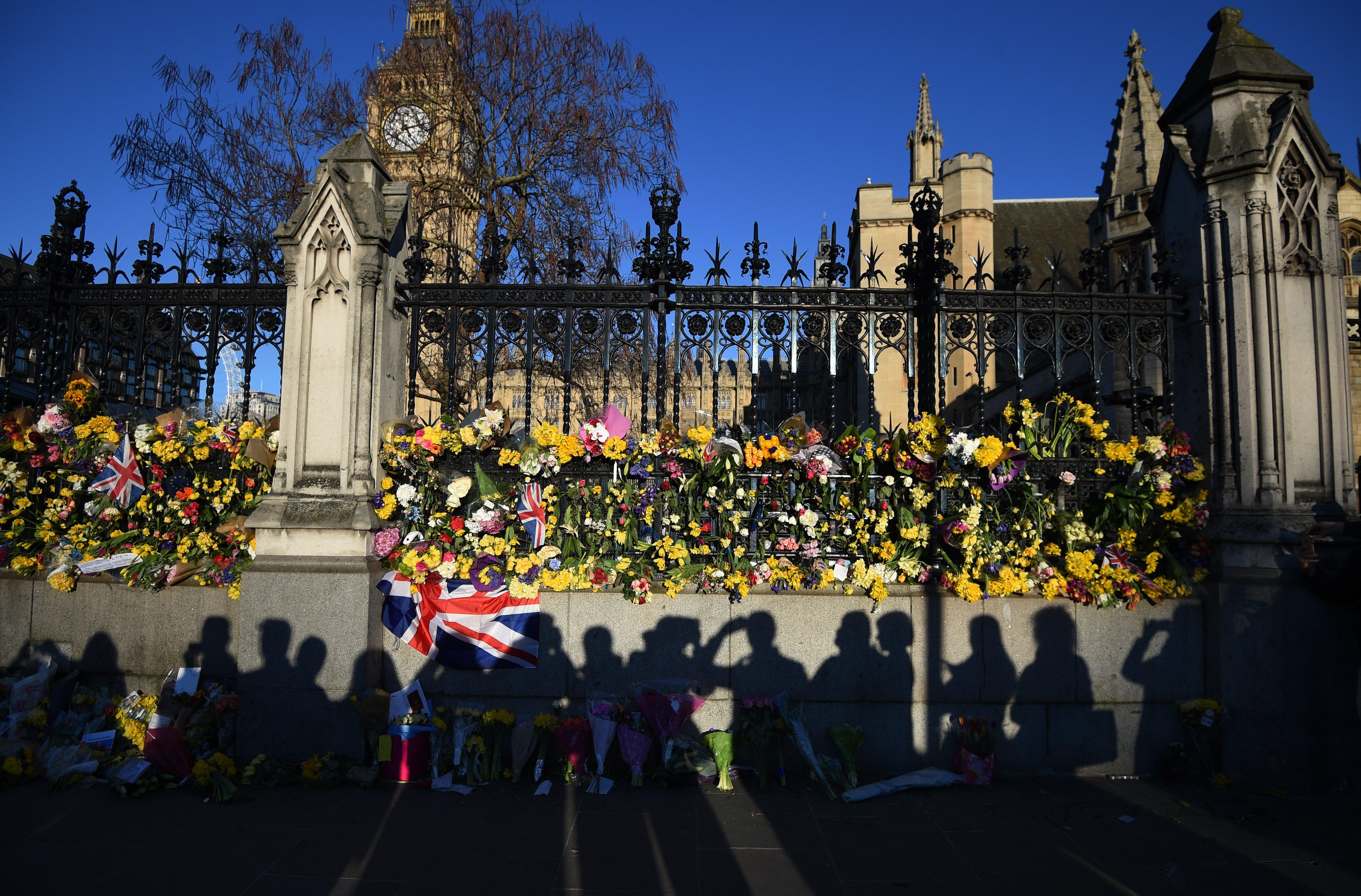 The inquest heard he had previously talked to his children about Donald Trump and Theresa May, describing the "racism and rudeness" of the US president and accusing the Prime Minister of being a "liar" and "sick".

The court was told the attack came amid a failed attempt to target Westminster with knives and a foiled plot to murder Mrs May.

It has been revealed the mother of Masood was worried he would kill someone in a fit of rage.

The inquest into last year's attack at the Houses of Parliament heard how Masood's own family were concerned for him – and that he was linked to a string of other violent incidents.

His mother had told police he was an angry person who would go looking for a fight.

And she said he often went out on booze-fuelled benders and she was worried he would kill someone in a fight.

As a kid he was also violent, his step brothers claimed.

Masood was shot dead by armed police minutes after he mowed down innocent pedestrians on Westminster Bridge last March. 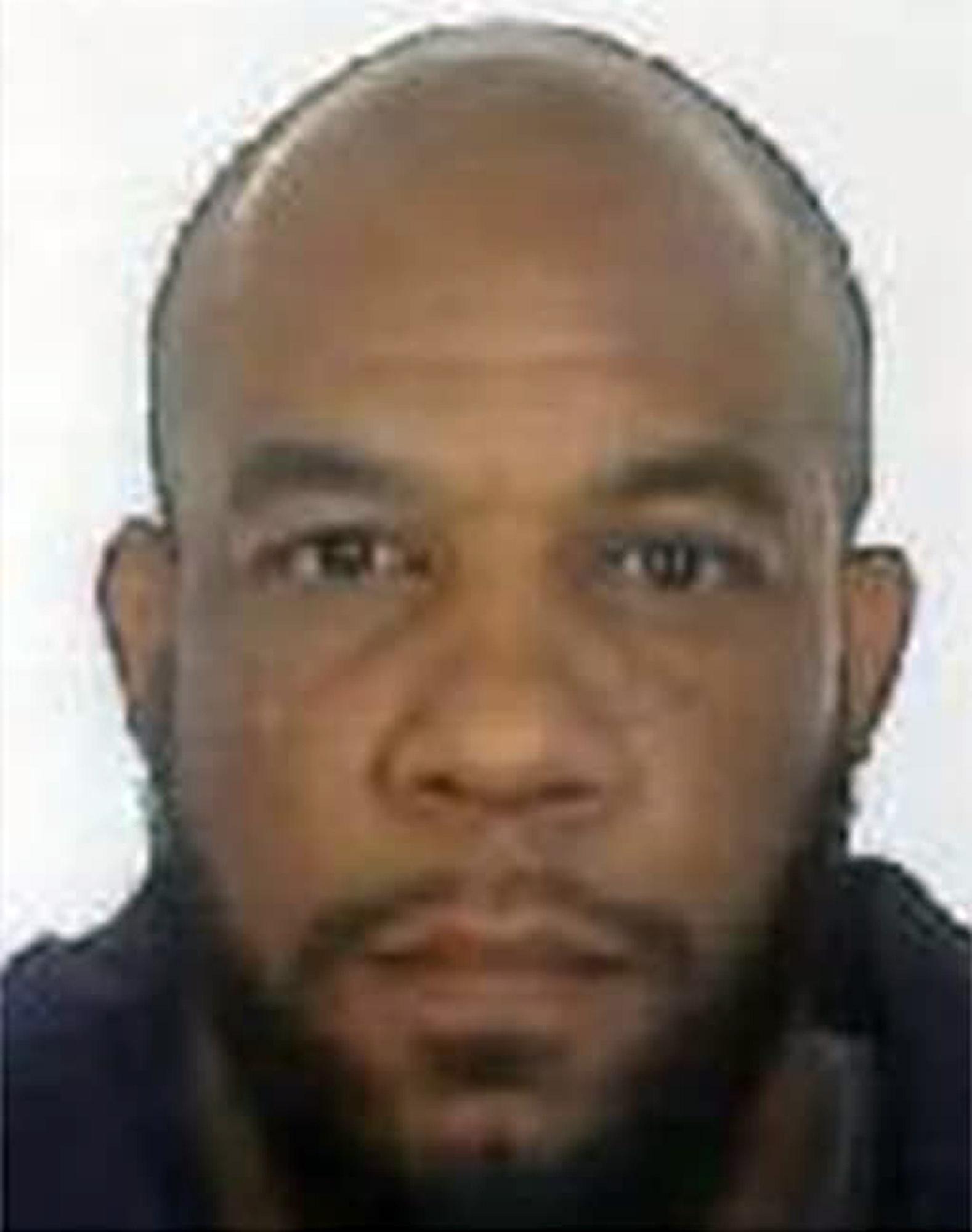 The court were told by DCI Dan Brown, a counter terrorism officer, that he had been involved with a string of other violent attacks and run-ins with the law.

One victim was stabbed in the face so hard a knife broke off, and another had their collar bone fractured by him.

He was repeatedly arrested for criminal damage, possession of an offensive weapon, and threatening behaviour – and attacked cops too.

Masood's second wife cited his anger issues as part of the reason they separated.

While he was in prison he converted to Islam, he wrote on a dating website. 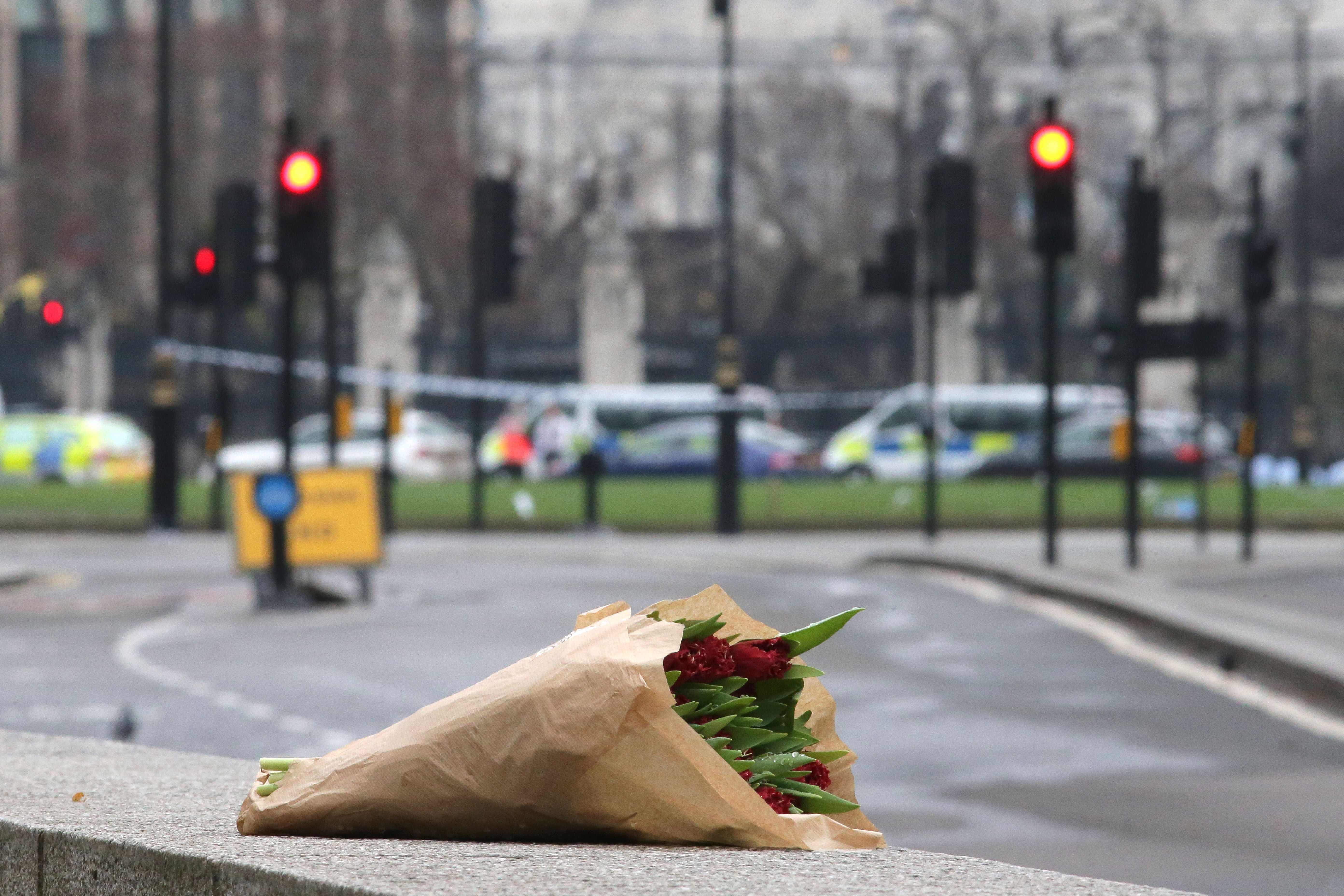 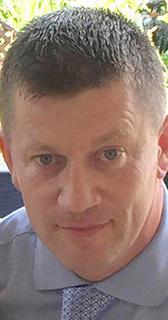 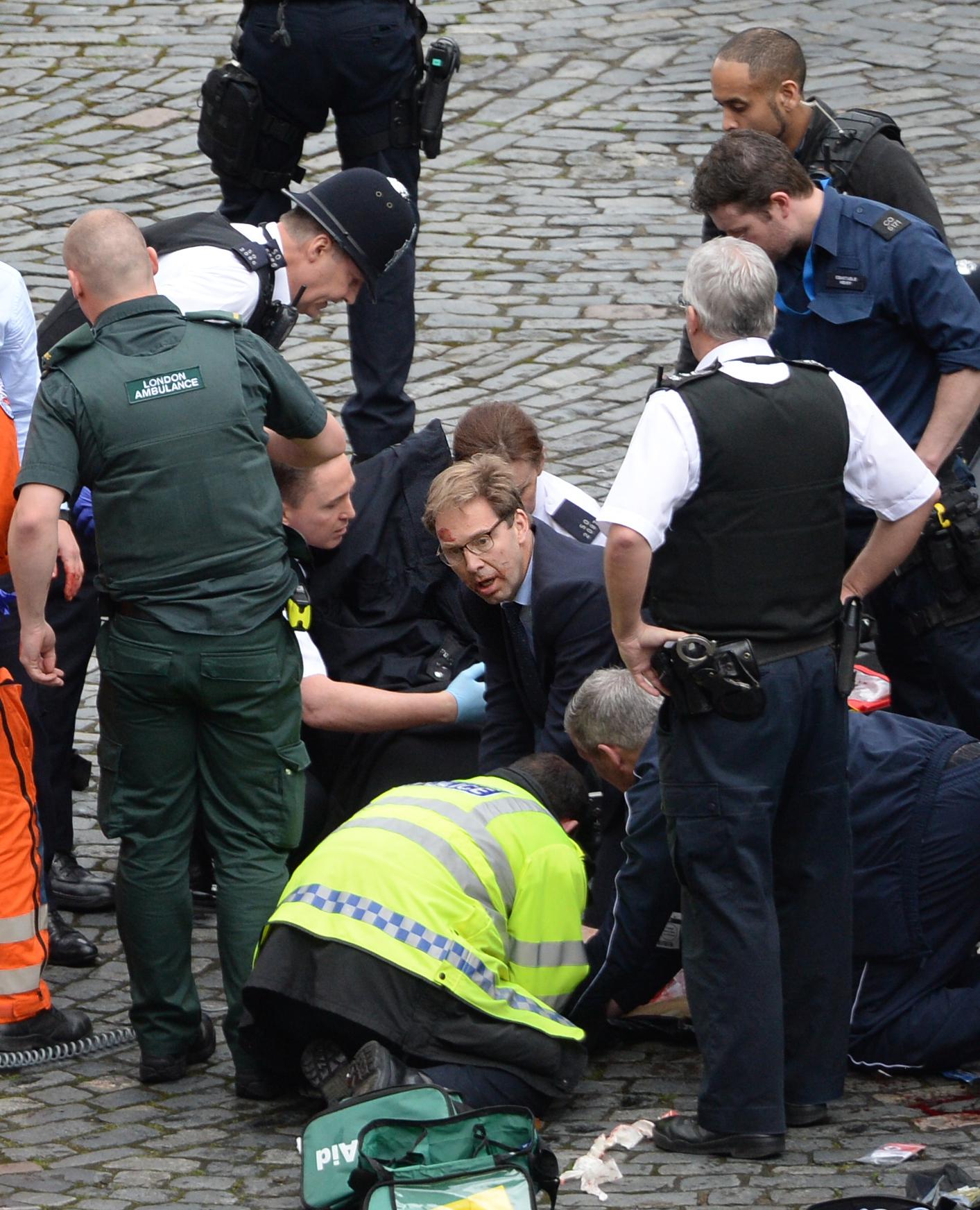 Yesterday the court heard that Westminster security system had failed brave PC Keith Palmer, who was killed by Masood at the entrance to Palace of Westminster.

Three armed guards had fixed posts at carriage gates in the past, but at the time of the attack they had been replaced with roving patrols.

"All the family want is to have an opportunity to put questions to see whether or not the failures in the system would have made a difference," Susannah Stevens, representing the family, said.

And earlier this week hero MP Tobias Ellwood told of how he closed PC Palmer's eyes and told him "I'm sorry" after he couldn't save his life.

The Tory MP held back tears as he recounted his efforts to save the brave cop.

The inquest is expected to last five to six weeks.