The ex-Chicago Bears linebacker took issue with NBA players who refused to play after Jacob Blake, 29, was shot four times in the back by police in Kenosha, Wisconsin. 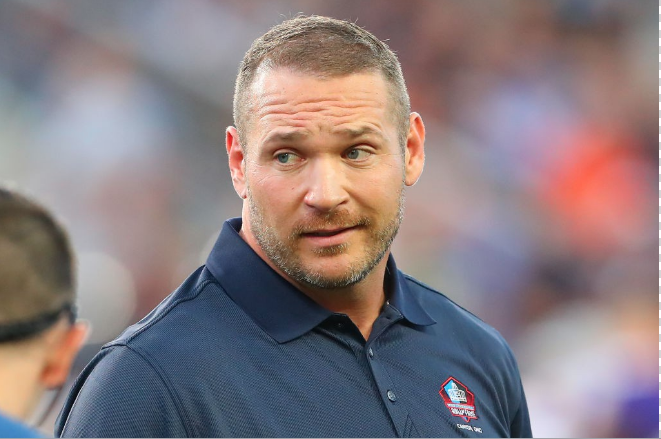 Who is Brian Urlacher?

He is a former American football linebacker who played for the Chicago Bears NFL team for the duration of his 13-year long career.

The Bears selected Urlacher with the ninth overall pick in the 2000 NFL Draft.

After winning the NFL Rookie of the Year Award in 2000, he was elected to eight Pro Bowls, and won the NFL Defensive Player of the Year award in 2005.

Urlacher has a short stint as a pundit for Fox Sports 1 after he retired from professional football. 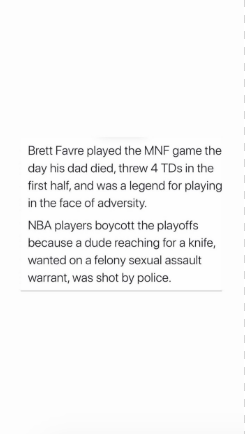 What did Brian Urlacher say about Jacob Blake?

Urlacher criticised NBA players for standing up against police brutality.

He compared their current boycott, in protest of Jacob Blake’s shooting, with the time former Green Bay Packers quarterback Brett Favre decided to play a fixture on the same day his dad passed away.

Taking to Instagram, Urlacher wrote: "Brett Favre played the MNF game the day his dad died, threw 4 TDs in the first half, and was a legend for playing in the face of adversity.

"NBA players boycott the playoffs because a dude reaching for a knife, wanted on a felony sexual assault warrant, was shot by police."

Rittenhouse fatally shot two protesters and seriously injured another in Kenosha on Tuesday (25 August, 2020), who were protesting against police brutality.

How have the Chicago Bears responded to Brian's posts?

Following the comments, the Chicago Bears have released a statement seeking to distance themselves from Urlacher's comments.

It wrote: "The social media posts in no way reflect the values or opinions of the Chicago Bears organization."