Home » World News » What do negative interest rates mean for you?

What do negative interest rates mean for you? How the Bank of England’s plan to boost the economy will impact your finances

The Bank of England has paved the way for negative interest rates – meaning savers could be charged to keep their money in a bank.

The central bank yesterday moved a step closer to cutting borrowing costs below zero to boost the economy after it asked lenders how they would cope.

Deputy governor Sam Woods has written to the bosses of financial institutions across the UK to ask them what steps they would need to be ready.

Mr Woods stressed that this does not mean that the Bank will ’employ a zero or negative rate’, but said it needed to be ‘operationally ready’.

The idea of the controversial policy, which has been used in Japan, is to penalise the hoarding of cash and encourage spending. MailOnline looks at what it means: 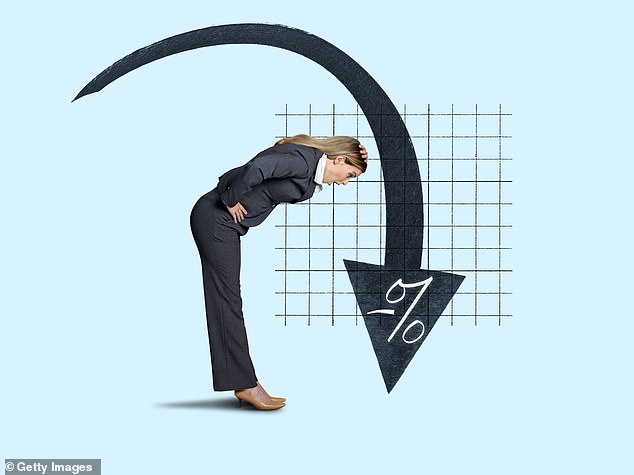 What is the idea of a negative interest rate and how would it work?

The concept of negative interest rates is to encourage banks to increase lending because the Bank of England will charge them to hold their cash.

Commercial banks would have to hand over fees for any money they keep at the Bank of England, above the minimum they must keep aside for safety reasons.

The idea is that this will then encourage banks to lend more money, which would be expected to fuel growth in the economy.

However the impact this would have on borrowers and savers is uncertain because it would depend on how the banks would react.

Has this ever happened before?

The policy has used in other countries including Japan, Denmark and Sweden and has also been adopted for years by the European Central Bank.

The Bank of England has never turned interest rates negative in its 326-year history but it is now exploring all options to bolster the reeling economy amid the crisis.

Will you have to pay to put money into your bank account?

Savers could in theory be charged to keep their money in a bank, although this has not happened in other countries which have brought in the policy.

Families and households are therefore unlikely to have to pay to have their money in a savings account, but any interest rate offered would be expected to fall.

However experts have warned that customers being charged to pay into their account is a possibility if the policy is introduced in the UK.

Former pensions minister Baroness Altmann said: ‘There is a real risk that people will have to pay to keep money in cash. We’ve reached the point when people may will give up saving and say ‘I might as well have a flutter’. Which is terrible.’

Banks would also be concerned that charging people to deposit money would lead to a huge consumer backlash.

Anna Bowes, of advice website Savings Champion, said banks could start to charge savers in the way that some current accounts charge a fee.

However, she said there would likely still be ‘plenty’ of providers keen to raise money from savings customers. 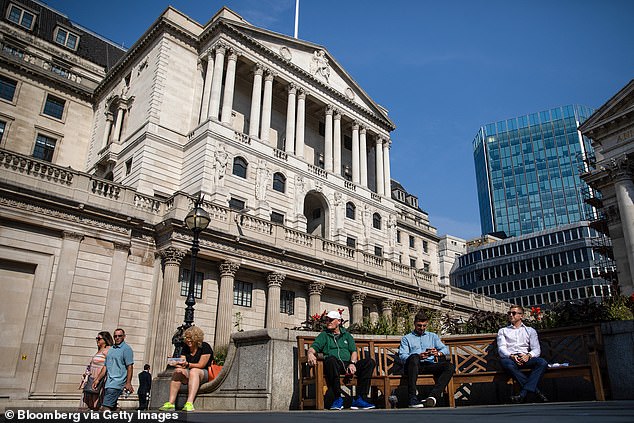 Could your savings interest rates fall even further?

Savers have already seen returns on cash fall to record lows after Bank of England cut the base rate of interest to 0.1 per cent during the coronavirus crisis.

Many are receiving next to nothing, with some easy access savings accounts paying as little as 0.01 per cent.

Eleanor Williams from Moneyfacts said: ‘Should we move into the territory of negative interest rates, there is the potential that we could see savings rates fall further and possibly holding accounts that charge in the future, and even some savings accounts could go down this route – a little like how some current accounts charge a fee.’

How would negative interest rates affect your mortgage?

Negative rates should provide relief to struggling borrowers, who could see the interest payments on debts such as mortgages fall.

Those with tracker mortgages could see a fall in their monthly repayments, but most households are on fixed rate mortgages so their repayments would not change.

And many variable-rate mortgages have clauses in the small print saying interest payments will never fall below zero.

In other countries there have been cases of below-zero mortgage rates, including a home loan charging minus 0.5 per cent in Denmark.

The Danish bank does not pay borrowers a cheque in interest payments every month, but instead knocks the amount off the debt.

For example, on a £100,000 mortgage the debt would fall by £500 in the first year even with no repayments. However, this is unlikely to happen in Britain. 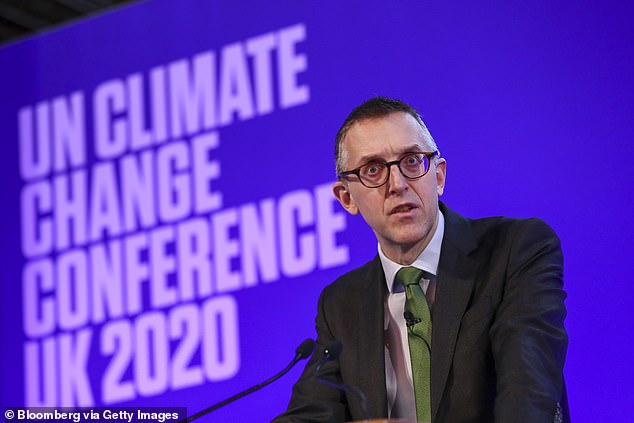 Will it draw people to invest in shares instead?

He said: ‘A rate cut will be another body blow for savers who are already struggling to get a decent rate.

‘Indeed, getting any kind of return at all on your money may become all but impossible unless you are willing to take some stock market risk.’

What is the Bank of England doing now?

Bank of England deputy governor Sam Woods has written to the bosses of financial institutions across the UK to ask them what steps they would need to be ready.

Mr Woods stressed that this does not mean that the Bank will ’employ a zero or negative rate’, but said it needed to be ‘operationally ready to implement it in a way that does not adversely affect the safety and soundness of firms’.

He added ‘we recognise that a negative policy rate could have wider implications for your firm’s business and your customers.’

Has the concept been suggested in Britain before?

Lenders have been braced for the possibility that rates may go below zero since May, when the Bank of England governor Andrew Bailey confirmed for the first time that negative interest rates were actively being reviewed.

Since then there have been mixed signals from various Bank of England officials about whether they are actually on the horizon.

Last month Mr Bailey played down the prospect of them being introduced, saying just because negative interest rates were now part of its ‘tool kit’ it did not mean they would be introduced.

But he also warned last week that the recovery is stalling and that the Bank stands ready to do more if needed – having already pumped £300billion into the economy through quantitative easing.

What are the Bank of England’s concerns?

The Bank of England is worried that banks’ IT systems – which have been prone to problems in recent years – would be unable to cope with negative interest rates as they are not set up to deal with them.

It is also concerned that sub-zero rates would squeeze banks’ profits at a time when they are already braced for billions of pounds in losses from bad loans due to the Covid-19 pandemic.

Banks and financial institutions have been asked to respond with answers on costs, technology requirements and details of potential consequences by November 12.