Home » World News » Who is Kim Jong-un’s sister Kim Yo-jong and will she take over North Korea? – The Sun

KIM Yo-jong is Kim Jong-un's younger sister, and is now thought to be next in line to take over the country since the Supreme Leader is in a coma.

North Korea is now preparing to hand over power to Kim Jong-un's sister, according to an ex-diplomat. 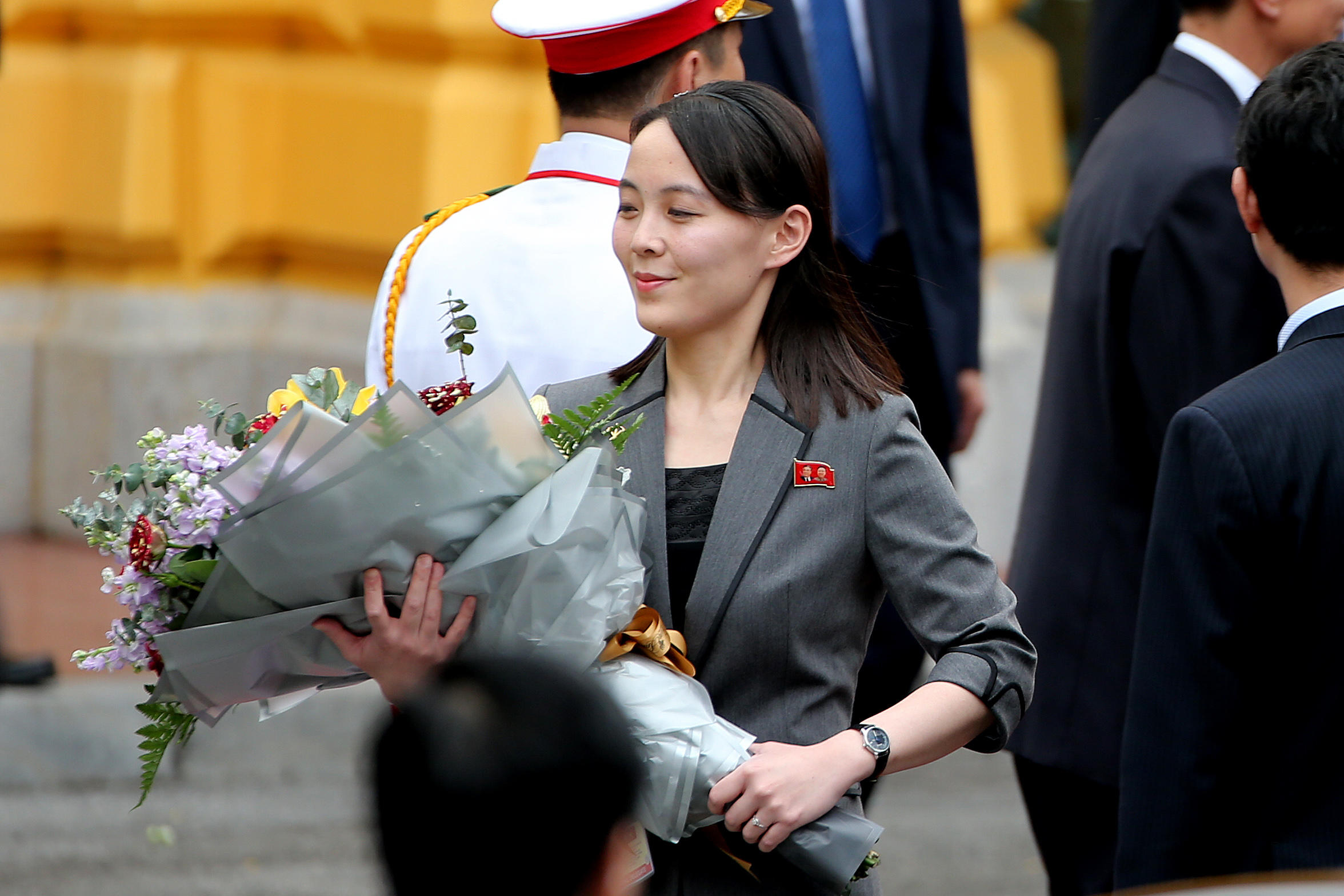 Who is Kim Yo-jong?

Kim, 32, was born in September 1987, the daughter of North Korean dictator Kim Jong-il.

She is said to have had a close relationship with brother Kim Jong-un from an early age.

Both studied together in Switzerland between 1996 and 2000 with each depending on the other for company and support during those isolated years.

North Korea is now reportedly preparing to hand over power to Kim, since Kim Jong-un is in a coma.

An ex-aide to late South Korean president Kim Dae-jung believes the rogue state is hiding the truth about their leader's health. 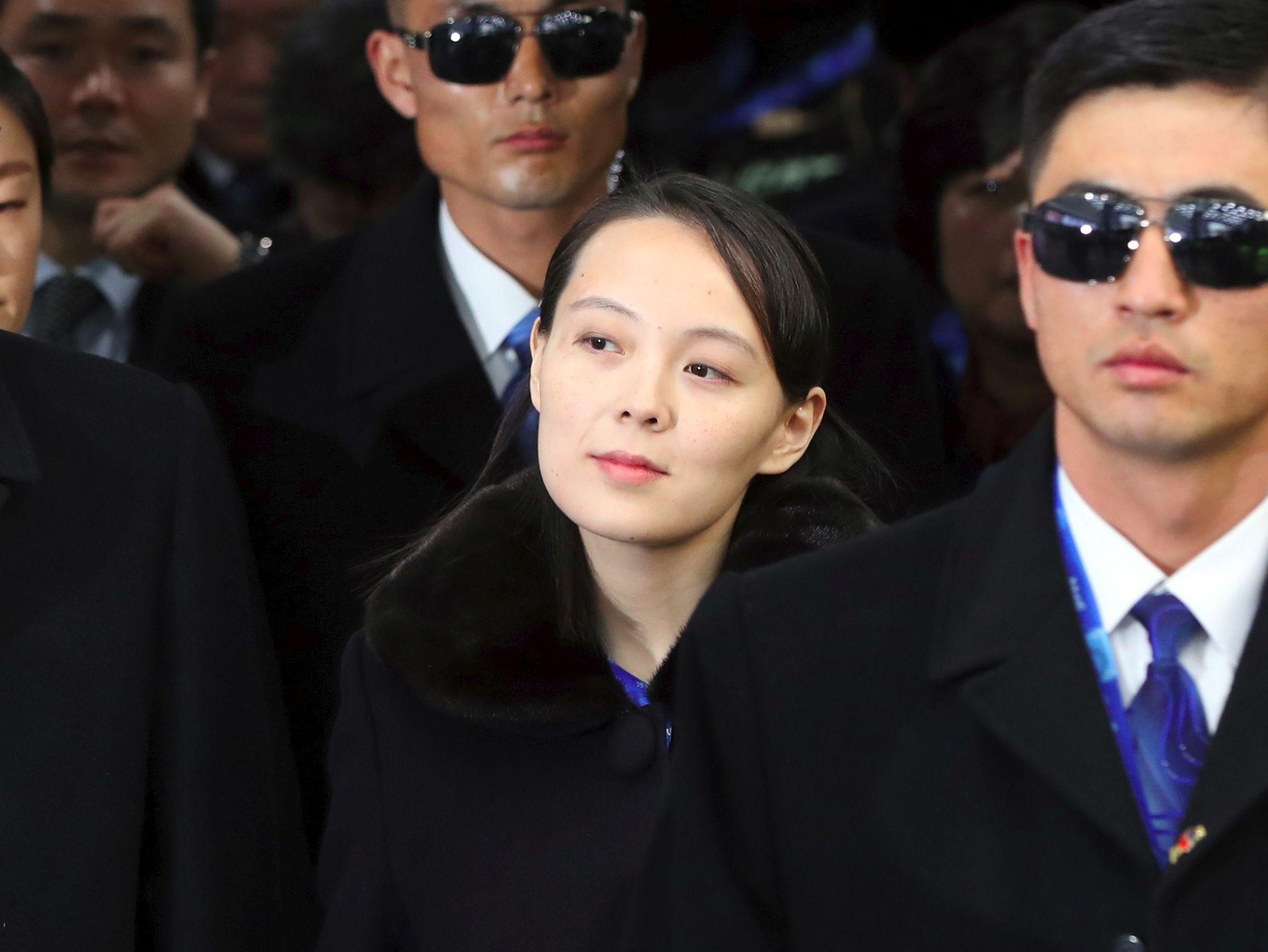 Speaking with local media, Chang Song-min said: “I assess him to be in a coma, but his life has not ended.”

North Korea has reportedly handed over some powers to the dictator's sister Kim Yo-jong.

Chang added: “A complete succession structure has not been formed, so Kim Yo-jong is being brought to the fore as the vacuum cannot be maintained for a prolonged period.”

Kim is married to Choe Song, the son of top North Korean military official and politician Choe Ryong-hae, and has at least one child born in May 2015.

During the Winter Olympics, it was reported she was pregnant with her second child. 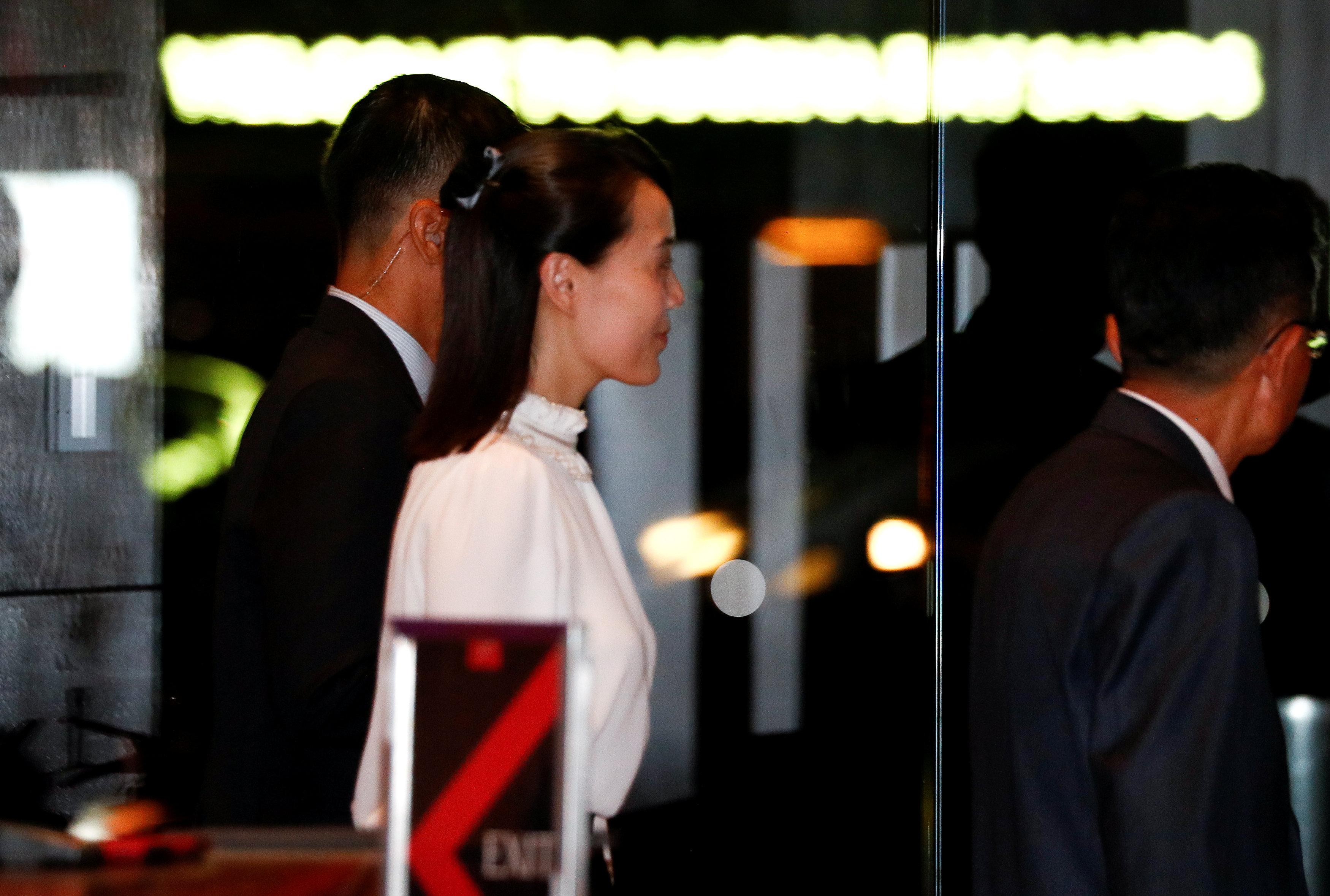 She was very rarely seen in public until 2010, when she was photographed at a party conference, but became prominent in the lead up to her father's death in 2011.

She is thought to have helped arrange her brother's succession to Supreme Leader.

Her first job title given in a state news address was a "senior official" of the ruling Workers' Party Central Committee.

In 2014, In November 2014, Yo-jong was named First Deputy Director of the Workers Party's Propaganda and Agitation Department.

She accompanied her brother during elections the same year, signalling her increasing importance in the hermit kingdom.

She was made a member of the politburo, the party's most senior ruling committee, in 2017, giving her even greater power including over state security.

In 2018, she represented North Korea and her brother at the Winter Olympics in Pyeongchang, South Korea. 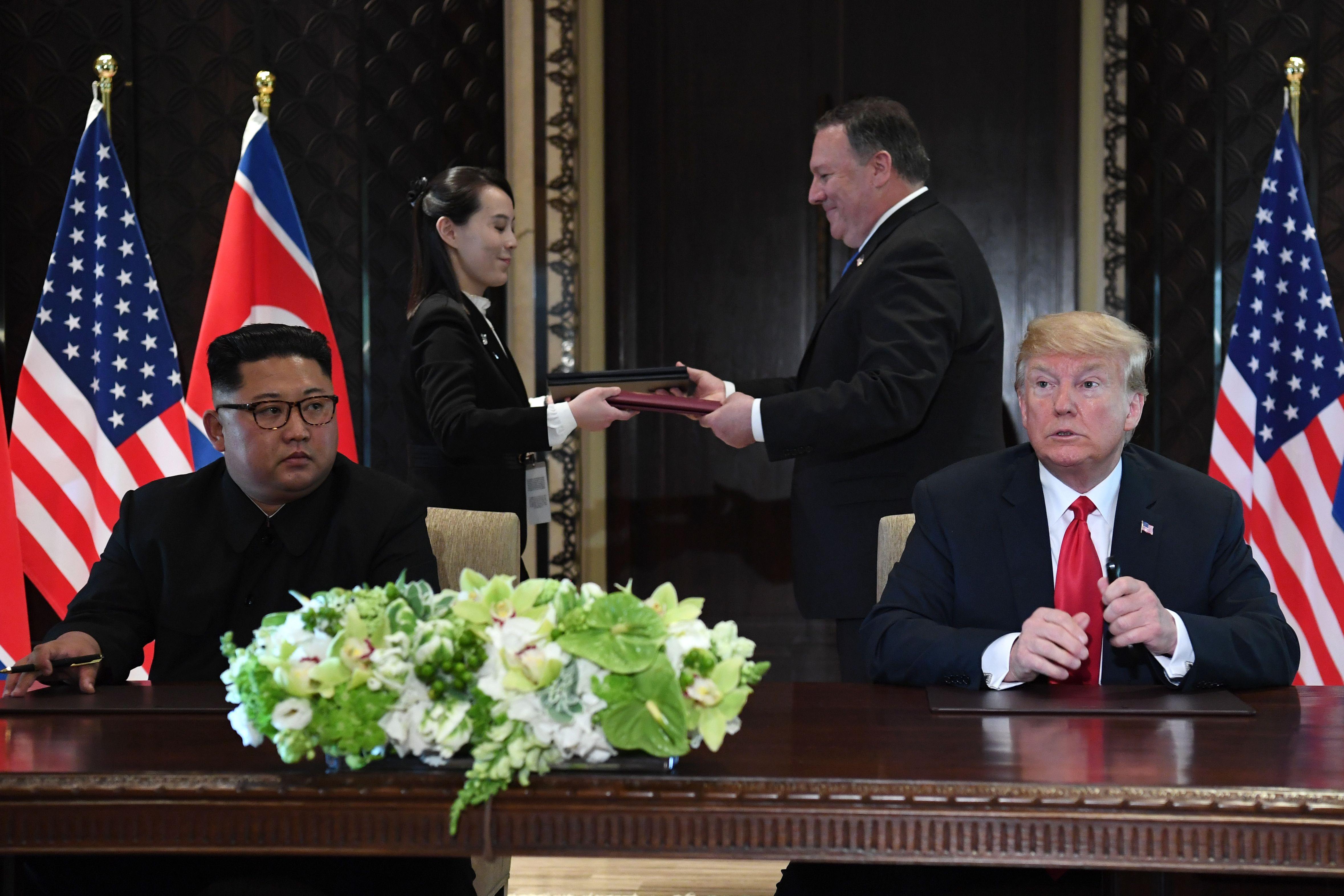 Later that year, she attended the Singapore summit on June 11 between Donald Trump and the North Korean leader.

The dictator's sister was spotted at the signing between the two leaders stepping up to swap a pen which had been provided to sign the agreement.

But she was then demoted in 2019, after she was held responsible for the failure of the Hanoi Summit, which saw Donald Trump scrap denuclearisation talks.

At the 2019 North Korean parliamentary elections, Kim Yo-jong was elected to the Supreme People's Assembly as a representative for Killimgil.

In early April 2020, she was reinstated to the party’s powerful politburo according to the state Korean Central News Agency.

She has had a remarkable return to favour after falling out of grace with her brother following her removal from the role in 2019 and ordered to keep a low profile.

She is now thought to be the mastermind behind Kim’s public image, both at home and abroad and is believed to have the full confidence of her brother Kim who is said to have had his own uncle executed for treason.

She has also publicly praised US President Donald Trump for sending Kim Jong-un a letter in which he said he hoped to maintain good bilateral relations and offered help in dealing with the coronavirus pandemic.