A CHAOTIC video showing NYPD officers, some in riot gear, arresting a group of protesters in the middle of people dining in the West Village has been published on social media.

Some individuals were later charged with offenses including disorderly conduct, but the video has shocked viewers due to the rough handling of the peaceful protesters, who were standing still on the sidewalk. 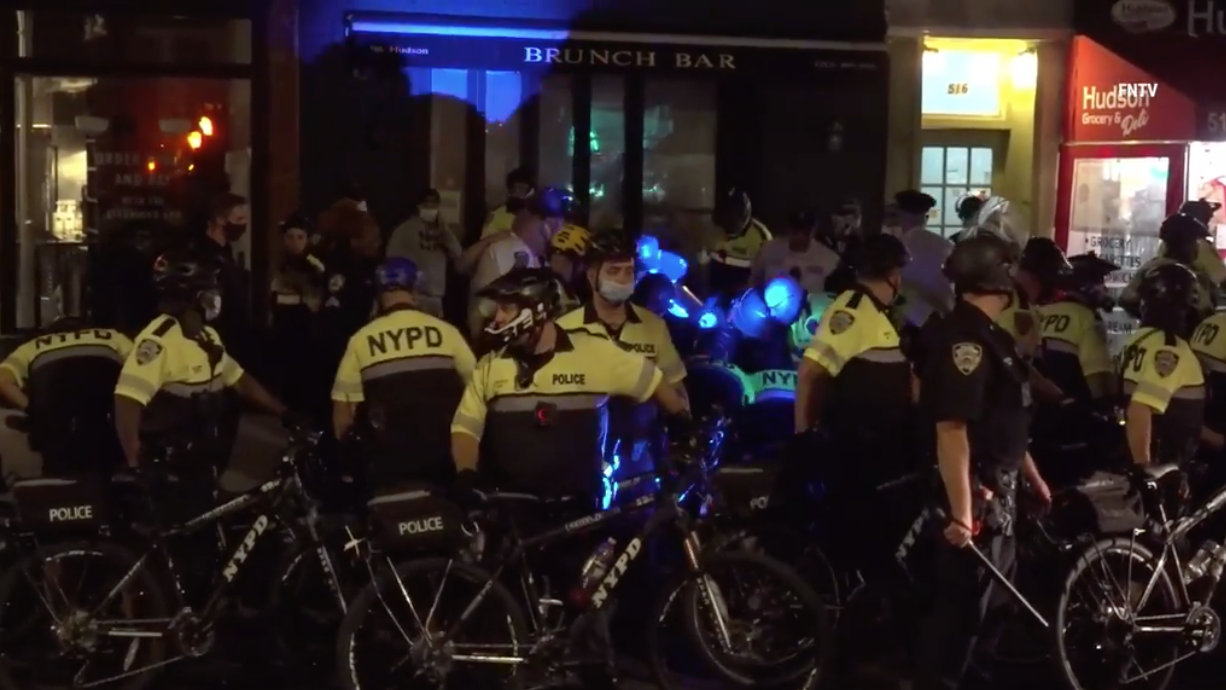 The incident happened on Hudson Street, near 10th street, on Saturday around 9pm.

An automated voice can be heard over a police loudspeaker warning that the protesters were violating New York State penal law as they were restricting pedestrian or vehicular traffic.

As the message was being played to the protesters, who were stood stationary on the curb next to a group of al fresco diners, a cop dressed in riot gear runs across the road and tackles a protester to the ground.

Immediately after, numerous other cops follow and the crowd disperses quickly. 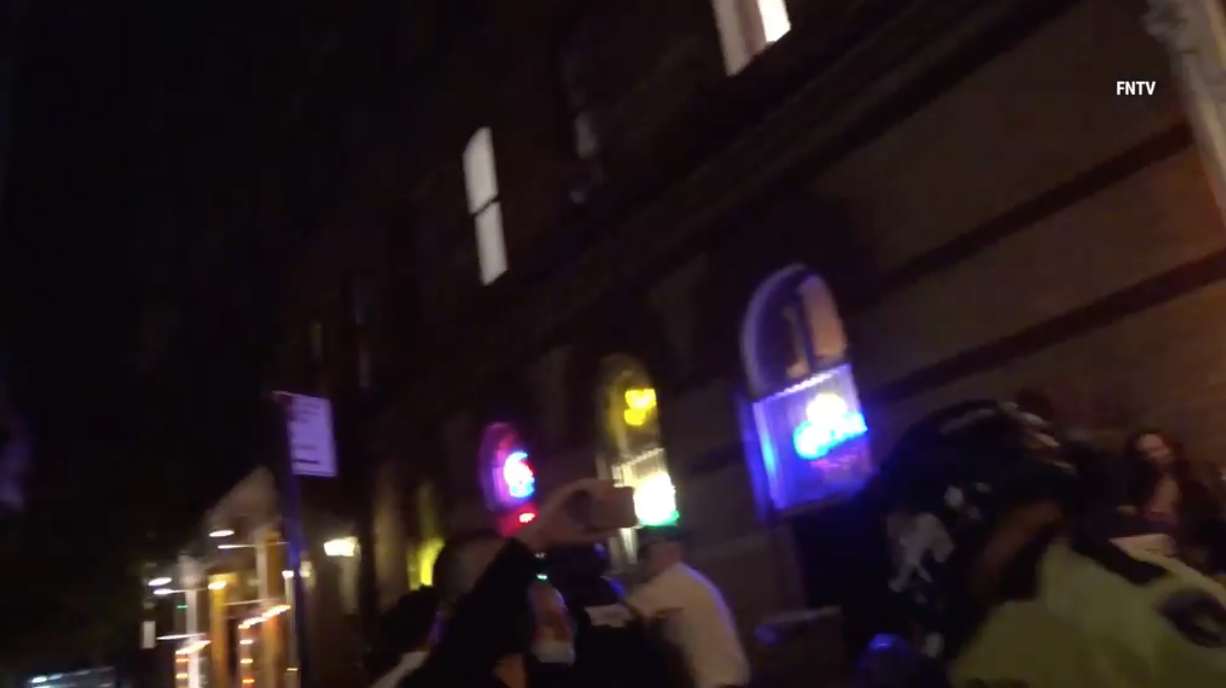 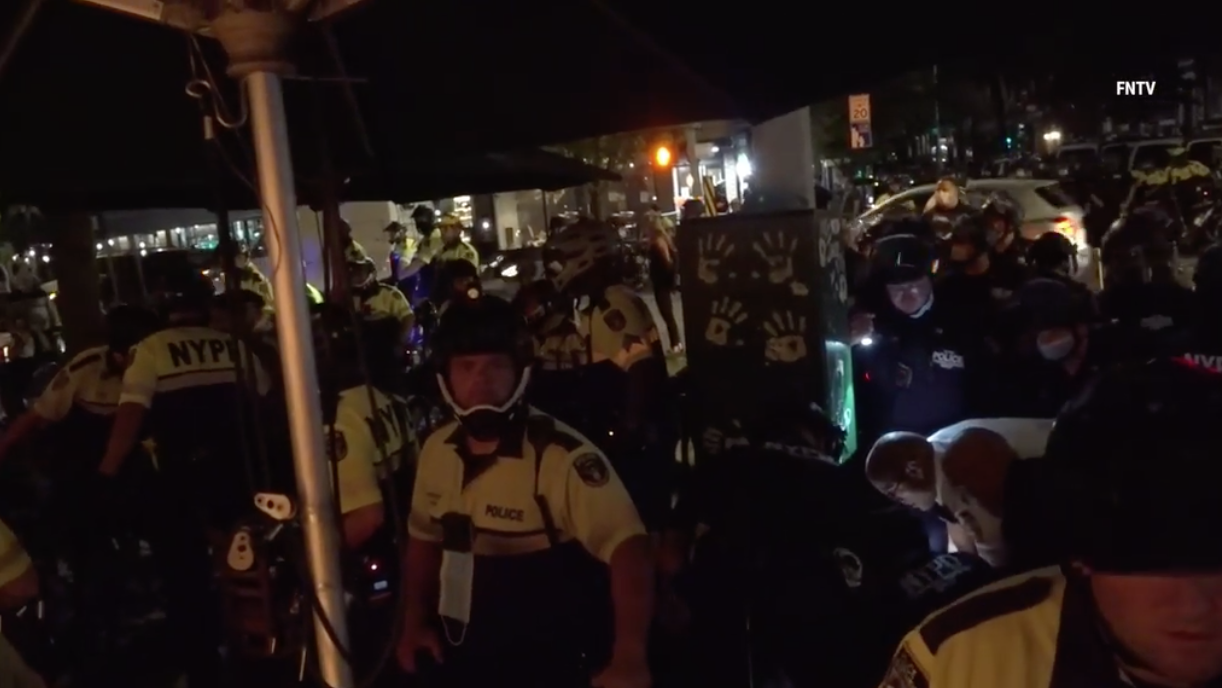 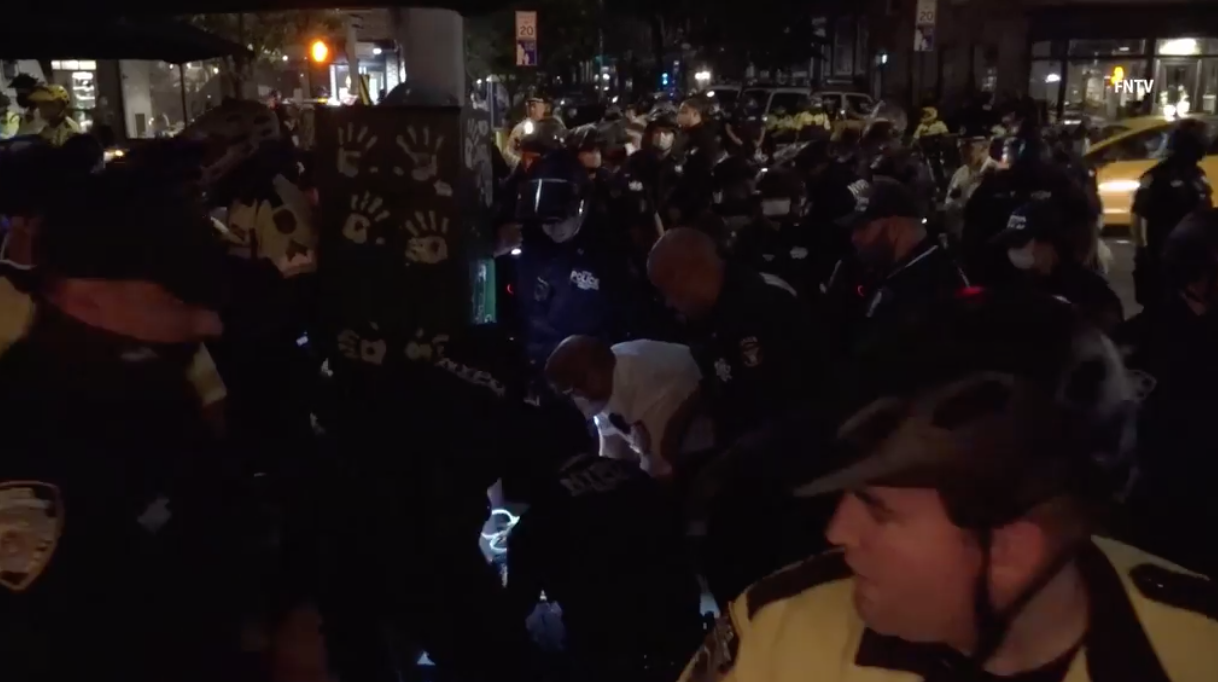 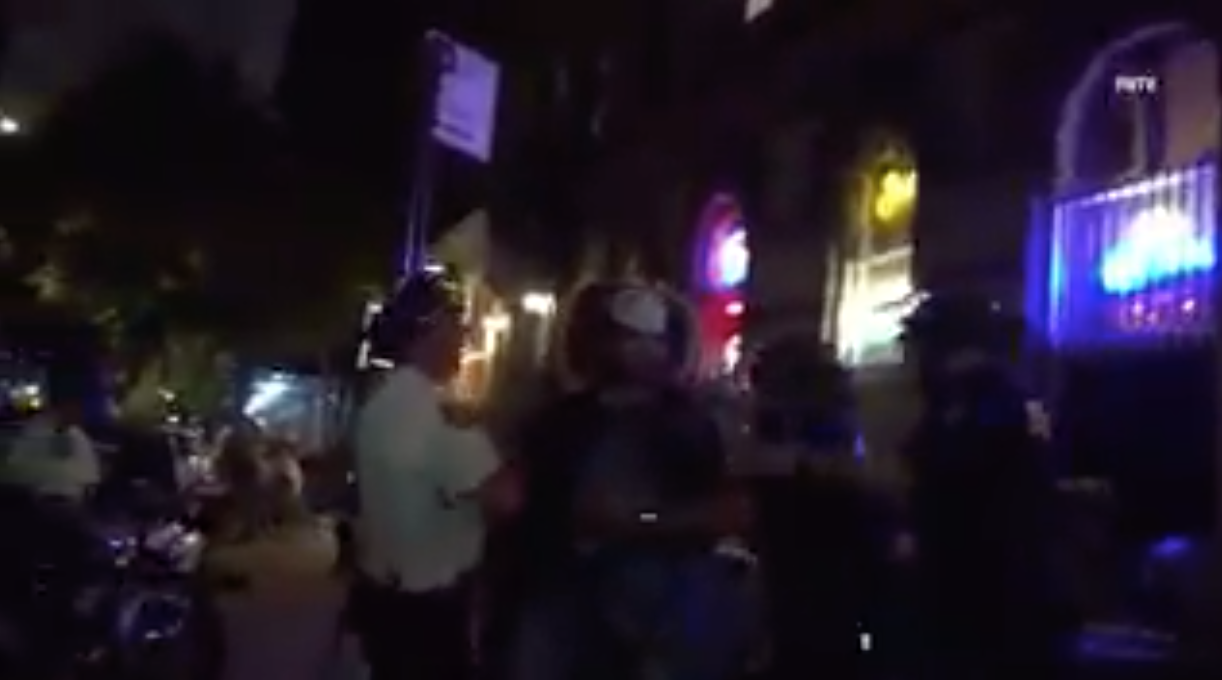 Uniformed officers can be seen cuffing a protester who is on the ground, and chasing after other individuals, shouting "stop resisting".

“What are you doing?” one person shouts as the officers knock over a restaurant’s stool in pursuit of a protester.

A couple can be seen continuing to enjoy their meal amidst the chaos.

Protesters said they had moved onto Hudson Street after an earlier march to the nearby 6th Precinct, according to the NY Post.

A video of the incident was posted on Twitter and has now had around 1 million views.

"They arrested people on the ground in front of the outdoor diners, some of whom were visibly shaken," the reporter who posted the video explained.

"If this is the police following guidelines, there’s definitely something very wrong going on in the US," a Brazilian journalist observed.

"You cannot live in perpetual violence without having serious consequences. And a bad example that is set by the State can only serve as a model for crime and violence."

Another person added: "Damn. NY cops are out in force. West Village, Brooklyn, and I imagine other areas. WTF."