WILDFIRES have been raging across California and Oregon, burning through acres of land, while destroying homes and precious forestry.

But where are they now? Here’s all you need to know… 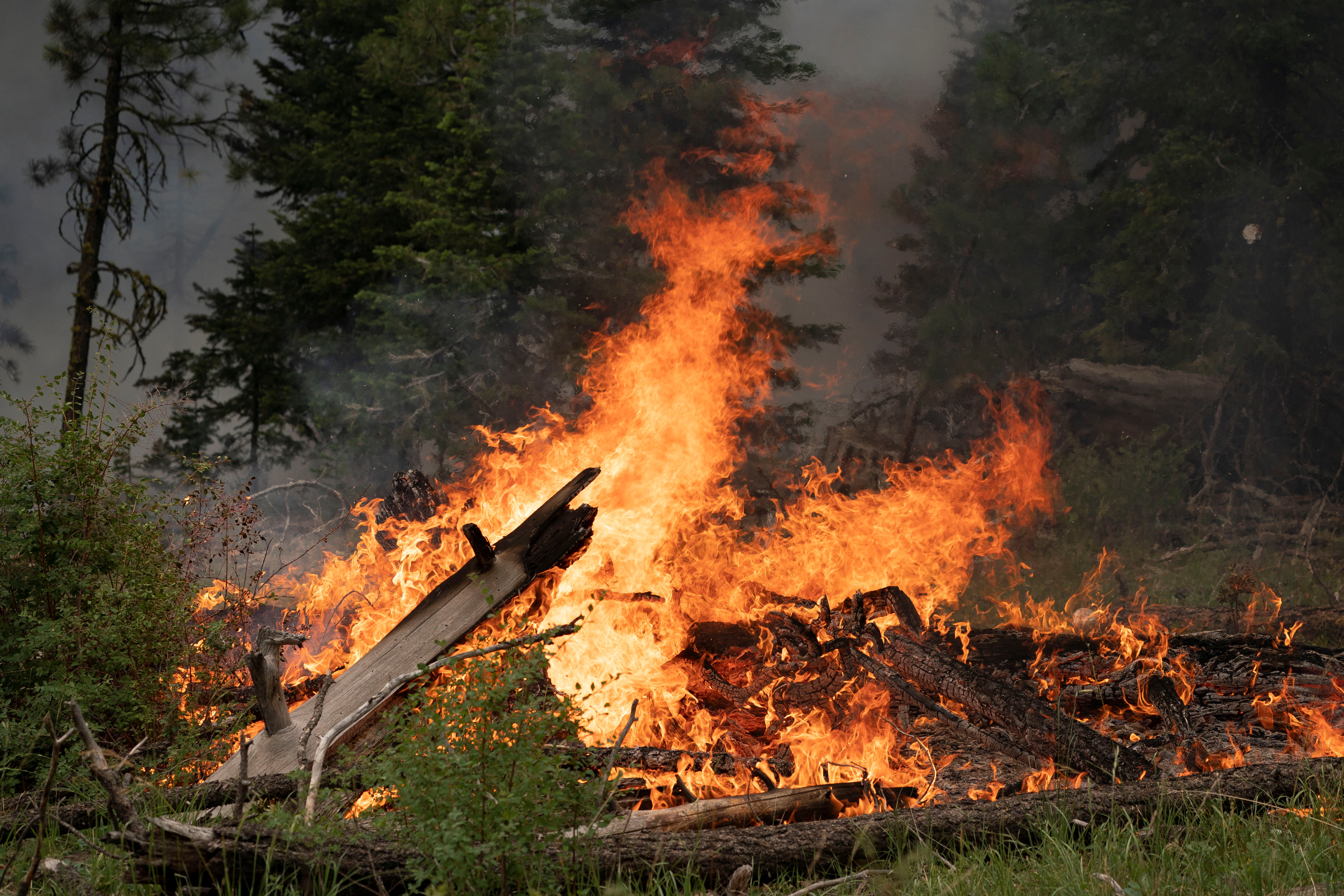 What has happened so far?

The latest set of Californian wildfires have been caused by severe rising heat temperatures across the Western States.

It has been coupled with drought conditions that have been compounded after the state experienced its driest 12 months on record.

Wildfires usually start by the heat of the sun causing a small fire to break out in woodlands, which grows as it consumes the flammable material around it.

They have already caused fatalities in 2021, killing two firefighters in neighboring Oregon as the fire ate up 143,607 acres of land.

All together, experts believe that these factors have created a perfect recipe for further devastation this season.

As a result, the haze has started to travel all the way to New York and lowered the quality of air along the way.

The Air Quality Index for many states continues to fluctuate between "unhealthy" and "very unhealthy."

Where are the fires now? 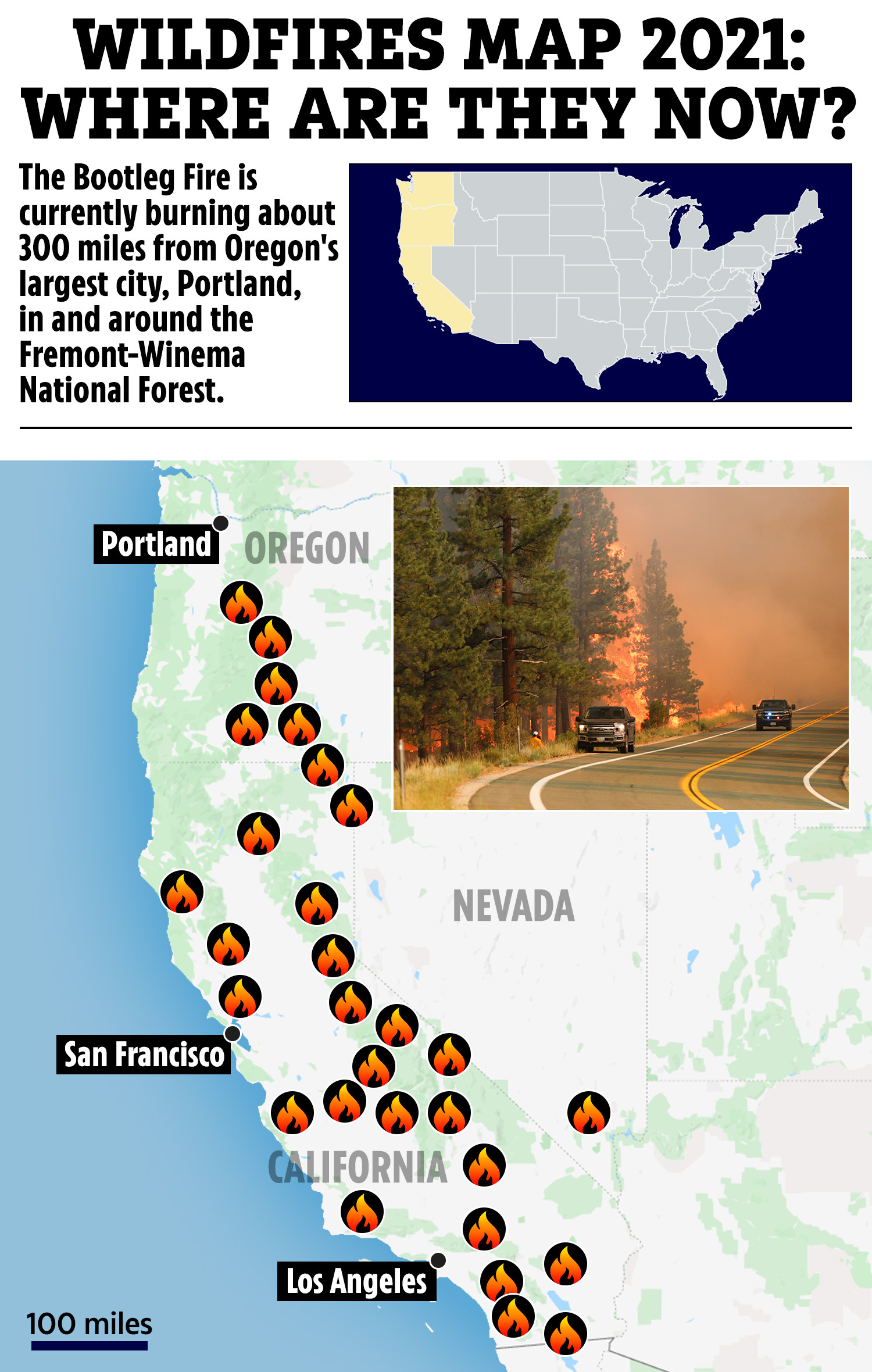 A total of 83 blazes are raging across the west coast – worsened by an unprecedented drought and brutal heatwaves that sparked tinderbox conditions.

Over 19,300 firefighters are battling the blazes burning across 13 states, with Montana and Idaho experiencing the brunt of the heat, with 20 active fires in the former and 18 in the latter.

In California alone, over 176,892 acres of land have been burned through, closely trailing Oregon as the second most-affected state.

The Bootleg Fire, a blaze raging through Oregon since July 6, has burned itself over 388,360 acres of land and is still only 32 percent contained.

The Bootleg Fire is currently burning about 300 miles from the state's largest city, Portland, in and around the Fremont-Winema National Forest.

At least 2,000 homes have been evacuated at some point over the past two weeks and thousands more may need to follow as the blaze rages on.

Fortunately, there have been no reported deaths.

There has been significant damage, though. At least 160 homes and buildings have been destroyed.

The fire now appears to be spreading rapidly to the north and east due to strong winds, towards areas that are increasingly remote.

There are at least eight fires burning in Oregon alone. 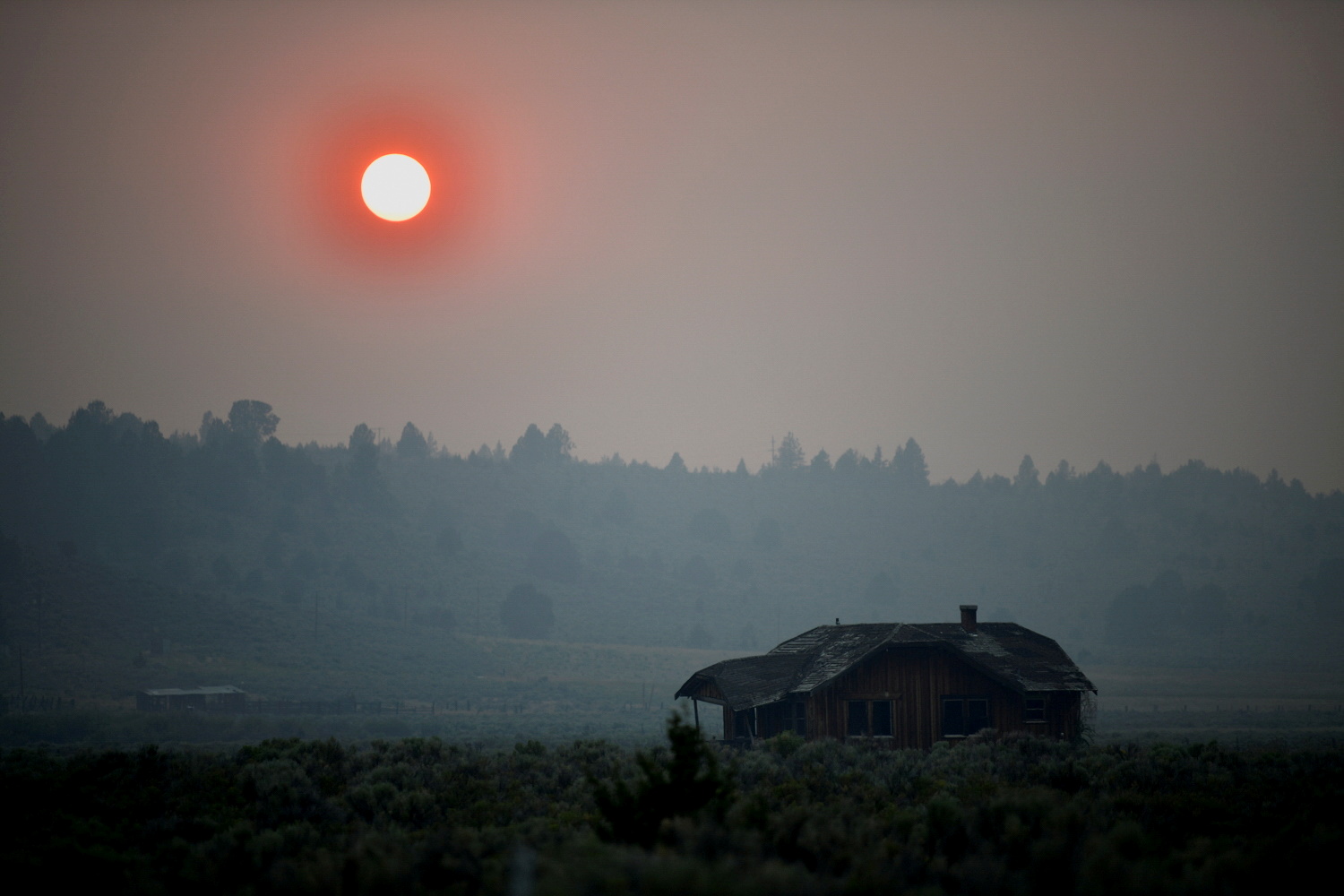 Why is the sun red?

The sun has been appearing to be much more red than usual across the US – and this has been caused by the wildfire.

The tinge is because of dense smoke particles in the upper reaches of the atmosphere.

These interact with sunlight, scattering incoming light into the long wavelengths of red light.

Because of these longer wavelengths the sky is given an reddish-orange tint.