Home » World News » Winners of the MontPhoto 2020 contest are announced

Wildebeest crossing the Serengeti, a turtle tangled in plastic waste and a glass frog guarding his eggs are among the winners of the MontPhoto contest

Wolves stalking through a mountain-range in Italy, a see-through frog protecting its eggs, and seals playing around a hunk of iceberg near Antarctica are among the photos to scoop prizes at a Spanish nature contest.

The MontPhoto Competition is run every year in Spain that aims to promote conservation by documenting the beauty of the natural world.

The overall winner for 2020 was Italian photographer Lorenzo Shoubridge for his image of wolves near Monte Corchia, 20 miles north of Pisa, which also won the mammals prize as part of the nature category.

‘The coronavirus pandemic changed our lives this year and we were all forced to go online. Despite this, we still managed to deliver a high-quality competition featuring inspiring stories from all over the world,’ Paco Membrives, co-founder of MontPhoto said. 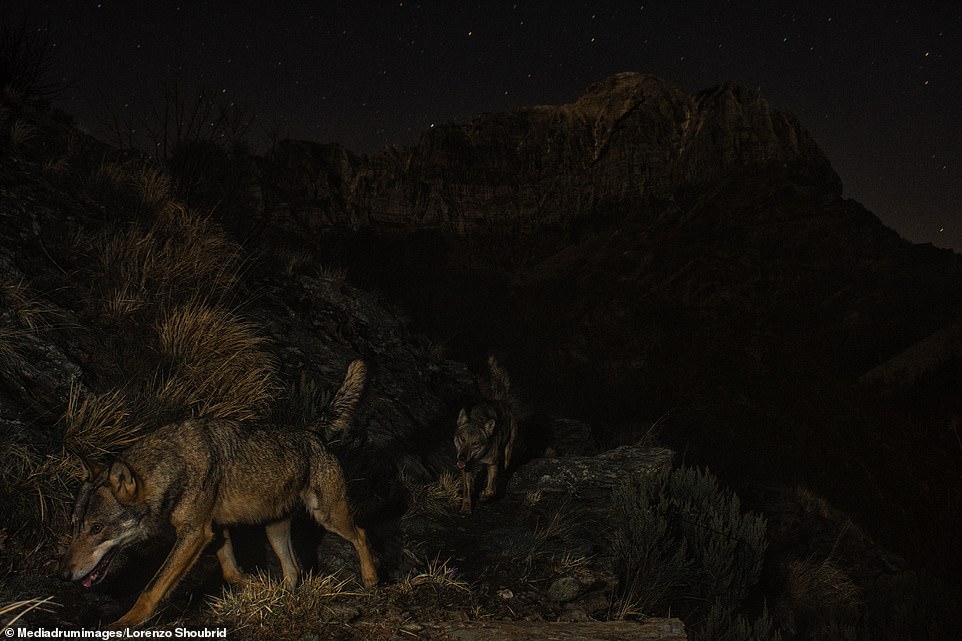 Lorenzo Shoubridge scooped the overall winner award and the top prize in the mammals category for this image of wolves around Monte Corchia, 20 miles north of Pisa. ‘Despite being a UNESCO world heritage site, this beautiful park and the surrounding areas are under attack every day from the marble industry,’ he said. ‘This crumbles away the mountains and pollutes the waters causing irreversible damage. I hope my image inspires change’ 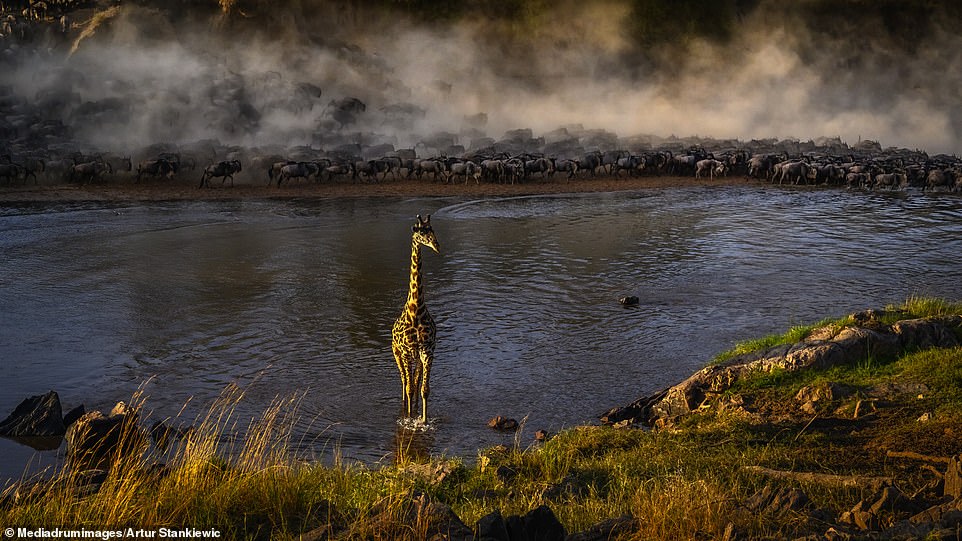 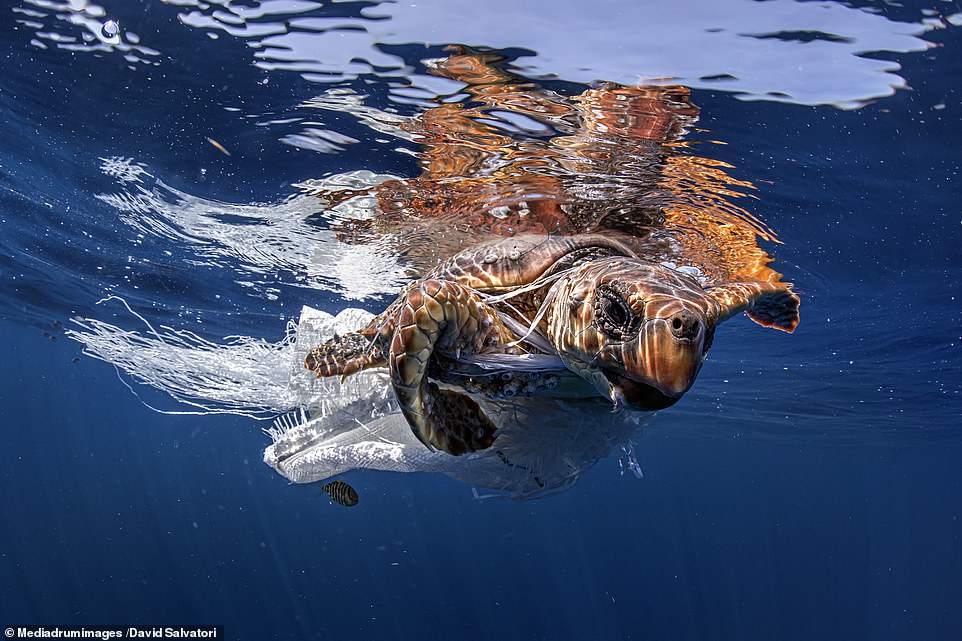 Italian photographer, David Salvatori, won the ‘Ecological Reporting’ category. His photograph titled ‘Entangled’ demonstrated the effects littering has on our oceans’ wildlife. ‘After spending a whole day in the ocean off the coast of Tenerife, we spotted a turtle entangled in a plastic bag,’ David said. ‘I climbed into the water and helped set him free’ 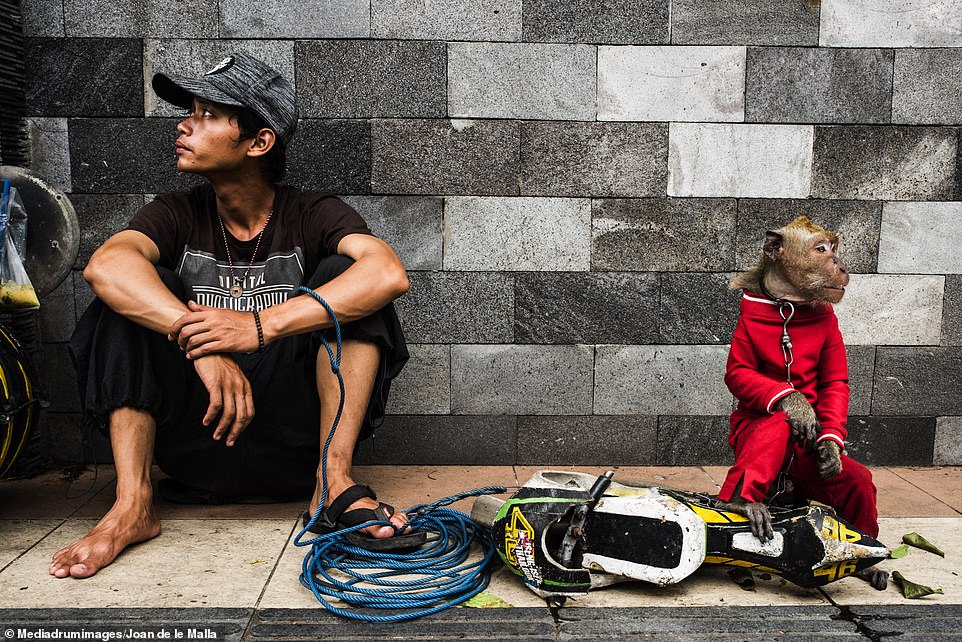 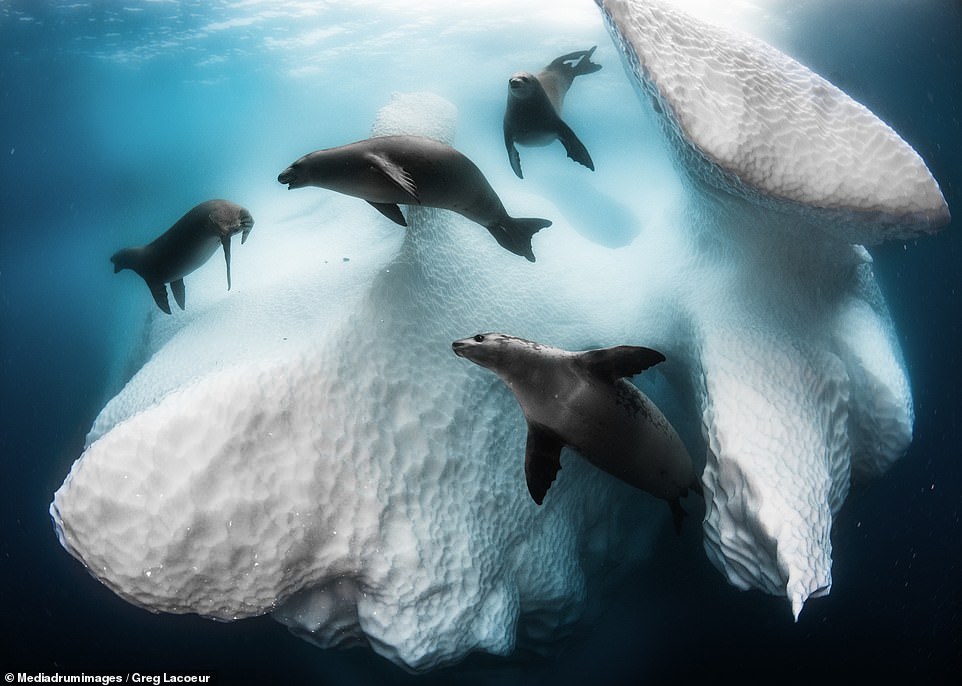 French photographer Greg Lacoeur won in the underwater world category for this image of seals in Antarctica that he took on a trip in March on a small yacht. ‘Little is known about how wildlife thrives around these mobile homes. Icebergs fertilize the oceans by carrying nutrients from land that spark blooms of marine life and also provide homes for larger animals, like these crabeater seals,’ he said 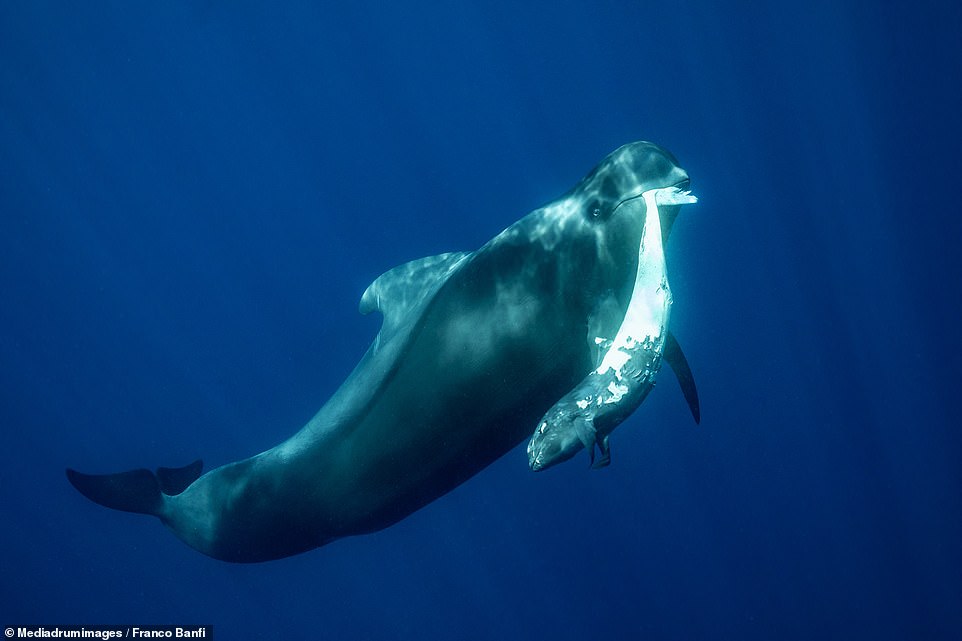 Franco Banfi, a Swiss photographer, scooped the runner-up prize in the Underwater World category for this image entitled ‘sadness’ which shows a pilot whale carrying its dead calf through the oceans 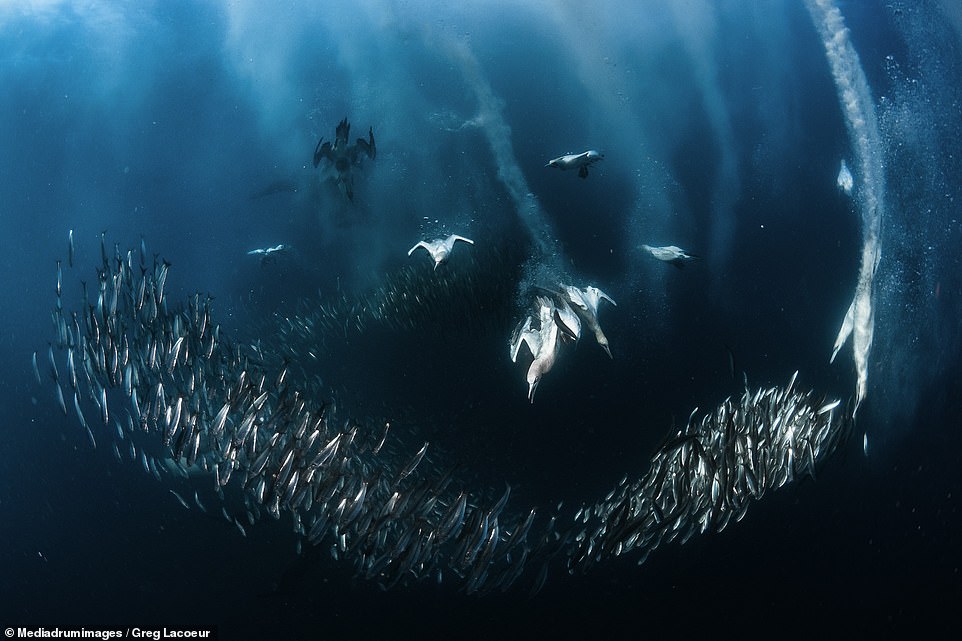 French photographer Greg Lacoeur, who won in the Underwater World category, also won in the Birds category for this image entitled Wings of the Sea which shows gannets diving for fish under the ocean 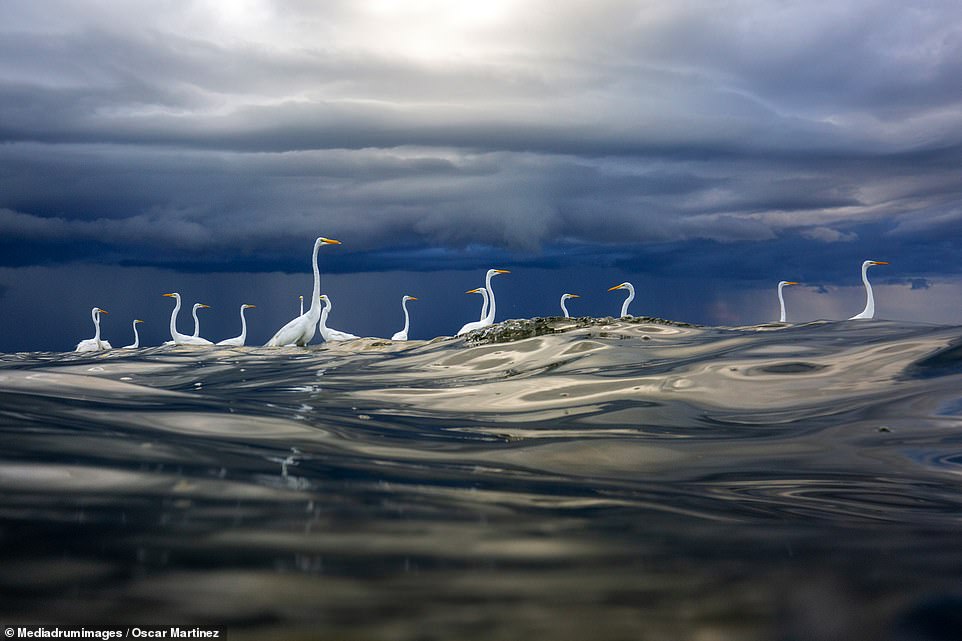 Oscar Diez Martinez, a Spanish wildlife photographer, was awarded the runner-up prize in the birds category for this image 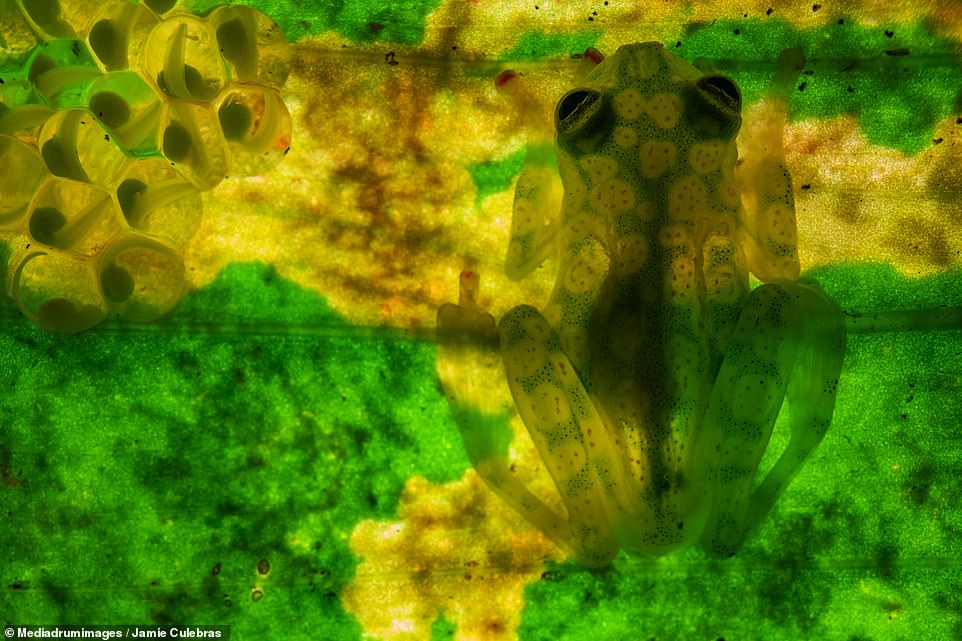 The ‘Other Animals’ category was won by Spanish photographer, Jamie Culebras, and his photo, ‘Invisible Father.’ Captured in Costa Rica, the image featured a glass frog guarding its eggs. ‘The photo highlights this species’ translucency. This helps them to go unnoticed by predators,’ Jamie said 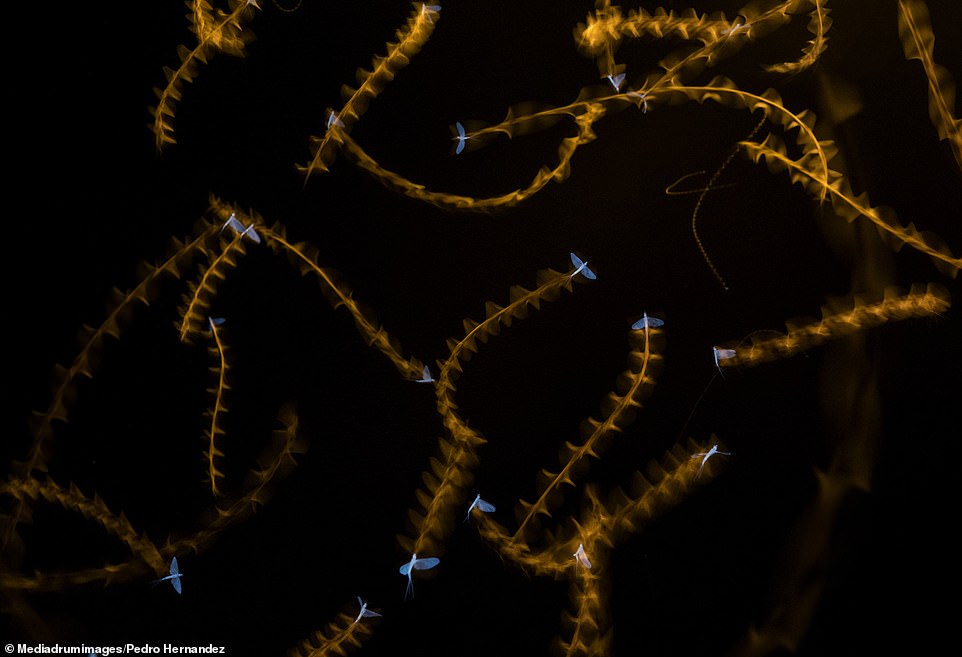 Pedro Javier Pascual Hernandez won runner-up in the ‘other animals’ category for this image, ‘Flights at Night’ 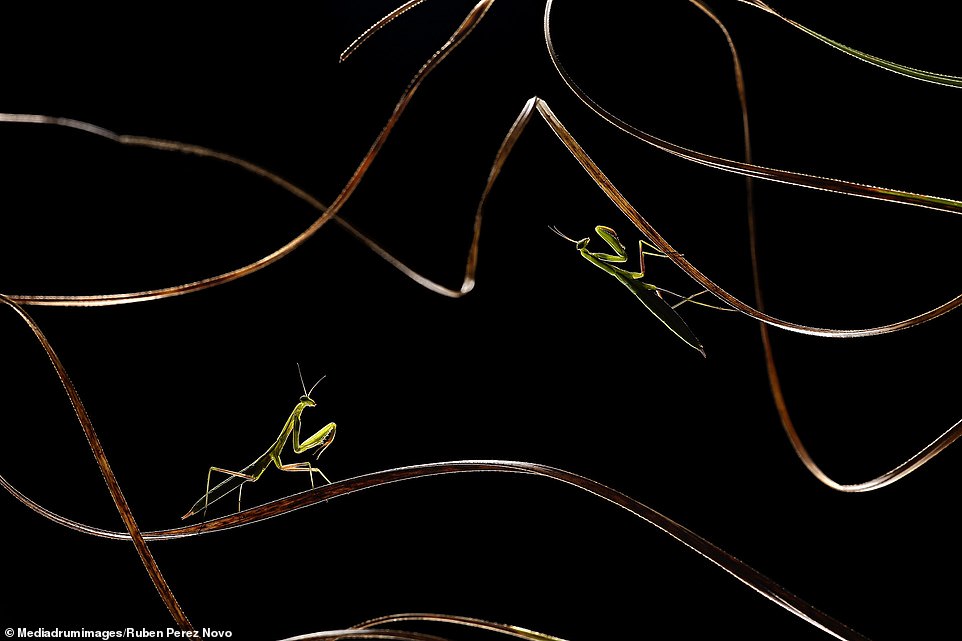 Spanish photographer, Ruben Perez Novo who won the ‘Macro’ category with his image, ‘Get Down Here,’ featuring two praying mantis 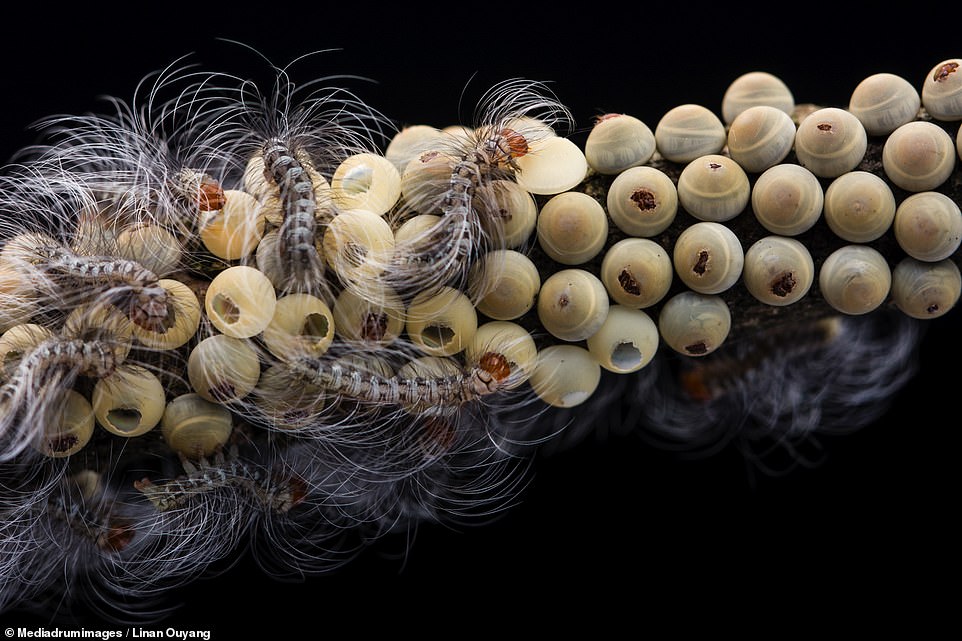 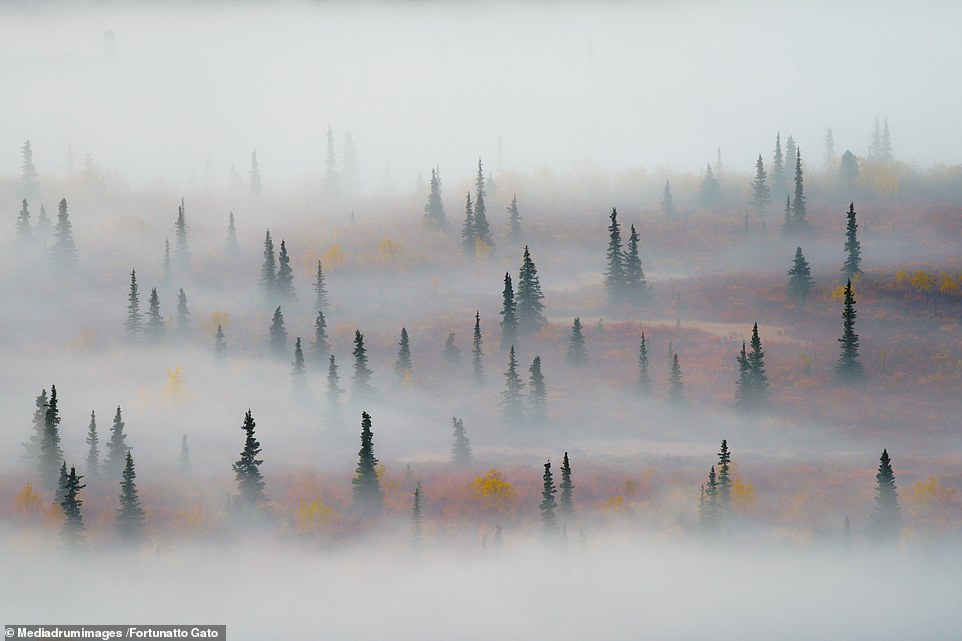 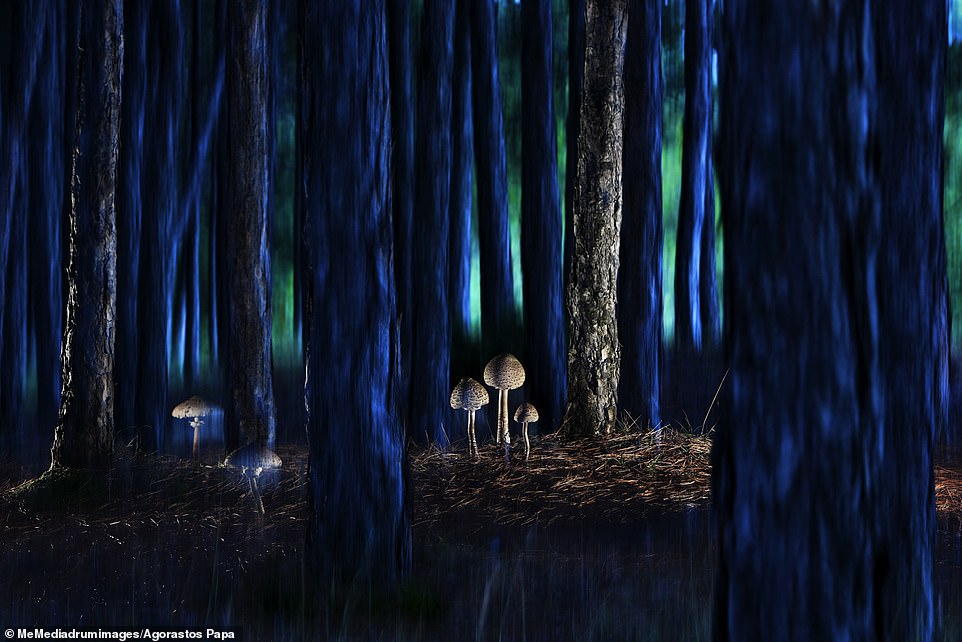 Agorastos Papatsanis’ ‘Rain’s Visitors at Dusk,’ runner up of the ‘Plant World’ category 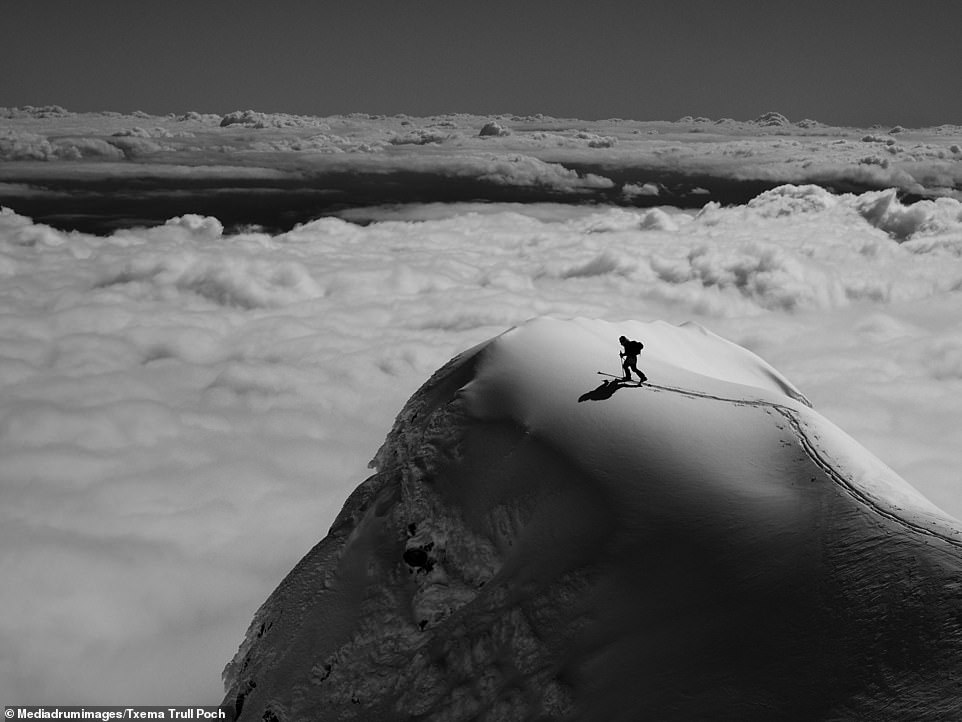 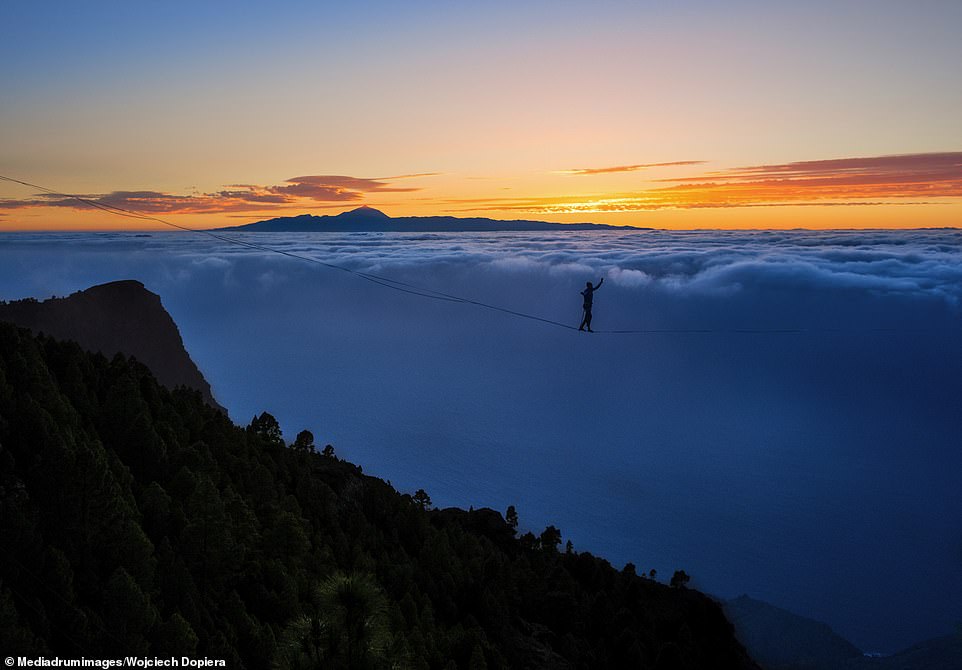 Wojciech Dopierala’s ‘End of the World,’ runner up in the ‘Mountain Activity’ category 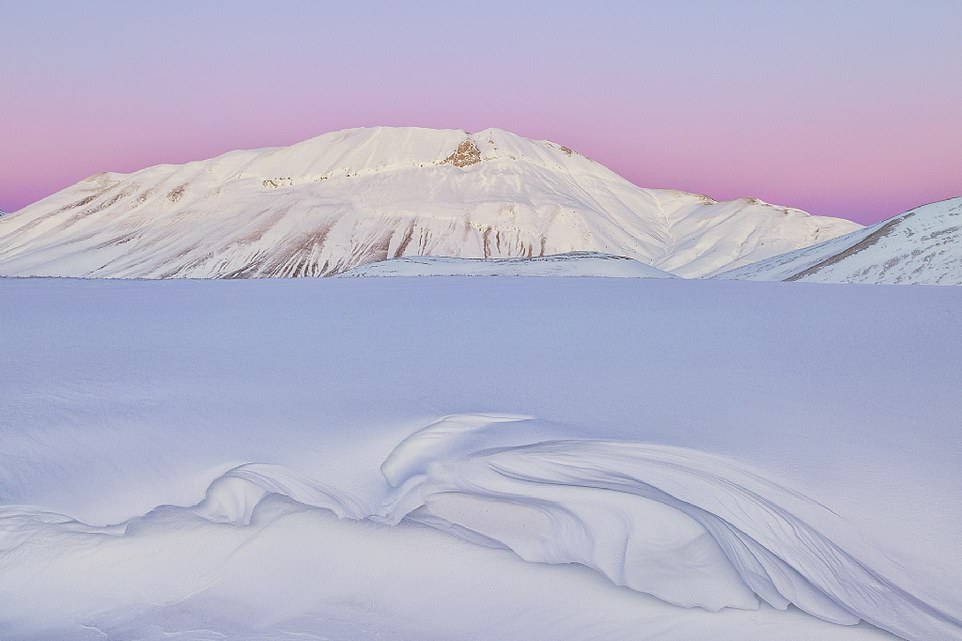 Anne Maenurm’s image Winter Wonders won in the Mountain View category. ‘This is an area famous for its wildflower fields in summer, when highland meadows are covered by poppies and cornflowers. But for me, winter here can be even more extraordinary when snowfalls and windy days create magic shapes like the one in the foreground of this picture, while Monte Vettore rests in the background,’ she said 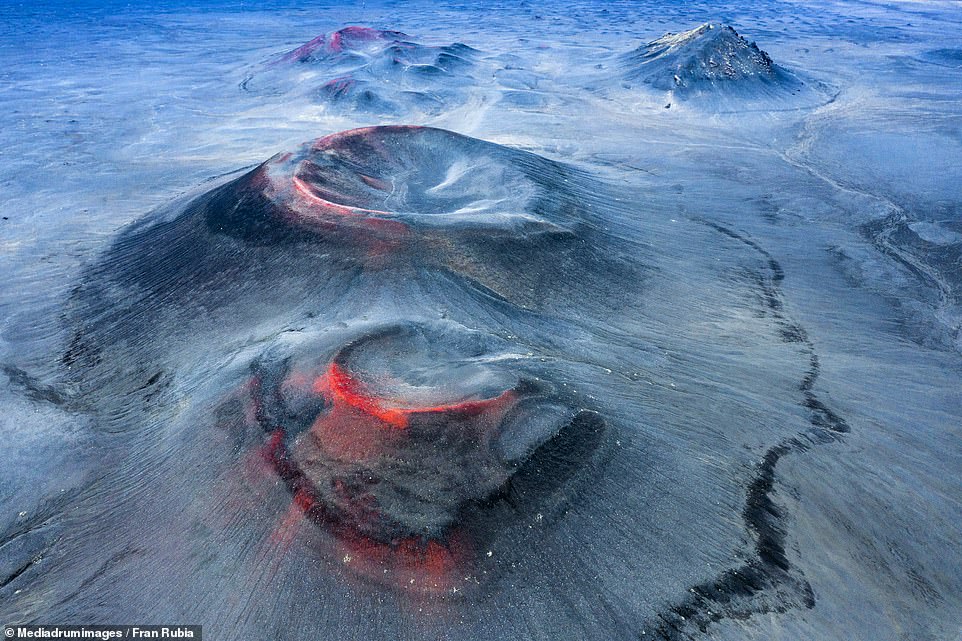 Fran Rubia’s ‘Another Planet,’ runner up of the ‘Mountain View’ category 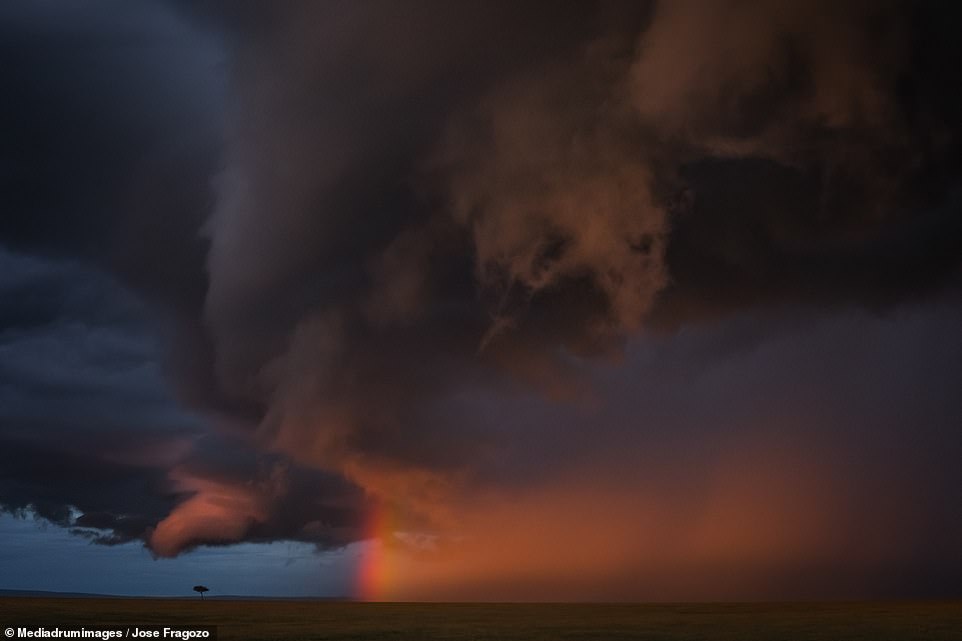 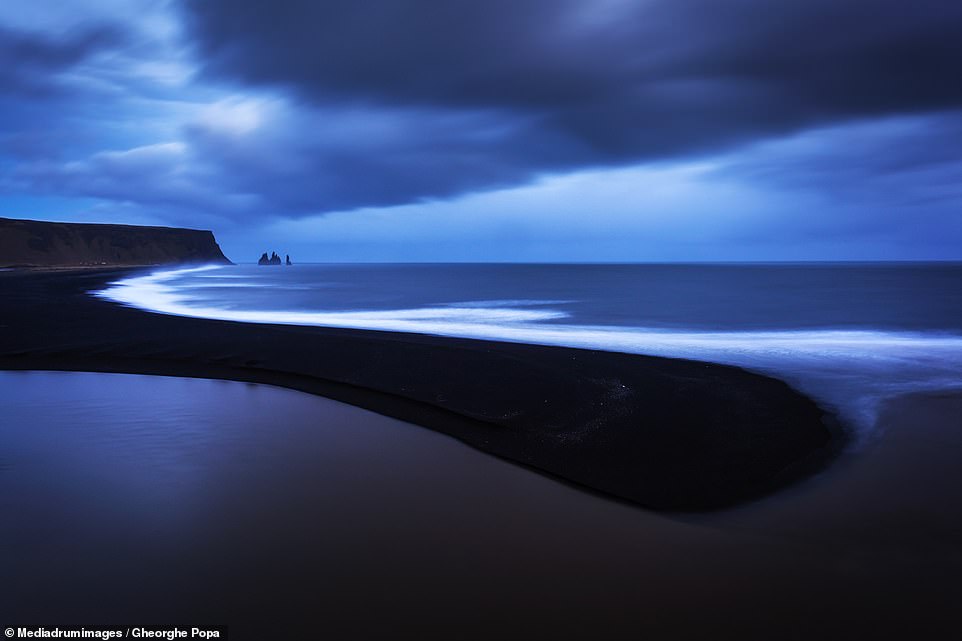 Gheorghe Popa’s ‘Blue Hour,’ runner up of the ‘Landscape’ category 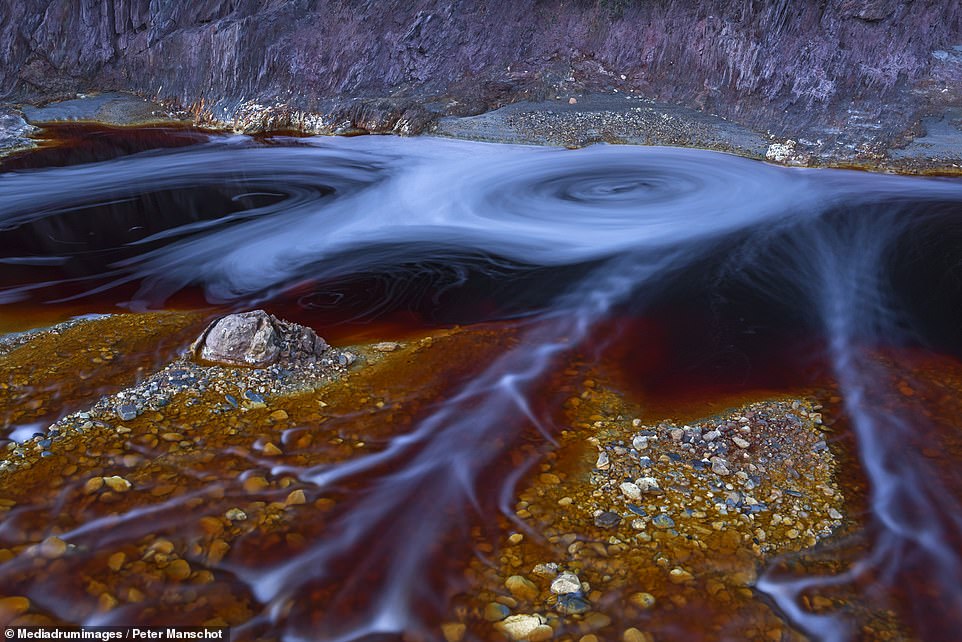 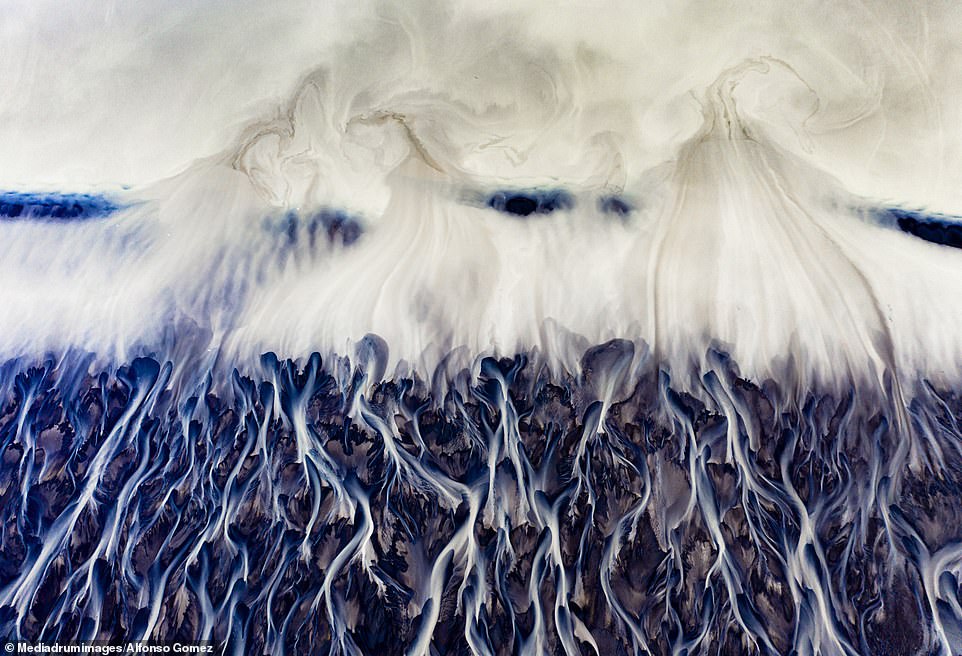 Alfonso Moreno Gomez’s ‘Fluvial Jets,’ runner up of the ‘Art in Nature’ category