A WOMAN in Portland, who was arrested in the early hours of Monday morning during the protests and unrests, was filmed yelling "I can't breathe" as a federal officer kneeled on her back.

Shown in a video posted to Twitter by Blaze TV reporter Elijah Schaffer, the protester is seen bleeding from her head as she is pushed against the ground. 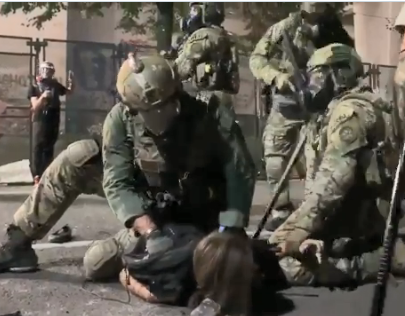 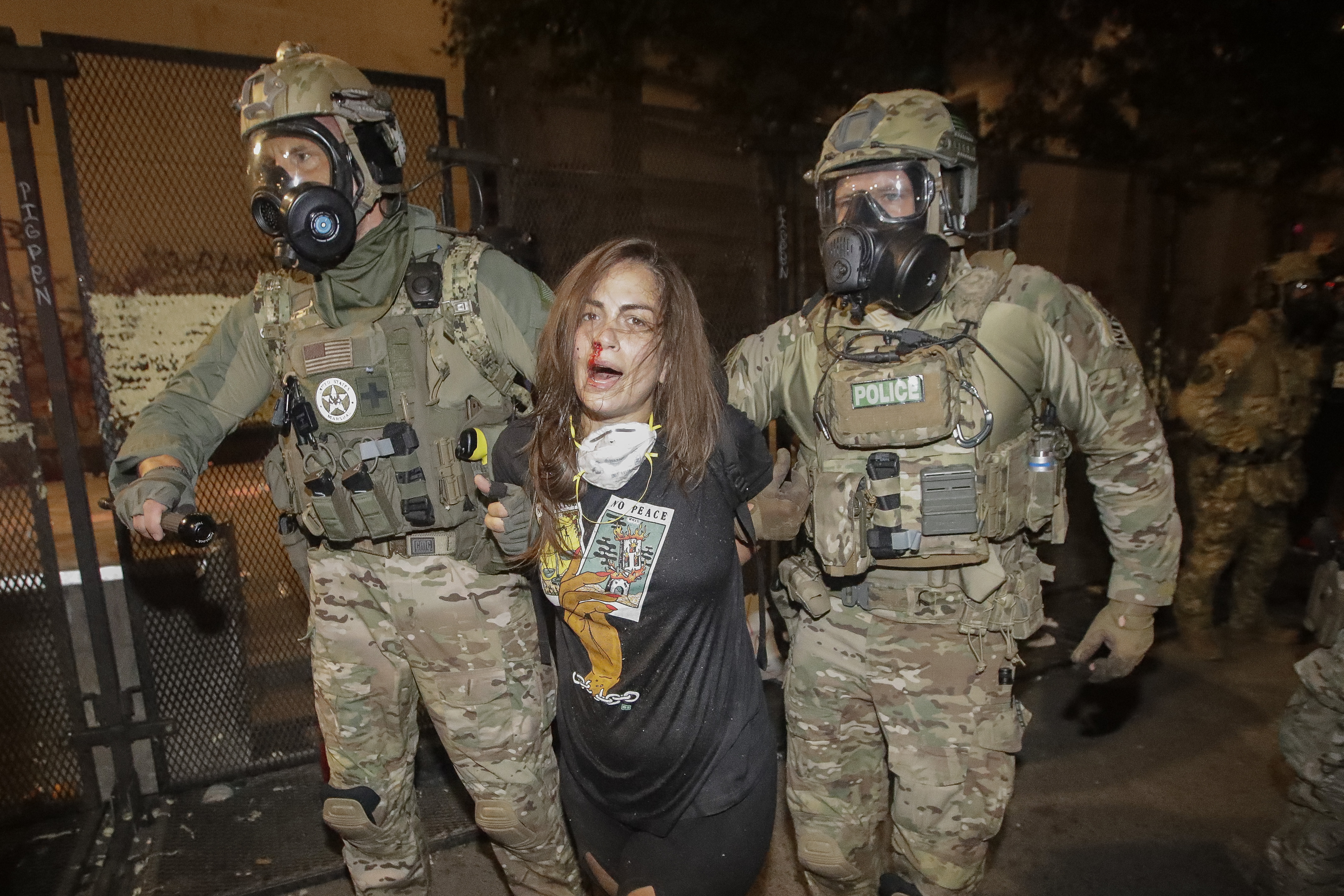 The woman yells at the officers to get off her before yelling "I can't breathe."

Onlookers can be heard in the background asking what was going on and telling the officers that they were hurting her.

In a separate video posted by Schaffer, an older woman tried to interfere with the arrest of the woman in the first video.

Both videos went viral on Twitter with the first one getting over 126,000 views and the second at 34,500 views.

Schaffer added in his tweet that she was given several warnings, he "tried to hold her back" and cops shoved her a few times but she refused to comply and was also arrested.

Before her arrest, the older woman is shown moving the hair out of the younger woman's face, pointing out that she was bleeding on her face. 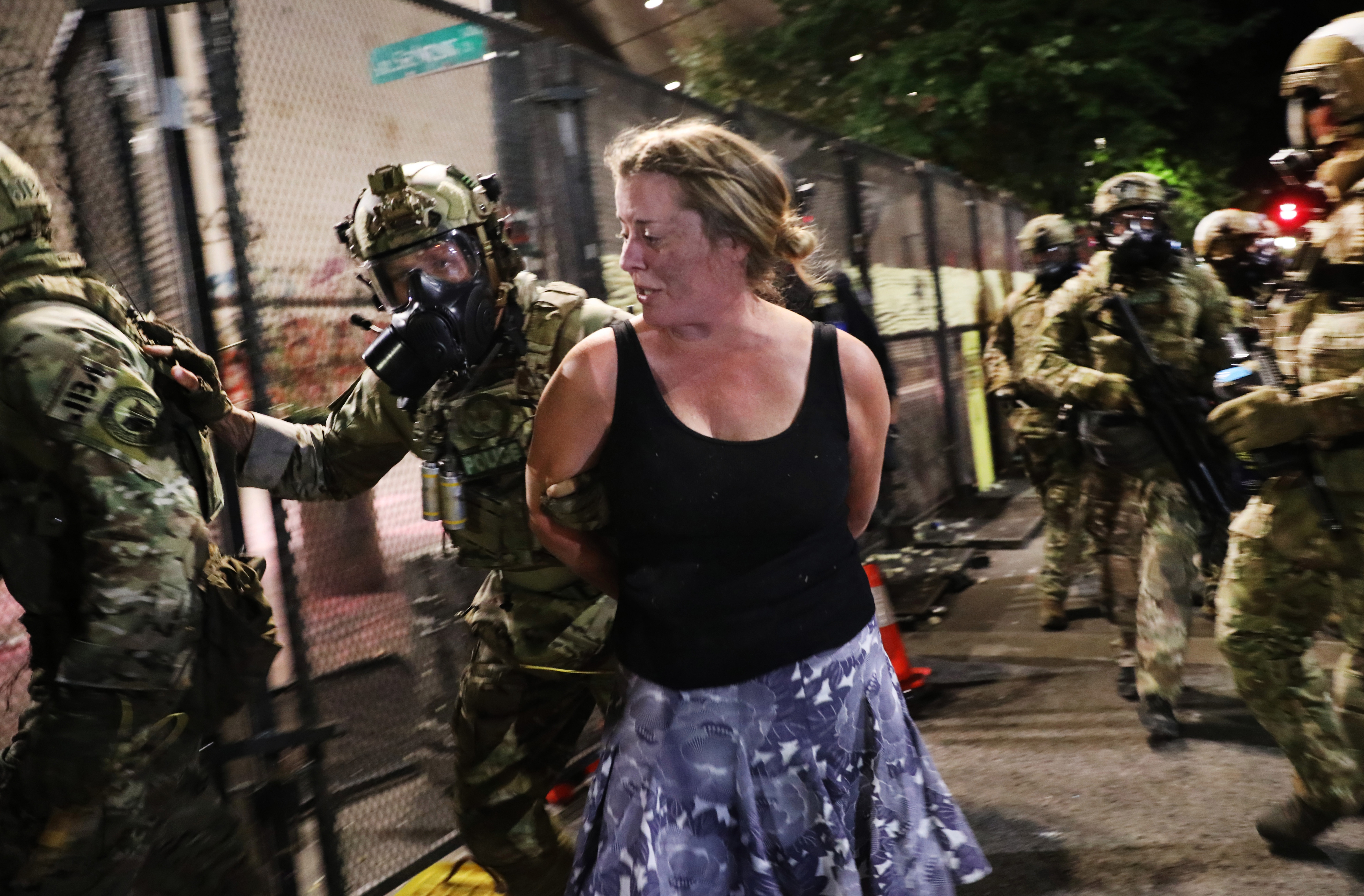 The Monday morning arrests come after a weekend of violent protests all across the United States, leaving a Texas man dead, several cars burned and damage done to multiple federal buildings.

The protests stem from weeks of protests over racial injustice and the police treatment of people of color that flared up after the May 25 death of  George Floyd in Minneapolis.

Handcuffed Floyd, who was black, died after a white police officer used his knee to pin down the victim’s neck for nearly eight minutes while he begged for air.

Also in Portland this weekend, a Vietnam veteran was shockingly pepper sprayed in the face and a demonstrator used his own blood to write out "FEDS" on the ground before crossing it out.

Other protests over the weekend occurred in major cities across the United States including Seattle, Oakland, Austin, New York and Richmond.