A dog owner in Taiwan thought she came home to a different pet after her mother shaved off all her pooch’s fur.

The four-year-old Chow Chow, named Duo Duo, had its coat completely shaved off by Ting’s mother, who thought it could help the dog ‘cool down in the summer heat’.

Ting posted the before and after pictures of her beloved pet on Facebook on Monday, which prompted thousands of likes and comments from amused users. 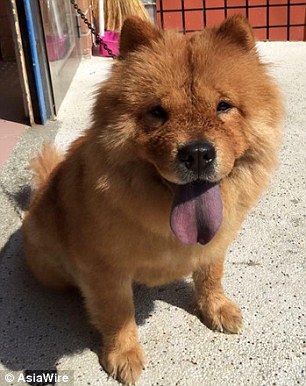 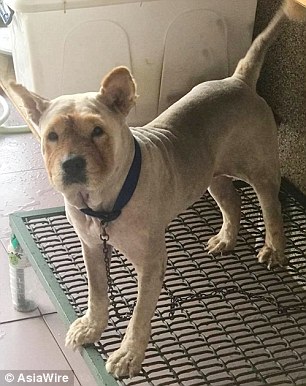 Before and after: The four-year-old Chow Chow, named Duo Duo, had its fur completely shaved off by Ting’s mother as she thought Taiwan’s summer is to hot for the dog 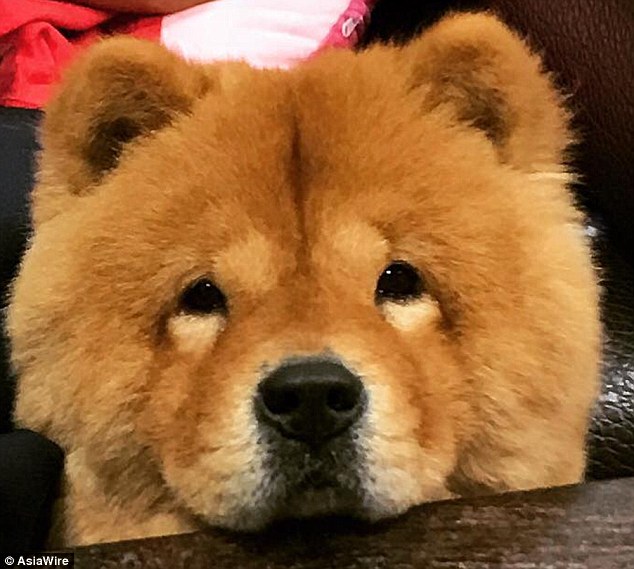 ‘My poor Chow Chow,’ Ting from west Taiwan’s Yunlin country said in the Facebook post. ‘I couldn’t recognise her at all!’

The snaps show a droopy Duo Duo almost completely ‘naked’, with only a small patch of facial hair left near its eyes and nose.

Ting’s mother had apparently thought Taiwan’s hot summer months would be unbearable for the pooch, whose breed is known for its thick coat.

Everything else that could help identify the iconic dog breed – including the lion mane-like fur around its neck and it’s bushy tail – is now gone.

It will take Duo Duo the entire summer to grow back its fur. 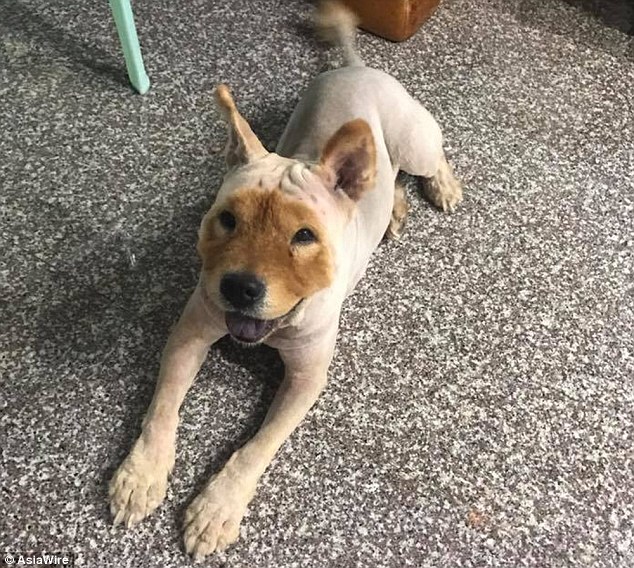 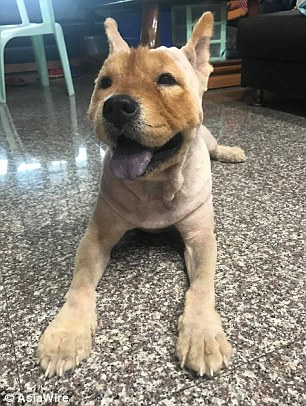 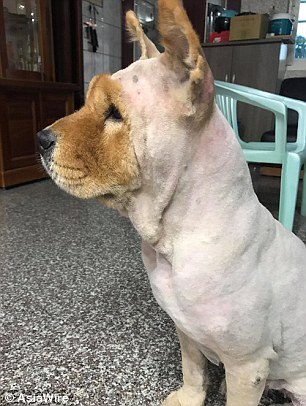 Ting’s mother had apparently thought Taiwan’s hot summer months would be unbearable for the pooch, whose breed is known for its thick coat. She then shaved off all its fur

The Chow Chow is a dog breed originally from northern China, where it is referred to as ‘songshi quan’, which means ‘puffy-lion dog’.

‘Don’t let him look at the mirror!’ another said.

‘I can’t help but laugh,’ another said. ‘It looks like a completely different dog!’

While net users were rather amused by the dog’s new look, experts have warned that completely shaving off a dog’s fur could do more harm than protection.

A dog’s coat in the summer keeps it from overheating in the summer as well as serves as a barrier to the sun’s harmful UV radiation, according to the American Society for the Prevention of Cruelty to Animals. 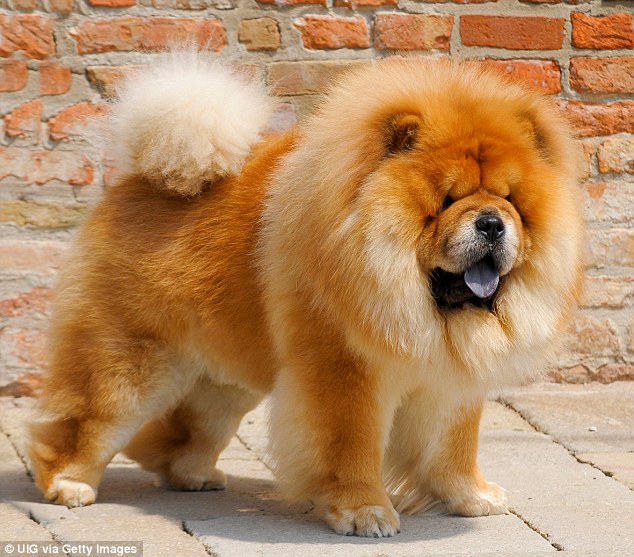 The Chow Chow is a dog breed originally from northern China, where it is referred to as ‘songshi quan’, which means ‘puffy-lion dog’

‘Our pets’ coats have several layers that are essential to their comfort in the heat. Robbing your dog or cat of this natural cooling system can lead to discomfort, overheating and other serious dangers like sunburn or skin cancer,’ the non-profit organisation said on its website.

If temperatures do get too hot, it is best to take the pet to a professional groomer to perform a trim.

‘Never shave down to the skin or try to cut the hair yourself with scissors,’ it warned.

The Chow Chow is among the world’s most singular and possibly oldest breeds. At times, they were the lordly companions to Chinese nobles.

But without his luscious ring of fur, this particular Chow Chow might not be feeling so lordly.