A WOMAN fell to her knees and sobbed as she was reunited with her lost dog Honey seven years after the pooch suddenly disappeared.

The dog was dropped at a shelter in San Antonio, Texas, last week. 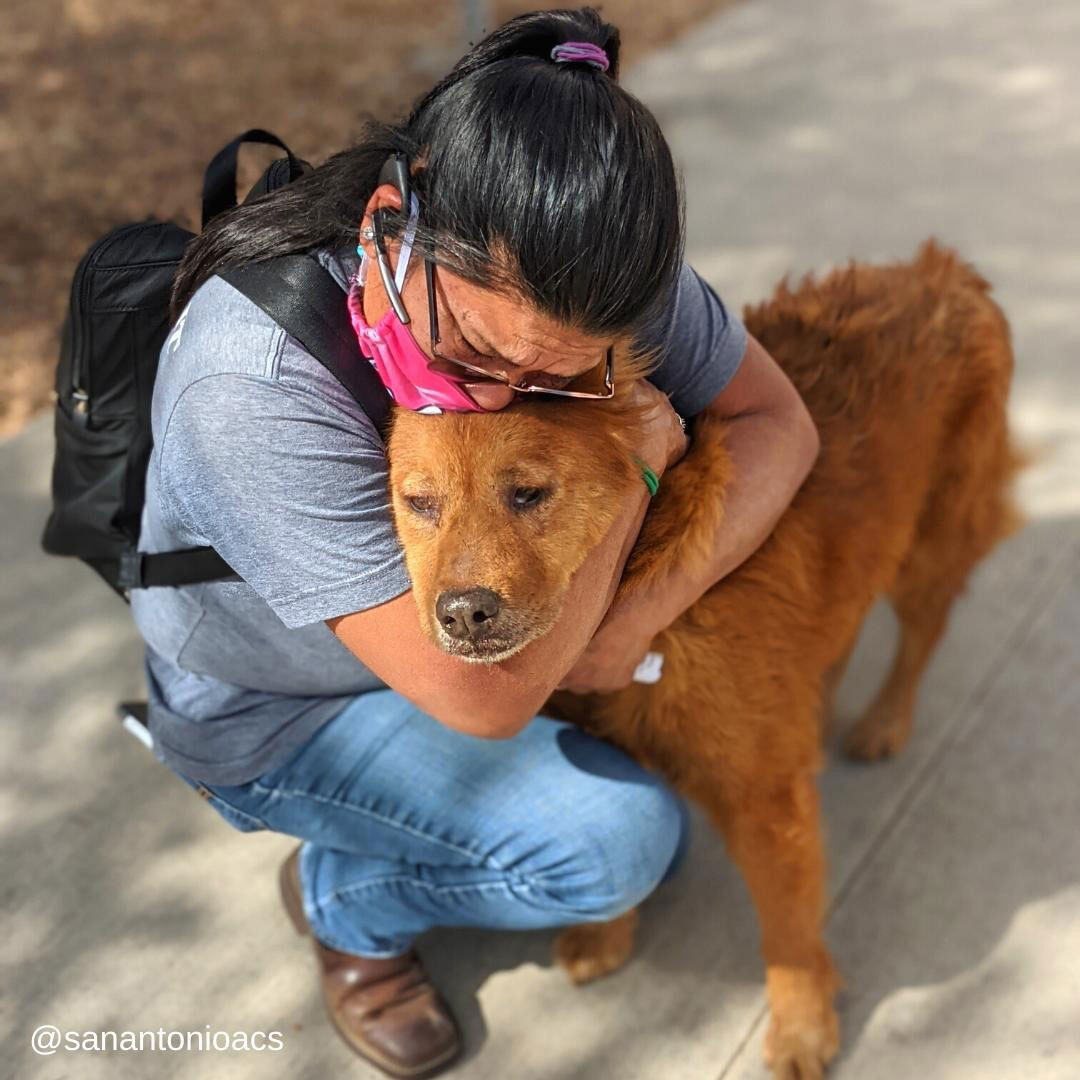 As Honey was microchipped, staff at the Animal Care Services contacted the shocked owner to let her know the dog was there.

When she arrived at the shelter, the woman dropped to her knees and sobbed when she was reunited with her dog.

A staff member took a photo of the moment, showing both owner and dog looking overwhelmed with emotion.

An ACS spokesman said: "One of our Intake Coordinators walked Honey up to the front to see if the pup would recognize the person reclaiming.

"The woman burst into tears as soon as she saw him, fell to her knees, and held him in her arms.

"She began to ask him if he remembered who she was."

Honey was adopted at the shelter that she was returned to last week.

The dog was microchipped upon leaving the shelter, leading to the dog and owner being reunited.

The ACS spokesman added: "Because of this, Honey and his mom are now finally able to live their happily ever after."