Police have found the body of a woman ‘buried alive with only her head above the ground’.

The victim was left to die a week ago in a forest near Russian city of St Petersburg.

A 36-year-old man walking in the forest discovered the macabre remains, police said.

The partially buried woman has not been identified though she is thought to be aged around 40.

She was wearing a tracksuit and a gold chain was found in one of her pockets. 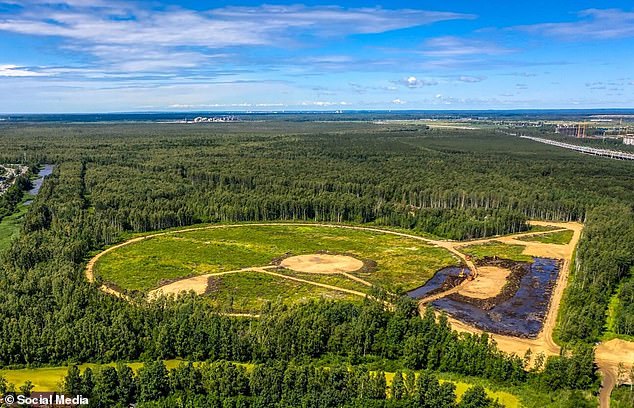 A woman’s body has been found buried up to the neck in a Russian forest near St Petersburg. Pictured: The Yuntolovsky reserve where the body was discovered [File photo]

Fontanka media said the woman was buried around seven days ago and it was likely she was alive at the time she was dug into the ground.

Law enforcement said the woman had been unable to free herself once buried.

Her body had several ‘small wounds’ on her head and has been sent for an autopsy to determine her exact cause of death.

The woman’s body was found in a forest between St Petersburg and the suburb of Yuntolovo which is home to more than 10,000 people.