A South Korean woman has died after taking part in a ‘spiritual ritual’ which saw her spend the night in a coffin.

The ritual was intended to bring her good luck and fortune, but instead the 47-year-old woman suffocated overnight.

Police in Gumi, central South Korea, said the woman was a follower of a ‘pseudo-religious cult’. 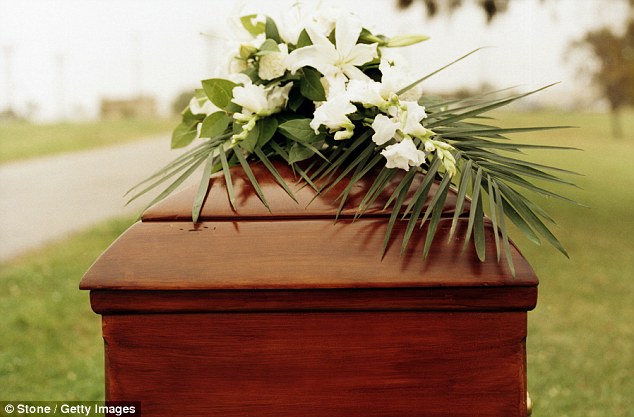 The 47-year-old, from Gumi, South Korea, had told her two friends that she was struggling to breathe in the coffin, but they told her to stick it out, and found her dead in the morning

The woman and two female fellow followers had gathered in a home in Gumi on Thursday to take part in the ritual.

According to two other women, the 47-year-old had come out of the coffin after two hours and complained that she couldn’t breathe.

However, they told her to persevere despite the discomfort, and she returned and the lid was closed, Yonhap news agency reports.

When the two others opened the coffin in the morning, they found the woman dead inside.

As the lid had not been nailed shut or sealed, police believe she suffocated in her sleep.

Police are investigating the death and told local news the two women may be charged with ‘negligence leading to death’.

They said it is possible that the heatwave gripping South Korea could have exacerbated the woman’s condition and that she may also have died of heatstroke in the coffin.