Can YOU spot the four wealthy men among these six guys just by the look of their face? Women can gauge a man’s income from just a few seconds’ glance, say scientists

Women can accurately scope a man’s income from merely looking at his face for just a few seconds, scientists reveal.

Men who are wealthy often tend to have healthier diets and lifestyles and this is seemingly reflected in their skin and the ‘look’ of their eyes.

The study found participants were more likely to correctly gauge a household income from men’s faces rather than women’s.

‘We found that people are able to detect a person’s mate value through his or her face,’ said the researchers in a paper just published in Personality and Individual Differences, a journal.

‘Among men, facial attractiveness significantly predicted their household income . . . It has been suggested that developmental stability associated with social class can be conveyed by facial features.

‘It appears that perceivers catch this association between face and social class more easily when observing men’s than women’s faces.’

So can you spot a wealthy tycoon simply from looking at his face? Here are six notable men to test out the theory on… 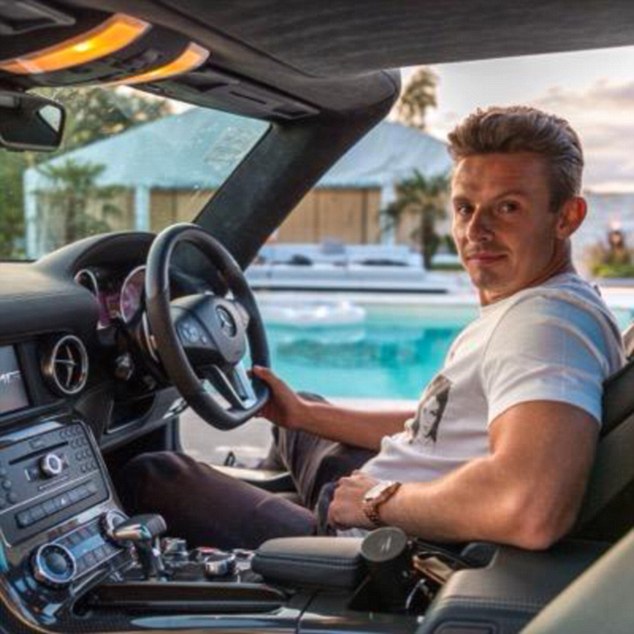 A luxury car dealer, Carl Hartley (pictured), 30, from Derbyshire, is reportedly worth a whopping £23million

A luxury car dealer, Carl Hartley, 30, from Derbyshire, is reportedly worth a whopping £23million.

The father-of-one, who is married to wife of five years Mitzi Hartley, 24, has appeared on the Sunday Times Rich List for the last three years.

He sells motors to the rich and famous including Crystal Palace star Wilfred Zaha.

Mr Hartley’s Instagram account features images of luxury, including fleets of super cars, champagne and captions comparing his lifestyle to the Great Gatsby.

But his top earnings aren’t a cut on what his father Tom Hartley is believed to be worth with an estimated £130million. 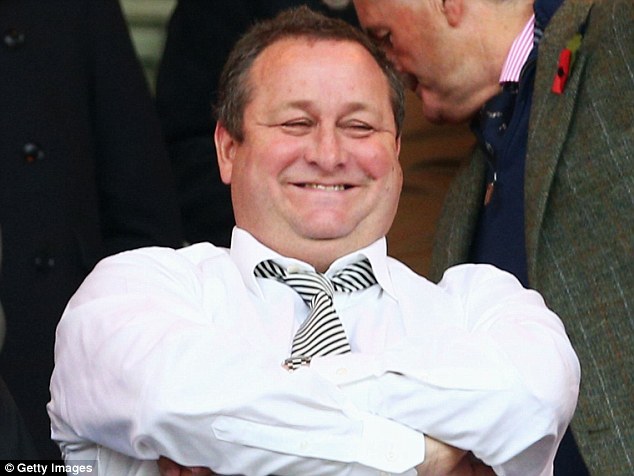 Sports Direct boss Mike Ashley is worth an estimated £2.4billion.

He opened his first Sport and Ski shop in 1980 at Maidenhead and grew up in small bungalow in Burnham, Buckinghamshire.

Now 53, Ashley, of Totteridge, North London, turned that first store into the Sports Direct empire, making himone of the richest people in the UK.

Last week the father-of-three bought the House of Fraser chain for £90million – just 82 minutes after it was plunged into administration.

He has already pledged to make the chain, which employs 17,000 people, the ‘Harrods of the high street’ but admitted he is unlikely to keep all 59 stores open.

And in October 2017, he put his beloved club Newcastle United up for sale – and hopes to sell the Magpies by Christmas.

The tycoon also has a £5million helicopter for his commute into work. Best know for his role as Jason Grimshaw in Coronation Street until 2016, Ryan Thomas was left bankrupt in 2013

Best know for his role as Jason Grimshaw in Coronation Street until 2016, Ryan Thomas was left bankrupt in 2013.

The 34-year-old from Manchester was revealed to owe £40,000 to the Inland Revenue.

This is despite the star earning an estimated £90,000-a-year for his role in the long-running drama.

It was reported by the Daily Mirror that the soap heartthrob’s bankruptcy was confirmed on October 4, 2013, in the High Court Of Justice.

It was later reported in The Sun that he was doing £2,000 a pop nightclub appearances to pay off his bill.

But the actor will soon have money to spare no doubt as he reportedly signed on for this year’s Celebrity Big Brother for £500,000.

In a pre-CBB interview, Ryan said, ‘Having something like bankruptcy all over the media, I found it very embarrassing. I’m putting it behind me, I’ve learnt a lesson… I always put money away now.’ 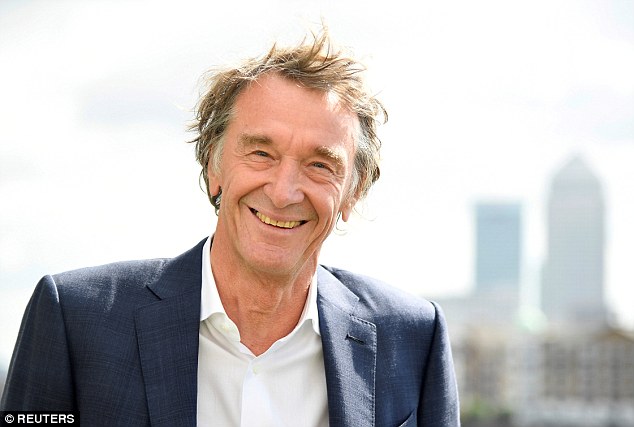 Sir Jim Ratcliffe, who founded chemical firm Ineos, was named as the richest man in the UK this year with a net worth of £21.05 billion

Sir Jim Ratcliffe, who founded chemical firm Ineos, was named as the richest man in the UK this year with a net worth of £21.05 billion.

He is the first UK-born person to top the Sunday Times Rich List since the Duke of Westminster in 2003.

The 65-year-old, who grew up on a council estate in Greater Manchester, saw his wealth increase by an astonishing £15.3 billion between 2017 and 2018.

He shot to the top spot from 18th place after the success of Ineos, which he owns a 60 per cent stake in.

The company’s annual turnover is about £45 billion and it employs more than 18,500 people at 181 sites across 22 countries. 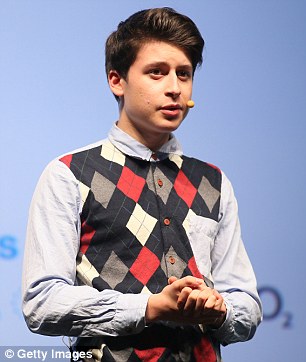 Nick D’Aloisio, of London, is reportedly worth £20million

Its products are, among many other things, used to clean water, make toothpaste, manufacture antibiotics, insulate homes and package food.

Nick D’Aloisio, of London, is reportedly worth £20million, say the Sunday Times.

The 22-year-old founded news summary app Summly, which he famously sold to Yahoo aged 17 for a reported $30 million.

The British computer programmer is recognised as one of the youngest self-made millionaires in history.

He was awarded the title of ‘Innovator of the Year’ by the Wall Street Journal as well as one of the most influential teenagers in the ‘TIME 100’ by the TIME Magazine. 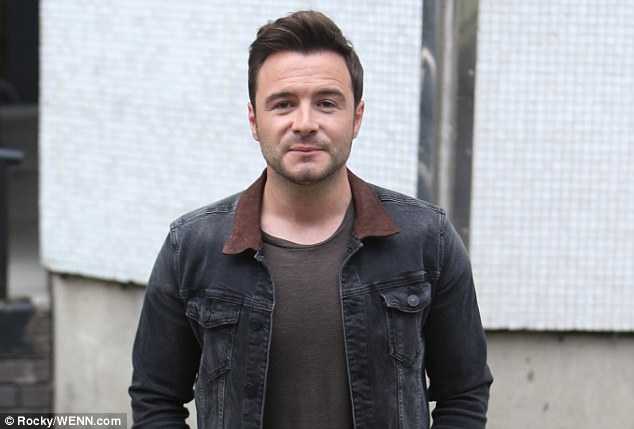 Despite being a part of one of the most successful UK bands, Westlife-singer Shane Filan was declared bankrupt in 2012

Despite being a part of one of the most successful UK bands, Westlife-singer Shane Filan was declared bankrupt in 2012.

His company with brother Finbarr, Shafin Developments, went bust after borrowing millions from the Bank of Ireland and Ulster Bank.

During the economic boom the siblings borrowed millions from the Irish banks to build a 90-strong housing development along with a nursing home and supermarket in Dromahair, Co Leitrim – close to Shane’s home in Sligo.

These plans were scrapped when the company went bust and Shane filed for bankruptcy in Kingston County Court.

Relocating to Surrey, Shane and wife Gillian were forced to sell their home in Sligo – valued at €10 million during the financial boom – for €800,000 in 2014.

Shane – who sold more than 10 million records as part of the Irish boyband Westlife – has since spoke openly about his financial troubles.

Writing in his 2014 biography My Side Of Life, he said: ‘My whole life flashed before my eyes. It felt as if somebody had died. Everything was gone – my home, the cars, all our money. I sobbed inconsolably. This was the bottom of the barrel.’