Dozens of young male gorillas in zoos across Britain and Europe are set to be castrated because ‘they’re too hard to manage’.

Instead of letting them develop into mature silverbacks – which are incredibly strong, and aggressive – scientists want to start making them more like butch females.

As young males get older they start to challenge their fathers and have to be kept separately which can make them difficult to manage. 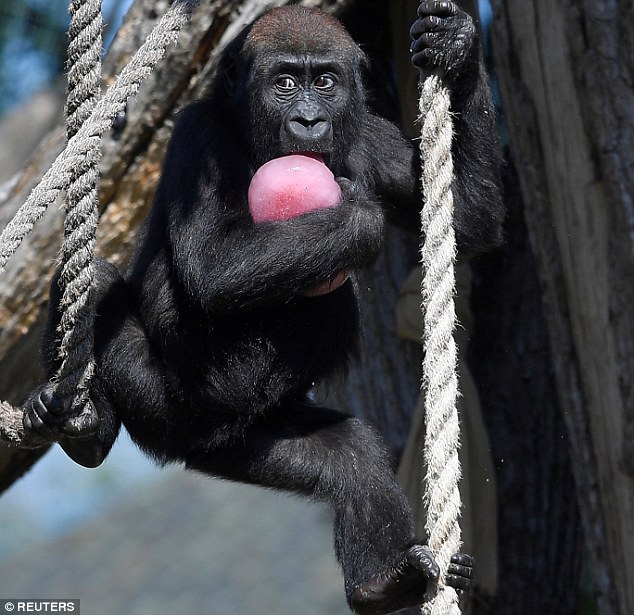 Young male gorilla Gernot is on so-called ‘castration row’, waiting for scientists to decide if he’ll be castrated 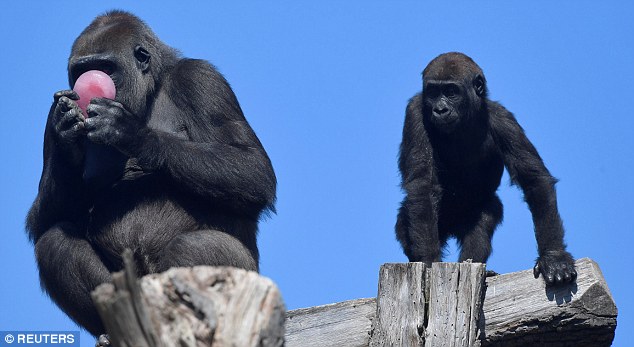 Castration involves the apes having their testicles surgically removed.

A three-decade long project to breed 500 endangered western lowland gorillas around European zoos was so successful that there are now an abundance of males.

The project involved 74 zoos, including London and Chessington.

The castration programme is overseen by the European Association of Zoos and Aquaria (Eaza).

Eaza director of communications David Williams-Mitchell told The Sunday Times that castration was an ‘ethical alternative’.

He said: ‘Carried out at a young age, [it] prevents development of the full range of adult male characteristics and behaviours… research points to castrated animals continuing to live in their original family groups with no problems.’ 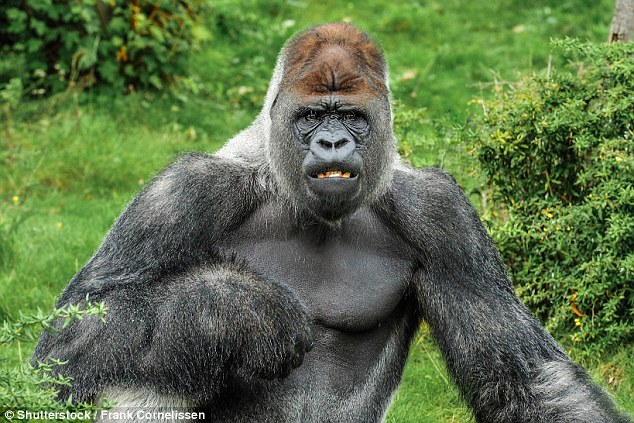 A study involving 75 gorillas of all ages found the castrated ones were more tolerant of being near other gorillas than ones who had not had it.

Now young captive gorillas are on so-called ‘castration row’ as they wait for scientists to decide if they will be allowed to develop naturally.

There are 40 male and 60 female gorillas in British zoos.

The castration project has drawn criticism from animal rights’ groups and anti-zoo campaigners.