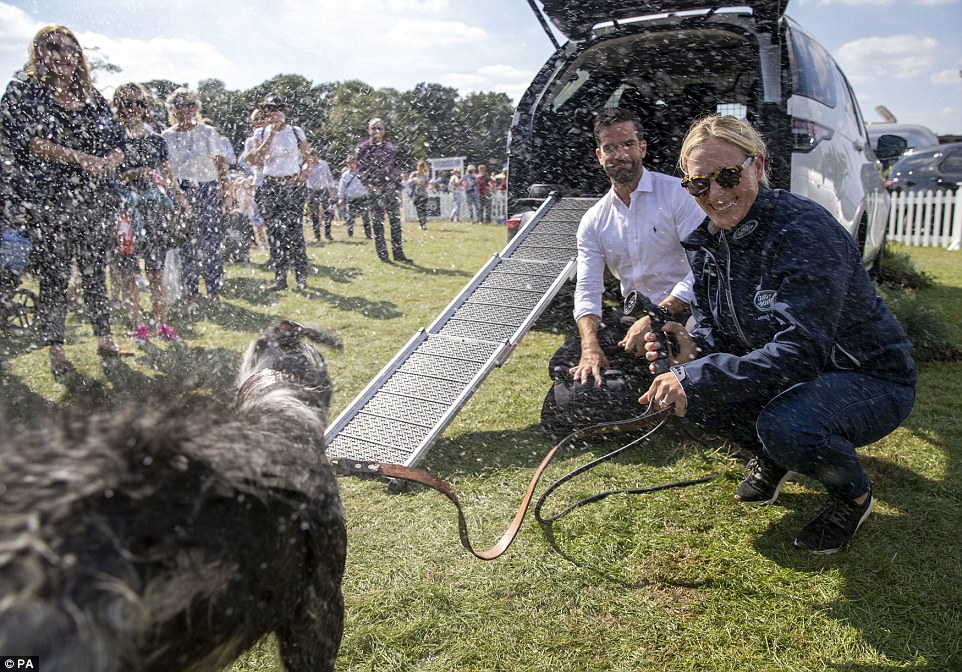 Zara Tindall was pictured alongside Gethin Jones as they washed mucky pups at the Burghley Horse Trials in Stamford, Lincolnshire, earlier today 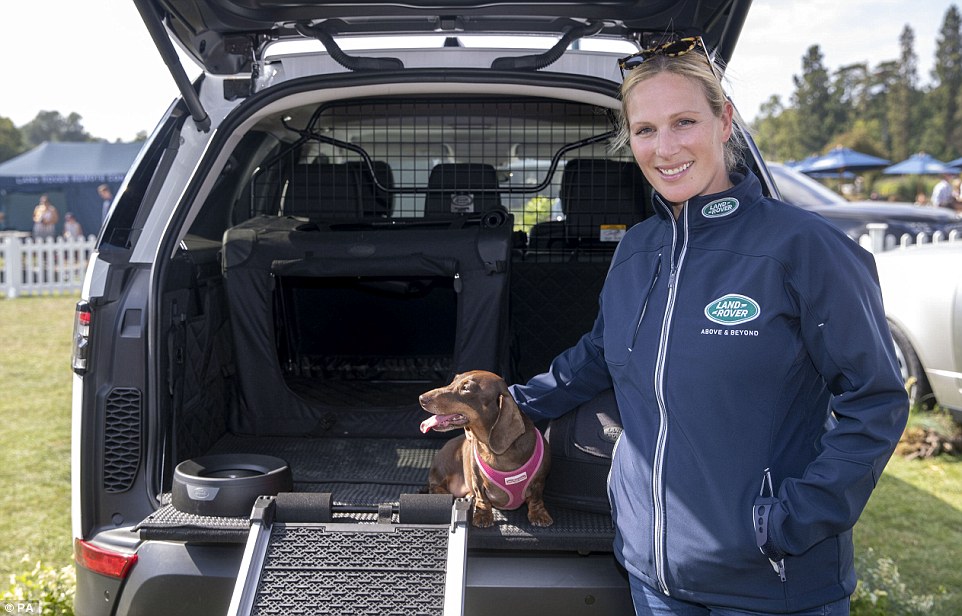 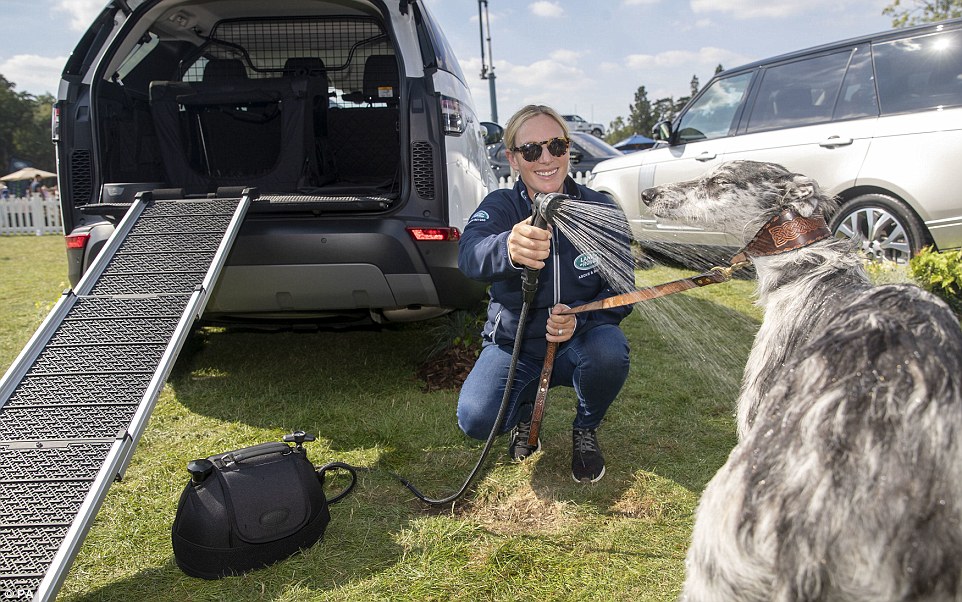 Zara, who is married to former rugby star Mike Tindall, 39, has since said she hasn’t ruled out a second Olympics.

The royal won a silver medal with the GB equestrian team at London 2012 and said the desire to compete at the highest level is still strong.

Speaking in a new video interview as a Land Rover ambassador this week, Zara shared how childbirth had affected her: ‘The first time around my body was in so much shock. It was like, ‘”what the hell have you done to me?”‘ before adding: ‘But I’ve recently done a couple of competitions and it feels good actually.’

Two weeks ago Zara rode in a three-day Somerford Park event while en route to visit the Queen at Balmoral, before riding at the Wellington Horse Trials in Hook, Hampshire, earlier this week.

In a light-hearted video for the car brand, she told interviewer David Flatman, who she referred to as ‘Flats’: ‘To be in London, the crowd, the whole Olympic experience, I can’t tell you, it gives me goose bumps talking about it. It is incredible.’ 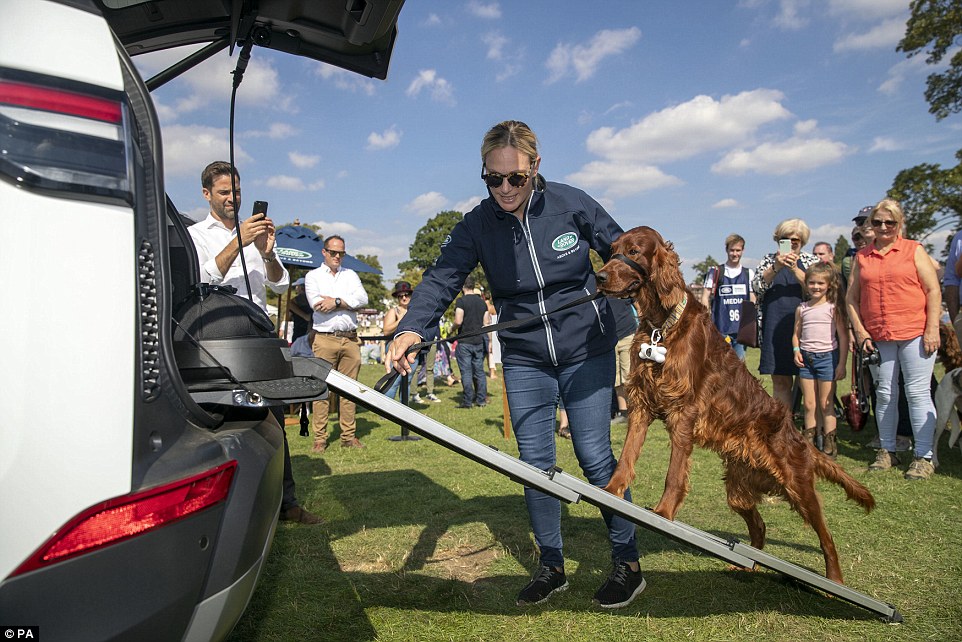 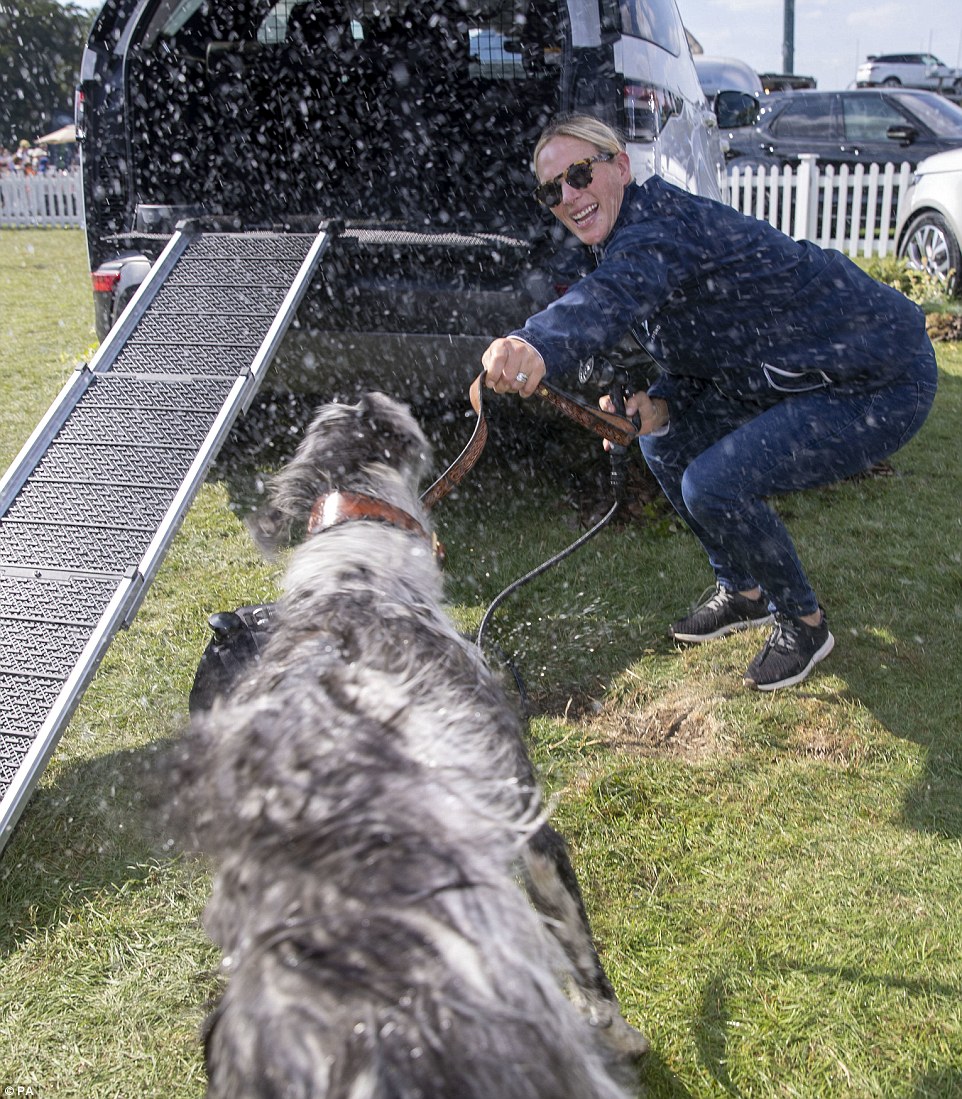 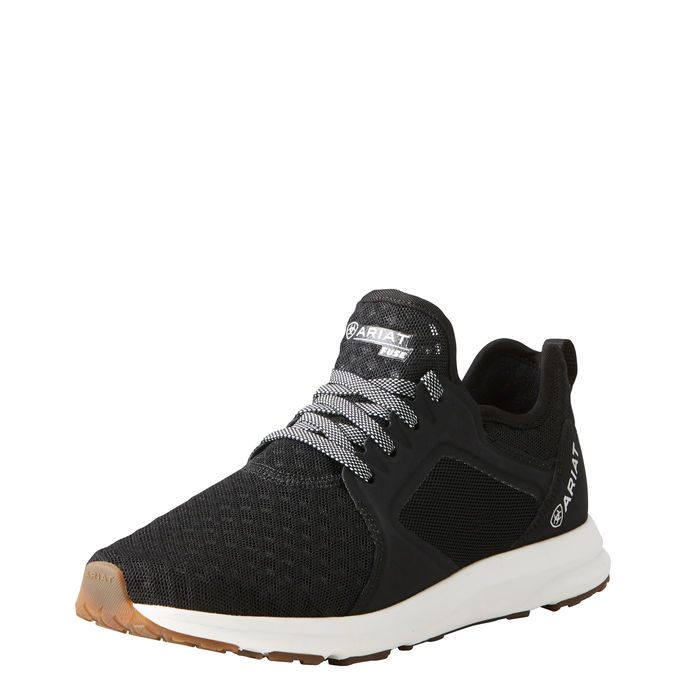 Get them now here!

Zara Tindall used a hose to clean her dogs at the Burghley Horse Trials at Stamford, Lincolnshire, on Saturday, wearing a Land Rover windbreaker, jeans and black mesh sneakers.

The Queen's granddaughter wore sneakers by famed equestrian footwear and apparel maker, Ariat. She's wearing the "Fuse" sneakers and we love the mesh fabric that must be oh-so-comfortable to wear and the clean lines of this trainer. The best part is that they're incredibly affordable at only $99.95. So click right to get your very own pair.

Celebrities are wearing black sneakers en masse with Kourtney Kardashian and Hailey Baldwin as the latest proponents. So check out our gallery below where you'll find black mesh lookalikes that would do Zara proud. 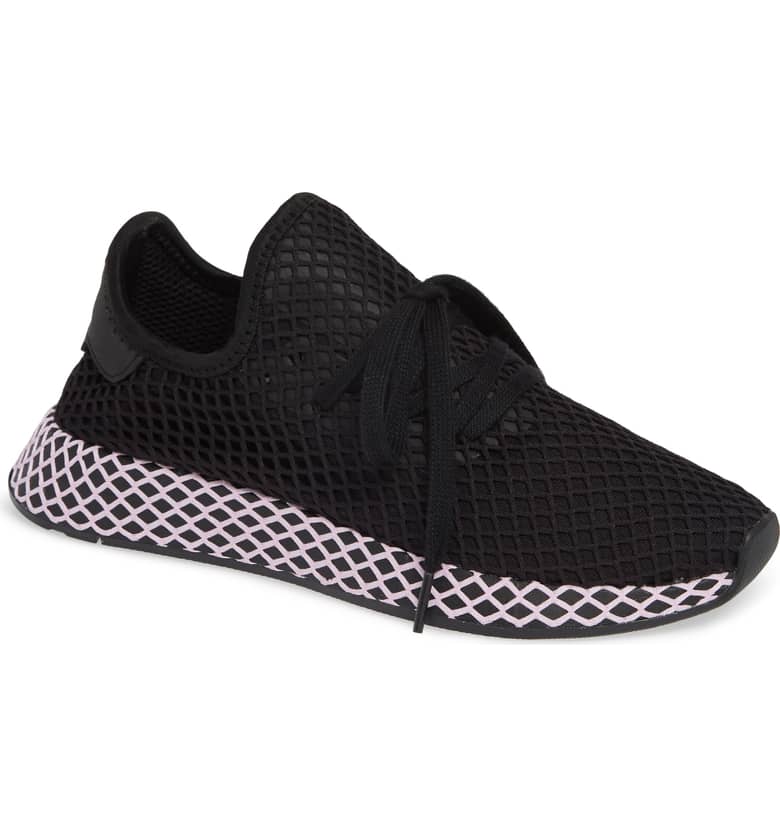 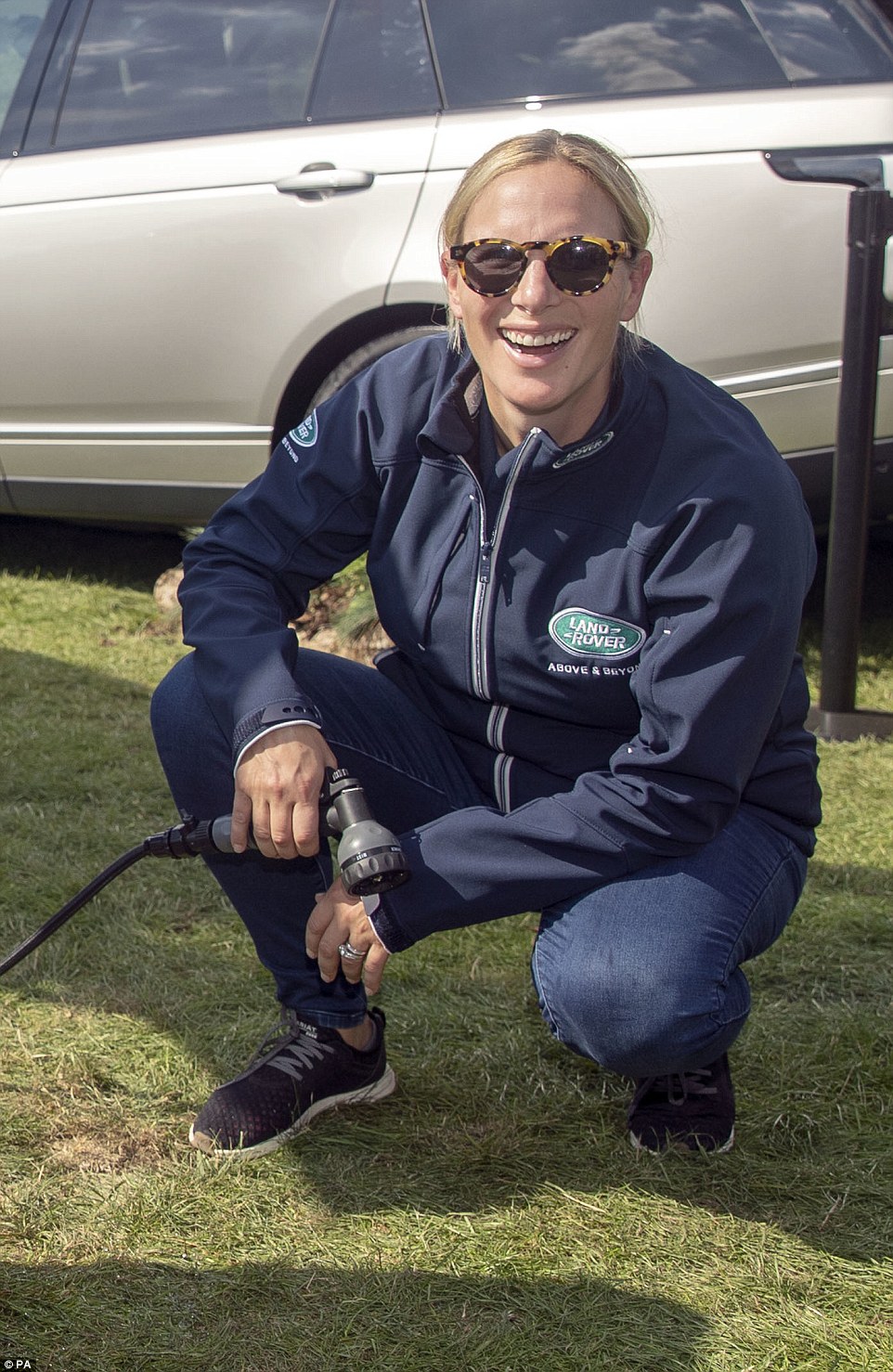