‘I regret that’: Ben Cohen’s ex-wife Abby reveals remorse over branding Strictly’s Kristina Rihanoff ‘a f**king Russian dancer’ after rugby star left her for bombshell but admits BBC show ‘did me a favour’

Abby, 42, made the comment back in 2015, less than a year after her ex-husband Ben, 43, left her for Strictly’s Kristina, also 43, after being partnered up with the blonde bombshell during his 2013 stint on the BBC ballroom show.

Speaking in a new interview, Abby – who shares 13-year-old twin daughters with Ben – shared her remorse while admitting that despite Strictly having caused the breakdown of their marriage, she feels the show ‘did her a favour’ in hindsight. 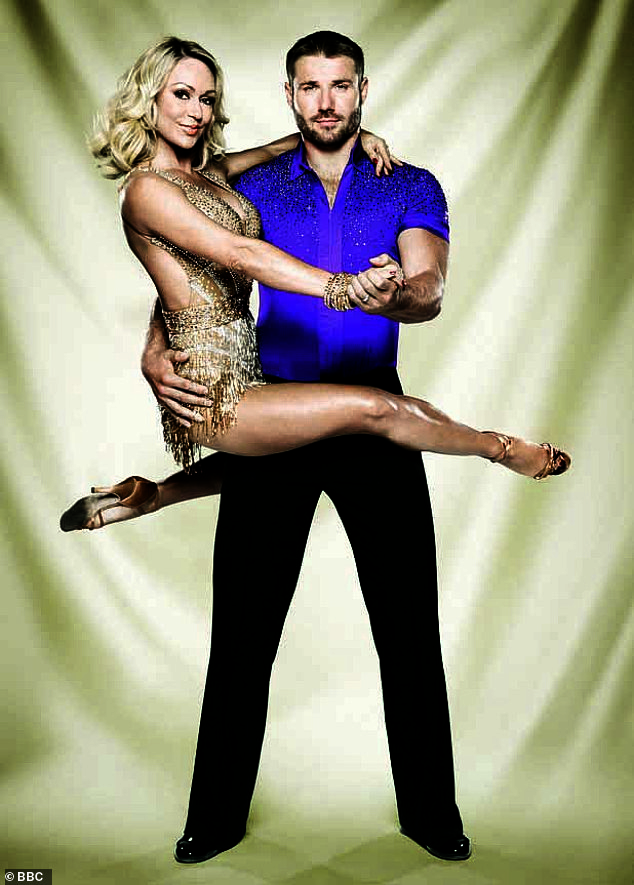 Past comment: Abby made the comment back in 2015, less than a year after her ex-husband Ben, 43, left her for Strictly’s Kristina, also 43

Abby told new! magazine: ‘At the time of the break-up, when hugely stressed, I once angrily referred to Ben’s partner as a ”f***ing Russian dancer” to a journalist hassling me. I regret that now.’

Speaking in 2015, Abby remarked to The Sun: ‘My husband, who I was with for 23 years, unconditionally loved and was completely loyal to in every respect, has left me for a f**king Russian dancer.

‘The last two years have been the most traumatic thing to ever happen to me. He’s done the dirty on me. I want people to know.’

Opening up to new! about watching her marriage ‘disintegrate’ before her eyes, Abby – who fell in love with Ben after meeting him aged just 16 – explained: ‘I sat in the [Strictly] studio audience each week smiling, but looking back, I see I was terrified.’ 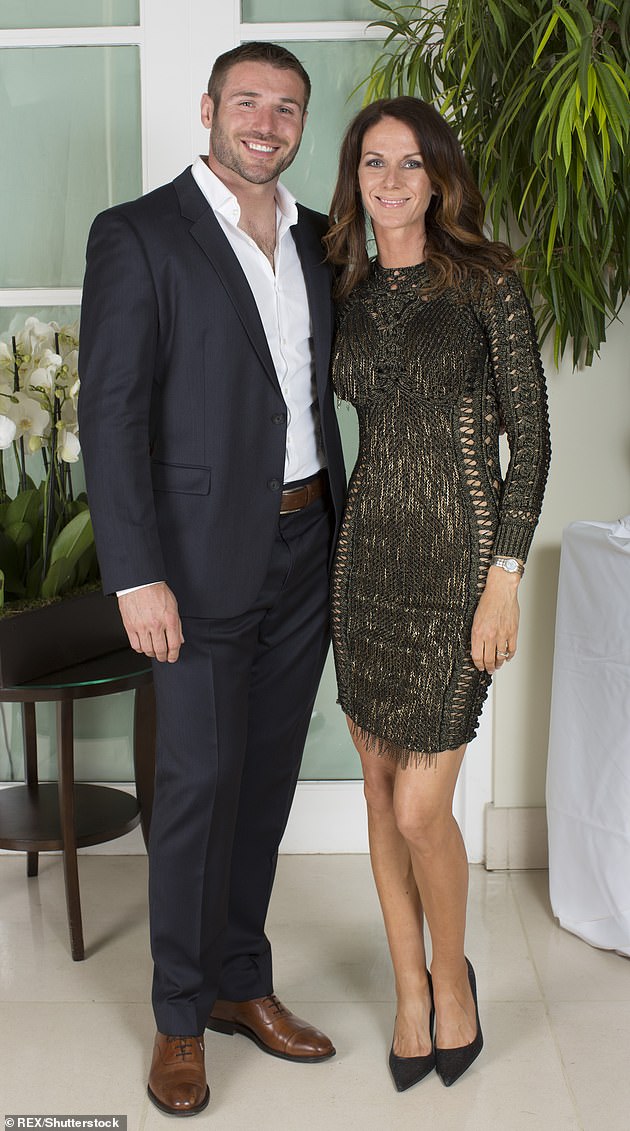 Ex: Abby was married to the rugby player-turned-Strictly contestant for 11 years (pictured in 2014 – the year they split) 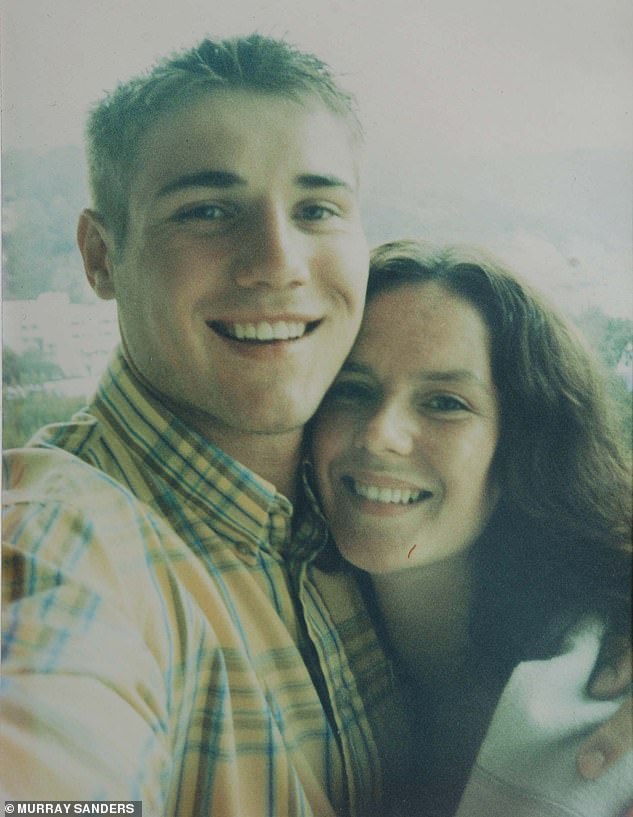 Way back when: Abbey pictured with her ex husband Ben when they were childhood sweethearts aged just 17 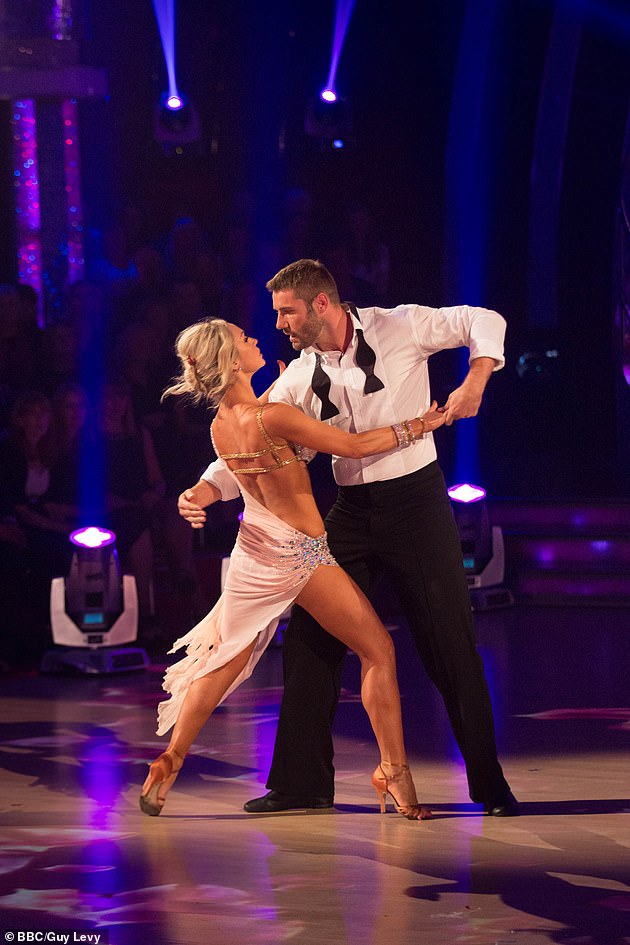 Emotional: Abby admitted that she won’t be watching Strictly this year as ‘even the music triggers too many feelings’ (Ben and Kristina pictured in 2013)

She added: ‘Thankfully, I don’t recognise that frightened woman now, I’m so different. Perhaps Strictly did me a favour in the long run.’

While admitting that she won’t be watching Strictly this year as ‘even the music triggers too many feelings’, Abby also made sure to stress that Ben ‘was and still is a fantastic hands-on father’.

Revealing that the news Ben and Kristina were expecting a child of their own felt ‘like a dagger’ when it broke in 2016, Abby bravely added that ‘she couldn’t imagine going through this hell’ but insisted ‘if I can, anyone can’.

She also shared that she was unable to eat, sleep or ‘get out of bed’ when her and Ben’s marriage ended and suffered two mental breakdowns.

Looking to the future, Abby – who has since found love with her partner Dave – gushed that she is ready for her next chapter. 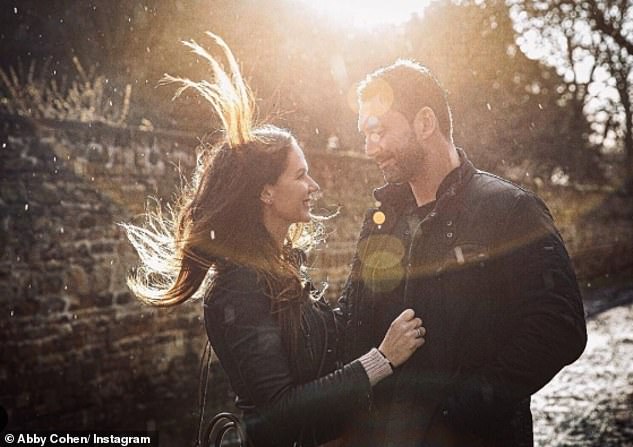 Optimistic: Looking to the future, Abby – who has since found love with her partner Dave (pictured) – gushed that she is ready for her next chapter